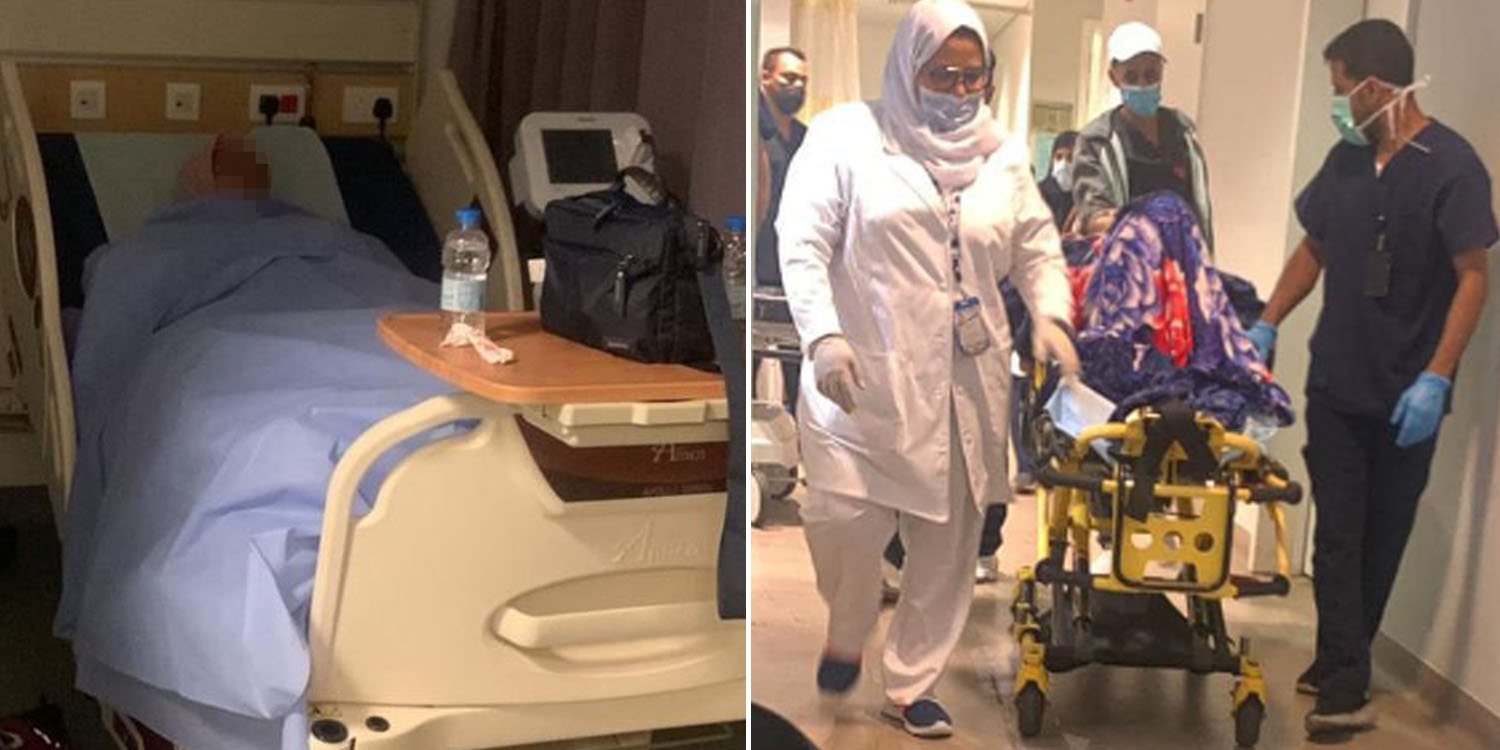 She was due to fly home on 1 Jun but stayed after vomiting at the airport.

When overseas, one of the worst things that could happen is falling sick and being in need of urgent medical attention. That was unfortunately the case for a Singaporean lady.

While on a pilgrimage in Saudi Arabia, a lady with cancer started feeling ill and came down with a cough and fever. Her symptoms have reportedly worsened, leaving her now in critical condition.

The lady’s relatives are thus seeking funds to pay for her medical bills and flights to bring her home.

Lady had cough & fever during pilgrimage in Saudi Arabia

According to BERITAMediacorp, Ms Rosanah Sahar had gone to Saudi Arabia on an undisclosed date to perform Umrah with Tarbiah Projects, presumably an agency that organises travels for Hajj and Umrah.

Though she was scheduled to return to Singapore on 1 Jun, Ms Rosanah started coughing midway through the trip and eventually came down with a fever.

In addition to the flu-like symptoms, the pilgrim also had bruises on her arms.

Over the next few days, Ms Rosanah’s condition reportedly worsened and she began bleeding from her nose.

She was subsequently brought to a clinic where she underwent a blood test. Doctors later said that Ms Rosanah suffered from low blood platelet levels.

She apparently slept through the rest of the day after receiving basic medication.

Following the conclusion of the Umrah, Ms Rosanah’s nose began bleeding “non-stop” at the airport in Saudi Arabia, stated BERITAMediacorp.

Instead of boarding the flight back home, she was conveyed to a hospital where she spent the night.

Despite receiving permission to board a flight back the next day, she started vomiting blood in the morning at the airport and was immediately sent to a hospital where she’s currently in critical condition. 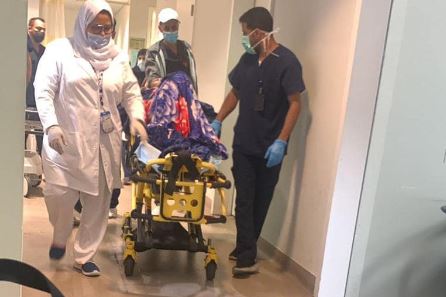 After learning what had happened, Ms Rosanah’s son reportedly flew over to Saudi Arabia on 2 Jun and is currently in the city of Jeddah.

One of Ms Rosanah’s nieces also penned a Facebook post detailing the unfortunate events and is appealing for funds to cover her aunt’s medical bills and flights. 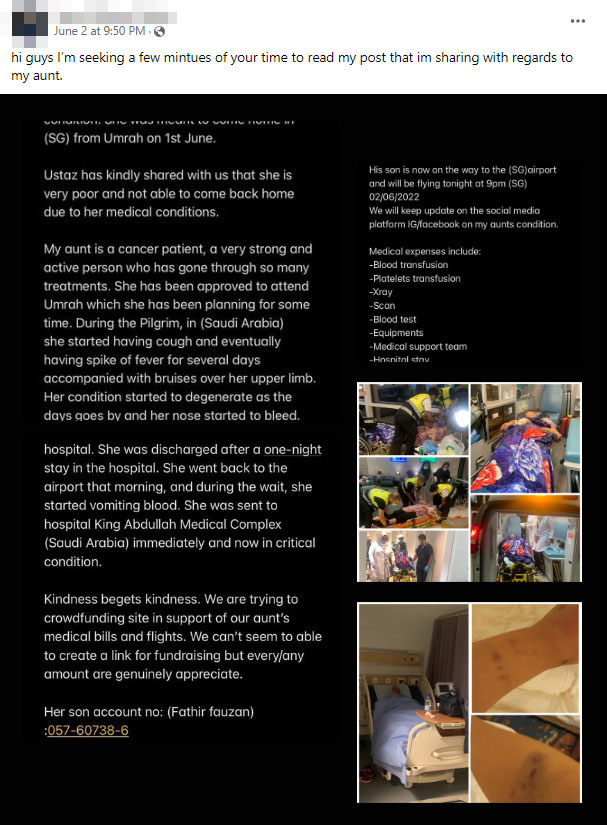 Though the post did not include details about Ms Rosanah’s medical fees, some of the procedures she has undergone apparently include:

Those who wish to donate to the cause may do so according to the details in the Facebook post.

It’s bad enough to fall sick with such serious symptoms, let alone in a foreign land far away from home.

We hope Ms Rosanah will be able to pull through these difficult times and return home to her loved ones here in Singapore.