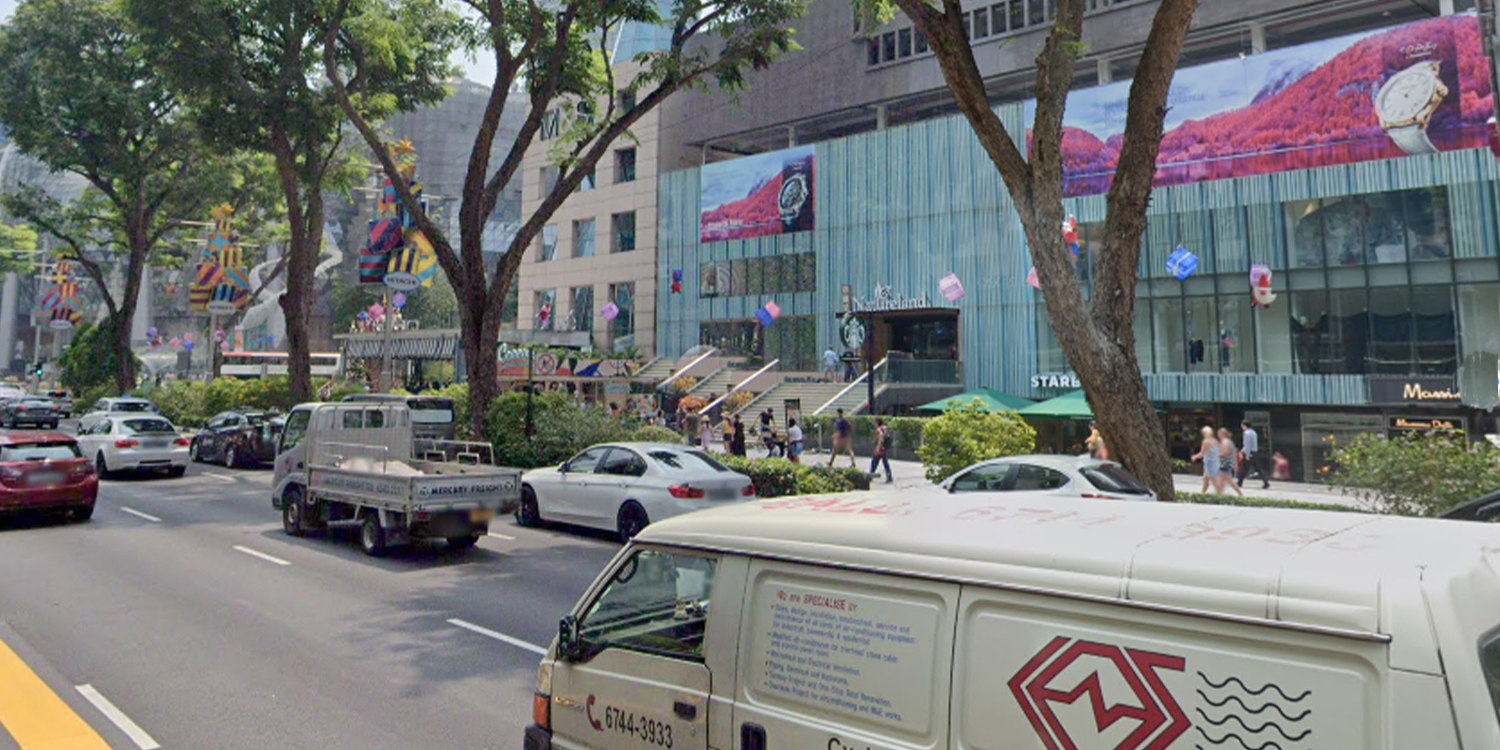 A grace period for delivery riders is also possible.

Technically, parking your bike on a pavement is illegal. However, sometimes there are reasons for temporary parking, especially for delivery riders. 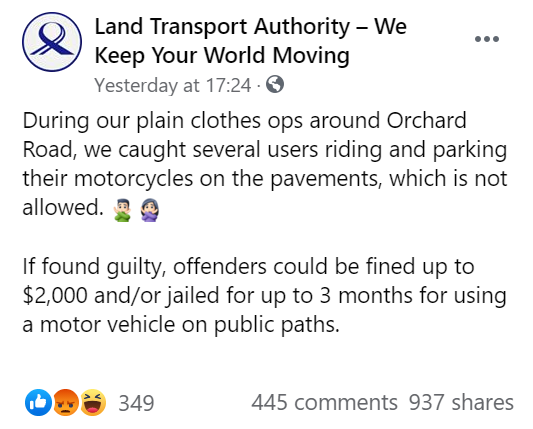 This comes after news reports of the amount of bikes parked in the area.

However, this didn’t sit well with many riders, who said there aren’t enough parking lots in the Orchard area.

They call instead for a solution to the problem, which is that there isn’t enough grace period for them.

Officers in plain clothes were out and about, looking out for bikers breaking the rules.

The New Paper reported on 1 Oct that there were many bikers parked along the Orchard area, especially near Shake Shack. 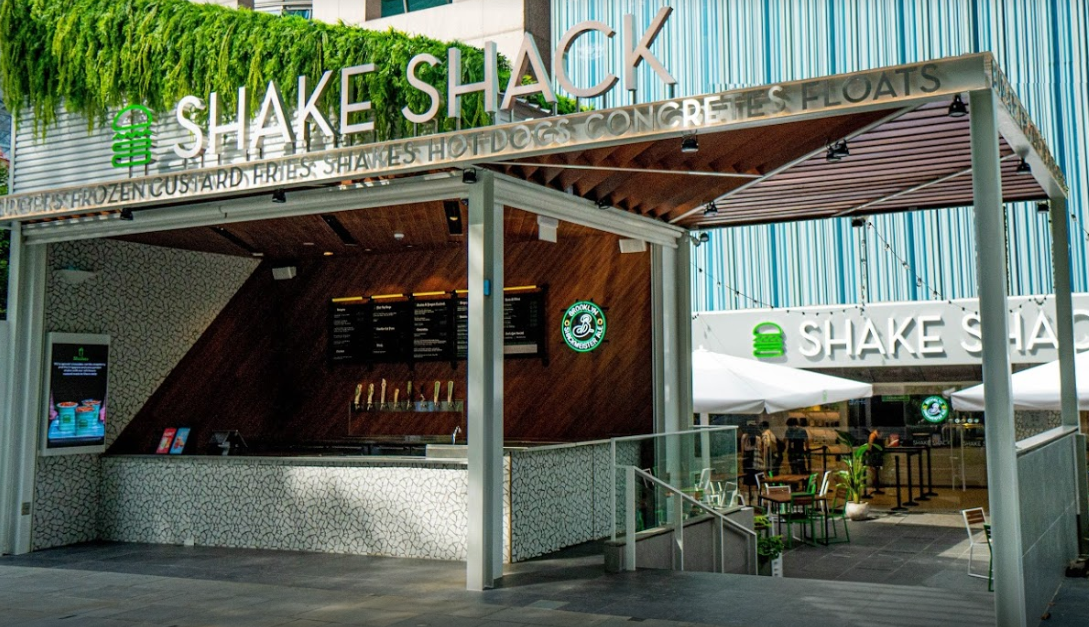 They were largely there to pick up orders from the fast food restaurant, but there aren’t any proper parking options nearby.

One of the images LTA posted prominently features a GrabFood bag on the bike. 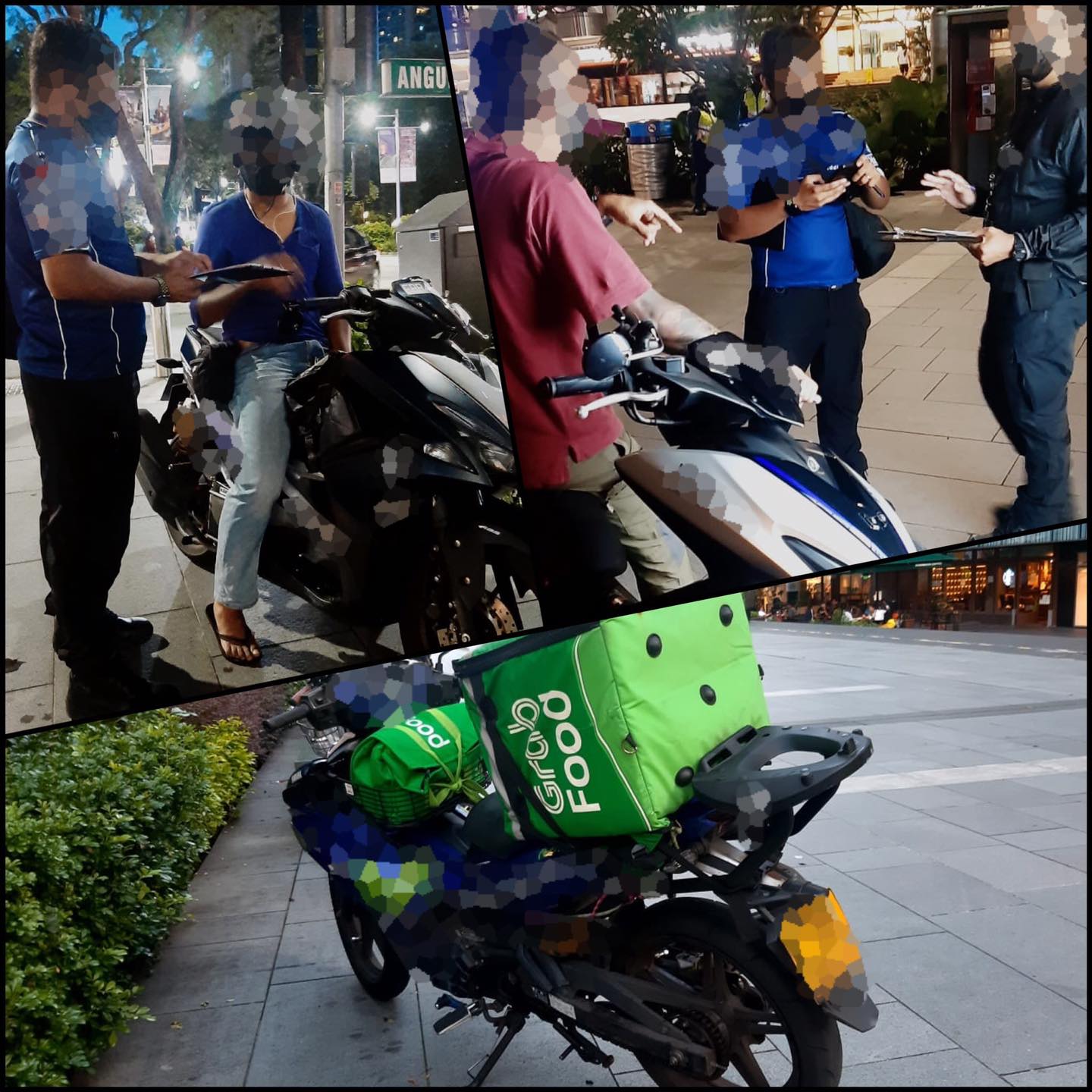 Netizens ask for solution to delivery riders on pavement

However, the comments were quick to point out a seeming flaw with these fines.

That is, there appears to be insufficient parking lots for bikes in the area, and the ones available aren’t cheap.

One netizen points out this fact, and asks for a solution instead of the negative fining approach.

Such as, a designated parking area for delivery riders.

Others ask for some leniency as it’s not as though they are parking their bikes there for the entire day.

You might recall that the issue of delivery riders and their problems was raised by an MP in Parliament.

Hany Soh of Marsling-Yew Tee GRC had received feedback that delivery riders tend to run into fines because of their need to park temporarily to drop off or pick up their food.

Delivery Riders Should Get 15-Min Grace For Parking To Ease Worries Over Fines, Says Hany Soh

She then raised the issue during a Parliament session last month. However, it may not be enough time for a concrete solution to pass.

Need for solution, not fines for delivery riders

Certainly, we’ve identified an issue here — riders need to park their bikes somewhere so they can pick up or

However, as there aren’t any designated slots for them, they have to park on the pavement. This can lead to congestion, especially if many are parked at the same place.

It’s also illegal for them to do so. So there’s a need for a solution, and perhaps fining them isn’t one.

Hopefully, the authorities will be able to roll out a more permanent solution to the congestion faced, without resorting to fines.