S’poreans Treated To Dreamy Sunrise On 12 Nov, One Spots Moon, Venus & Sun In The Same Sky

There are 2 kinds on people in this world: early birds and night owls.

While there’re benefits for either one, it seems that the early bird does catch the worm (or sunrise). Some Singaporeans who rose early this morning were greeted by a dreamy sunrise that radiated shades of orange, blue and purple.

Some Singaporeans who were already at work were greeted with a splash of colours as the sun peeked over the horizon.

One Facebook user was already near the port, when he observed how the sky was painted with a complex palette of colours. 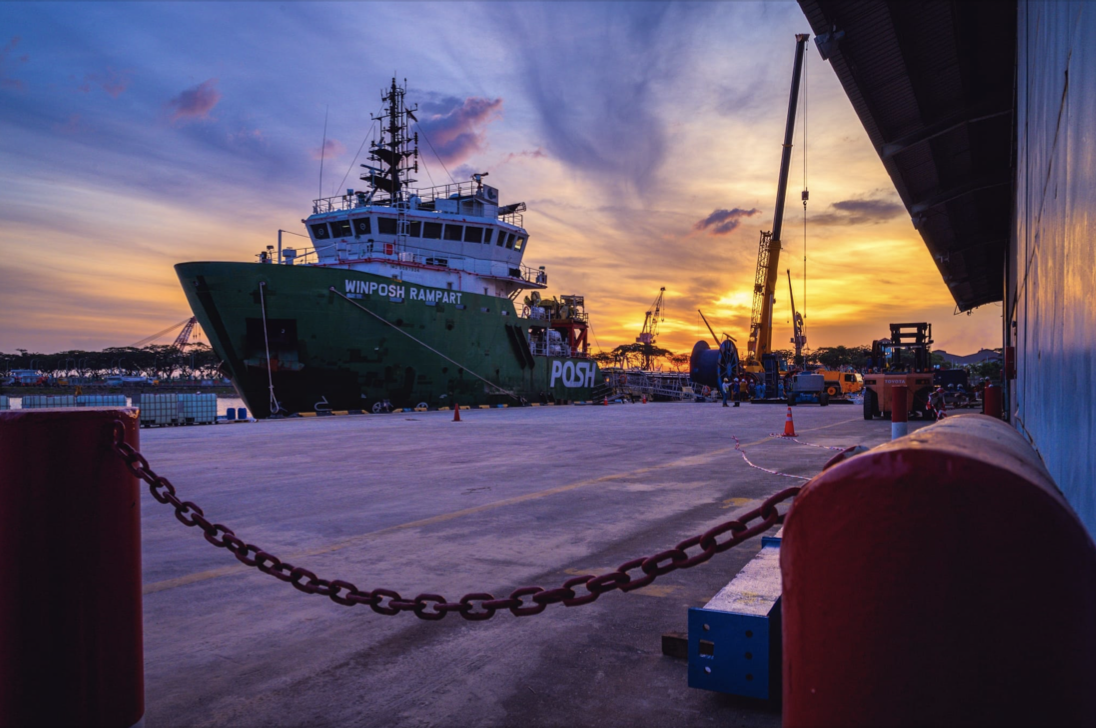 Another netizen was in Ang Mo Kio when the sun peeked from behind an HDB flat. 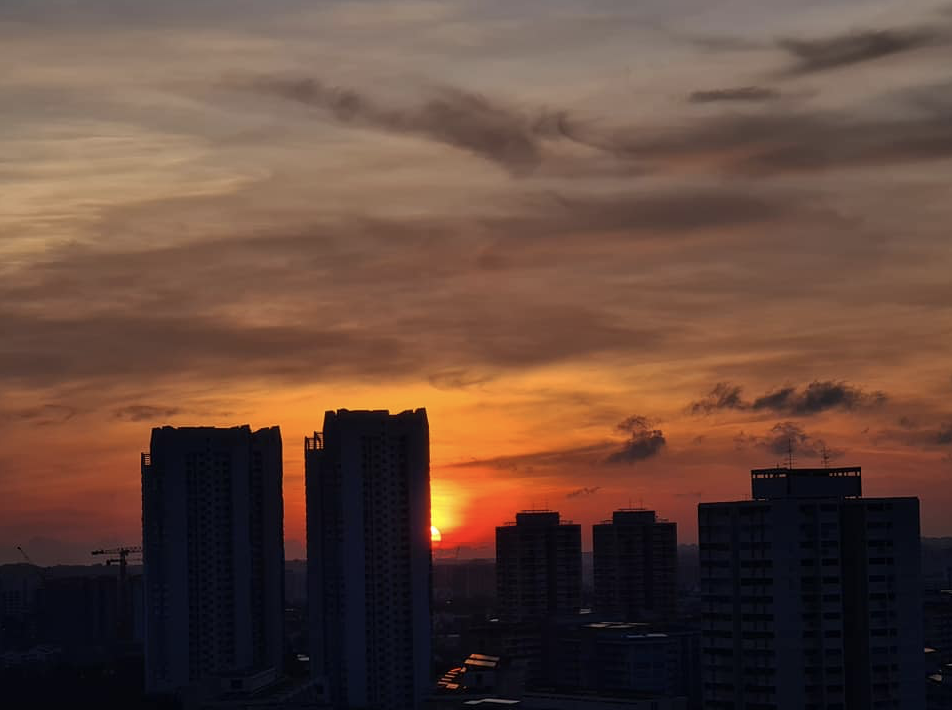 This time though, almost the entire scene was filled with an intense orange.

3 of the brightest in one sky

Some of us who didn’t hit the snooze button before the sun rose managed to catch our top 3 brightest celestial bodies in the morning sky at the same time.

One early riser managed to catch Venus and the crescent moon high in the sky, while waiting for the sun to rise over the horizon. 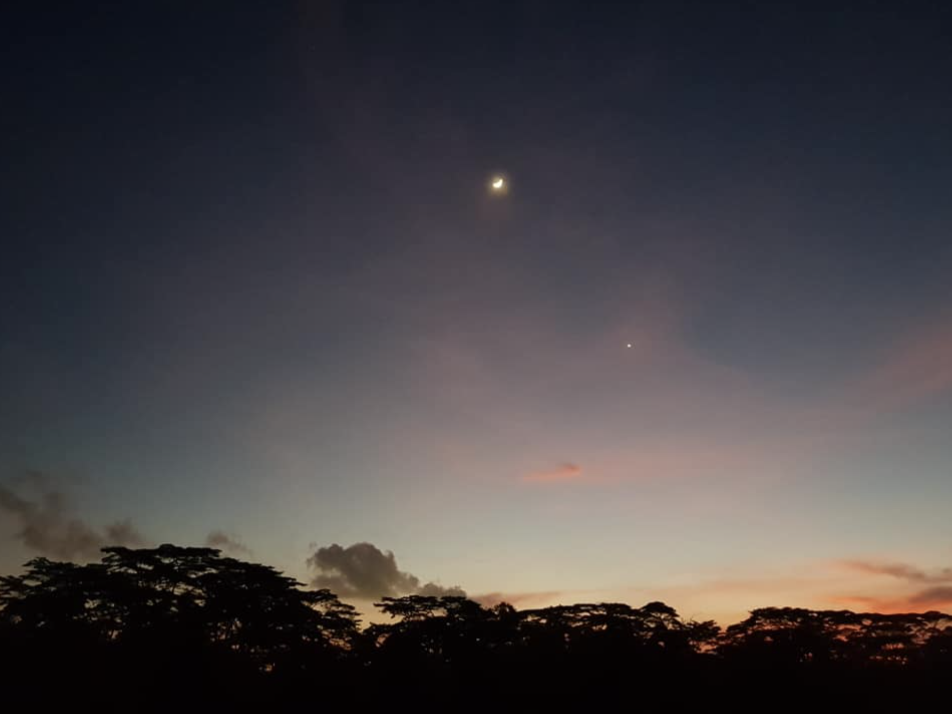 According to EarthSky.com, Venus is the 3rd-brightest celestial object after the sun and moon.

However, as the sun climbed higher, Venus’ light faded away and was replaced by dazzling gold and turquoise tones. 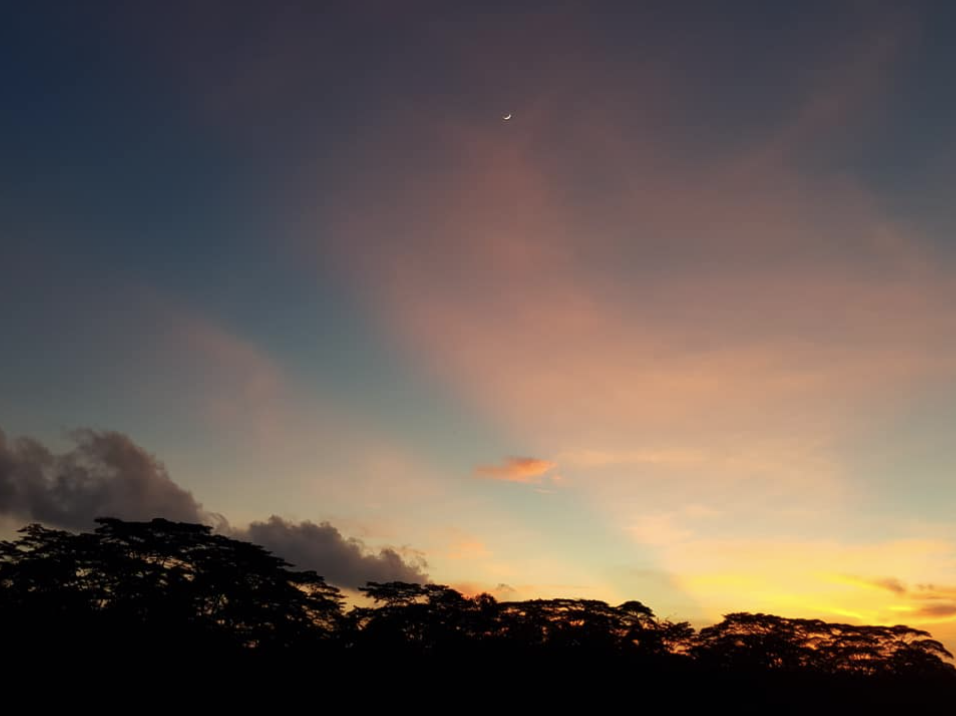 While we wish we could be awake early enough to snap some pictures like these, alas, the night owl in us will fight the snooze button with all our might.

One of the perks of being an early riser is having the chance to catch dreamy sunrises and a fiery sunset in the same day.

For those who live far away from our workplaces, a beautiful sunrise may be the silver lining to pre-dawn alarm clock timings. After all, they literally brighten one’s day.

Perhaps these pictures will spur some of us to wake up early to catch some beautiful sun rays over a morning jog or coffee.