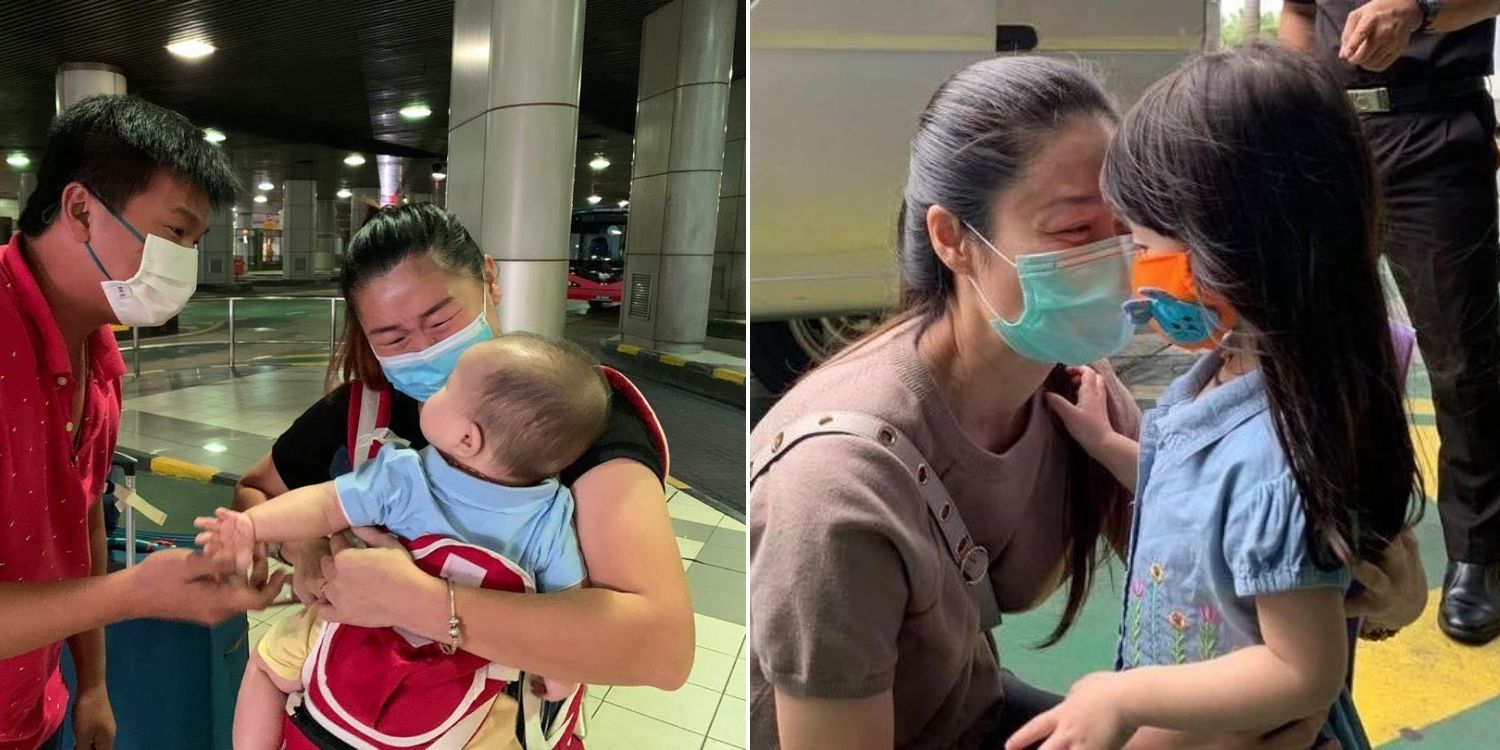 Every family has a heartbreaking story of separation.

The Covid-19 pandemic has caused almost all countries in the world to put up border restrictions, and in the process causing families to be separated.

Many of our Malaysian cousins working in Singapore had to choose between their livehihoods and their families, with parents not being able to see their young children for months.

After such a long separation, we can’t blame the families of 9 Malaysian children for being emotional at finally seeing their beloved little ones again. The kids were tearfully reunited with their parents on Saturday (26 Sep), in a sight that would melt the coldest heart, recounted Johor state assemblywoman Liow Cai Tung in a Facebook post. For those whose Chinese-reading skills aren’t up to par, Ms Liow recounted the heartbreaking stories of some of the Malaysian families that were separated.

She said the 9 children were left behind in Malaysia as their parents went to work in Singapore. They ranged from 6 months to 4 years old.

They came from across Malaysia, including states like Pahang, Selangor and Johor and cities as far away as Ipoh. Normally, their parents would cross the Causeway every weekend to see them, but those plans were thwarted when Malaysia closed its borders for a lengthy lockdown.

Not being able to return home as that would mean losing their jobs in Singapore, the parents had no choice but to leave their children under relatives’ care and communicate with their children over the phone and Zoom. Ms Liow said of the 8 families who were reunited on Saturday, every one of them had their own story.

For example, a mother was in tears as she hadn’t seen her child for so long.

On the other hand, caregivers who’ve been surrogate parents to their wards for an equally long time were also in tears as by now they can’t bear to part with them.

A child was also crying, as they were too young to remember their mother after such a long separation, and couldn’t bear to leave their grandmother who has been taking care of them all this while. Ms Liow especially highlighted the story of Cheng Cheng, a 6-month-old baby whose father had to rush back to Singapore for work just 3 days after he was born.

His mother also headed back to Singapore to work after her maternity leave was over, leaving Cheng Cheng in the care of an aunt.

They planned to return to Malaysia to see the child every week, but Malaysia was locked down and it kept lengthening, so they were forced to see their child grow up over Zoom.

Now that Cheng Cheng returning to his parents after 6 months, the aunt told Ms Liow that she will miss the baby — after all, she has been taking care of him for his entire life.

When the aunt handed over the baby to his father, she couldn’t resist tearing up, telling the baby to behave.

During this touching scene, Cheng Cheng’s father was also red-eyed. 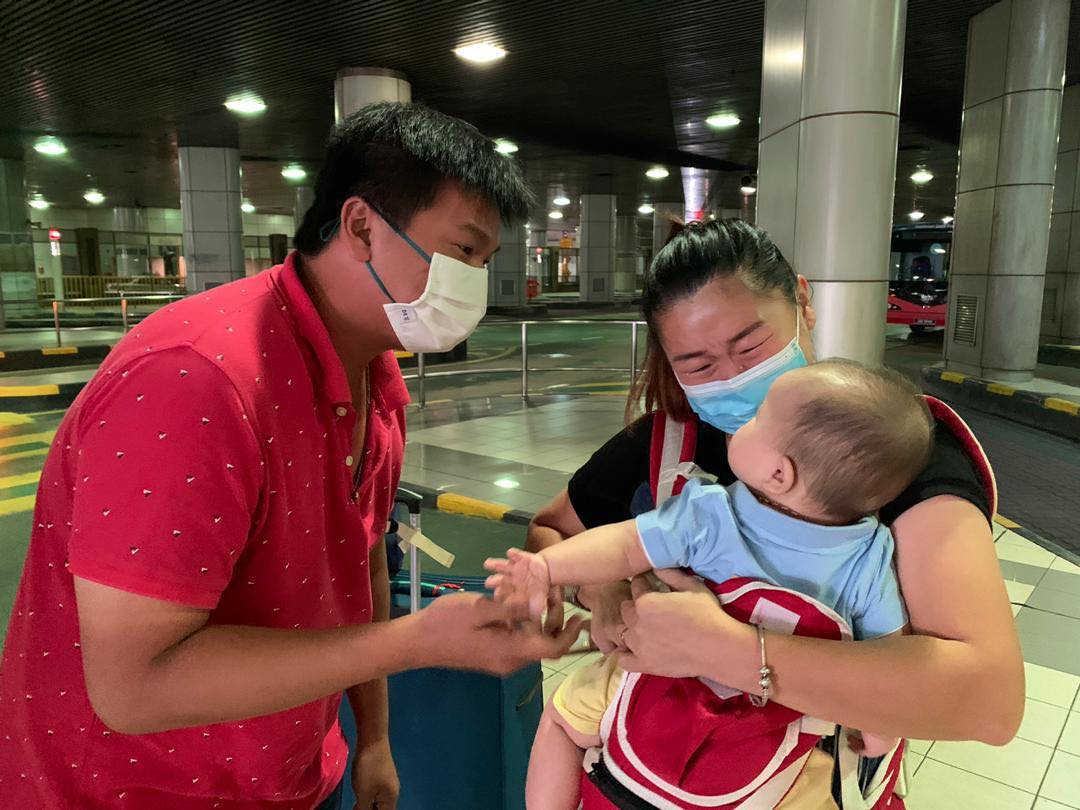 Families grateful for finally being reunited

The families were grateful to Ms Liow for facilitating the touching reunions, and sent her a thank you card. They also sent her their heartwarming photos of the happy families back together again. She was glad that these families could get back together in time to celebrate the Mid-Autumn Festival. Thanks to officials on both sides

Ms Liow said it wouldn’t have been possible for these 9 children to get through immigration on their own.

Thus, she thanked Singapore’s Immigration & Checkpoints Authority (ICA), as well as the Immigration Department of Malaysia, for making these reunions possible.

The ICA basically arranged the transport, returning the children to their parents in batches over 5 hours.

According to Ms Liow, the officials even helped the children with their luggage so they could cross over safely. Hope the border will reopen for workers soon

Kudos all around to the officials and agencies that helped facilitate the reunions.

As the Mid-Autumn Festival approaches, it’s important to spend it with family, and something like a virus shouldn’t get in the way.

We wish all the reunited families all the best — it’s terrible what they’ve had to go through, and we hope they won’t have to do it again.

And for those who’re still separated from their loved ones, we hope the Malaysia-Singapore border will reopen for workers soon so they can see them again.