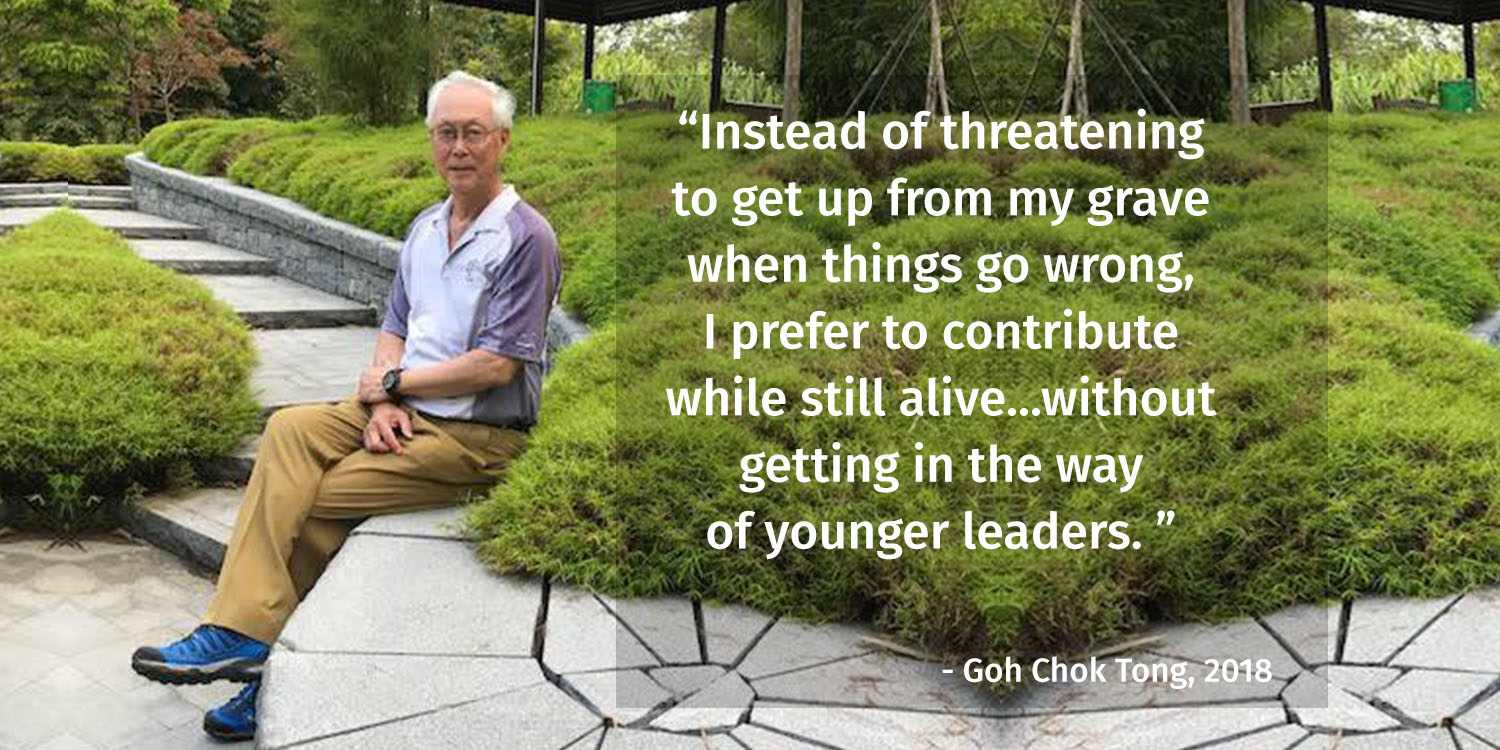 ESM Goh Chok Tong Has “No Plans To Do A Mahathir”

Mr Goh cheekily referenced Mr Lee Kuan Yew’s famous quote about “get(ting) up from my grave when things go wrong” and confirmed that he had “no plans to do a Mahathir” in the near future.

ESM is a title “with no pay”

Mr Goh confirmed that he did not draw a salary from his position as ESM, unlike current political office-holders.

He’s also been “retired from Cabinet since 2011”, and has dedicated himself to working for Singapore in other capacities.

According to him, these include raising awareness and funds for “different groups of disadvantaged Singaporeans”.

Won’t get up from the grave

Instead of “threatening to get up” from his grave when “things go wrong”, Mr Goh preferred to,

I prefer to contribute while still alive but without getting in the way of the younger leaders.

As seen from an earlier round of banter with Prime Minister Lee Hsien Loong about “watch(ing) things happen”, it does seem that Mr Goh’s very different from his predecessor.

Not doing a Mahathir

Finally, he clarified that at age 77, he wasn’t planning to “do a Mahathir” any time soon.

Moreover, I have no plans to do a Mahathir! — gct🙂

This probably refers to running a successful election campaign with an opposition party — a feat that 92-year-old Dr Mahathir succeeded in pulling off this year.

We’re happy that Mr Goh seems to be enjoying his retirement years, having represented Marine Parade since 1976. 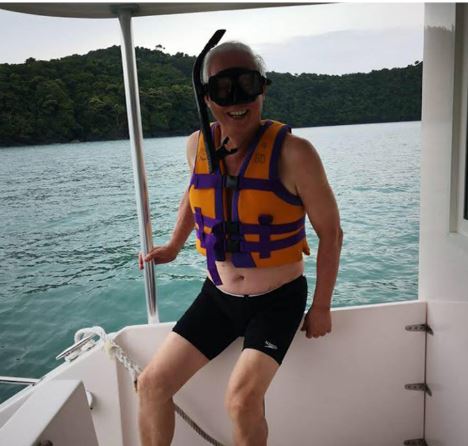 For a highlight reel of Mr Goh’s sassy clapbacks, read our compilation below. 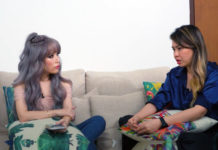