The site, managed by a division of the Ministry of Communications and Information (MCI), claimed that “several websites and social media pages” have “jumped on the issue” as of late.

We looked at the White Paper (2012) and 2017’s salary review report, to find out what the actual figures are. 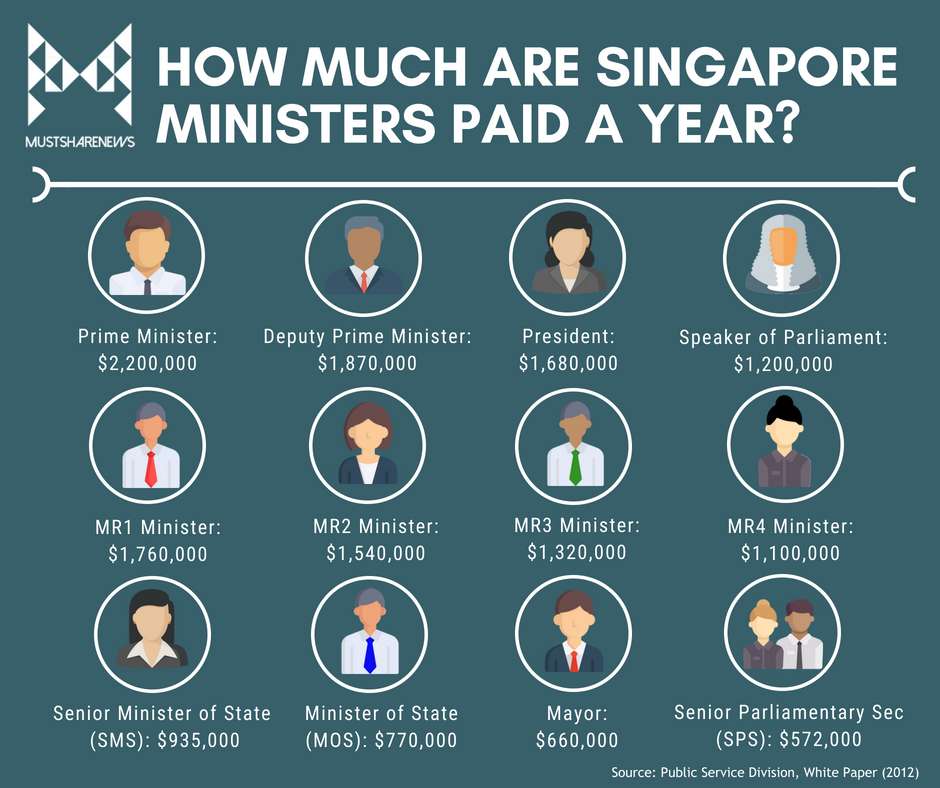 *It’s key to note that The Speaker of Parliament’s salary is $1,200,000 for a full-time job, but the duties are now considered a part-time job.

Here’s what else Factually debunked about ministerial pay.

The government is not upfront about how ministerial salaries are calculated.

Components of ministerial salaries are declared in the White Paper, published & tabled in Parliament in 2012.

In 2017, a review committee was formed to recommend whether ministerial pay should be adjusted. That report can be found at this link.

Our Prime Minister is being paid $2.2 million a year as a base salary, not including bonuses. His total salary is $4.5 million.

A minister at an MR4 paygrade receives up to $1.1 million a year, including bonuses.

However, if the minister – or the economy – does not perform well, the minister could get below $1.1 million.

As a minister’s pay is calculated as a factor of an MR4 minister, the Prime Minister’s “norm salary” is 2 times of this.

This comes up to $2.2 million annual salary, inclusive of bonuses.

The PM also doesn’t receive a performance bonus, as there is no one to make the assessment for him. 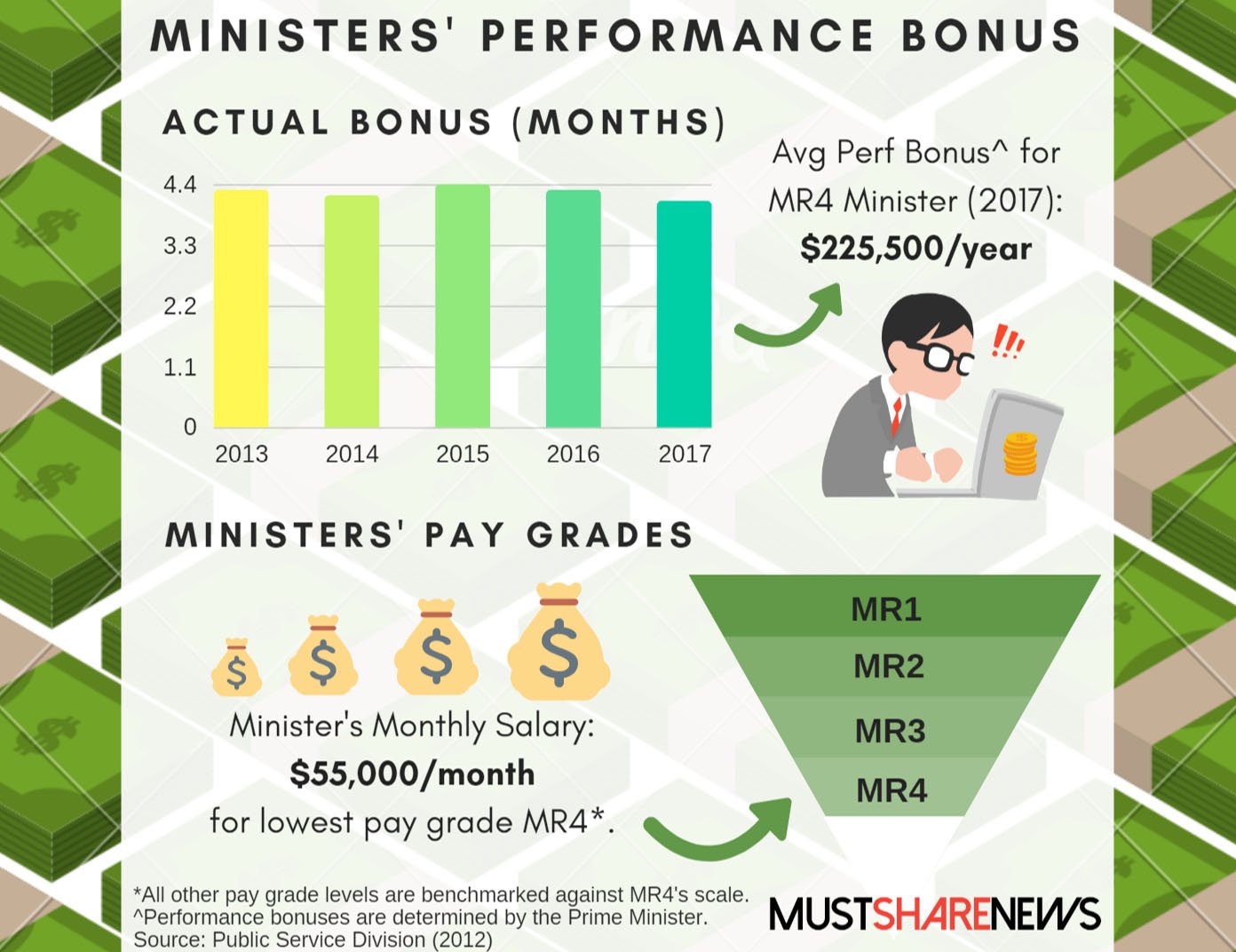 He does, however, determine the bonuses other ministers receive, which averaged about 4.1 months in 2017.

PM Lee is also entitled to the National Bonus, if the economy’s KPIs are met.

How is a minister’s salary calculated?

We breakdown the calculations further here: 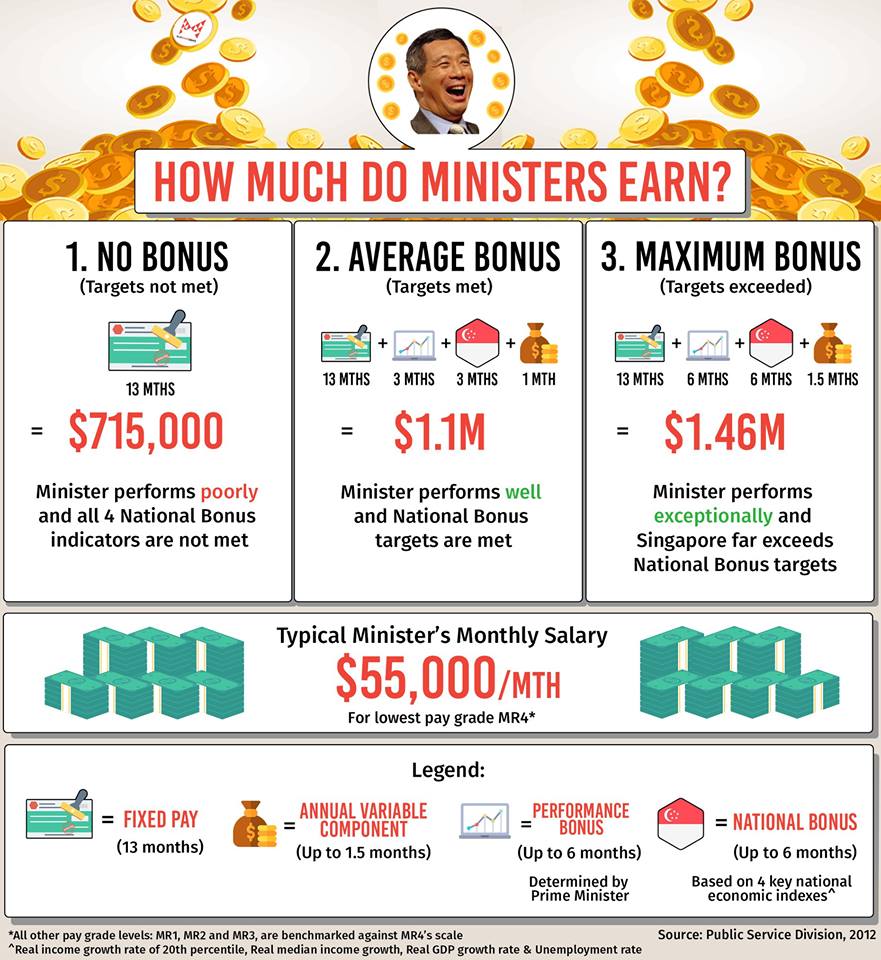 You can also read in detail from the White Paper itself on how these bonuses are computed annually for our ministers.

That’s cleared up for now

Now that that’s all cleared up, do you think it’s important to pay our ministers well to ensure we attract the top talent?

Or would you consider these salaries too much?