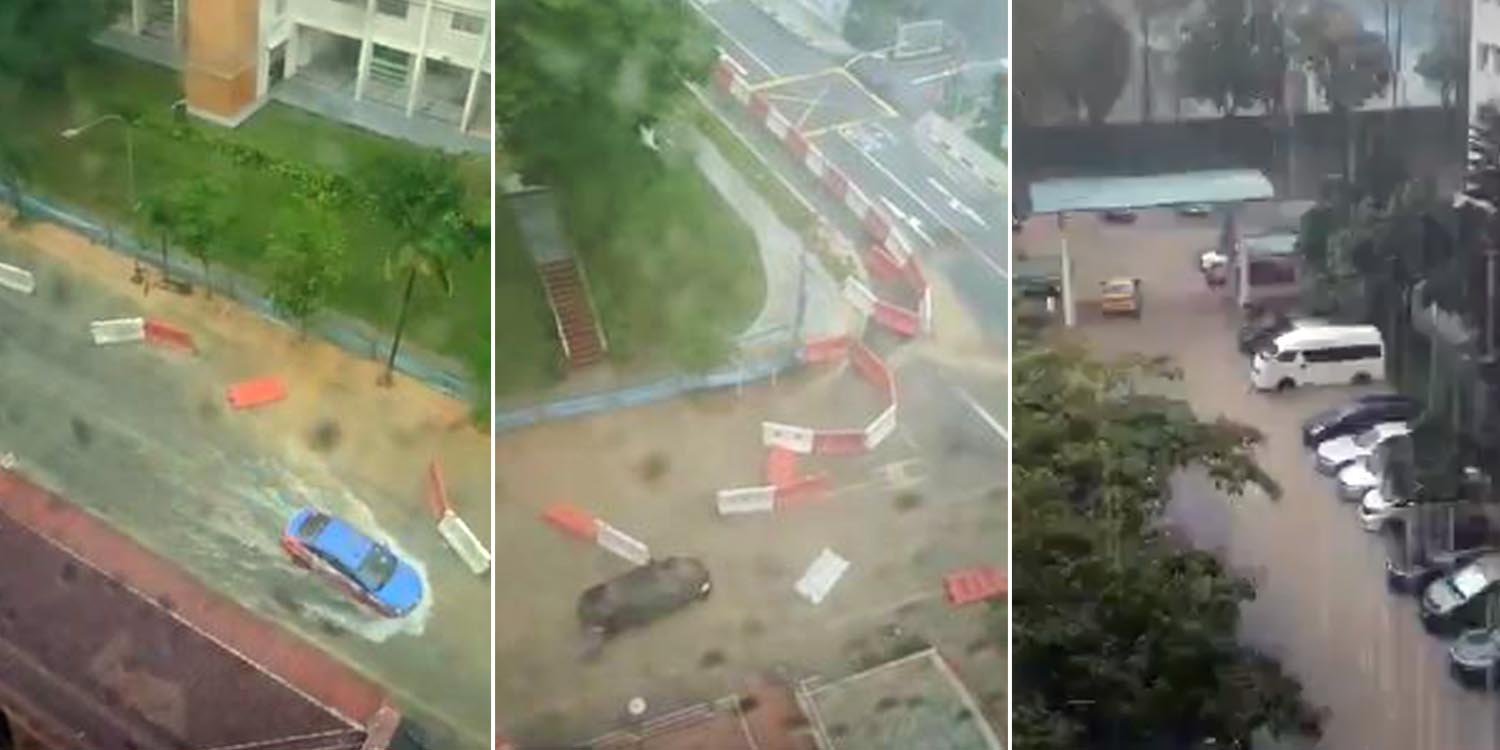 While many of us at home enjoyed the cooler weather, others felt first-hand the devastating effects of such a downpour.

Numerous parts of Singapore reportedly saw flash floods as a result of the rain. PUB, the nation’s water agency even issued 3 flash flood notices within a short span of 30 minutes.

According to PUB notices, most of the flash floods occurred in the Eastern region of Singapore at these 3 locations:

Serangoon North also experienced its fair share of ‘flash floods’ at around 3pm this afternoon.

Captured via an MS News reader’s Insta-stories, she described that it was “raining massively” at her house.

The resident of this HDB apartment complex also described watching “barriers from roadworks” under her flat get “washed away” due to accumulated water from the rain.

In a video uploaded by All Singapore Stuff, ‘ponding’ seems to have occurred at a HDB area in Joo Seng as well.

We can observe that the heavy rainfall caused the entire HDB parking lot to fill up with murky water, as a lone taxi tries to exit the premises. 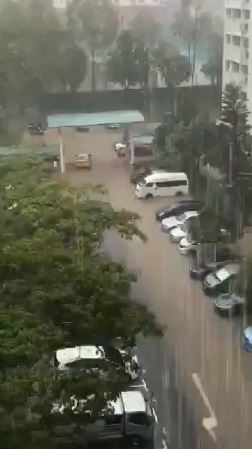 Ponding should have subsided by now

With May’s weather forecast predicting more frequent thunderstorms, we can expect future occurrences of flash floods. Thankfully, PUB has confirmed most of the ponding locations mentioned in their alerts have subsided at the time of writing.

However, since most of us are staying home during the month of May – with extended Circuit Breaker measures still in place – we hope that the effects will be minimal on our daily lives.

Did your place experience any flash floods? Do let us know in the comments below. 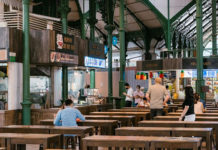