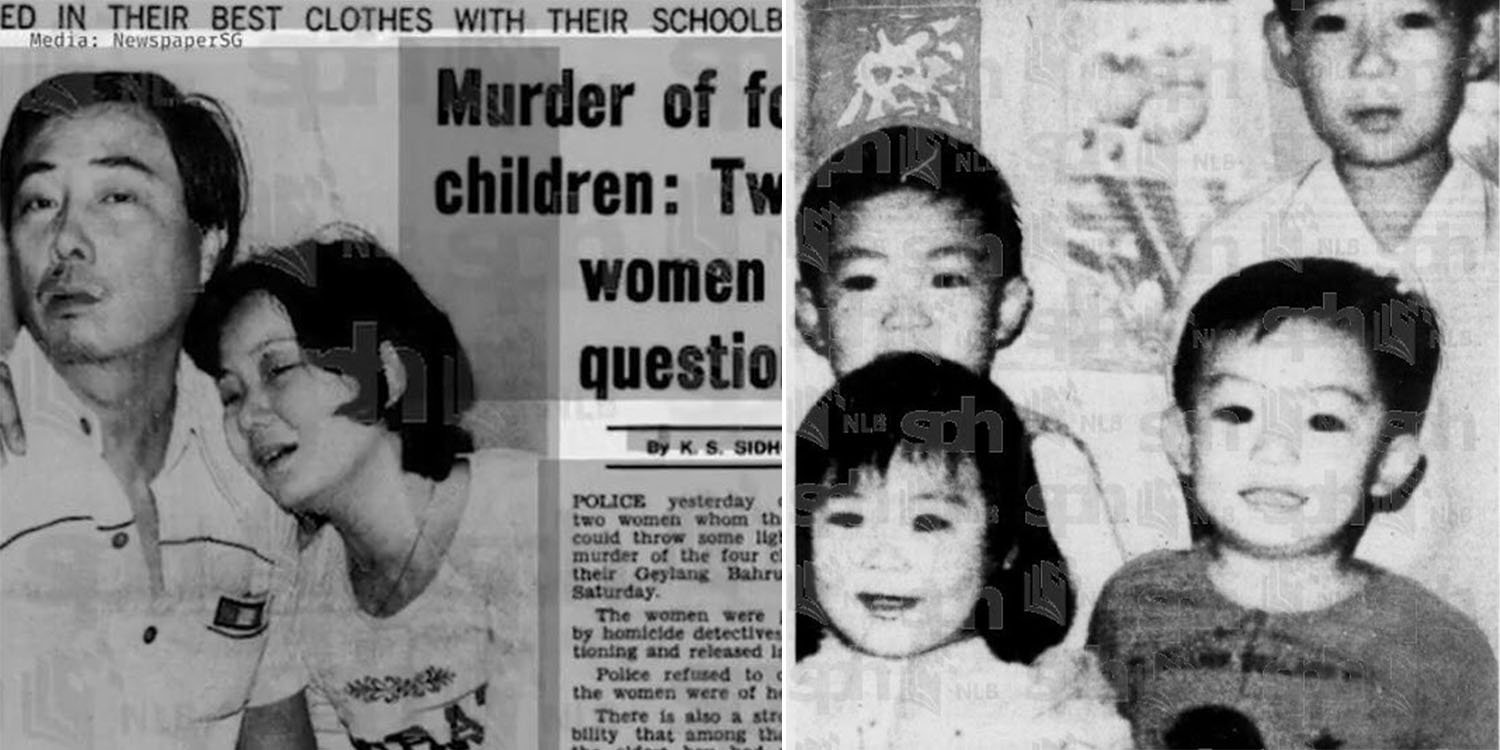 In 1979, the murder of 4 young children at Geylang Bahru shook the nation.

However, after 42 years, the case remains unsolved even though the police interviewed more than a hundred people.

But thanks to Crime Library Singapore (CLS) talking about the case, one of the neighbours of the family contacted them with new information.

The mother, now in her 70s, has spoken to Shin Min Daily News about the case too.

Here’s what we’ve learnt about the latest development.

The Tans lived at Block 58 Geylang Bahru with their 4 children aged between 5-10, and the parents were private school bus drivers.

On 6 Jan 1979, they kissed their 4 children goodbye at 6am and left their home for work. 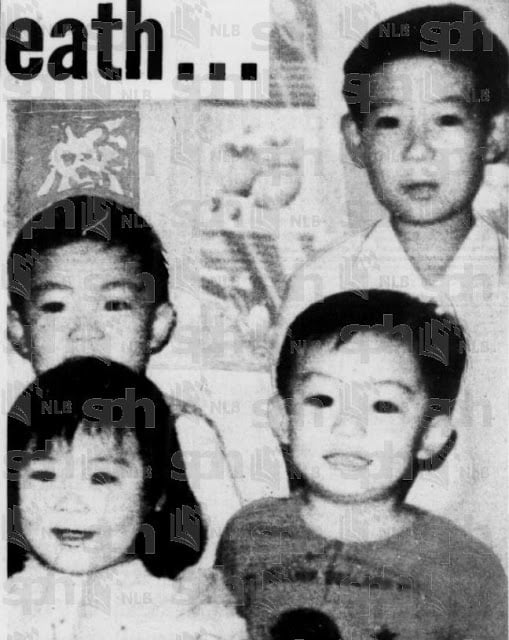 At around 7.10am, Lee MC, the mother, called home as usual to wake her children up for school, but no one answered.

Feeling uneasy, she asked her neighbour to knock on the door to check if anyone was home, but there was no response.

At almost 10am, Ms Lee returned home and was greeted with a horrifying sight that frightened her immensely.

The bodies of her 3 sons and daughter were piled up in the bathroom — their fragile bodies stacked one on top of the other.

Blood filled every corner of the bathroom and the scene was like hell on Earth.

According to The Straits Times, each child was found with at least 20 slash marks on their body.

Investigation led to a dead end

Ms Lee cried to the point where she was about to faint. Meanwhile, her neighbour immediately rang the police.

But the subsequent investigation led to a dead end despite interviews with over a hundred people.

There were no clues as to the identity or motive of the murderer, nor was there a murder weapon found.

Although the murderer is suspected to be someone close to the family or even a neighbour, nobody was charged due to lack of evidence.

The family even received a Chinese New Year card two weeks after the murder with a taunt purportedly from the murderer.

After 42 years, the case still receives attention due to its mysterious nature and lack of clues.

When CLS did a charity drive, the Geylang Bahru murder was cited, and an old neighbour of the family reached out to CLS. 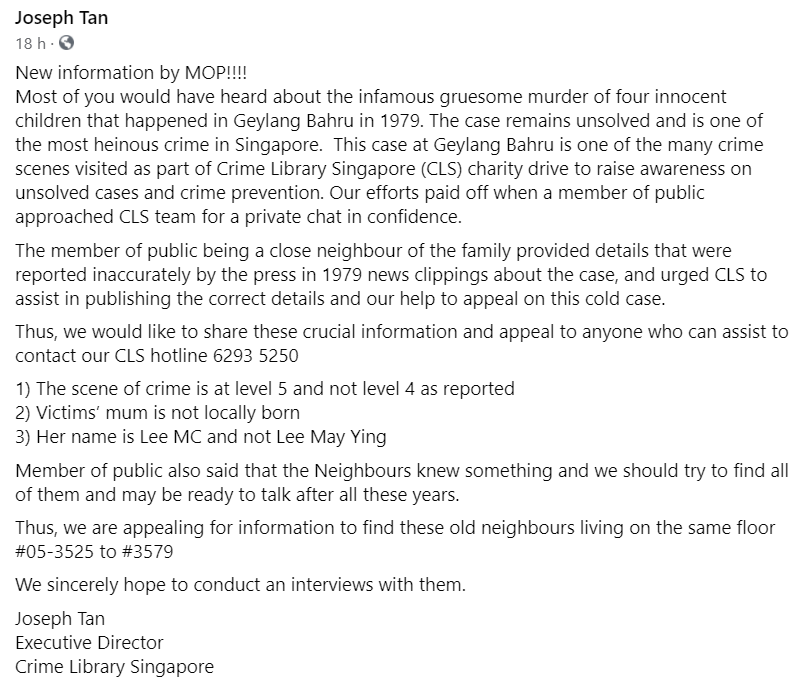 CLS is hence now appealing for information to find other old neighbours who lived between #05-3525 to #3579.

Mother hopes for police to solve the case

Thanks to the new information, the case has been revived.

Shin Min Daily News tracked down Ms Lee, now in her 70s, and living with her grandson.

Her husband has been deceased for a long time, she said. Unfortunately, the murders couldn’t be solved before he passed on.

When she was informed that the investigation has resumed, she remained silent for a long time, tears brimming in her eyes.

Although she wasn’t willing to talk about the past any longer, she nodded when asked if she hopes the case can be solved and said she’ll leave the case to the police.

May justice prevail after 42 years

The trauma might never leave Ms Lee for as long as she lives.

But if there’s one thing that can be done now, it’s to find the murderer.

Ms Lee and everyone who knew the children deserve to have closure and justice.

If you have any information about the Geylang Bahru murders, do contact Crime Library Singapore.

They help to raise awareness for unsolved crimes in Singapore and recently helped the family of Lim Shiow Rong to find her killer.

Featured image adapted from Facebook and National Library Board.