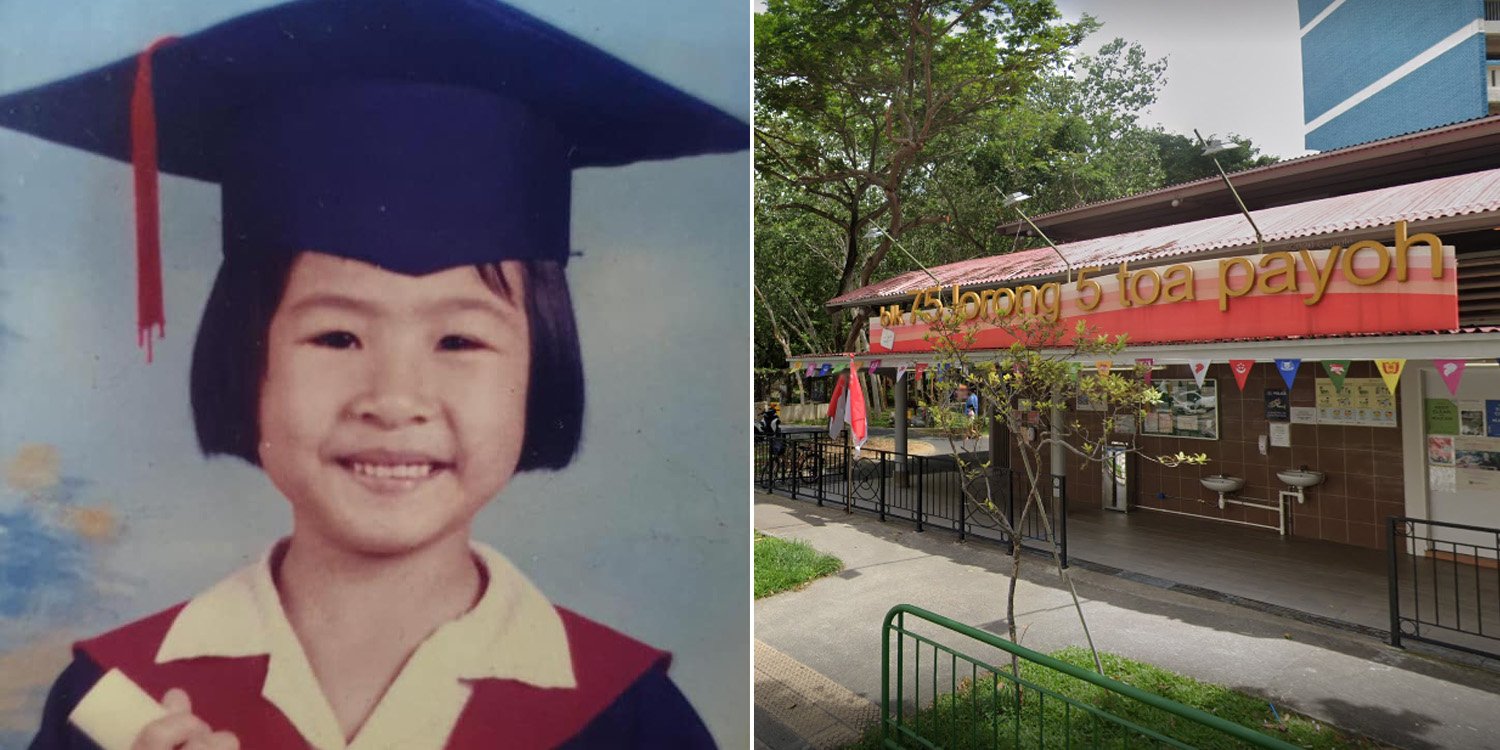 In 1995, 7-year-old Lim Shiow Rong was murdered and found near Jalan Woodbridge, but her killer wasn’t found.

Family Of Slain 7-Year-Old Wants To Reopen Her Case, They Appeal To The Public For Info

26 years later, the family took to the media and asked for any information on the case, as leads had gone cold.

Thankfully, the plea appears to have worked, as they received a tip-off from a regular patron of Mdm Ang Goon Lay’s coffee shop in Toa Payoh.

The family has since filed a police report and the Criminal Investigation Department (CID) contacted the family, The Straits Times (ST) reports.

After Ms Lim Jia Hui and her mum spoke to media last Sunday (10 Jan), the case garnered public attention and subsequently, a tip-off.

Someone contacted Crime Library Singapore (CLS) to provide information on a suspect in the murder.

It turned out that a regular patron of Ms Lim’s mum’s coffee stall at Block 75 Toa Payoh Lorong 5 recognised a sketch description given by the police.

Ms Lim then made a police report with the new information on Thursday, which CLS shared on Facebook. 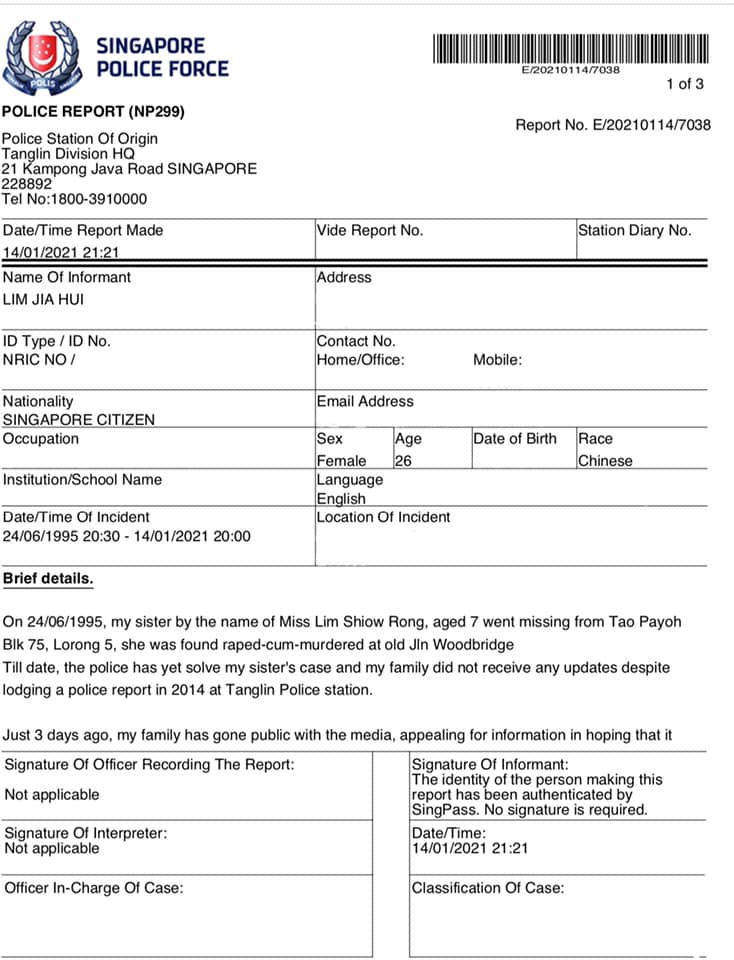 Apparently, this person in the sketch description also always visited the stall.

Ms Lim wrote that she hoped police can continue to investigate the case. 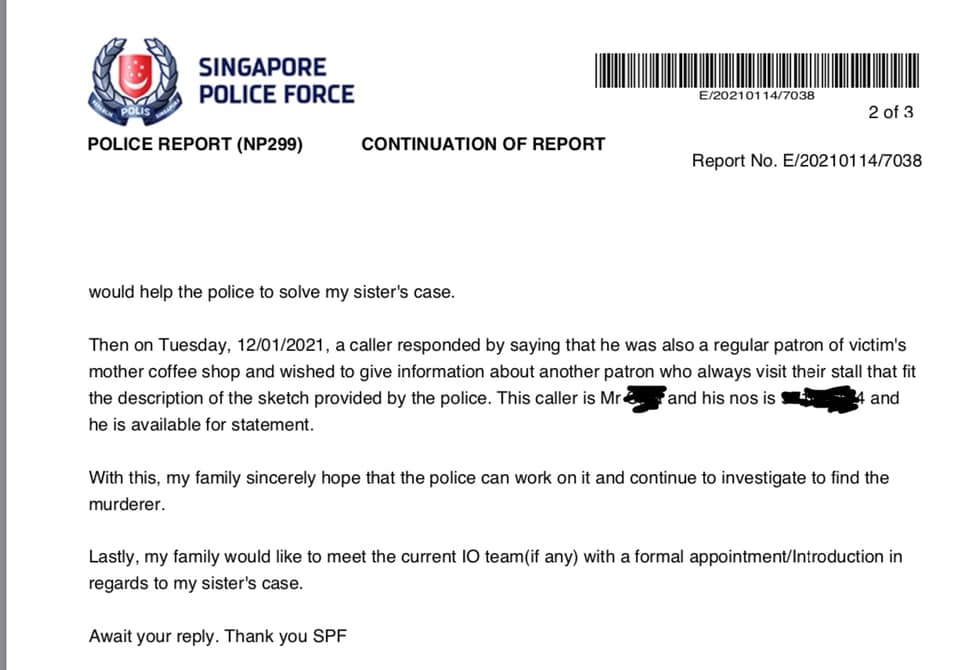 Following the police report, Ms Lim told ST that the Special Investigation Section of the CID have gotten back to her regarding the tip-off.

However, this is far from the end, as CID still need to investigate the lead.

Regardless, the fact that the case is no longer cold is of great happiness to the family, who told ST that they’re happy and glad to see police looking into Shiow Rong’s murder again.

26 years isn’t a short time — any number of things could have happened. The killer may not even be alive today.

But reviving the case in the public has undoubtedly helped the family and police out, and we’re heartened to see that CID can now investigate Shiow Rong’s murder again.

CLS is still open to receiving information regarding the case, and you can contact them at 62935250, or the police.

Hopefully the truth can be found and there can be justice for Shiow Rong.