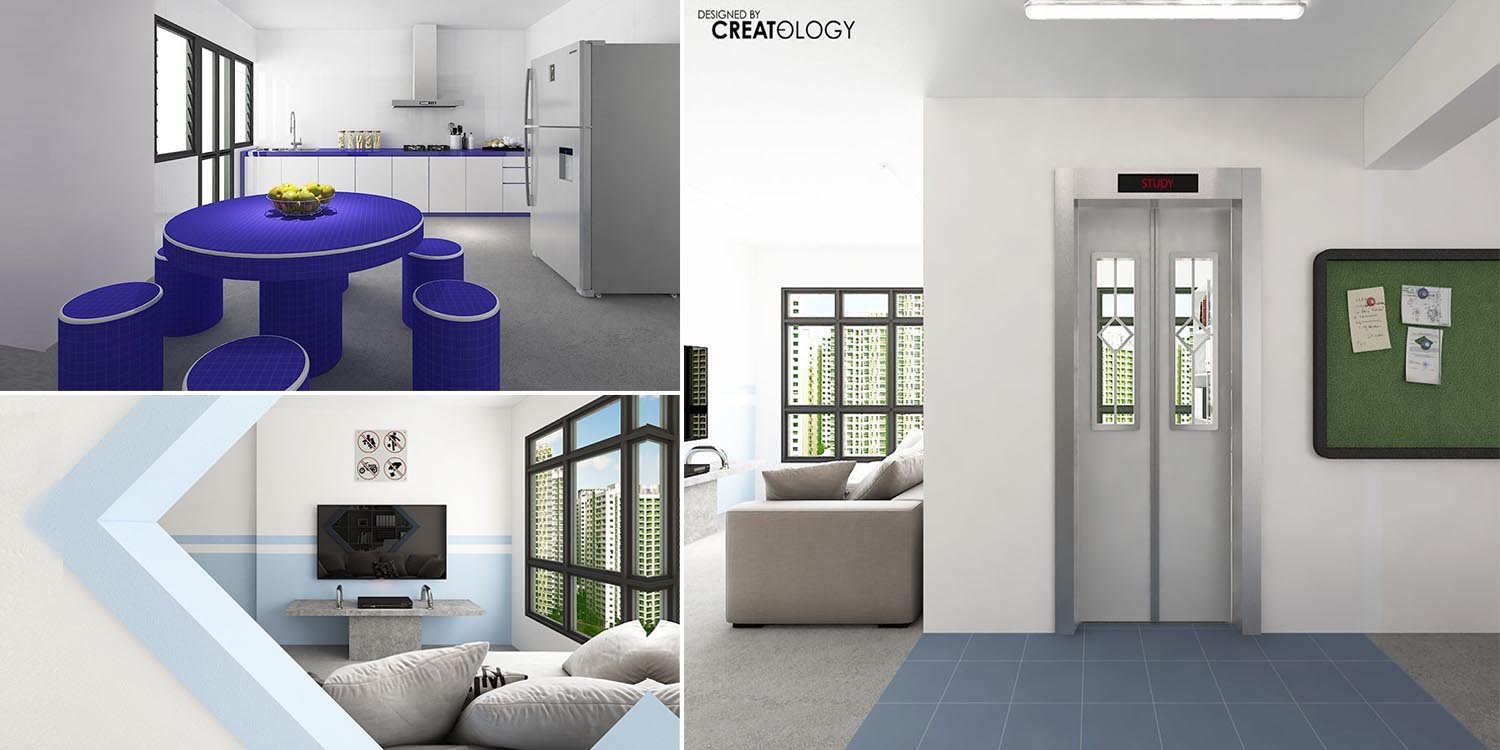 The HDB flat design even uses a void deck bench as a TV cabinet.

HDB flats might be dull and lacking in character when they’re first constructed, but you’ll be surprised by how they look after interior designers give it a makeover.

Inspired by HDB void deck, the apartment has features like a lift landing and retro letter boxes that allow its owners to lepak ‘outside’ while staying home. 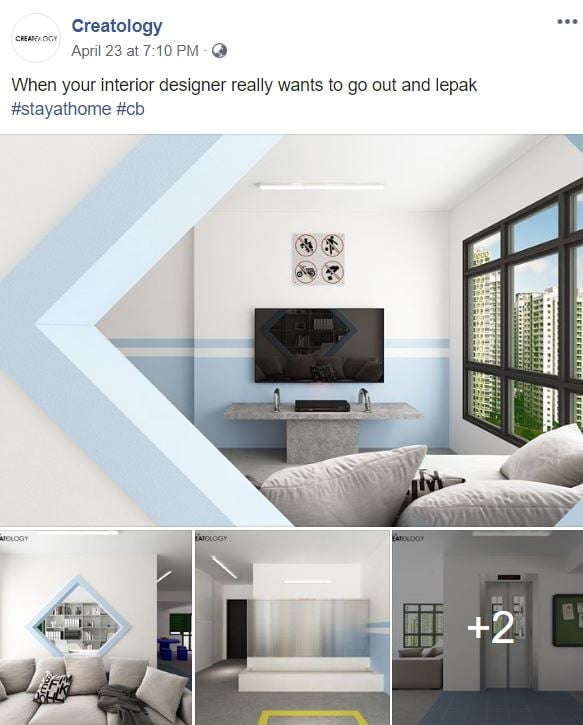 No football and skating allowed in void deck HDB design

The apartment exudes a relaxing vibe with its white and blue walls and generally minimalistic layout.

While most TV cabinets today might be made of wood or metal, the one used in the design is made of concrete, instantly reminding us of benches in old HDB estates. 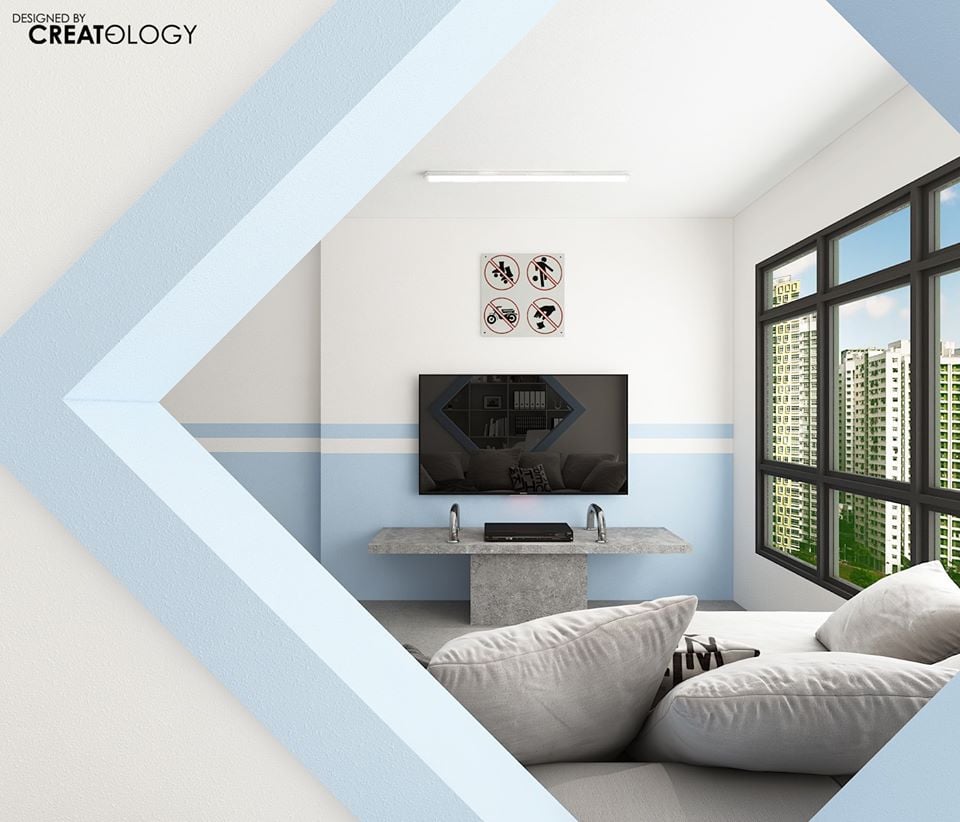 They also incorporated the iconic sign which prohibited football, skating, and other activities at the void deck.

Metallic letterboxes once found in HDB void decks have been repurposed now to store shoes. 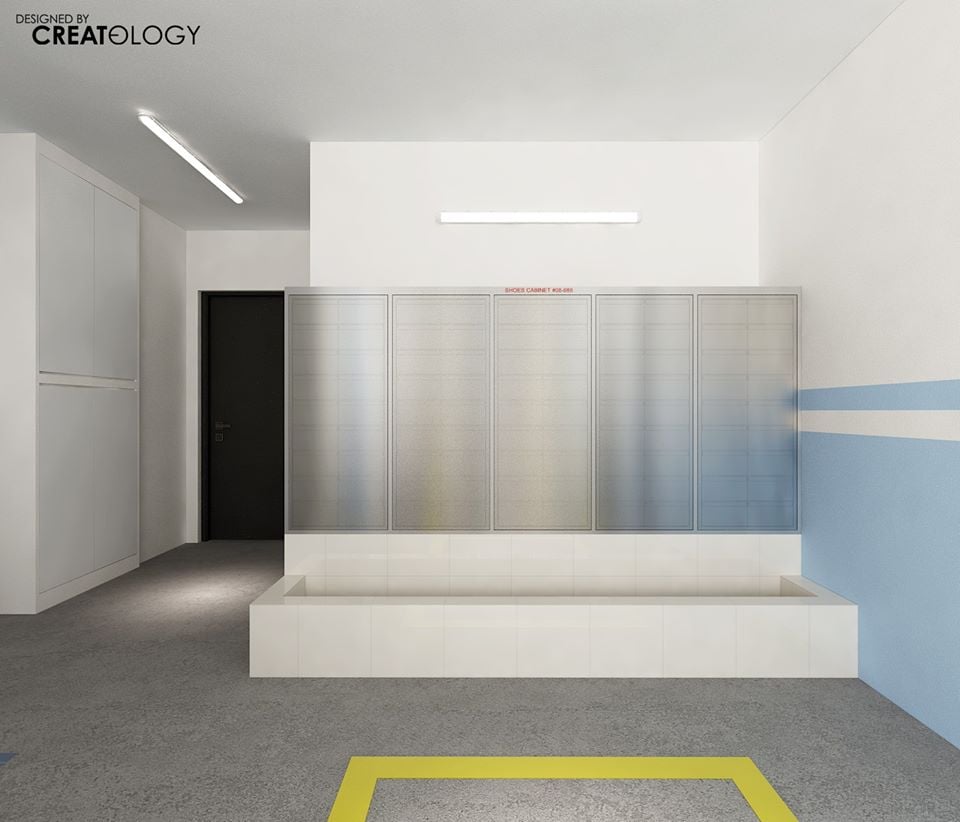 The study room doors were clearly inspired by HDB lift landing and even feature a green notice board next to it. Don’t worry, we’re sure this doesn’t come with annoying ads. 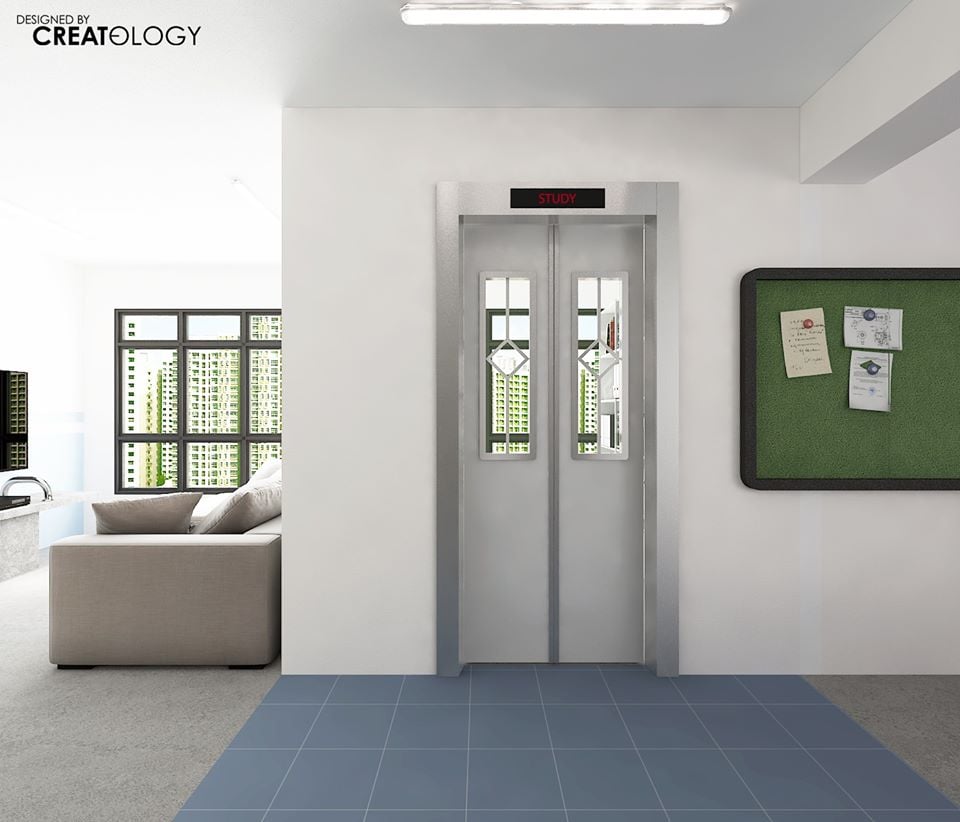 The partition separating the living room and the study also has a diamond ‘cutout’ which resembles lookout points underneath our blocks. 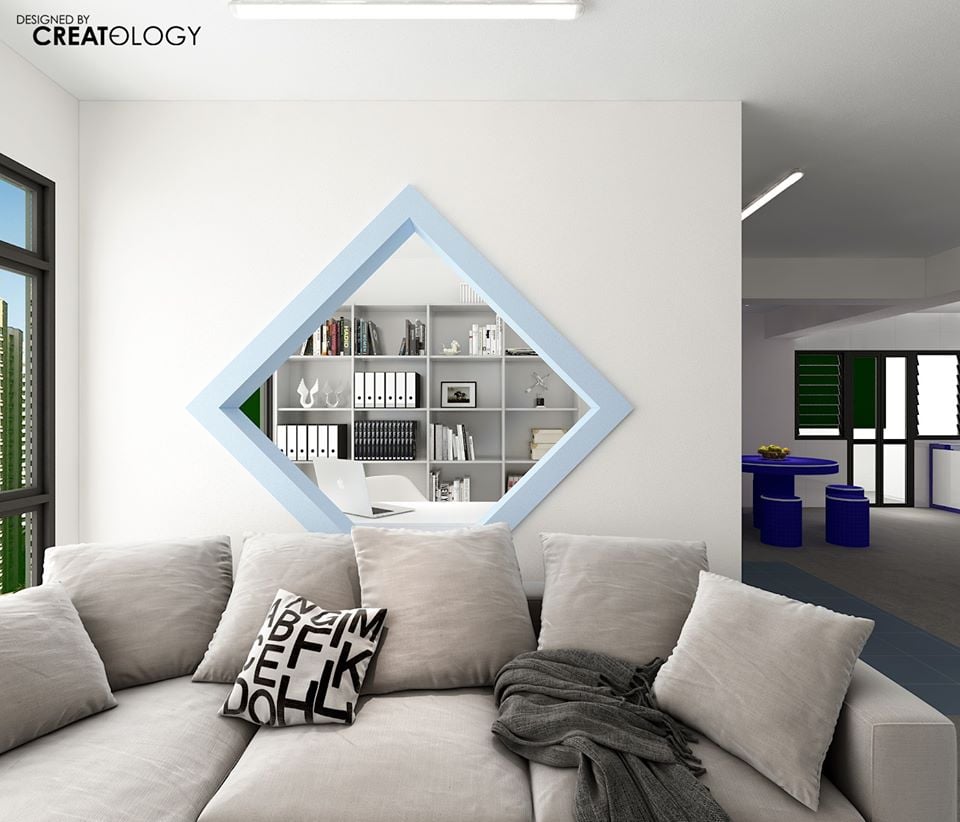 A navy round dining table made of tiles is the centrepiece of the kitchen, closely resembling those which residents crowd around for a game of chess. 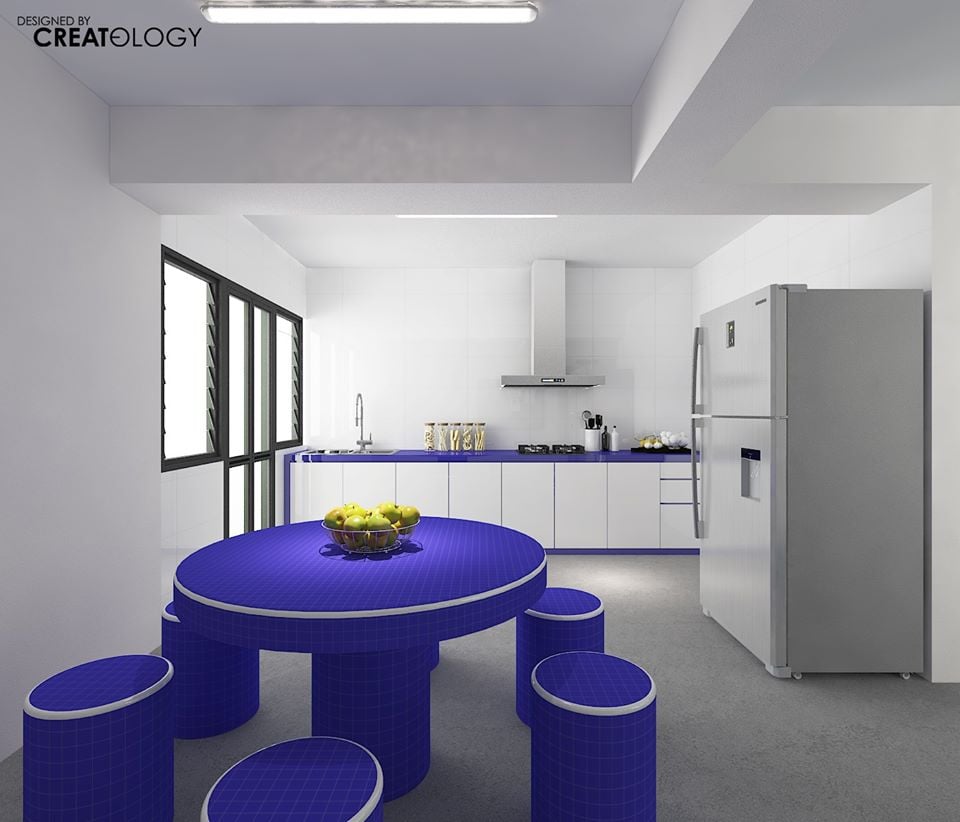 The kitchen counters match perfectly with its navy-white colour scheme.

While this remains merely a design for now, we’re nonetheless amazed by the designers’ creativity when it comes to repurposing fixtures once found in HDB void decks.

If you’d like your flat to have a similar design, you may wish to reach out to folks at Creatology through their Facebook page here.

Other designs that they’ve come up with include this pink apartment which looks straight out of a Wes Anderson movie. Pretty impressive if you ask us.