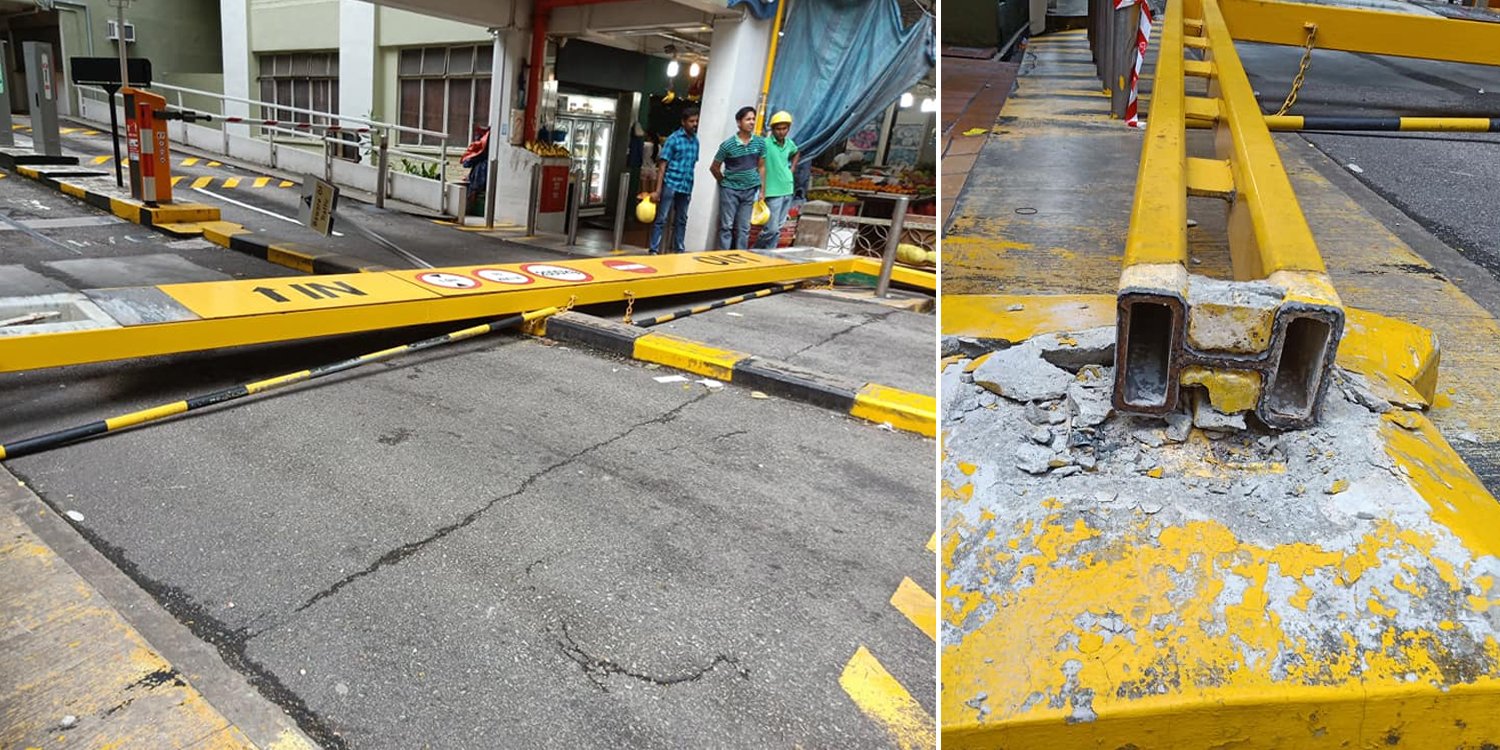 The pictures showed the steel structure obstructing the entrance to the carpark via Hock Hai Building. The person who uploaded the pictures did not say when the incident happened.

Other pictures showed the foot of the barrier ripped from the concrete floor. Debris was also seen scattered at the foot.

Fortunately, no one was hurt by the felled barrier. Given its weight, it could have easily knocked someone into concussion or otherwise pin the person to the ground.

Netizens unsure of the cause

Neither the person who uploaded the picture nor netizens who happened across the post knew what caused the barrier to fall over.

A user who re-uploaded the photos to Road.sg ventured 2 explanations.

Someone in the comments, however, thought that the barrier falling on its own wasn’t reasonable since it has been standing for so many years.

It is more probable, as this netizen says, that the barrier fell only because someone knocked into it. Which if it is the case, then the gantry camera would’ve taped the culprit.

Hopefully, this incident is anomalous and that the relevant authorities will do checks on other similar gantries to prevent such things from happening again.