Must Share News – Independent News For Singaporeans
Home Current Affairs Imran Rahim No Longer Listed On Firm’s Website As Employee, Was On... Mr Imran’s name is no longer on the list of counsels and senior associates on the TKQP website.

The reasons for the removal of his name is unclear at this time.

A check of TKQP’s website on Friday (7 Aug) reveals that Mr Imran’s is not among the list of senior associates.

He was previously listed as a senior associate.

The following is a screenshot taken from a Jan 2020 snapshot of the website.

Meanwhile, this was his profile on the site while he was still listed as an employee. 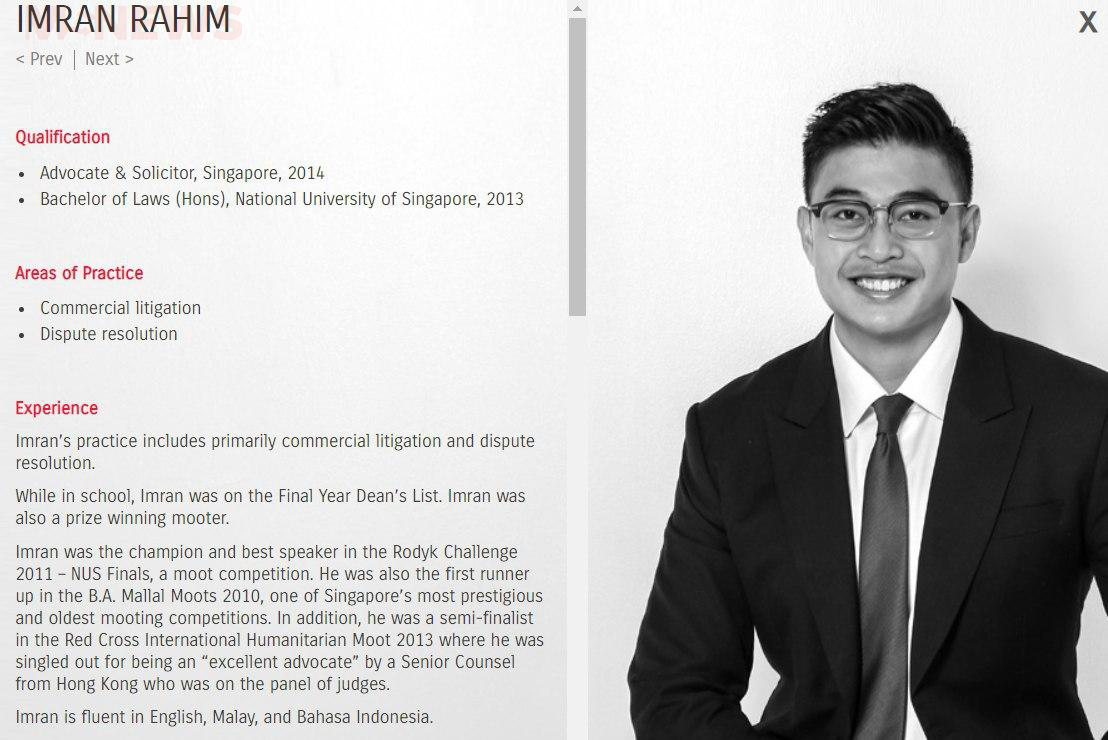 Was on leave of absence pending internal investigations

In case you’re not sure why this is significant, basically, Mr Imran went on a leave of absence after Mr Yeo called him out for sexual misconduct allegations.

At the same time, the firm said that they would conduct an internal investigation into the allegations.

Later, Mr Imran took out a harassment suit under the Protection from Harassment Act (POHA) against Mr Yeo.

Charles Yeo Says Imran Rahim Has Taken Out Legal Proceedings Against Him, Appeals For Alleged Victims

The case will be heard in court late Aug.

No public announcement has been made at press time, either by the firm or by Mr Imran. MS News has contacted them for comment.

We will update the article if any new developments occur.

Featured image adapted from Melvin The Fussy and TKQP.