The journalist shared how misogyny and sexism is well and alive behind the computer screens, even in Singapore. Kirsten, who is a well-respected writer in the journalism world, recounts her personal experiences on her blog about being harassed and humiliated online simply for being a woman who is unafraid to share her thoughts.

For one, people have dissed her opinions  and wrote her off as a “xiao mei mei” who didn’t know better.

Kirsten is vocal with issues from death penalty to LGBT rights in Singapore.

She shared how some people who disagreed with her advocacy end up humiliating her.

And then came the rape threats.

The rape threats below were in response to some comments she made about National Service.

Her online abusers even combed through her social media accounts and her husband’s. 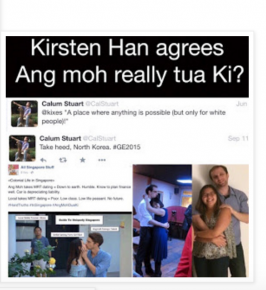 Kirsten shares how personal the insults can get.

The online vitriol against Kirsten points at the harassment that women and girls face online. Women face name-calling to stalking to even sexual and death threats, as studies have proven. And while a matured woman like Kirsten is able to brush off the bullying, young girls are more susceptible to harassment online.  In 2012, Microsoft revealed that Singapore had the second highest rate of cyber-bullying of young children in the whole world.

The worst part is that it is nearly impossible for authorities to police the Internet for trolls like these, simply because of the sheer amount of information online and on social media. Then it is up to us to call out people online and show that we won’t tolerate this abuse.

With reference to Kirsten Han
Featured image via Spuddings/ Vimeo 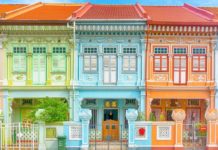 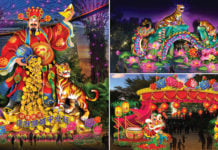