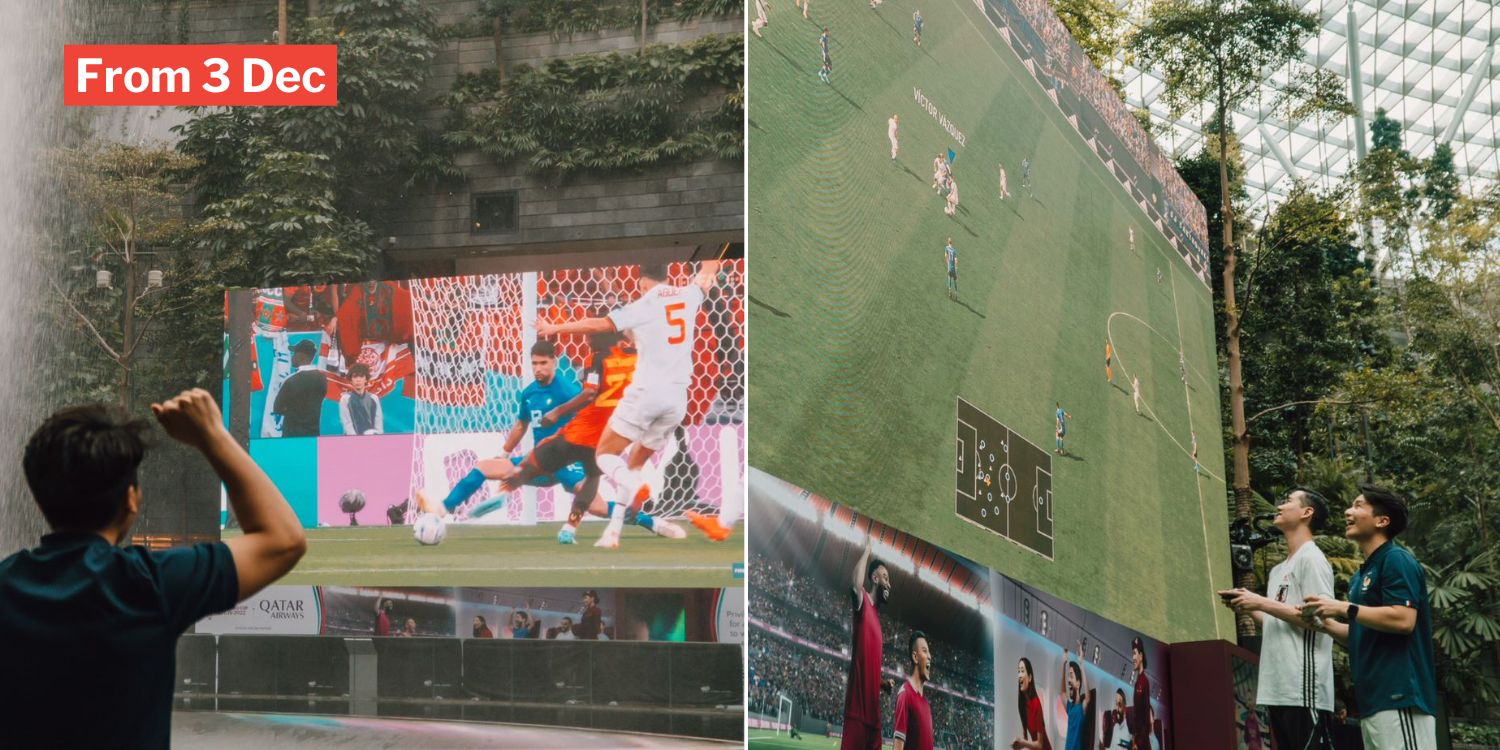 As the World Cup’s group stages are ending, Jewel Changi is gearing up to host football fans for the knockout games.

From Saturday (3 Dec), in collaboration with Qatar Airways, they will be launching ‘Football Mania at Jewel’. 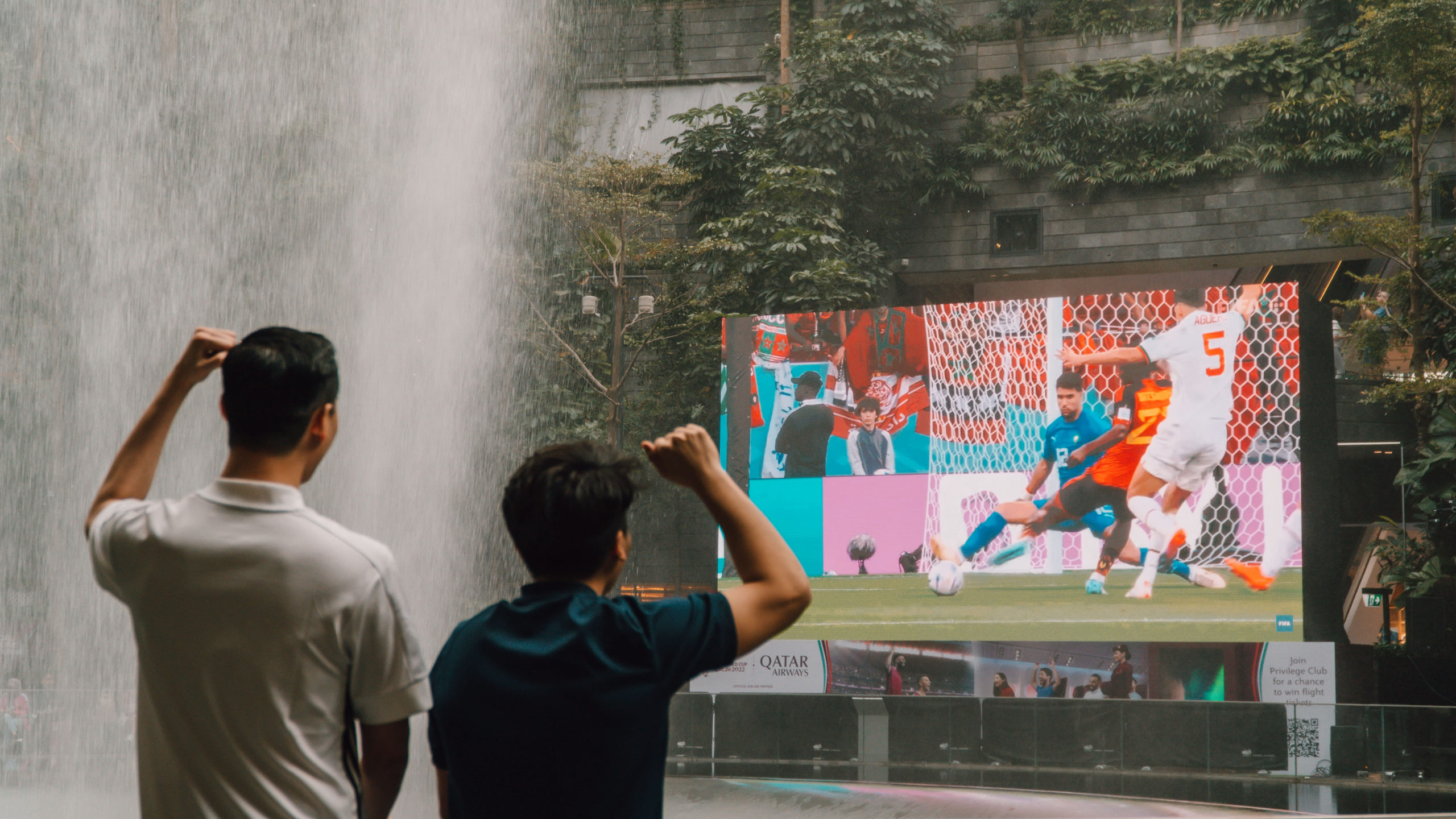 In the middle of the breathtaking Shiseido Forest Valley, a mega LED screen will show matches for free so football fans can catch every kick of the rest of the World cup.

Spanning a tenth of a conventional football field, this marks the largest public screening in Southeast Asia.

When the official matches aren’t on, fans can use the screen to take their friends on in a two-on-two FIFA game for ultimate bragging rights.

In a press release, Jewel Changi Airport announced that they will kick off their football festivities this coming weekend.

The main attraction will be the larger-than-life screen standing amidst the lush Shiseido Forest Valley. 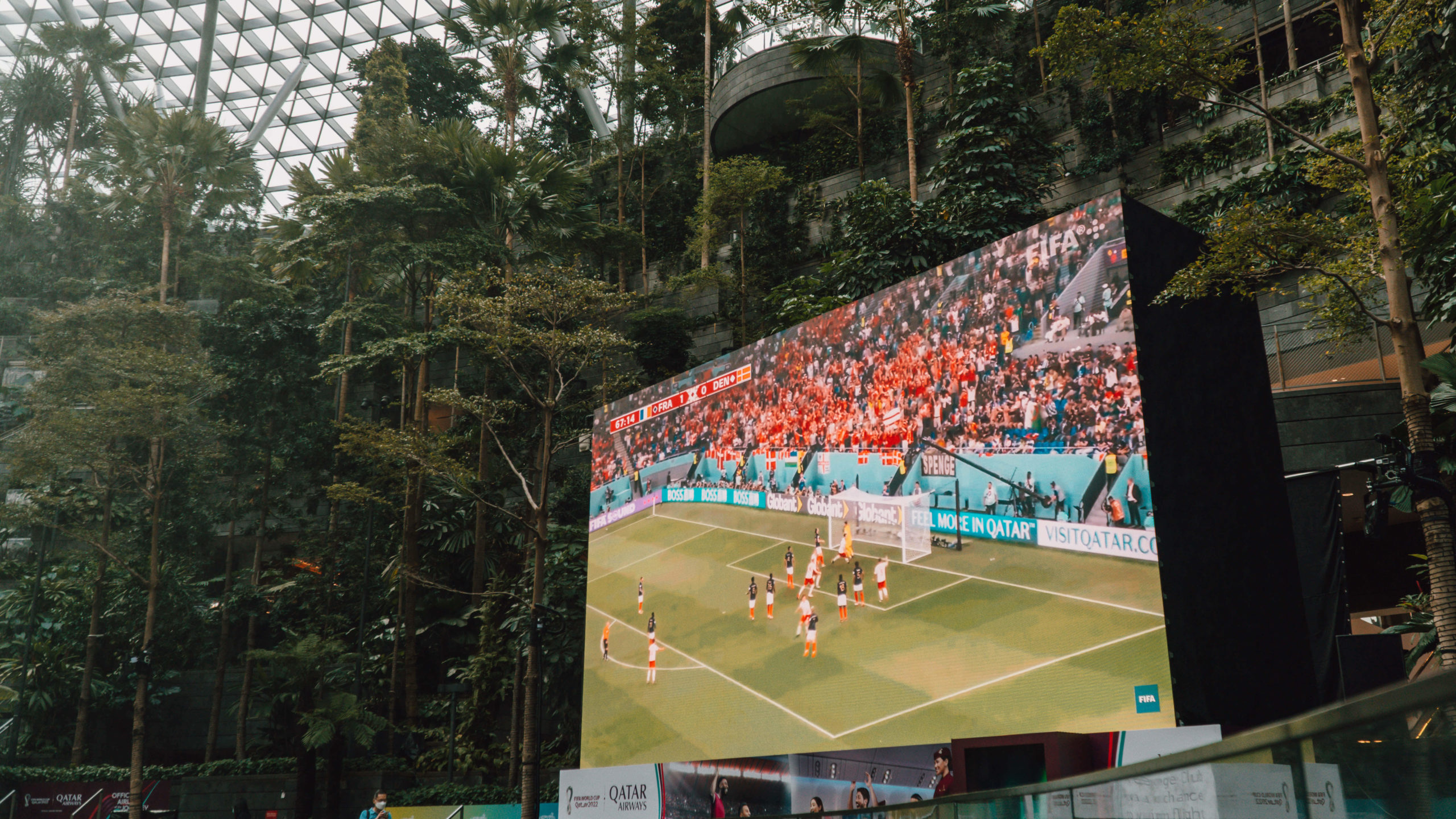 With a maximum capacity of 600 fans, there will be plenty of room for everyone to cheer on every goal, tackle or save.

Those already planning their visit to Jewel will be glad to know that you can redeem a two-hour free parking coupon with a S$20 minimum spend in a single receipt with participating outlets.

Daytime football activities for all fans at Jewel Changi

Since most of the matches air in the evening or well into the night, Jewel Changi has prepared a slew of other activities fans can enjoy beforehand or in between games.

From tomorrow (1 Dec), folks can try their luck at various game stations across the premises.

If you think you possess a little Brazilian flair, pit your skills against Neymar — virtually, of course. Attempt to follow in the steps of the Brazillian maestro and if you manage to mimic his moves, you can stand a chance to win tickets to any destination in Europe, courtesy of Qatar Airways.

Aside from skills with the feet, those with magic thumbs can vie for the ultimate bragging rights by playing FIFA on the mega screen during the day. 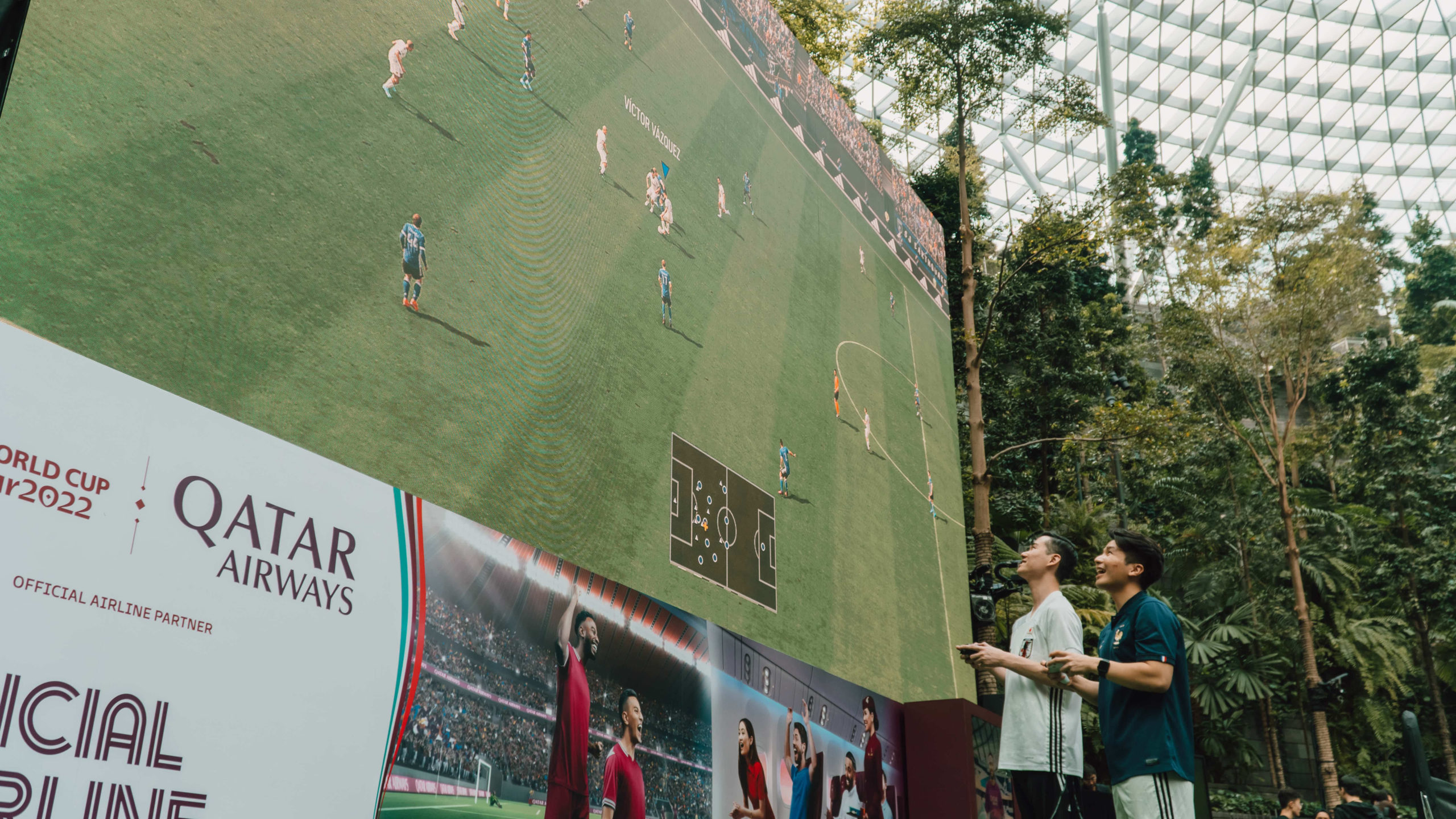 To squash your friend with the whole of Jewel Changi in the audience is an opportunity that may never come again, so jio your friends down to settle the score.

Those with a penchant for betting can also try guessing the winner of the World Cup game before the first kick, and you could walk away with S$5,000 worth of Jewel Changi vouchers.

If the football madness has caused you to forget where Jewel is for a moment, here’s how to get there:

There are more activities than we can name, and food will be available till late during this period, so don’t worry about going hungry. You can find more information here.