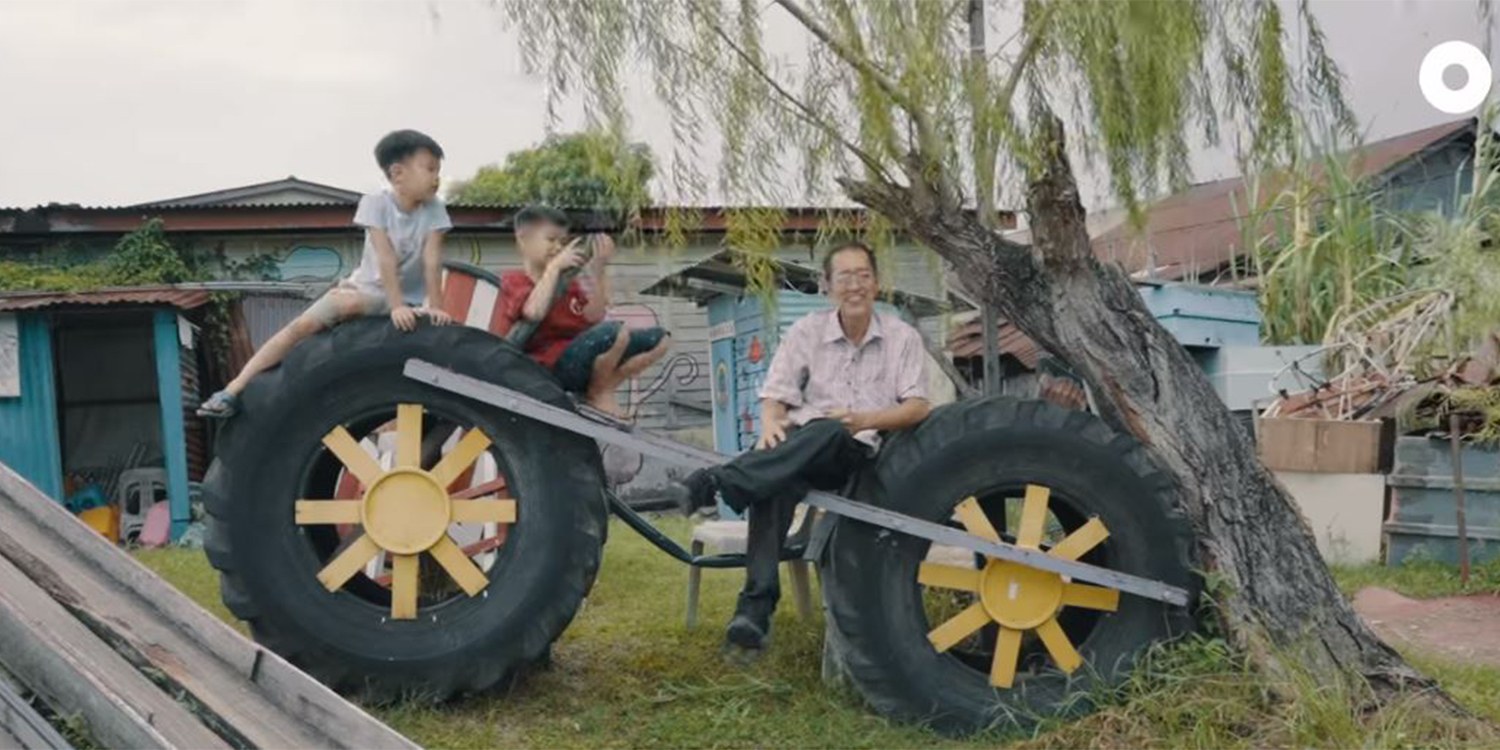 Many of us may have fond childhood memories of playing in playgrounds around Singapore, which are often beautifully built with solid materials.

Some children in Johor also derive the same joy, except in a playground built out of recycled items.

On Tuesday (7 May), digital video publisher Our Grandfather Story interviewed Mr Tan Ching Swee, the man behind a recycled playground that has become a gathering point for a community.

You can watch the video in full here:

According to him, the area in Johor was previously an empty space where weeds grew and people dumped their unwanted items. 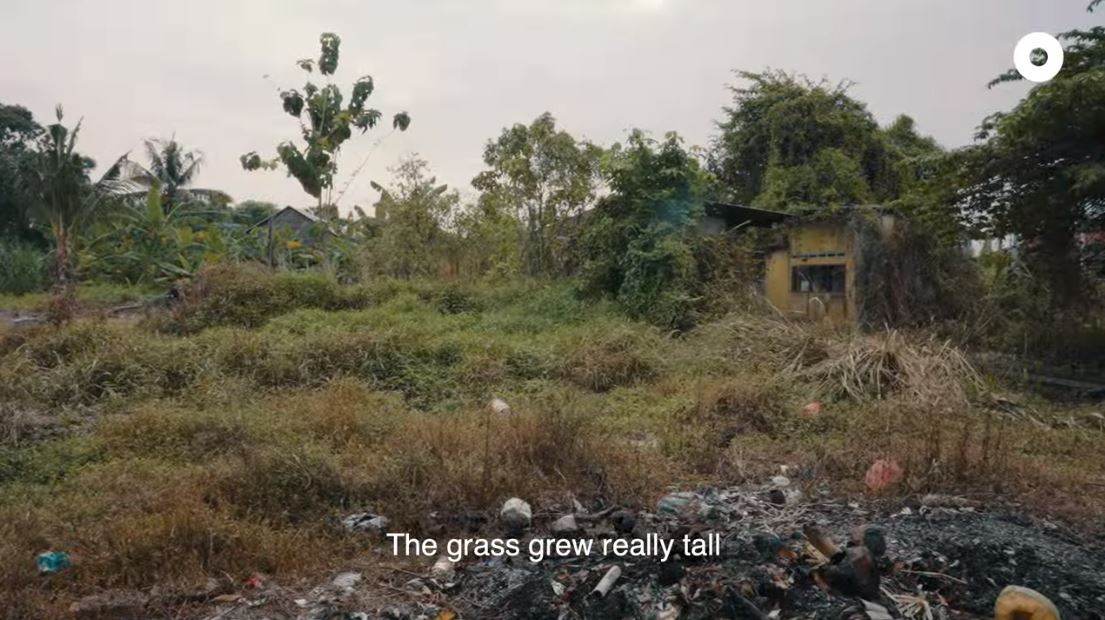 He enlisted the help of his neighbours to clear the area and then started to build the playground for kids who often came to the area to play.

Started out with a slide

Mr Tan fondly remembers that the first play station in the area was a slide. 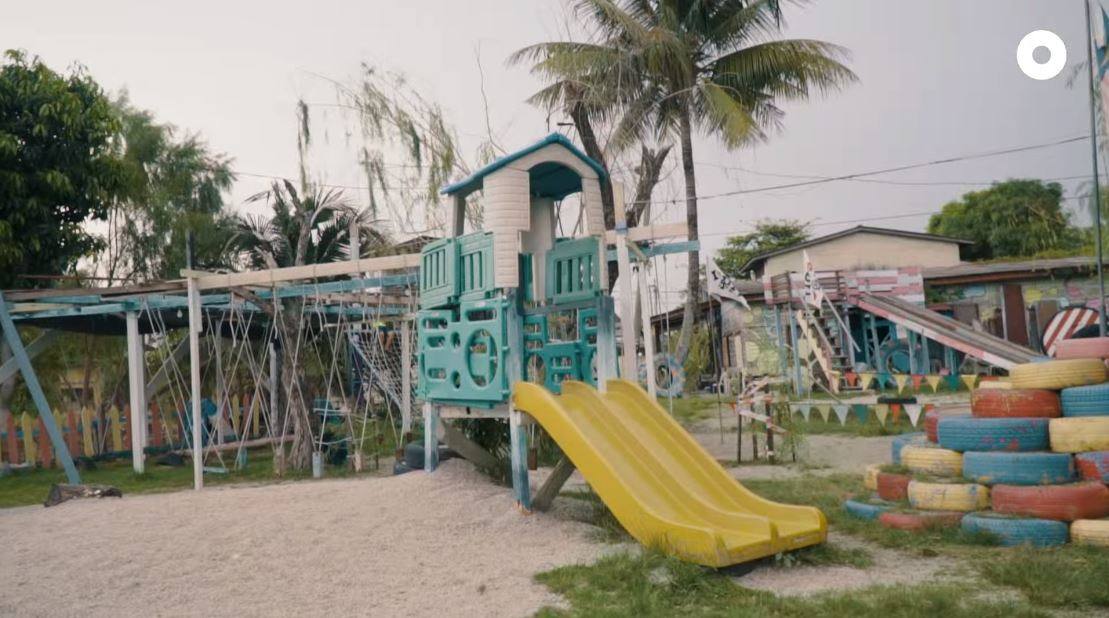 Along the way, he gathered and fixed more recycled items during his free time, turning them into new playing areas in the playground. 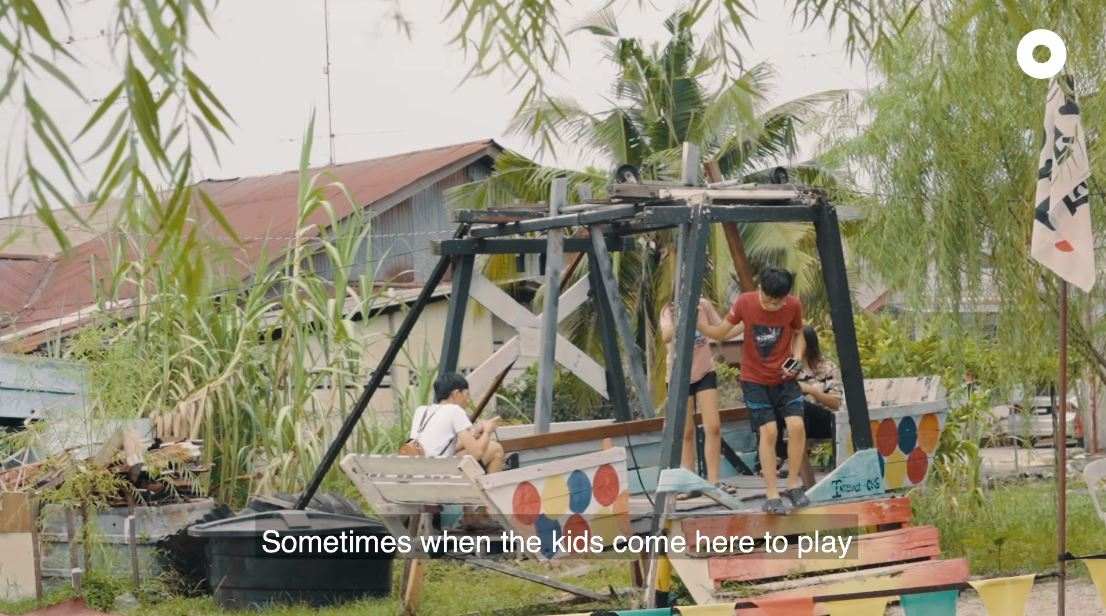 His friends would also donate wood planks from their old houses, which he uses creatively to build new structures for the children to have fun in.

As of now, there are 22 play stations built from scratch by Mr Tan, with help from some of the children. 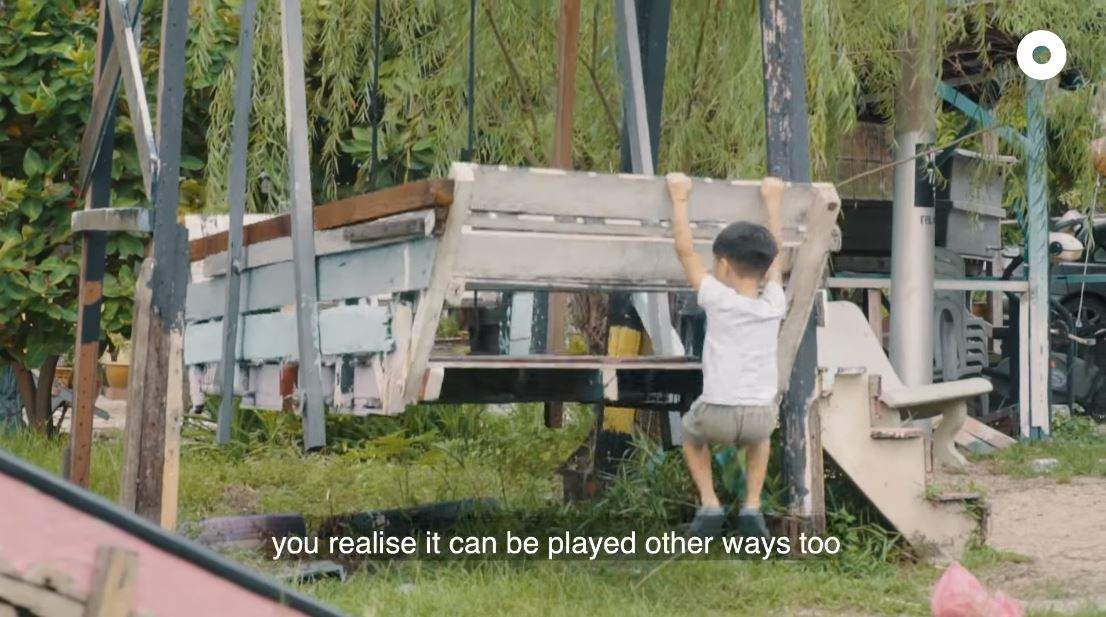 He also derives new ideas for the toys from the kids themselves. 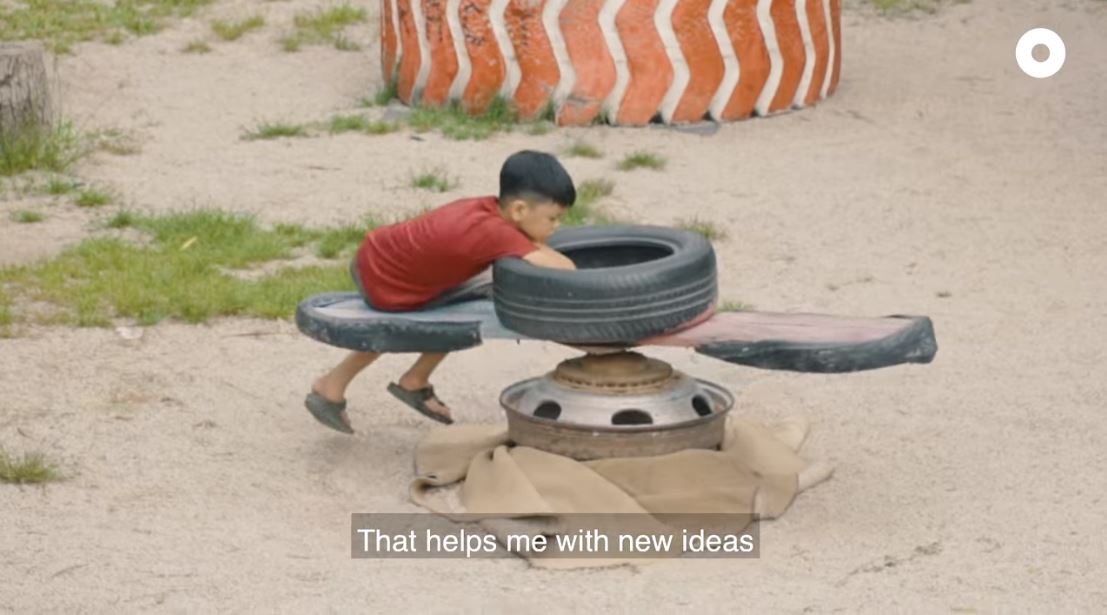 Even the toilet is a masterpiece, painted with the bright rocket murals. 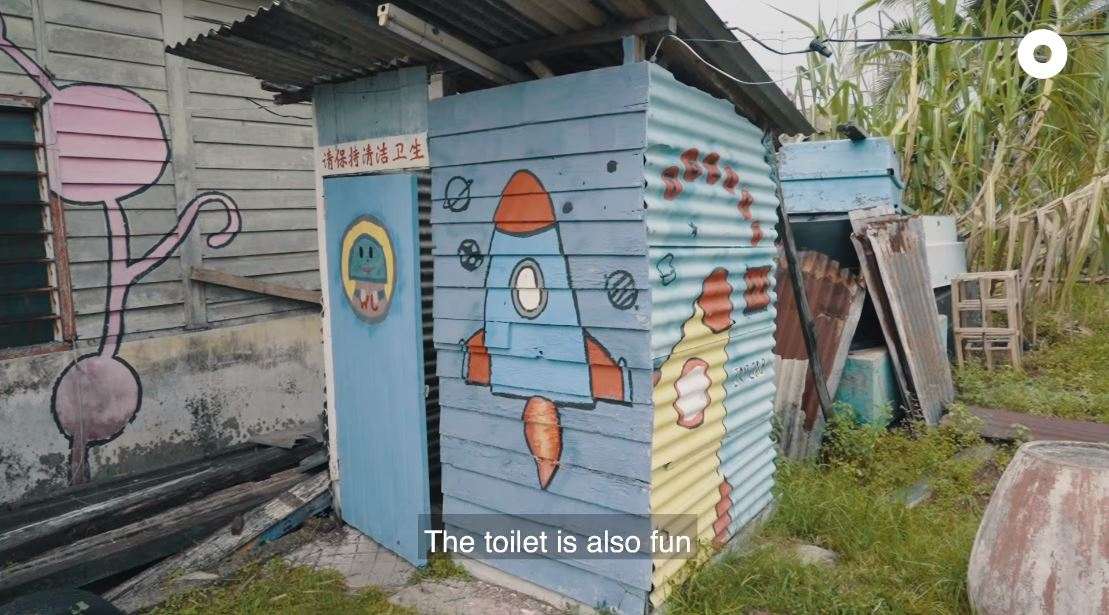 Mr Tan also has a collection of recycled items to replace any parts of the playground in case they get worn out. 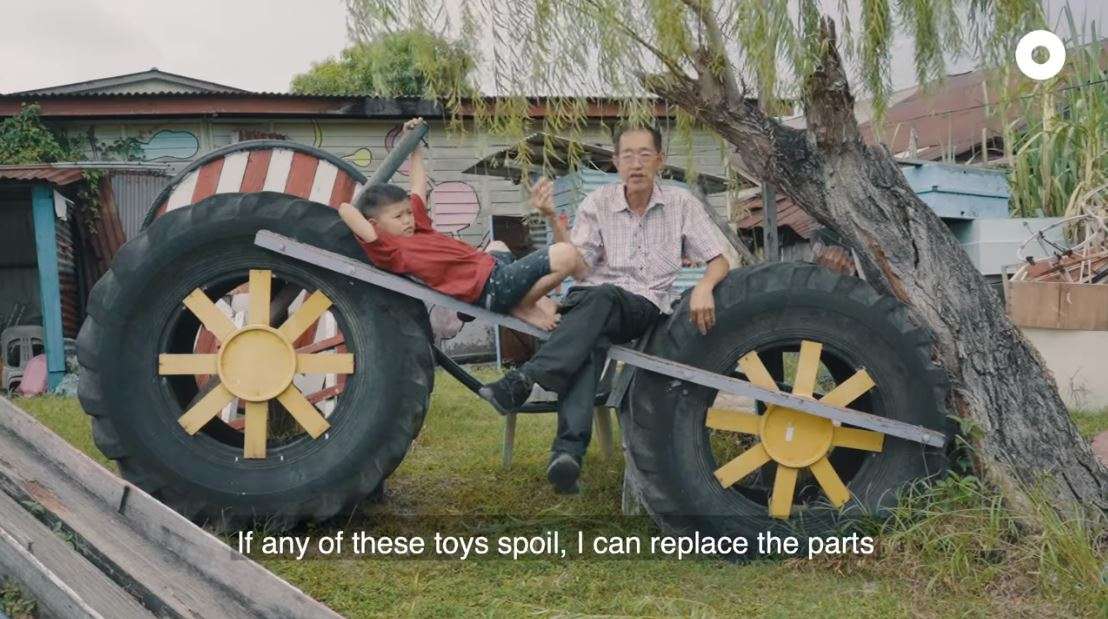 He has also set up a donation box for visitors who want to play a part in expanding the playground. 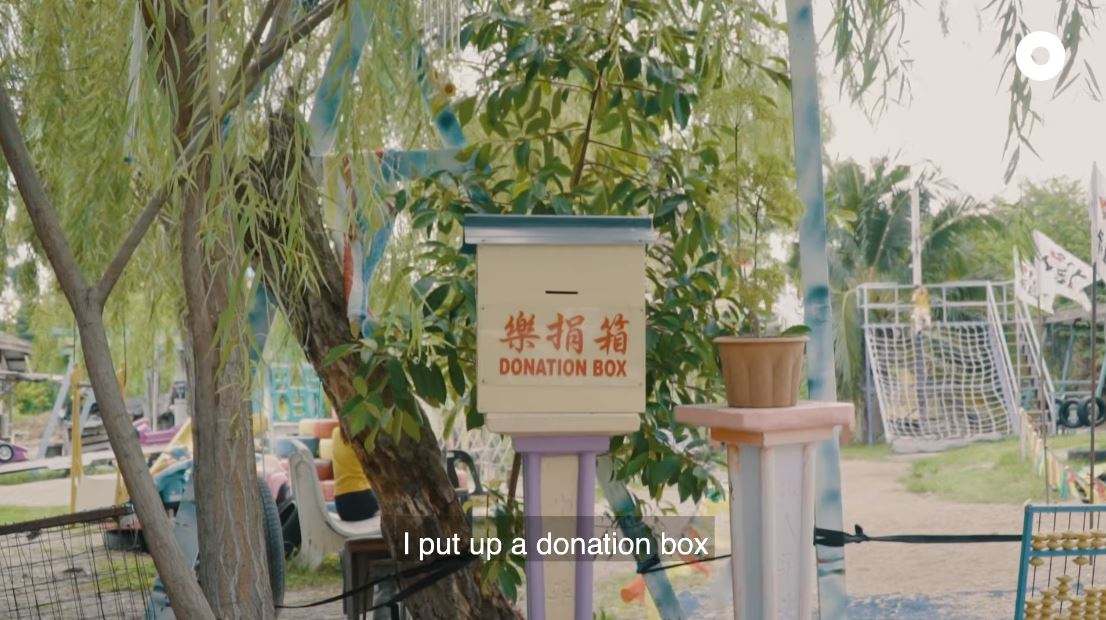 Derives joy from the children’s smiles

Mr Tan is also evidently young-at-heart, taking the opportunity to play around in the playground as well. 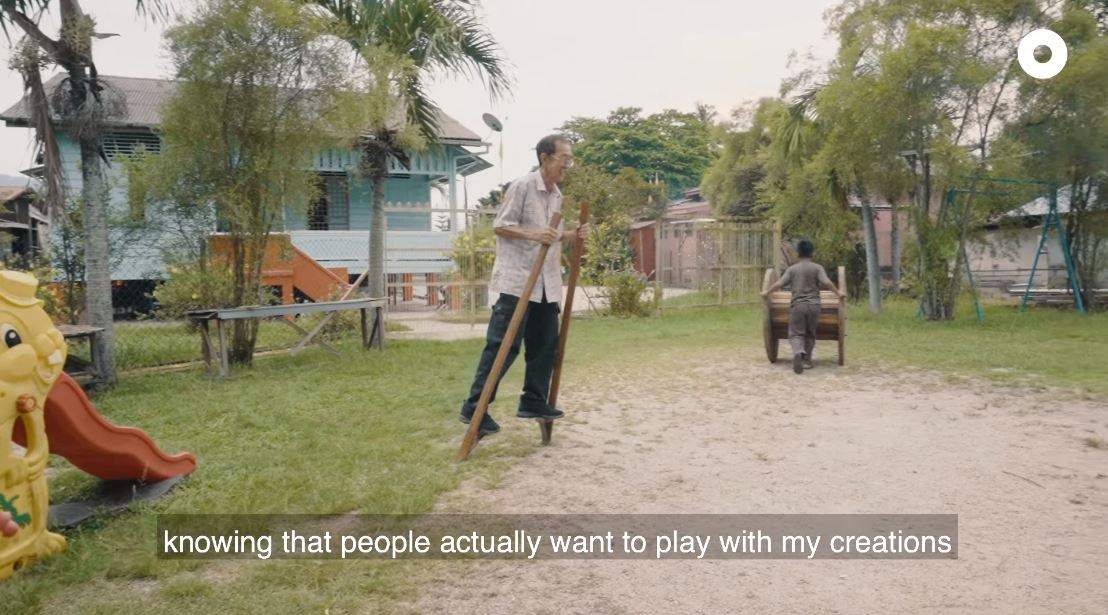 According to Mr Tan, he derives much happiness from seeing the smiles on the children’s faces. During our childhood, we may all have enjoyed the simple joys in life such as passing time in playgrounds.

Playtime is definitely a necessity in every child’s life, and we’re heartened by Mr Tan’s efforts to build a place that children can enjoy themselves.

Here’s the address of the playground if you’re interested to pay the place a visit:

We hope he will continue spreading happiness to all the children with his unique creations, and may the playground last for many generations to come.