When word spread of a free car to be won simply by buying laundry detergent, aspiring car owners in Singapore were abuzz with excitement.

Many rushed to the nearest FairPrice outlet to buy tubs of Ka Laundry Capsules, in hopes of finding a Ka Key. 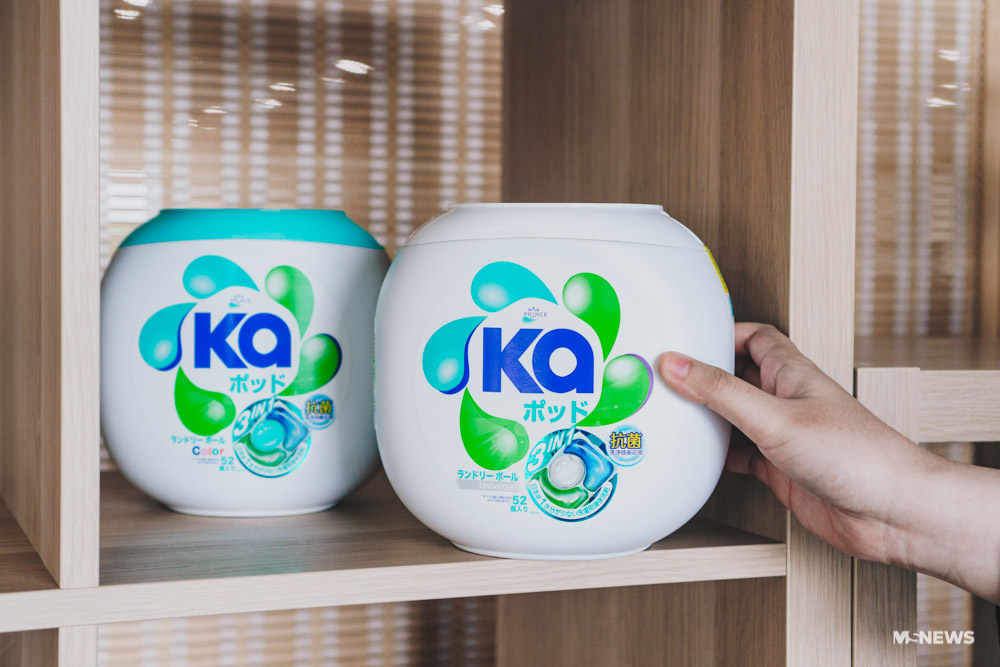 Nicholas was one of them, visiting 4 different locations to purchase 8 tubs. Luckily for him, his determination paid off, as he triggered the mystery car to confirm his victory.

While he’s now the proud owner of a new Lexus, other Ka Key holders need not worry, as the hunt isn’t over yet. But instead of a car, you may be heading home with a few thousand dollars more in your bank account.

An age-old Chinese proverb says that “good things come in pairs”, and Nicholas Chew can certainly attest to that, having found 2 Ka Keys.

Buying 8 Ka Laundry Capsule Tubs at 4 FairPrice outlets was only half the battle won, as he still had to solve the clues to locate the mystery car.

Since he missed the first clue after the 48-hour window, Nicholas began on the second one, which mentioned that the capsules are “floral scented”. His search took him to 10 nurseries and gardens including Gardens By The Bay, but there was still no sign of the mystery car after 2 days.

Friends tried to persuade Nicholas to stop his mission, but his determination spurred him on. Little did he know that lady luck was just around the corner.

With the Car Hunt nowhere on his mind, he headed back to his own vehicle at the covered carpark nearby, while scrolling through his phone.

He caught sight of the 3rd clue on Ka’s Facebook page, and it was as if a light bulb lit up in his head. 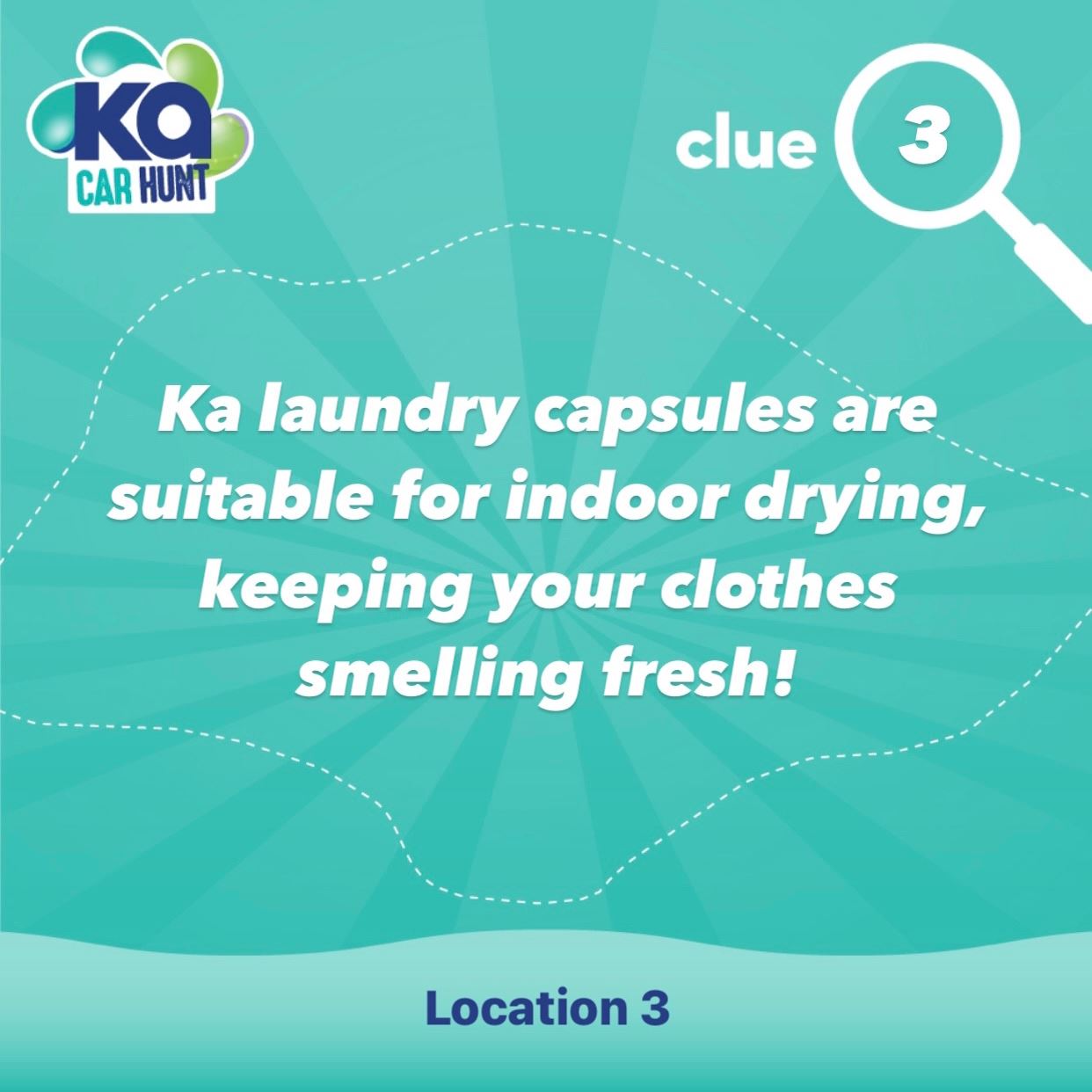 Seeing the word “indoor” immediately led Nicholas to think of covered carparks, and coincidentally, he was standing at one at that moment.

Letting his friend take one of his Ka Keys, the pair split up to cover one half of the carpark each, running up and down flights of stairs while pressing the keys’ buttons.

Nicholas continued even after his friend gave up, and was about to surrender too, when he decided to give 1 last try.

On the way back to where he parked his vehicle, he decided to stop at the floor just above and pointed both his Ka Keys to all the other cars there, miraculously activating the mystery car. 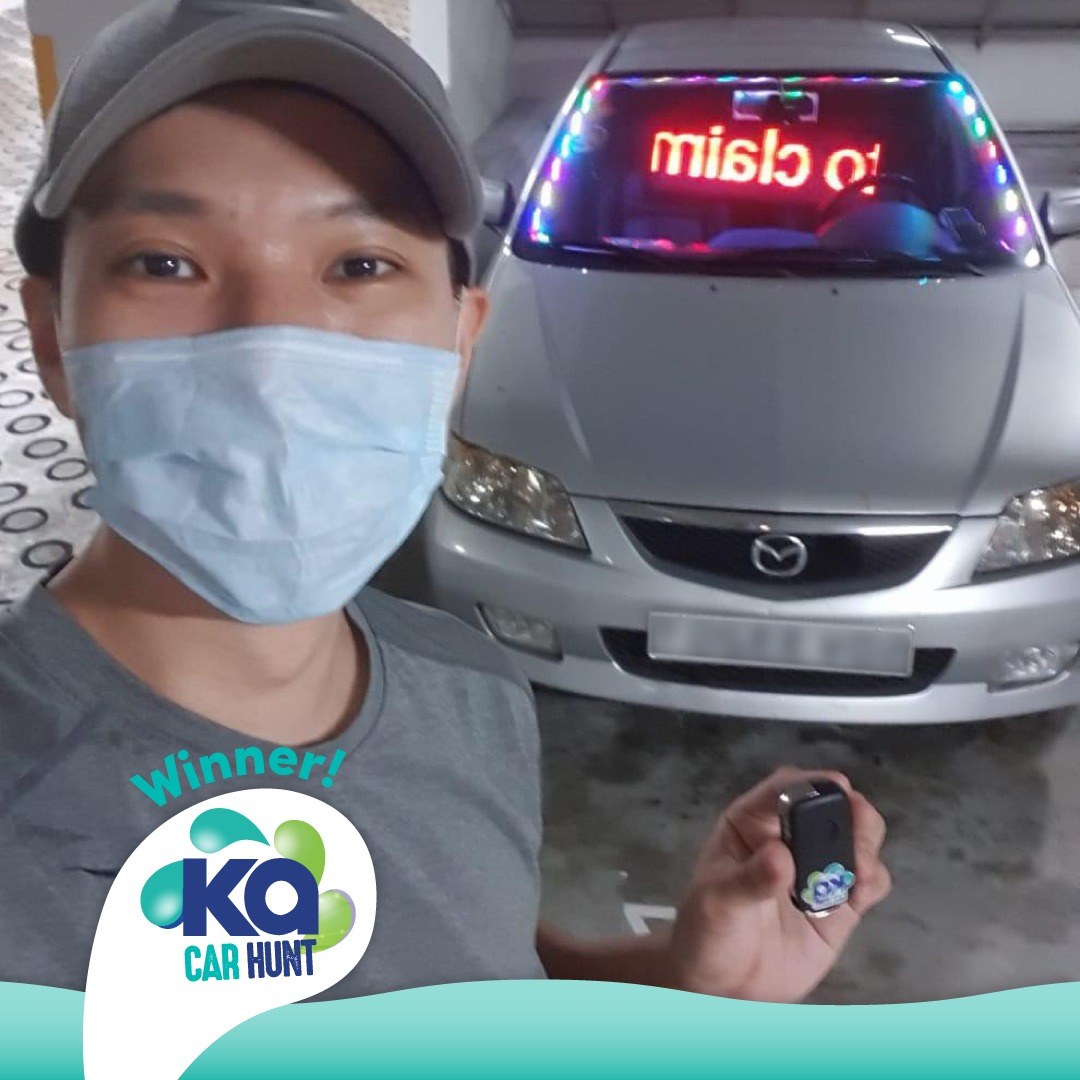 The unassuming Mazda promptly flashed colourful lights, as well as a message with instructions for Nicholas to claim his prize.

The rest, as they say, is history.

The Car Hunt, however, isn’t entirely a thing of the past yet.

There are still 998 Ka Keys out there, either already in the hands of a lucky finder or waiting to be found. 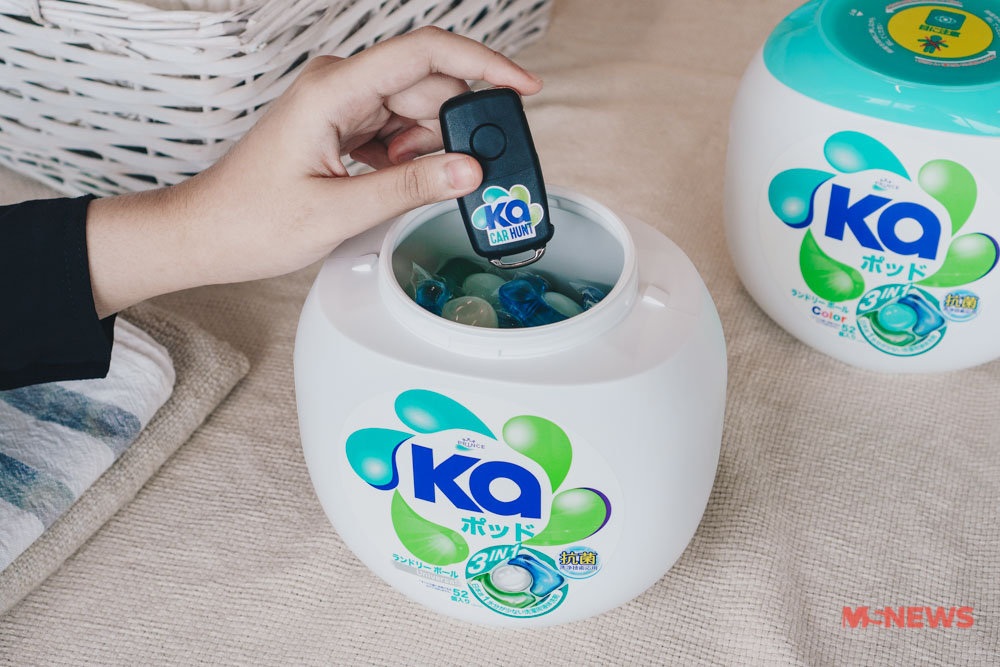 If you’re in possession of one, don’t let it go. Ka will continue posting clues on their Facebook and Instagram pages, for Ka Key holders to solve.

Every clue solved leads to a cash prize, so more than 1 person will stand a chance at winning.

How this new Hunt works is as simple as the last one:

Rewards for unsolved clues after their respective 48-hour windows will be added on to the next one, meaning that if nobody claims the 1st prize, the person who solves the second clue and triggers the car will win $7,000.

The snowball effect stops whenever someone claims a prize, and the next one will automatically reset to $2,000.

In the case where the first 10 clues go unsolved, the lucky solver of the 11th and final clue will head home with a grand total of $25,000.

Even if that doesn’t end up being you, the Ka Key you hold will still earn you a gift pack worth over $100. 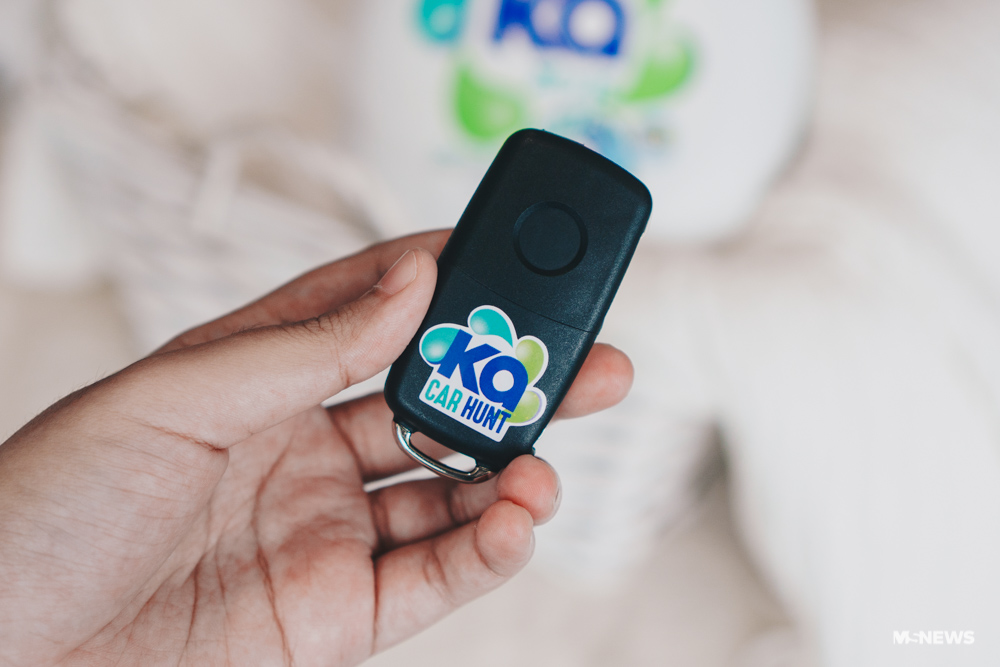 Simply take a selfie with the Ka Key and upload to Instagram or Facebook with the hashtag #KaCarHunt to redeem the gift pack.

Ka will share the redemption details after the hunt ends on 13 Nov, so keep a close eye on their socials. 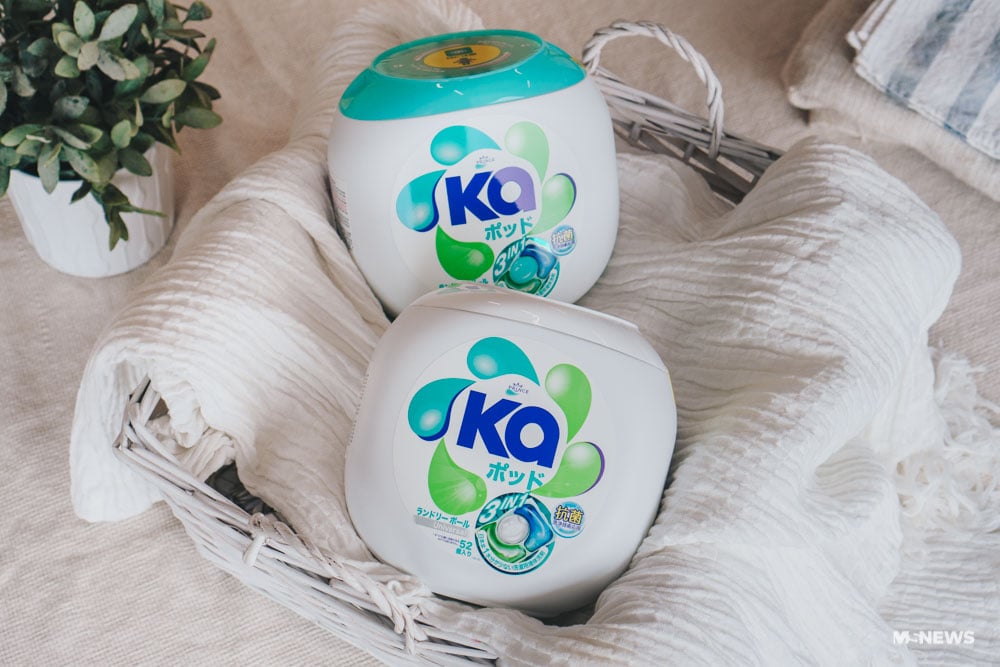 Embark on the thrilling quest to track down the mystery car, and you may find yourself a few thousand dollars richer.

Not only will mum be happy with all the laundry detergent you’ve bought for her, you’ll have some spare cash set aside to plan your next holiday once leisure travels are safe again.

This post was brought to you in collaboration with WhealthFields Lohmann (S).