We can all follow The Maserati Dude's example and be kind.

Driving in Singapore can be quite the stressful challenge, as any motorist will tell you over a cup of kopi or beer.

We’ve all probably heard of a road rage incident and other misdemeanours even if we don’t drive.

But we also have our fair share of kind drivers, as a Singaporean found out when she received help from a Maserati driver while exiting a carpark. Perhaps there’s some hope for Singapore’s roads amidst the seemingly-constant barrage of negative incidents we see daily.

Singaporean get stuck at carpark gantry

On Sunday (7 Feb) afternoon, Ms Ling was exiting the carpark at Tampines Mall but got stuck as the gantry didn’t pick up her car’s signal.

She became panicked due to the thought of holding up the impatient CNY crowd and feared that there might be a pile-up of cars.

But attempts to get the gantry to pick up the signal weren’t working.

Then, she saw a nearby Maserati driver open his door and exit his vehicle.

That man is the owner of this fine vehicle: 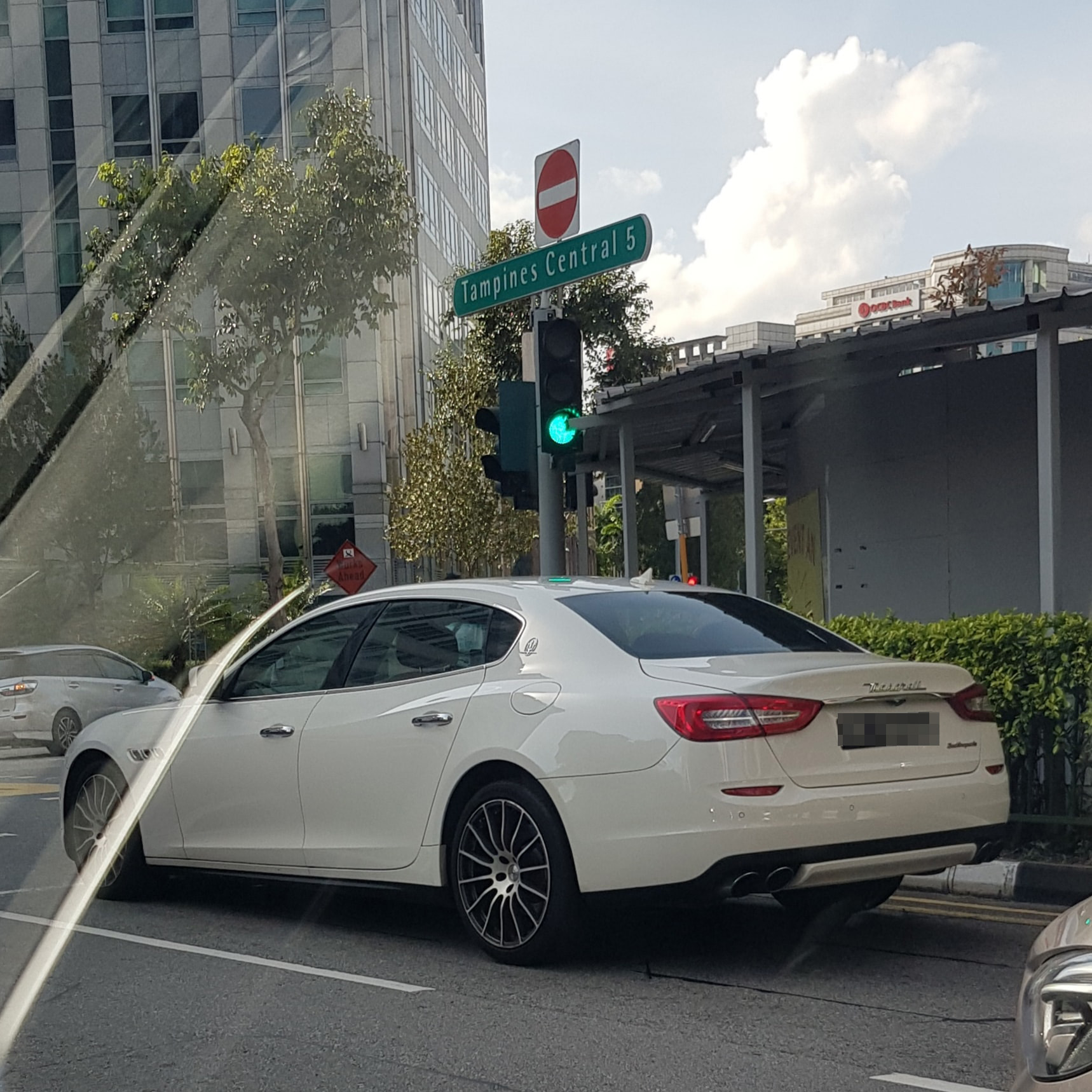 Fearing the worst, she started to feel her heart sink:

She certainly wasn’t thrilled at the prospect of dealing with a confrontation while having issues exiting the carpark.

But the Maserati driver, whom she nicknamed The Maserati Dude, wasn’t there to stir trouble.

If anything, he was trying to fix the issue that Ms Ling was facing.

He approached her open car window and said:

Hello! You need to angle your car closer toward the gantry. You can reverse, I help you watch your back.

Ms Ling then “(melted) into a puddle of gratitude”.

She was particularly appreciative of how he took the extra step to get out of his car to tell and guide her.

It hadn’t even been over a minute since she got stuck, she shared, and The Maserati Dude didn’t appear to help because he got exasperated.

Turns out, the angling advice worked.

Perhaps even Ms Ling had given up on the idea that there can be kind motorists here, which is why she became panicked and was afraid of a confrontation.

But in her words, “not all sports/expensive car drivers are sh*theads”, denouncing a commonly-held belief that people who drive sports cars can be unfriendly and rude.

Maybe there’s hope for Singaporean drivers yet, as this incident shows.

We can all do our part to be kind as well, like The Maserati Dude, and stay calm when mishaps occur. Maybe then we can all have a more pleasant driving experience.