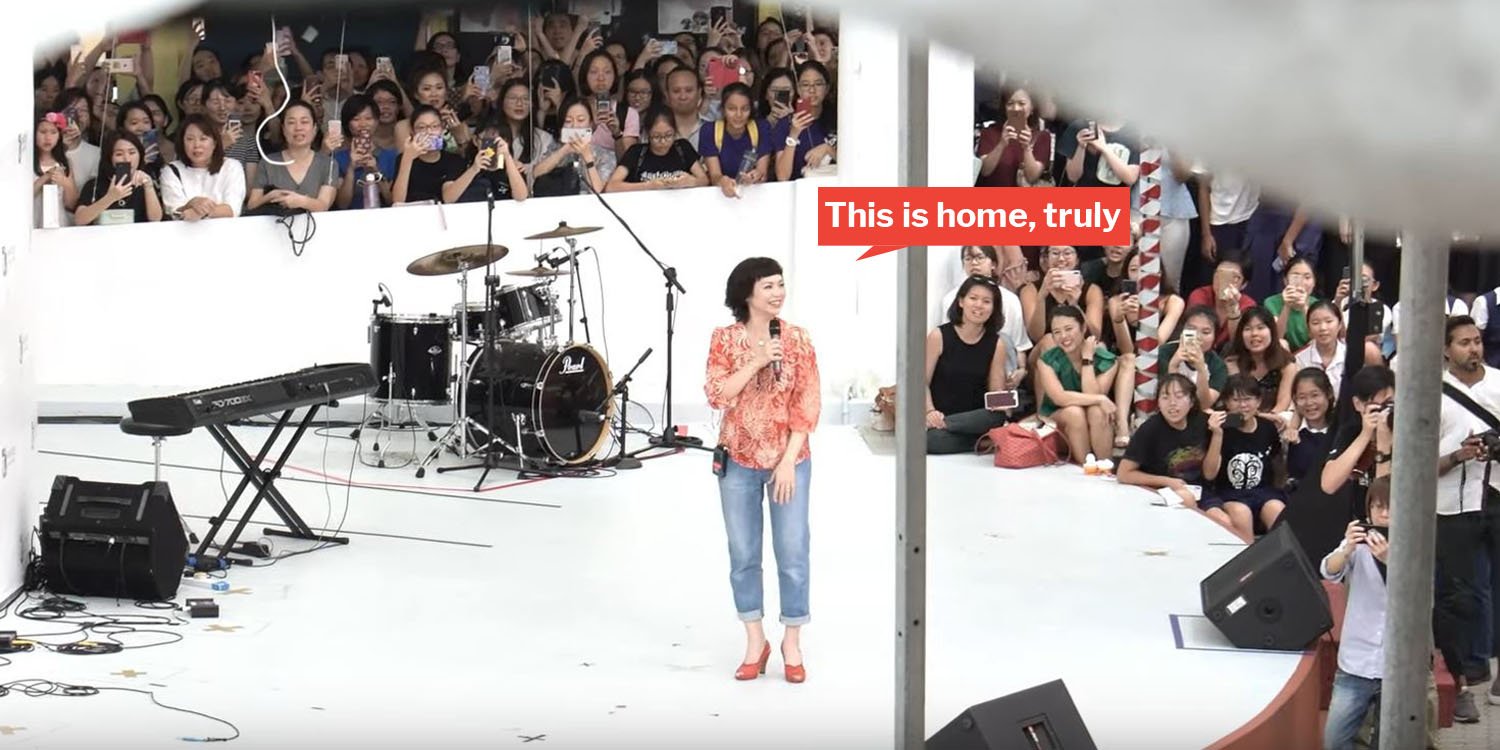 Schools are often considered a second home because it’s where we spent the most of our formative years in.

So, having to bid farewell to a place you hold dear is understandably an emotional moment.

This was the case for Singaporean girls of Raffles Girls’ School (RGS). The institution will be moving from its current Anderson Road campus to Braddell Road in 2 months’ time, reports CNA.

A notable moment of the homecoming, was when famous RGS alumni Kit Chan injected a sense of belonging and nostalgia with her performance of iconic NDP song ‘Home’.

Here is the video.

Using the song, Ms Chan captured her memories and sentiments of how RGS was like a home to her, as well as to other students and alumni.

The video also captured a heartwarming scene when everyone sang along to the lyrics:

We can imagine many RGS girls recollecting their years spent at the campus, and how it was like a home to them, when listening to Ms Chan’s performance.

In CNA’s video feature of RGS 140 Homecoming, many alumni were seen at the event, some of whom were already in their golden years.

We believe that buildings are important but not everything. It’s the people, spirit, teachers, and students that bring up the special feature of RGS.

I feel a tad sad but at the same time, I look forward to our new beginning.

RGS truly a home to many girls

Looking at how over 5,000 students and alumni made time to gather for RGS’ final homecoming, it speaks volumes of the impact this school has had in their students’ lives.

Following the change in location, we hope RGS will continue to preserve their illustrious legacy, and being a home for future generations of Singaporean girls.

If you have any memories to share as an old RGS girl, feel free to tell us in the comments below.