We wish them a blissful marriage ahead.

On Friday (24 May) Li Huanwu was thrust into the spotlight after news broke of his marriage in South Africa with his current husband, Heng Yirui. But if you were to ask any Singaporean if they knew anything about Mr Li Huanwu, we bet our bottom dollar that most of them would say,

And we don’t blame them one bit. Truth be told, Huanwu seems to prefer keeping a low-profile, at least online.

Regardless, here are 6 facts about Huanwu that we’ve managed to gather.

Obtaining a degree is a challenging task for most of us.

But Huanwu has not 1, but 2 degrees from the University of Pennsylvania, majoring in computer science and finance.

Huanwu, now 32, is the Vice President of the Southeast Asian arm of tech firm, Afiniti.

2. Taught his doggo how to balance his rings

Huanwu is extremely fond of dogs. And who wouldn’t be, with such an adorable Shiba Inu as a companion. 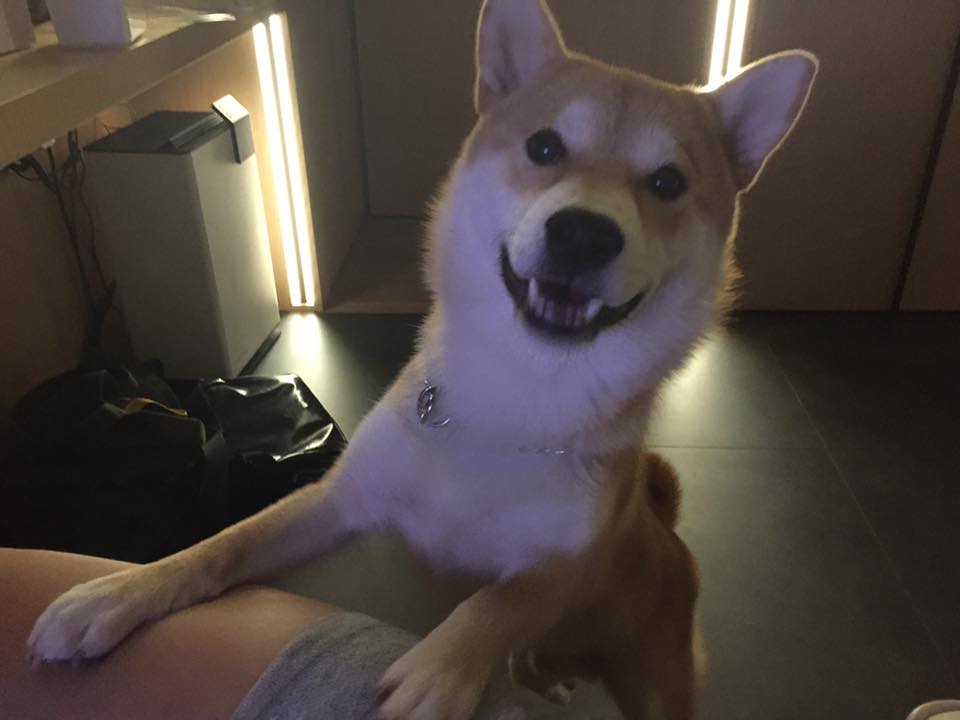 He also managed to train his dog to balance his wedding rings on its nose. 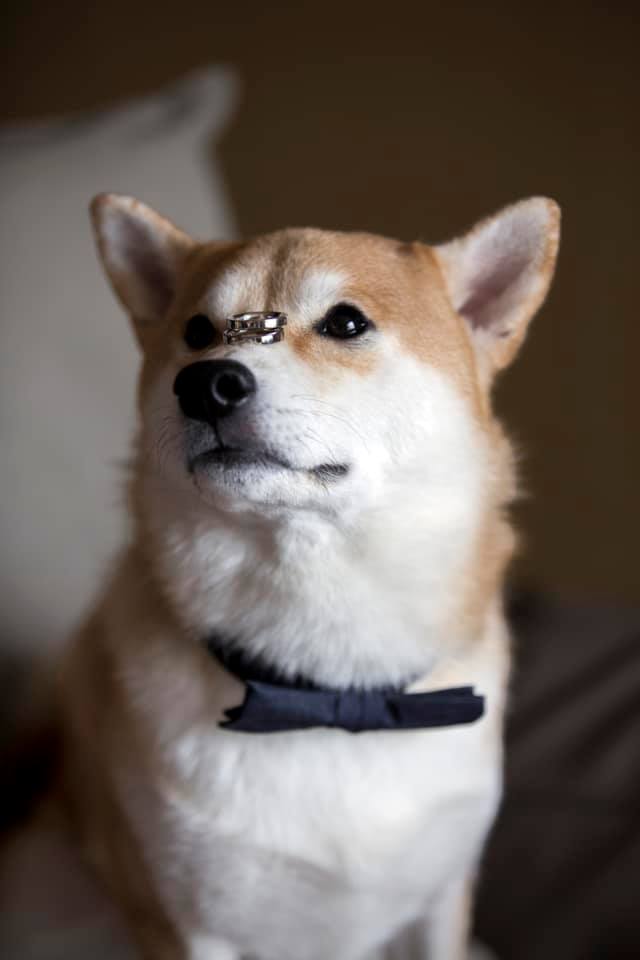 We can’t help but wonder how many treats he bribed his dog with.

Huanwu is often pictured in the savannah with his current husband, Yirui. 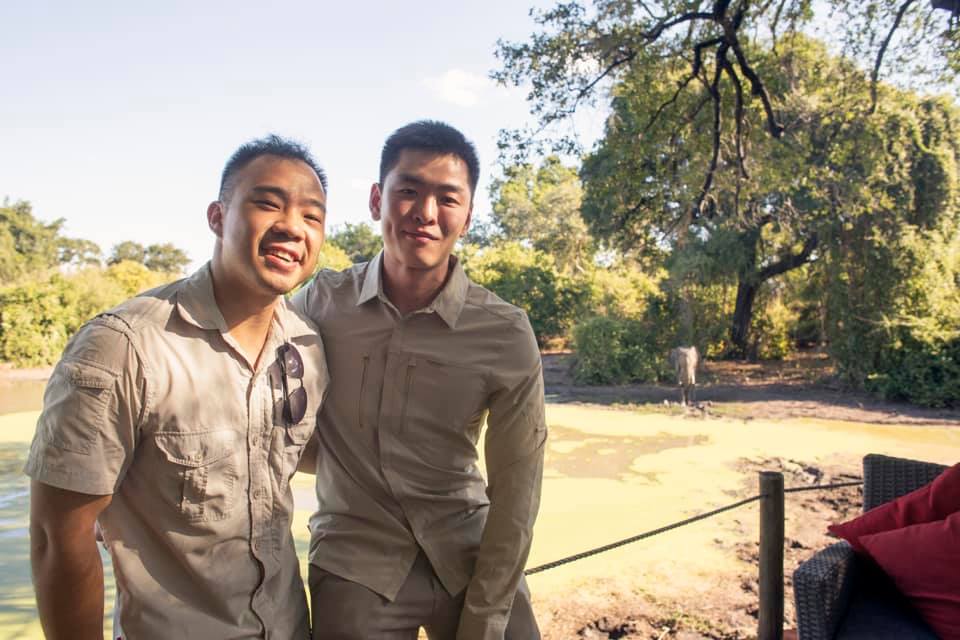 We can’t say for certain, but Huanwu’s love for animals and the great outdoors may be attributed to his husband’s influence, who works as a veterinary.

The pair’s love for wildlife can even be seen in their wedding photo, where an elephant was seen attending their ceremony.

Like most Singaporeans, Huanwu loves having a good ol’ McSpicy burger.

Don’t believe us? Here’s Huanwu, casually flaunting a dashing smile while holding a fine specimen of a McSpicy burger in hand. 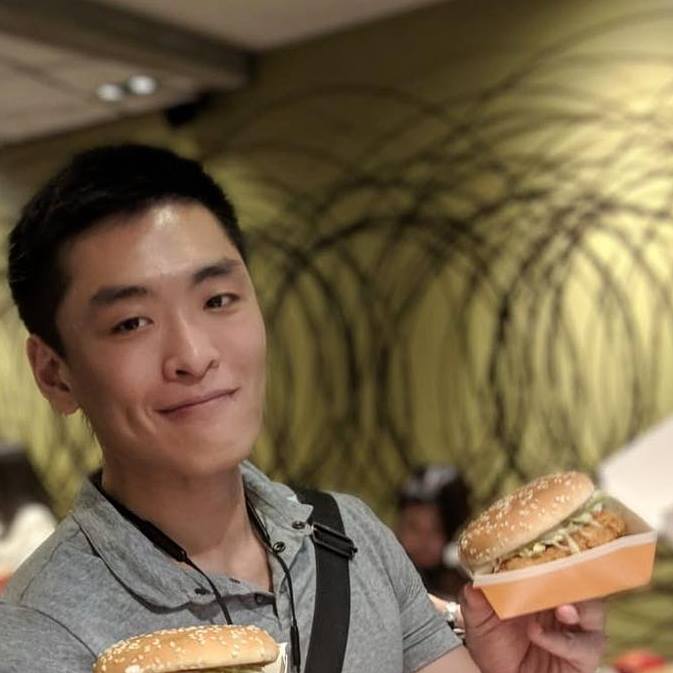 By the way, he loves Coke Zero too. This guy really knows his fast food well, doesn’t he?

5. Came out of the closet publically

Back in June 2018, Huanru declared his sexuality publically through Out in Singapore, a photo exhibition for “LGBTQ persons who wish to come out to family, friends and peers in the community”. 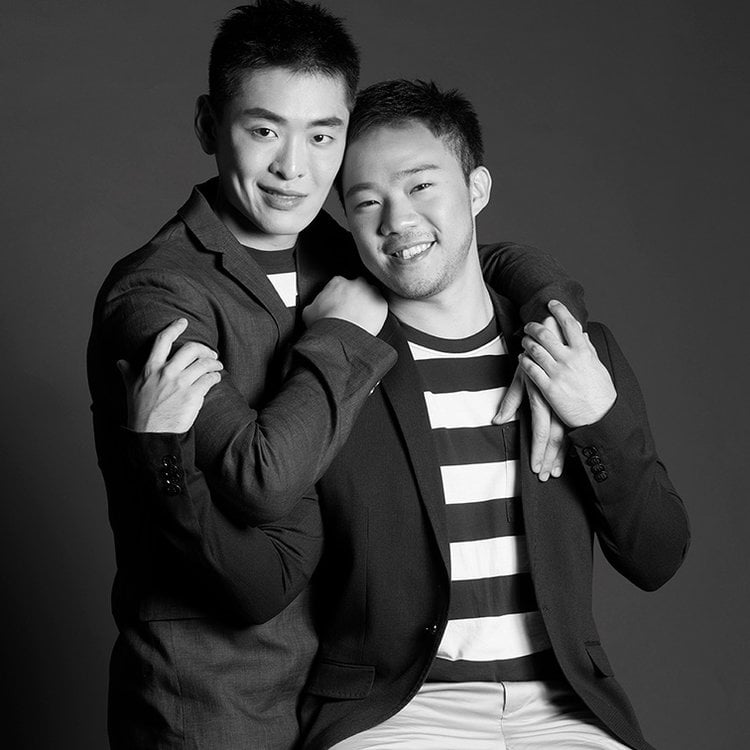 He was seen with his arms held lovingly across Yirui in a black and white picture.

Even before ‘coming out of the closet’, Huanwu had been a vocal advocate for LGBT rights.

Back in Jul 2017, Huanwu took to Facebook to rally support for Pink Dot 2017, urging both closeted and ‘out’ members of the LGBT community to attend the event. 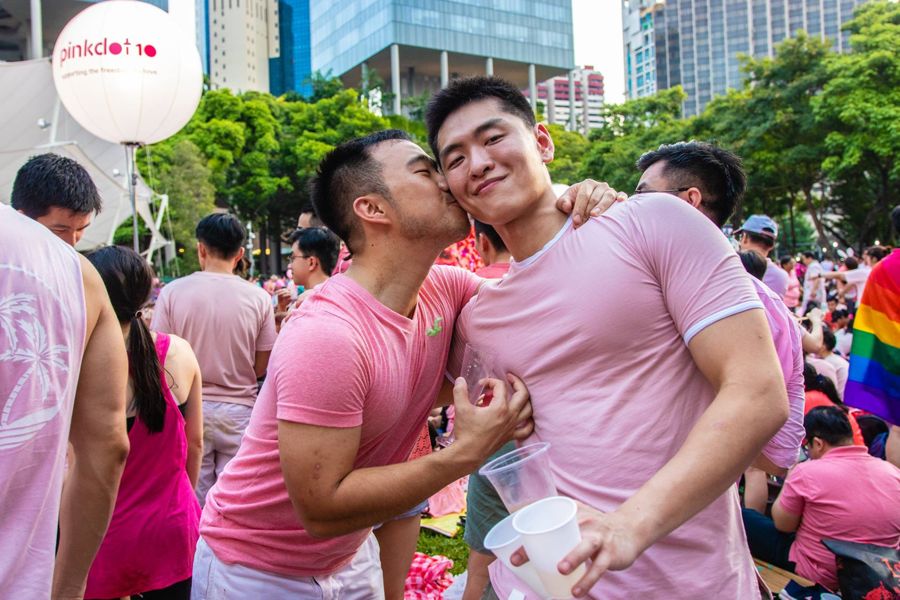 Congrats to Huanwu and Yirui for their wedding

LGBT may be an issue that will continue to divide Singaporeans in the foreseeable future.

But Huanwu, and his willingness to stand out publicly to effect change for a cause he believes in, is something that’s truly admirable.

With that, congratulations to Huanwu and Yirui for their union and hope that they will enjoy a blissful marriage ahead.