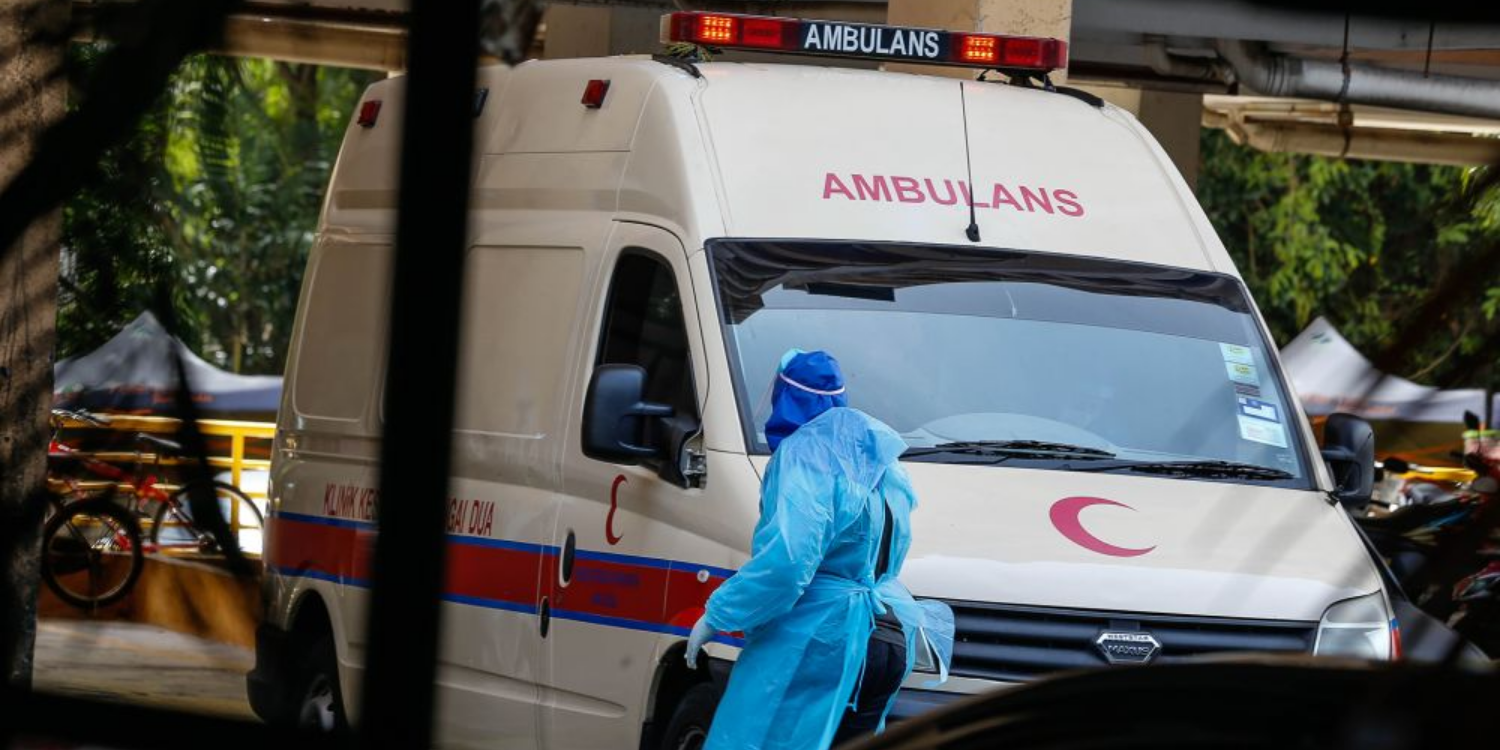 His condition wasn't improving after 6 days.

By now, it’s not news that one can get reinfected with Covid-19.

Even though being infected equips one with antibodies, it remains unknown how long they remain effective.

This was the case for an unsuspecting young man in Malaysia, who unfortunately caught the virus 4 months after his 1st infection.

He held off getting treatment until it was too late and passed away in a matter of days.

As such, Malaysian politician Lee Khai Ming took to Facebook to caution others of the dangers of Covid-19 reinfections. 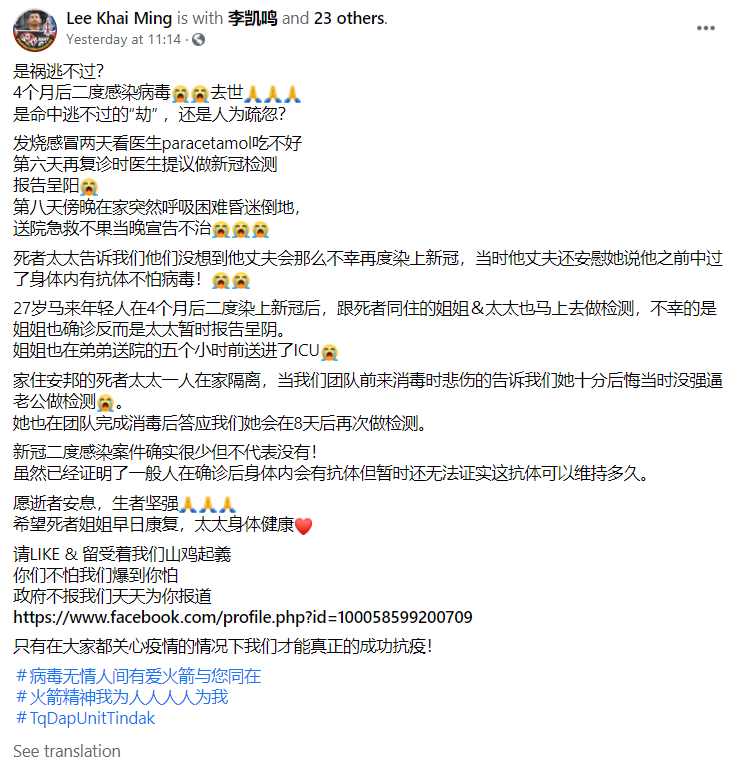 As his post is in Chinese, we translate and summarise it below.

Malaysian gets reinfected with Covid-19 after 4 months

In a Facebook post dated Sunday (13 Jun), Mr Lee recounts a heartbreaking story of a 27-year-old at Ampang — a town in Selangor, Malaysia.

The young man had caught Covid-19 before but didn’t think he could catch it again when he showed symptoms 4 months later.

Therefore, he treated the onset of his symptoms as normal flu and self-medicated with paracetamol.

It was only when his condition didn’t seem to improve after 6 days did he finally get a swab test. 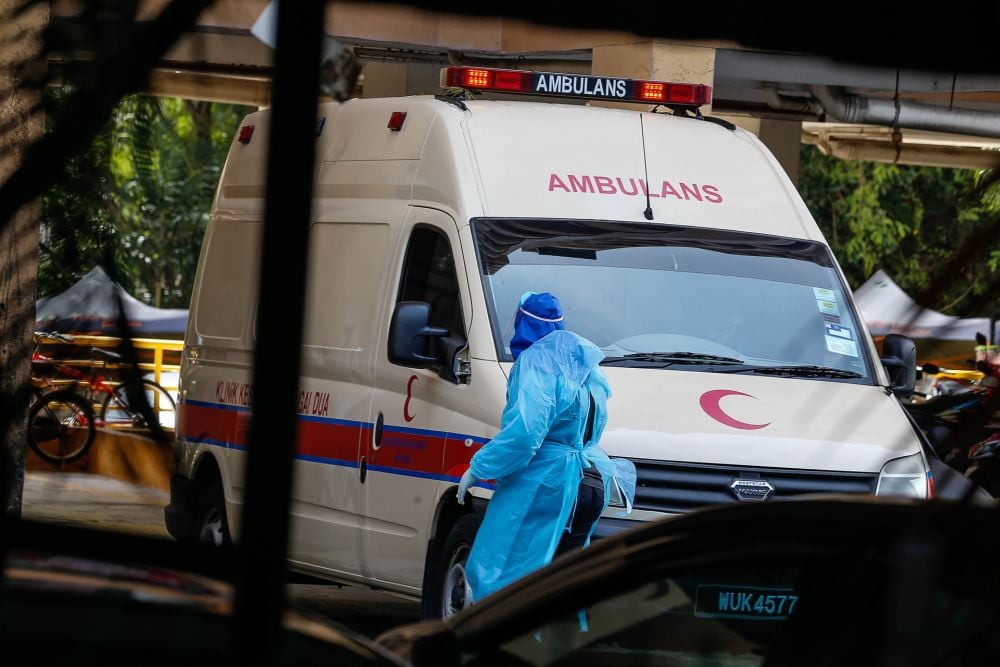 Sure enough, his results returned positive for Covid-19, again.

A dramatic turn of events quickly followed suit. On day 8, 2 days after getting a swab test, the man had difficulty breathing and collapsed at home.

He was then conveyed to the hospital in the evening, where he, unfortunately, passed away the same night.

Mourning the loss of her husband, the 27-year-old’s wife told Mr Lee her many regrets.

She regrets not convincing him to get a test sooner and regrets believing him when he said he was already “immune” to the virus.

As such, Mr Lee cautions the public against the real threats posed by Covid-19 reinfections.

He noted that we can’t tell how long the antibodies will last in our bodies yet.

Condolences to the young man’s loved ones

The demise of someone far too young is a tragic reminder of a pandemic that rages on.

It’s also a reminder that reinfections can occur, and we should always seek medical attention if feeling unwell even if vaccinated or infected previously.

Meanwhile, MS News extends our condolences to the loved ones of the young man.