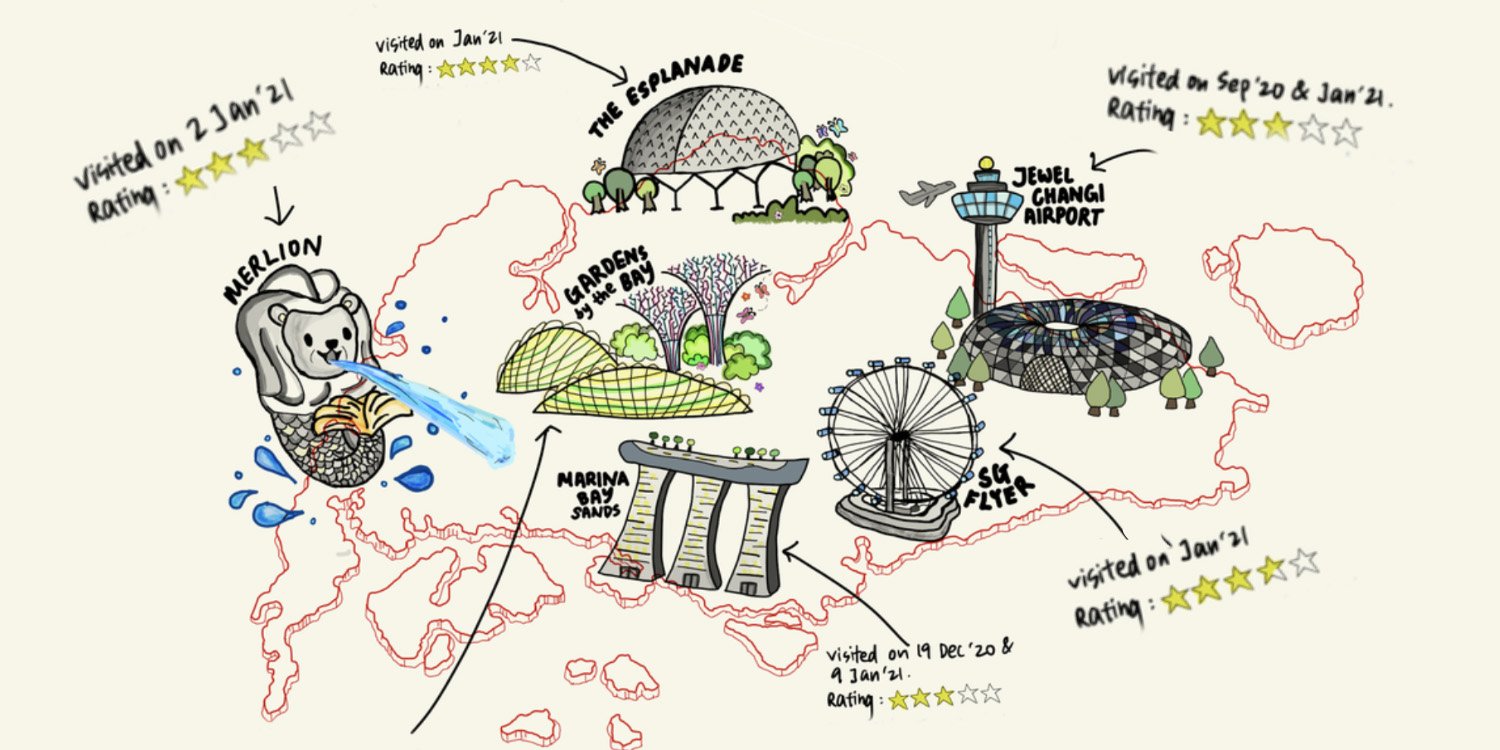 The border restrictions that are still in place in most countries have made leisure overseas travel an impossible feat.

To satisfy our wanderlust, many Singaporeans have turned inwards and resorted to visiting domestic attractions instead.

On Wednesday (17 Mar), a Redditor who goes by the handle u/fattylammm took to the Singapore Subreddit to share an adorable map of the local attractions they visited, including ratings and reviews of the places. 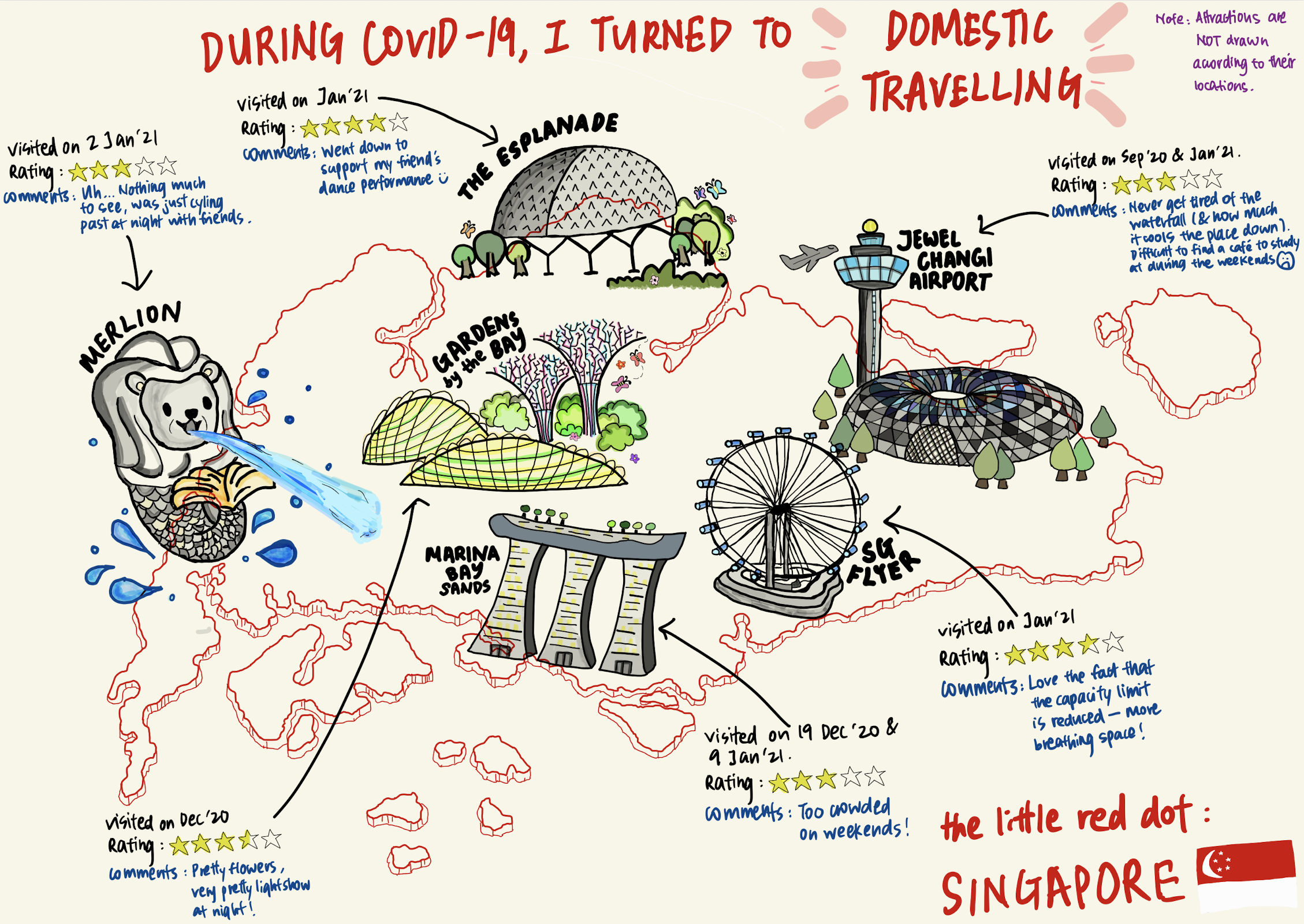 Esplanade gets highest rating in map of attractions

Based on the map, the Redditor visited the attractions between Sep 2020 and Jan 2021.

Of the 6 attractions rated, the Esplanade came out tops with an impressive 4 stars.

The user apparently visited the ‘concrete durian’ to watch a friend’s dance performance, but did not elaborate on the appeal of the attraction. 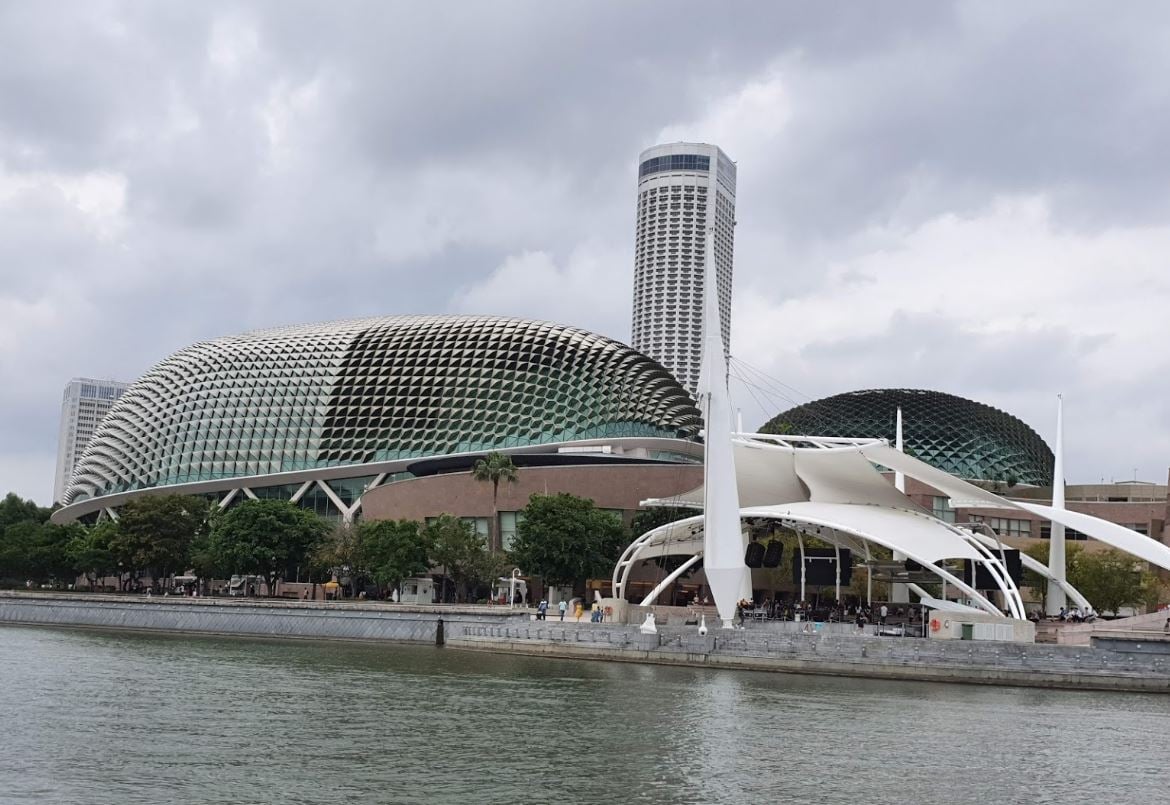 The Redditor was, however, a fan of the flowers and stunning light show at GBTB, which earned what looks to be a 3.5-star rating. 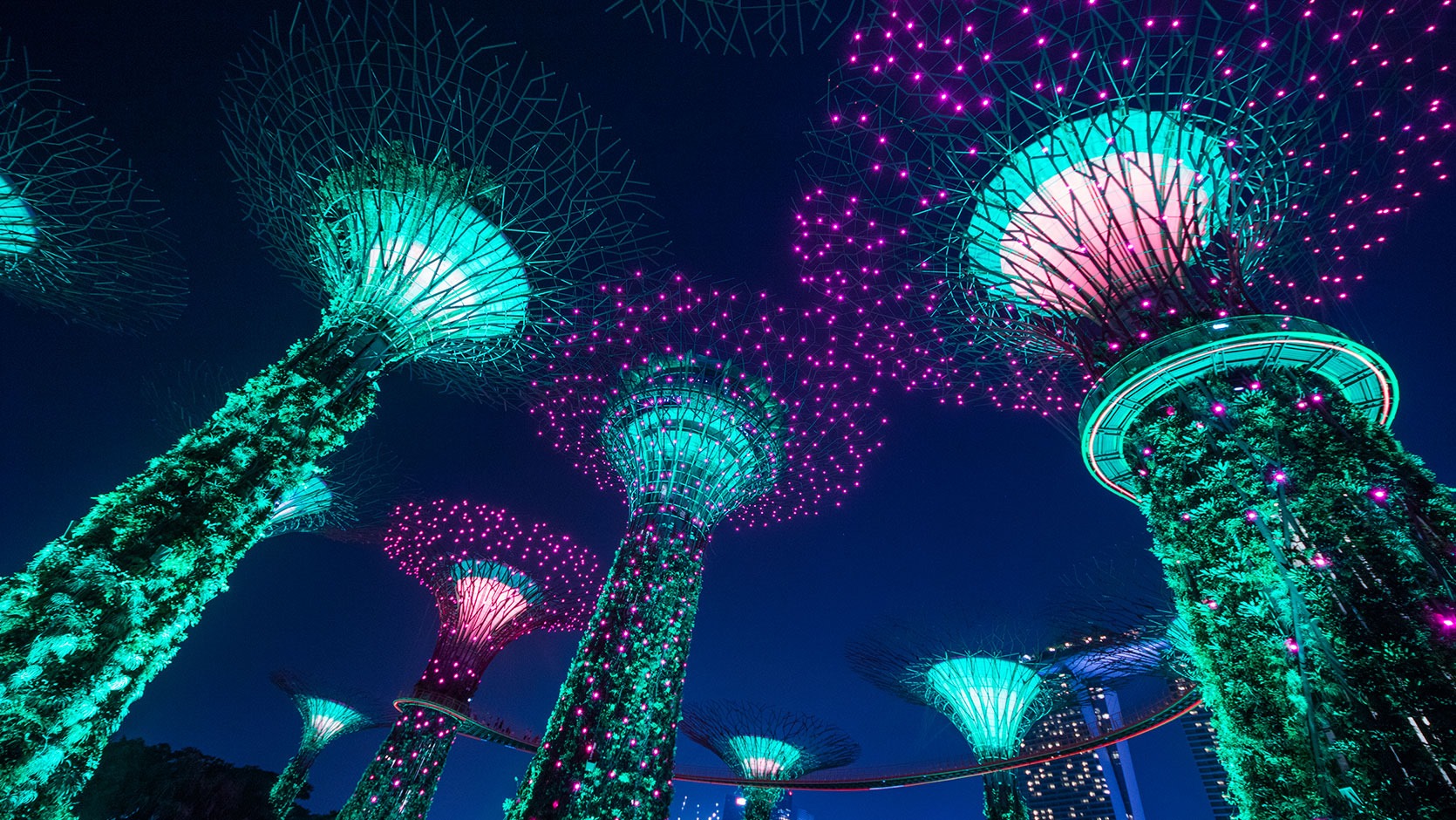 The safe management measures at the Singapore Flyer didn’t go unnoticed too, as the Redditor praised them for the reduced capacity limit. 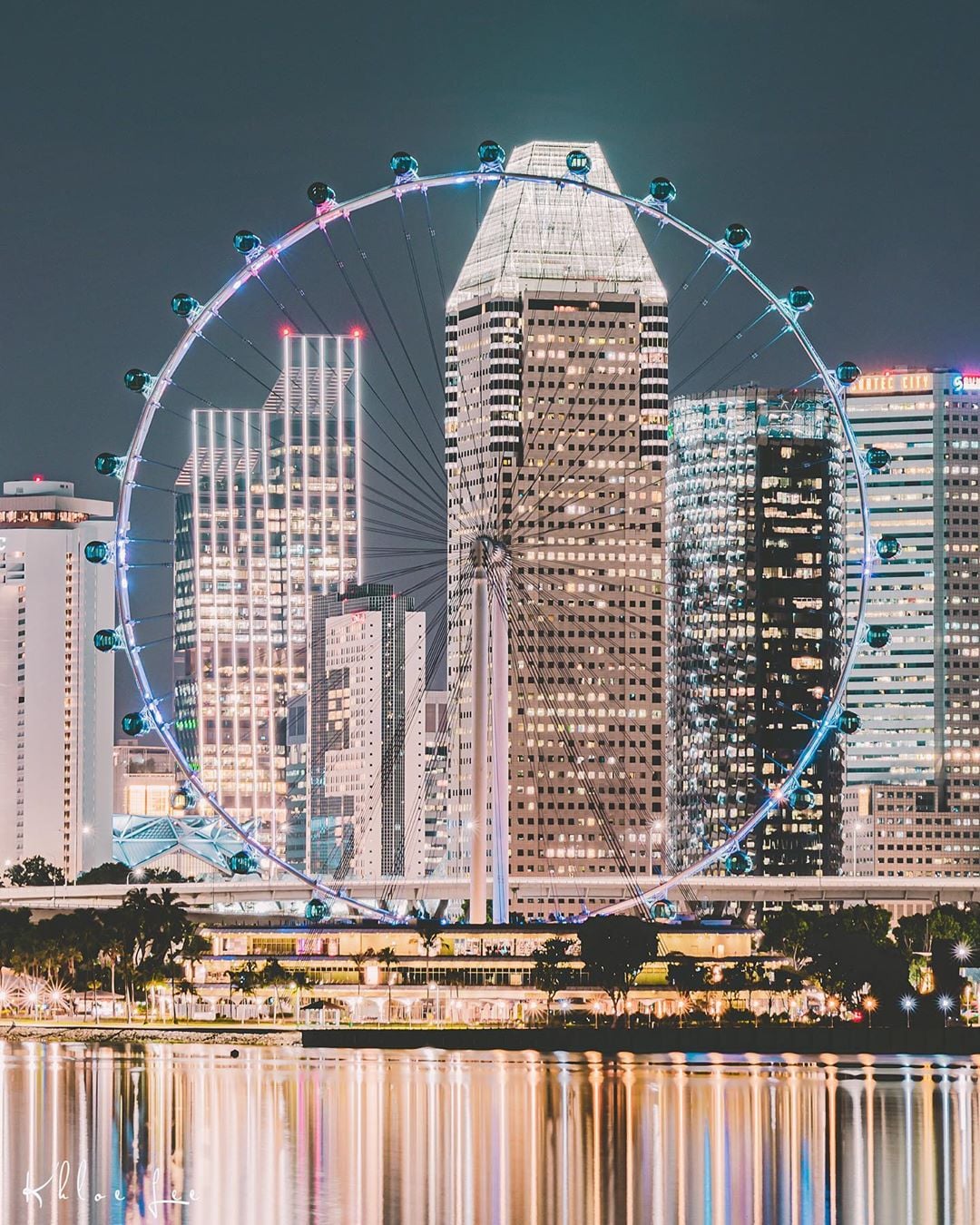 The attraction the Redditor visited most – twice – was Jewel Changi Airport, proving that our airport is more for than just a ‘portal’ for travellers. 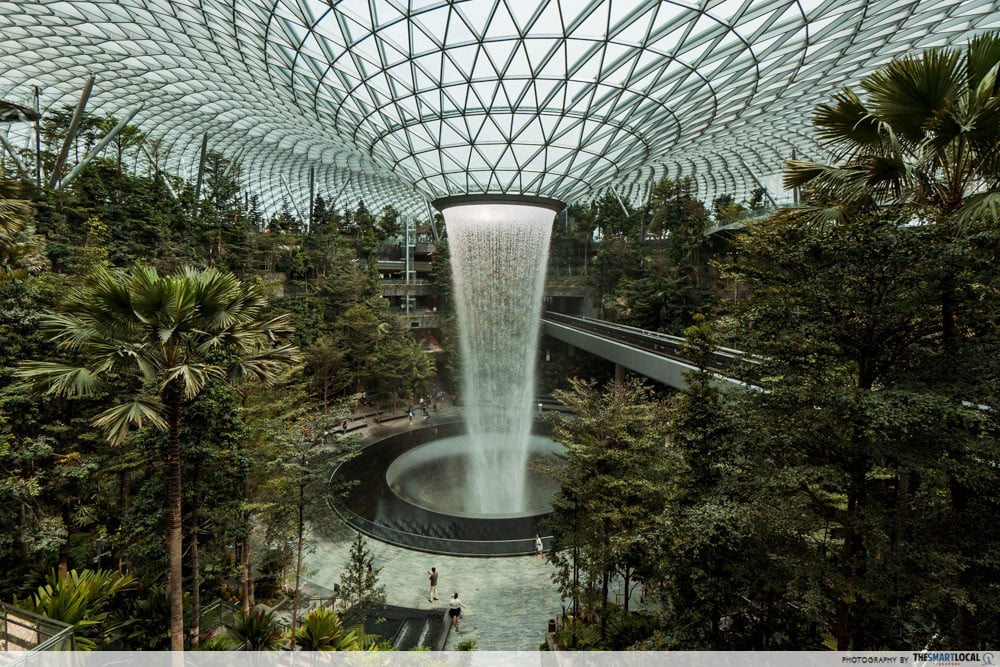 Though the Redditor never got sian of the majestic waterfall, they shared that it’s quite challenging to find a spot there to study over the weekends.

Another attraction that got the same rating was the Merlion Statue, presumably the one opposite Fullerton Hotel. 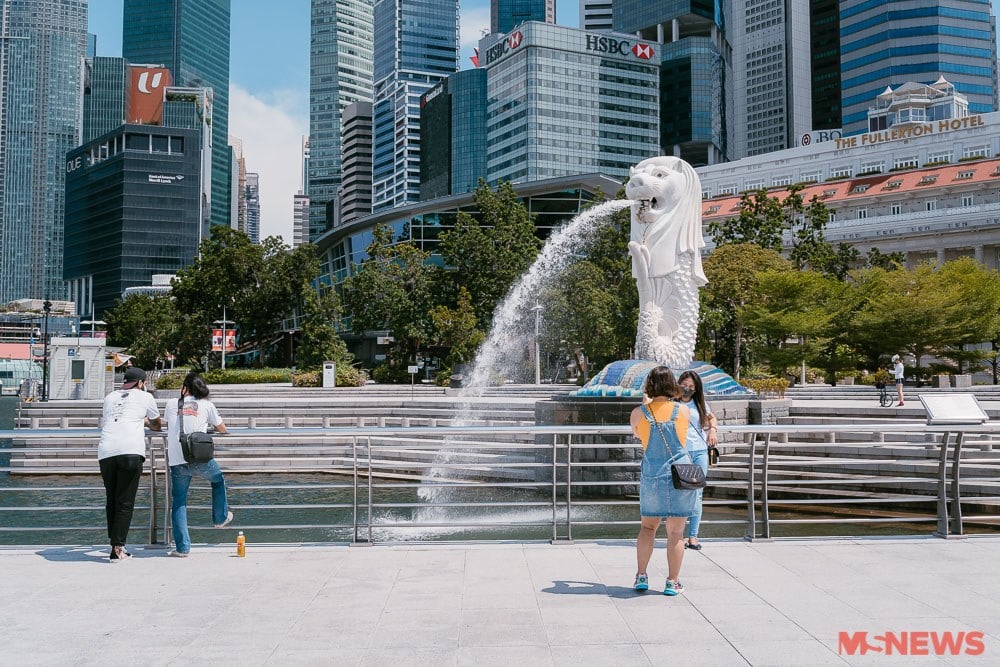 The Redditor claimed that there was “nothing much to see”, as the structure was only a passing landmark on a night cycle with some friends.

Marina Bay Sands (MBS) meanwhile only received 3 stars, as the Redditor felt it was too crowded on weekends. 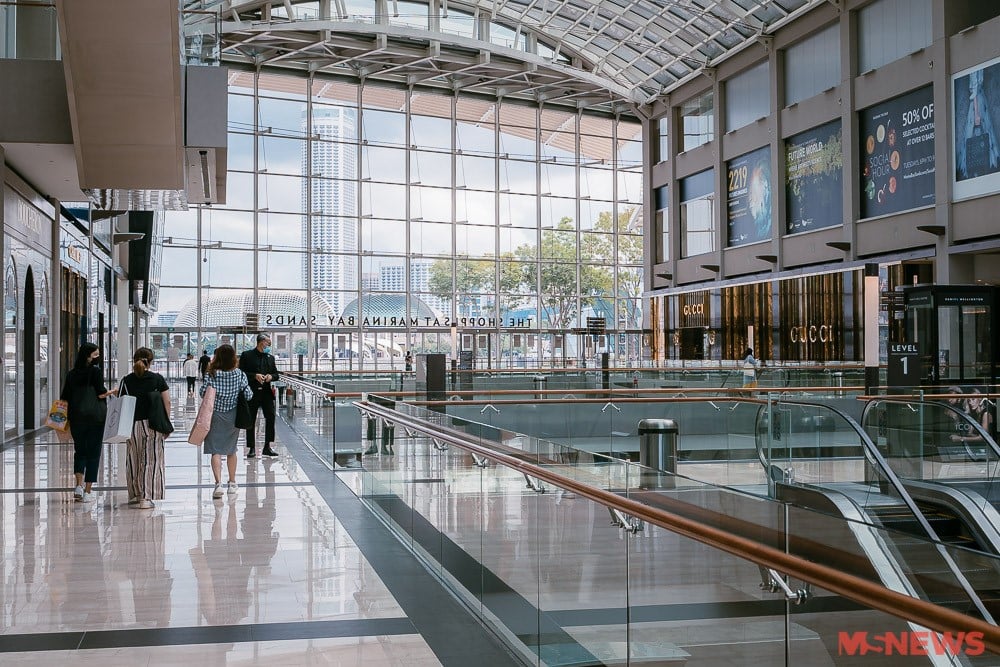 Would give USS 5 stars during Phase 2 of reopening

Conversing with other Redditors in the comments, the OP shared that they would rate the Universal Studios Singapore (USS) 5 stars during Phase 2 of reopening when there were reportedly shorter queues.

Of course, the Redditor’s free time hasn’t consisted of mere exploration, as some days comprised laidback Netflix sessions too.

You can check out the Redditor’s illustration in the post here.

With leisure overseas travels out of the picture, those with a serious case of wanderlust may be at a loss.

But the various attractions within Singapore are worth exploring too, and we’re heartened that many are taking the opportunity to do that.

Do you agree with the Redditor’s assessment and rating for the attractions? Let us know in the comments.