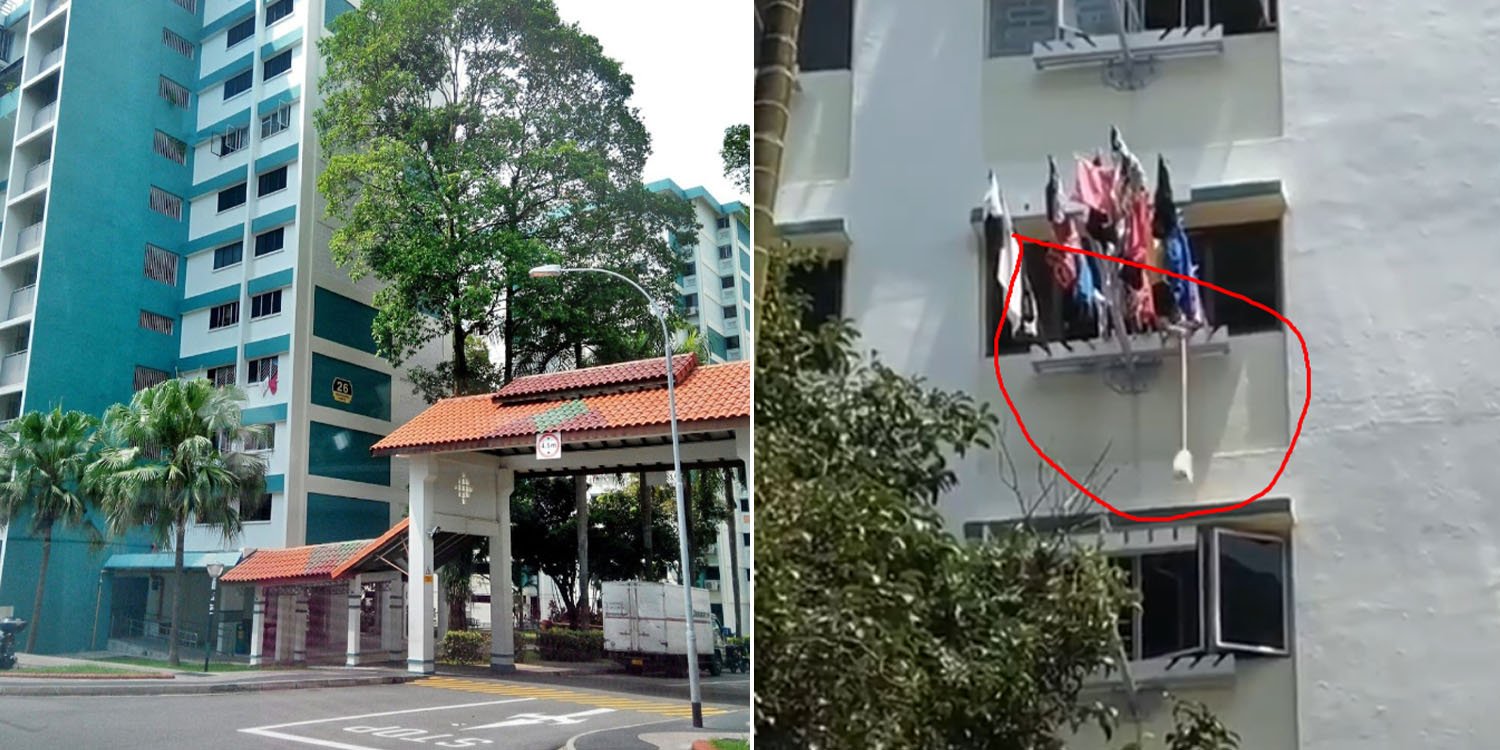 As most of us live in close spaces with others, some friction is expected.

However, when things escalate for years with no end in sight, there has to be a line drawn.

When Madam Wang, a resident at Block 26 Marsiling Drive, claimed that her downstairs neighbours’ cooking smell was pungent, the family initially agreed to cook within certain hours only.

But the complaints never seemed to stop and even escalated to court.

Finally, after mediation efforts failed to resolve the matter, the family living downstairs has engaged a lawyer.

Now, they simply wish for an end to the conflict and to cook at any time they wish.

According to Mr Malek, 57, and Madam Suryati, 53, the issues began about a week or 2 after moving into their Marsiling flat in late Dec 2015. 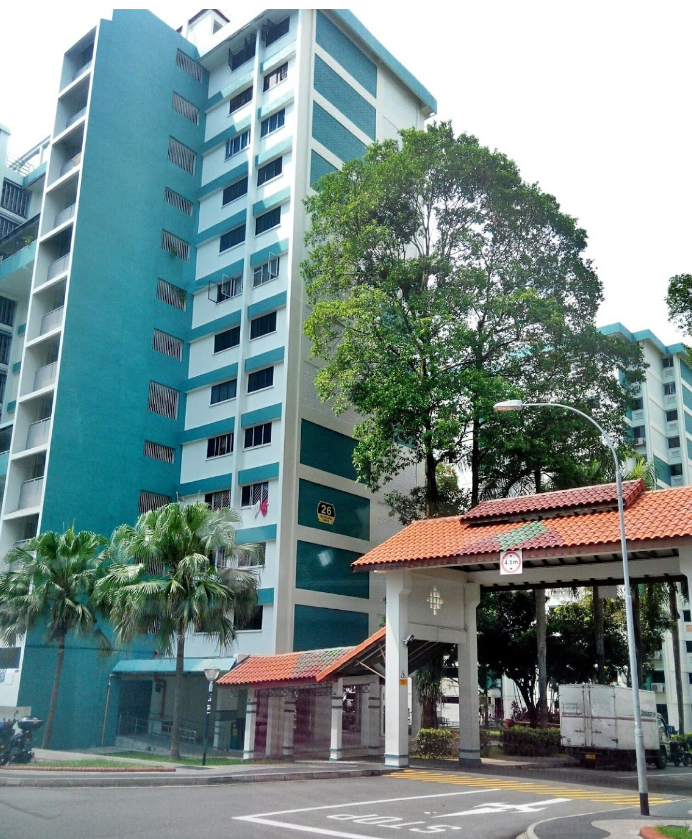 Little did they know that this would be the start of an ordeal that would bring about considerable stress and anxiety.

The first sign of the issues was a call from the Housing and Development Board (HDB), who told the family that they had received complaints from neighbours about their “smelly cooking”.

They were told by HDB that there are no rules against cooking.

The complaints, however, kept coming — the neighbour would allegedly shout from her kitchen window that the family’s cooking was “smelly”.

Mr Malek said the 1st incident was when they noticed their windows were particularly wet.

Then, when Mr Malek’s daughter was heading out for work, she happened to see the neighbour shouting and swinging her mop.

The intention was apparently to flick water at the flat. 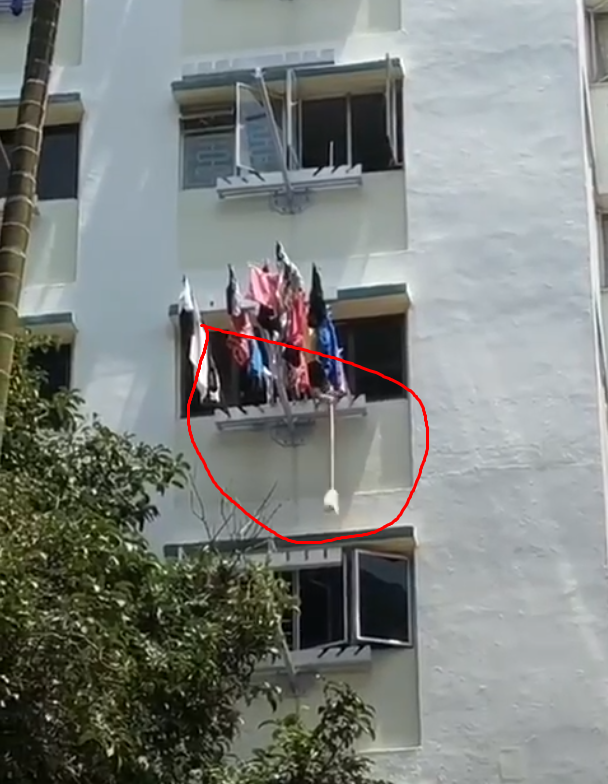 The other incident was when a fish head was dangled in front of the flat’s window.

The family had noticed a “bad smell” in the living room and kitchen for a number of days, but couldn’t place where it was coming from.

Finally, one day, someone sighted a fish head dangling in front of the window. 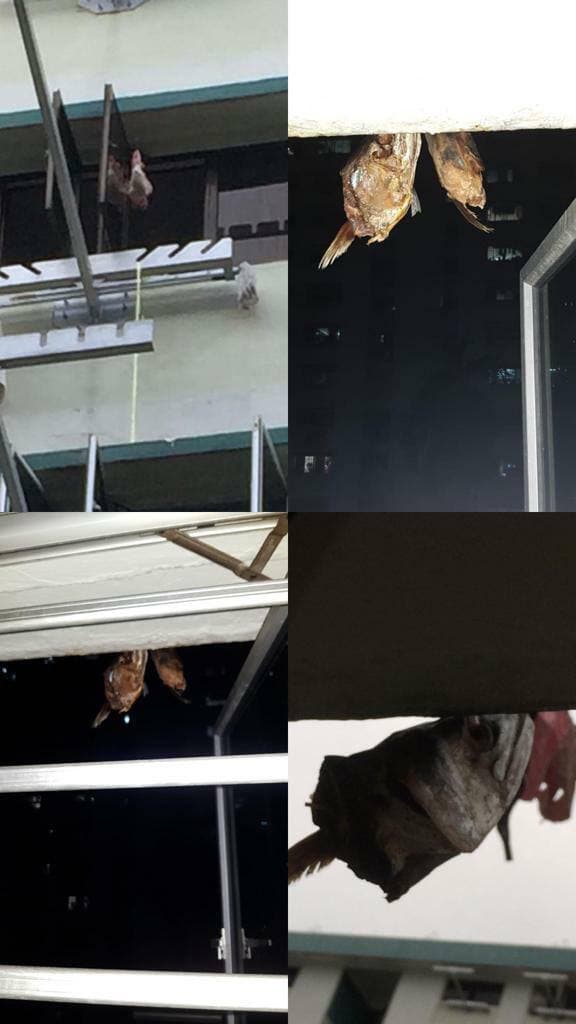 Complaints about cooking in toilet & near windows

The complaints, Mr Malek told MS News, included accusations that the family was cooking in the toilet and near the windows.

After contacting the ex-owner of the flat, the family discovered that the upstairs neighbour had also made similar accusations about their pungent cooking smell.

Apparently, the complaints seemed to target anyone living in the unit, not just that one family. The ex-owner and her daughter later moved out for unrelated reasons.

Agreed to mediation in the name of harmonious living

In order to live harmoniously as neighbours, Mr Malek and Madam Suryati agreed to mediate the issue with Madam Wang and her family.

But every other day, the couple would continue to receive accusations of their “pungent cooking smells” despite the agreement for Madam Wang’s family to not disturb them anymore after mediation.

They persisted when Mr Malek’s family was physically not present in the unit as they’d gone to Mecca and Medina.

The smell of other neighbours’ cooking would allegedly be blamed on his family as well.

The upstairs neighbours eventually escalated the matter to the State Court, but the judge moved it back to the Community Mediation Centre for mediating.

There was a refusal to settle after a mediation took place, necessitating new terms to be drawn up during a 2nd mediation session in Mar 2020.

The terms were that the family will cook at 3 different timings during the day and that Madam Wang should not disturb them anymore.

Unfortunately, they weren’t enough for the disturbances to cease.

Under the terms, if the upstairs neighbours had any issue with the smell, they can be invited down by the family to check the house.

Mr Malek said that Madam Wang and her husband would check the unit on at least one occasion but would find nothing in the process.

And after enduring this issue for more than 5 years, there’ve been repercussions for the family. Madam Suryati, in particular, has been badly affected and has had to seek medical treatment.

When Madam Wang went to the media with her story, the family decided to seek legal recourse.

With these latest developments, Mr Malek and Madam Suryati also felt they should come out with their side of the story.

The family’s only hope is to lead a happy and normal life, without having fixed timings to cook.

After all, they said, everyone deserves to be able to cook whenever they want in their own home.

Knowing your rights is important in neighbourly disputes

Ms Syafiqah advised on patience when facing such disputes, and going to the police post if possible.

The other advice is not to take any aggressive actions and go through the proper channels to resolve them instead.

“It is important to understand and know (your) legal rights and obligations”, Ms Syafiqah noted.

While handling other community disputes, she and manager Ms Haryani realised that many people are unsure of their options and rights.

Hope for an amicable solution for all

Many of us in Singapore live in such enclosed spaces in close proximity to neighbours. A little inconvenience is hence inevitable.

But to endure these circumstances for over 5 years is a long time for anyone, and we sincerely hope that there’ll be an amicable solution reached through legal means.