Last December, Singaporeans started queueing at McDonald’s outlets islandwide from as early as 3.45am for a chance to purchase the highly-anticipated My Melody Holders.

The same spectacle unfolded in the early hours of Thursday (14 Nov), as Singaporeans flock to McDonald’s stores from as early as 5.30am to queue for the Hello Kitty Carriers. 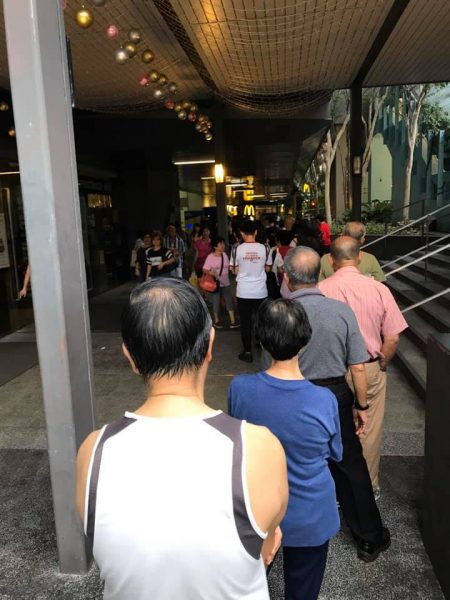 Singaporeans queue for McDonald’s Hello Kitty Carriers before 7am

The queue at Clementi Mall McDonald’s at around 5.30am
Source

It was likely that the queue started forming way before that, given that some customers were already seated on the floor, presumably fatigued from standing in line.

Customers were given ‘tickets’, which they would then use to redeem their carriers. 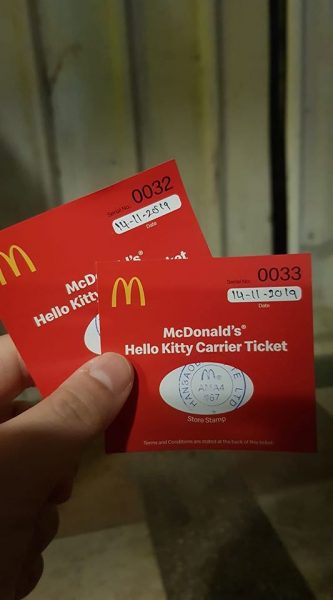 This is to ensure that each customer is only allowed to purchase 2 carriers per Extra Value Meal per transaction.

Despite the queue, customers claim that the purchasing process was smooth.

McDonald’s staff at one of the outlets even offered free cups of coffee and tea to those waiting in line. 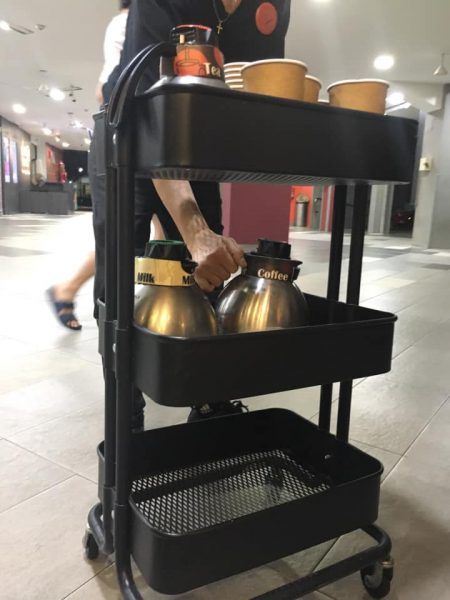 Swiftly resold on Carousell for more than twice its price

As expected, enterprising Singaporeans saw an opportunity to earn a quick buck and took it. Most of them listed on Carousell were going for more than twice its original price of $7.90.

What would you use the carrier for?

Despite the overwhelming response seen from the snaking queues, we are glad to know that McDonald’s Singapore had made necessary arrangements to ensure the entire experience was swift for Hello Kitty fans.

Were you one of those who managed to snag the Hello Kitty Carrier this morning?