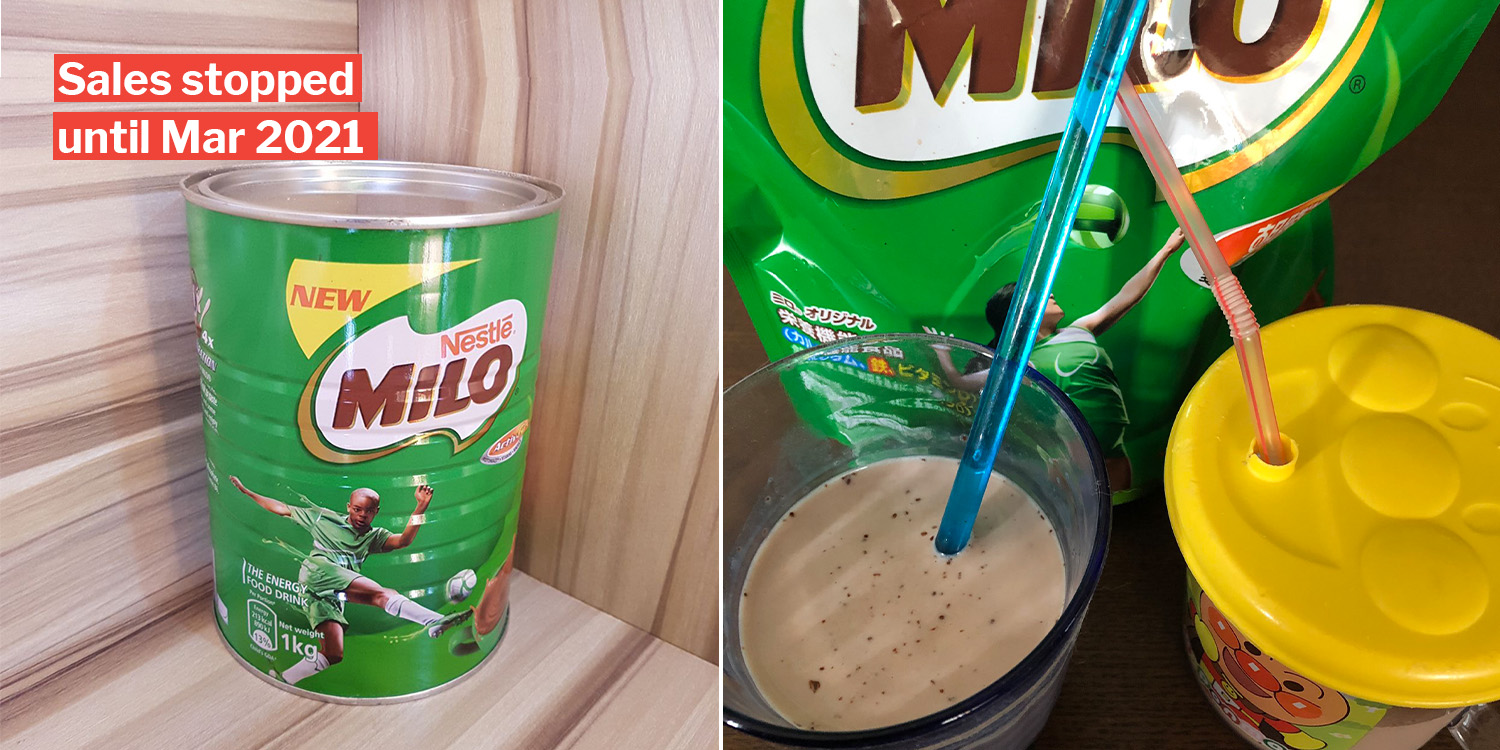 Some call Milo better than protein.

Milo is a childhood favourite of many Singaporeans as it is the drink of choice at camps, Sports Days, and even mamak stalls, where Milo Dinosaur has gained a cult following. 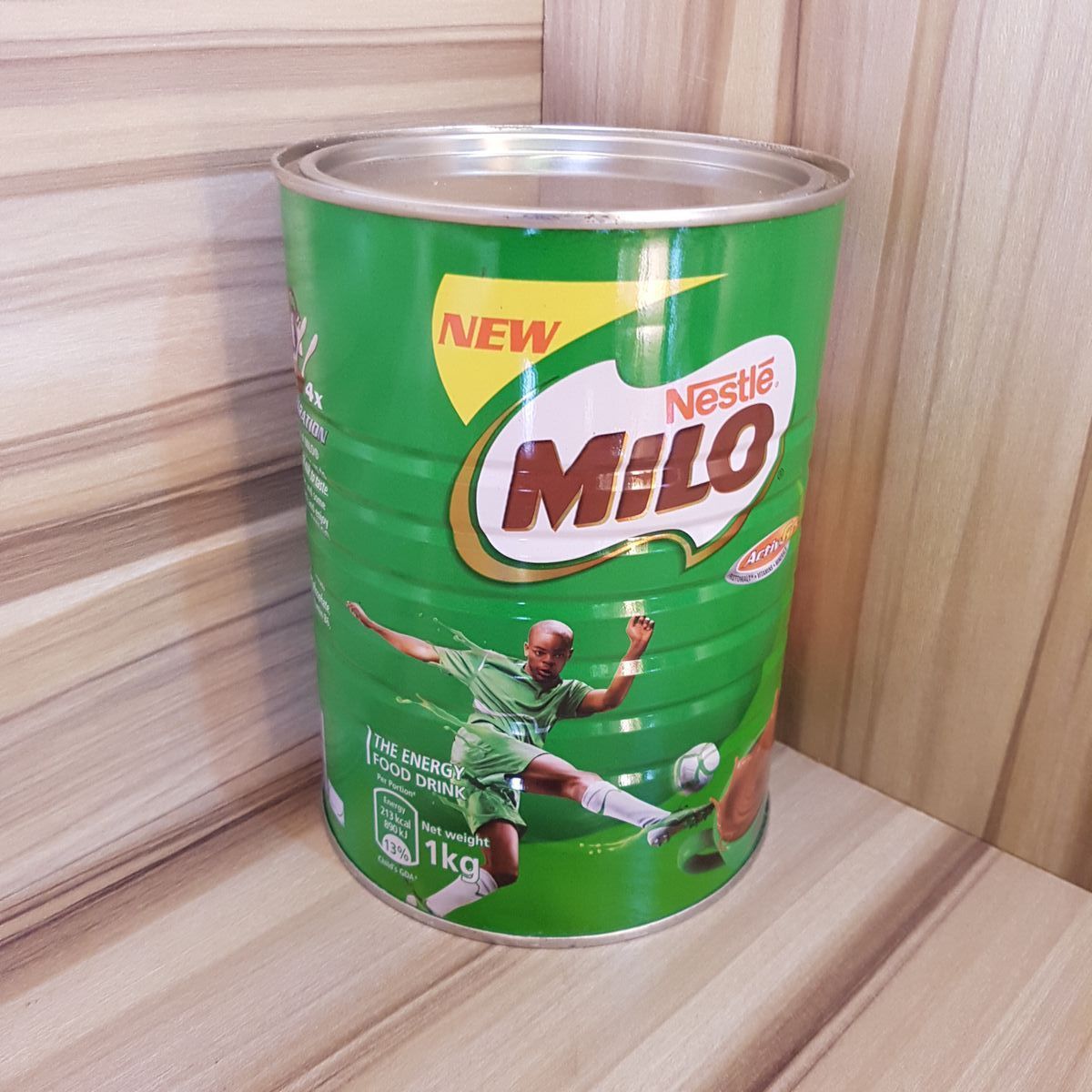 One place where you might not expect it to be popular is Japan. In fact, even the company, Nestle Japan, had no idea.

But after a series of viral tweets talking up the nutritional benefits of the malt drink in Jul, demand went up by about 7 times.

This led to Milo Japan suspending sales as they can’t keep up with the demand.

You see, they import the ingredients from our little red dot, and they need time to prepare more sustainable supply, Nestle Japan announced on Tuesday (8 Dec).

The company said that they face difficulties in maintaining a stable supply as demand surged 7 times from the previous year.

This demand came after viral tweets espoused its nutritional value.

They’ll take a break while they prepare a more sustainable supply to meet demand. Currently, they import ingredients from Singapore.

That’s right, we actually kind of provide Milo to Japan.

And no, they don’t sell Milo in 1kg tin cans, which are ubiquitous in many homes in South East Asia.

Milo isn’t really something many adults drink, it being mainly marketed to children.

But Japanese Twitter users marvelled at its nutritional benefits during the summer, which led to Milo gaining a reputation as a health drink enjoyed by parents and children.

Here’s an example of these tweets: 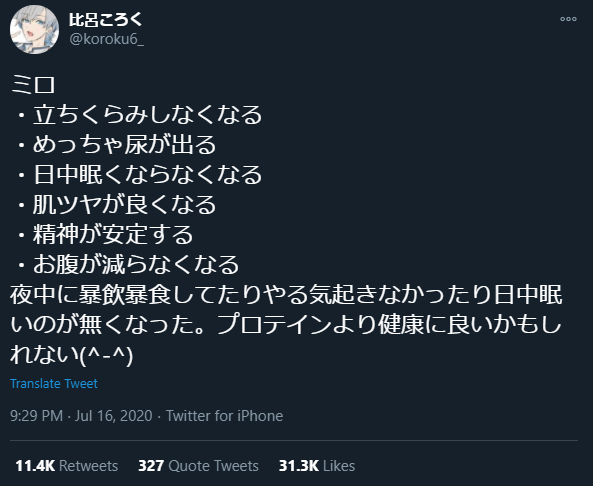 Sales of the 240g packs were suspended at the end of Sep and resumed on 16 Nov, but demand is simply too high to meet at the moment.

Milo as a perk-me-up for dreary work days

Some on Twitter were lucky enough to secure Milo stocks, and now it’s a rare commodity until Mar 2021.

For those who can’t live without Milo, they may have to import it from overseas.

Perhaps if you’re feeling particularly lethargic at work and you’re immune to caffeine, maybe a nice Milo Peng can get you back on your feet.

At least we’re safe in the knowledge that supermarkets have healthy Milo stocks even during a pandemic and we’re also safe from panic-buying through sustainable food supply chains.