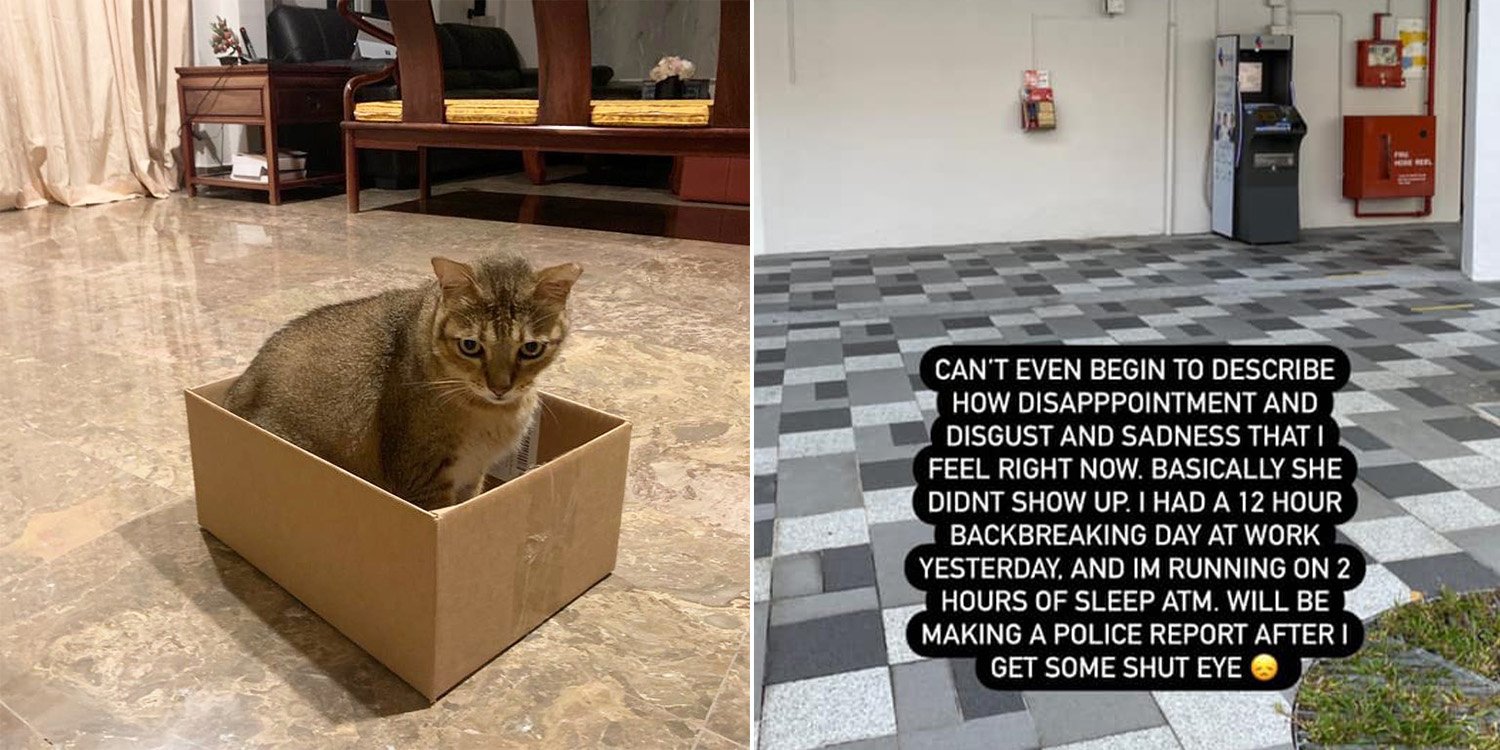 The owners have made a police report.

Last month, the owners of a cat who went missing around East Coast put up a missing notice online. More than a month later, Homer has not been found yet.

Cat Missing In East Coast Since 3 Dec, Owner Offers $3,000 To Anyone Who Can Find Him

While the owners have received information, they soon found that not everyone who contacts them does so with the intention of helping to find their pet.

One of the owners has warned other animal owners about the potential for scammers, after her brother was tricked by one into sending money to them.

After sending money over, the recipient failed to turn up at the arranged meeting point, and needless to say there was no cat.

The owners have made a police report.

Ms Wong, one of Homer’s owners, shared several screenshots of a conversation on WhatsApp between her brother and someone claiming to be ‘Melissa’ on 21 Jan.

It is not known if that is their real name.

In the conversation, ‘Melissa’ claimed that they knew where Homer went. Mr Wong was told that a friend of ‘Melissa’ had picked the cat up and that he stays at Bedok.

Having searched for Homer for over a month to no avail, Mr Wong begged ‘Melissa’ for more information.

However, the person told Mr Wong that he’d have to transfer them $1000 first — a third of the $3,000 reward that the Wongs are offering for Homer’s return. Understandably, Mr Wong asked for proof that they had Homer — which the person did not give.

Then Mr Wong asked if they could meet the following morning at Bedok North, to which ‘Melissa’ said their husband would meet him. 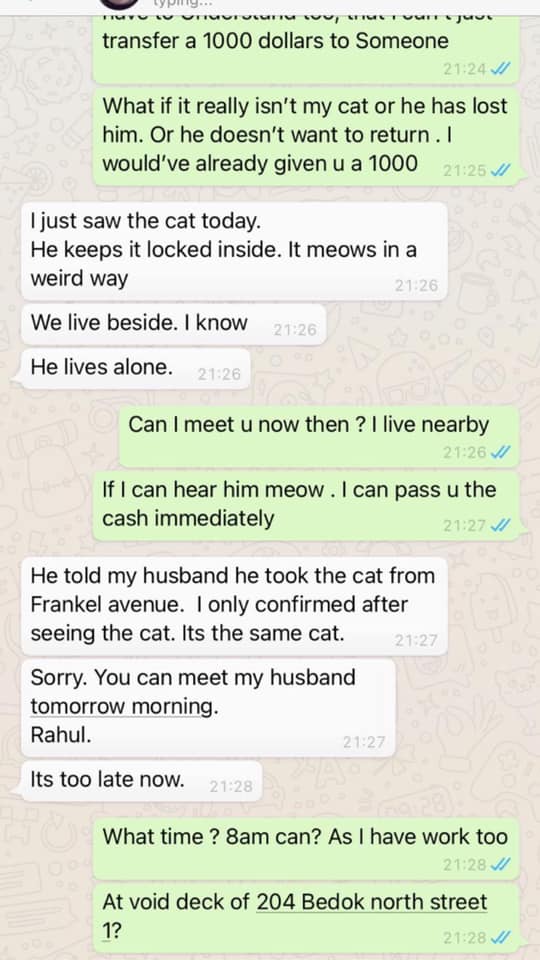 However, ‘Melissa’ continued to demand for a bank transfer. When Mr Wong refused and again asked for proof of the person’s identity, they said ‘Goodnight’ and indicated that the deal was off. 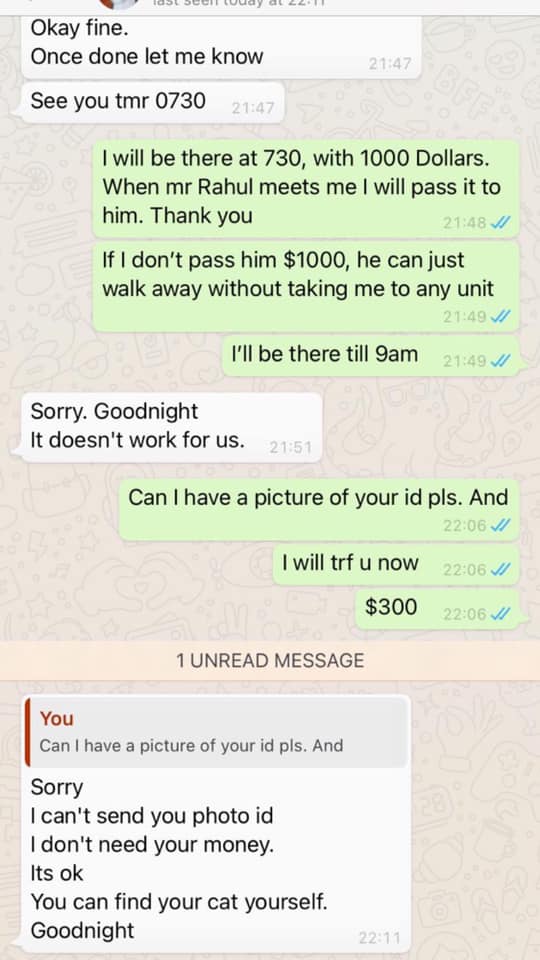 Mr Wong eventually complied to the demands of ‘Melissa’ and sent them $300. 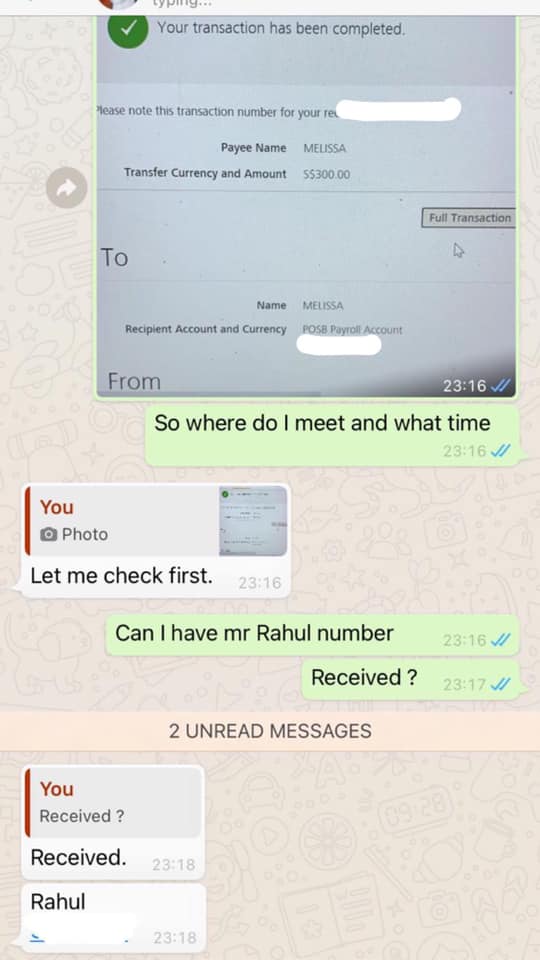 However, after receiving the money, neither ‘Melissa’ nor ‘Rahul’ showed up the next morning. 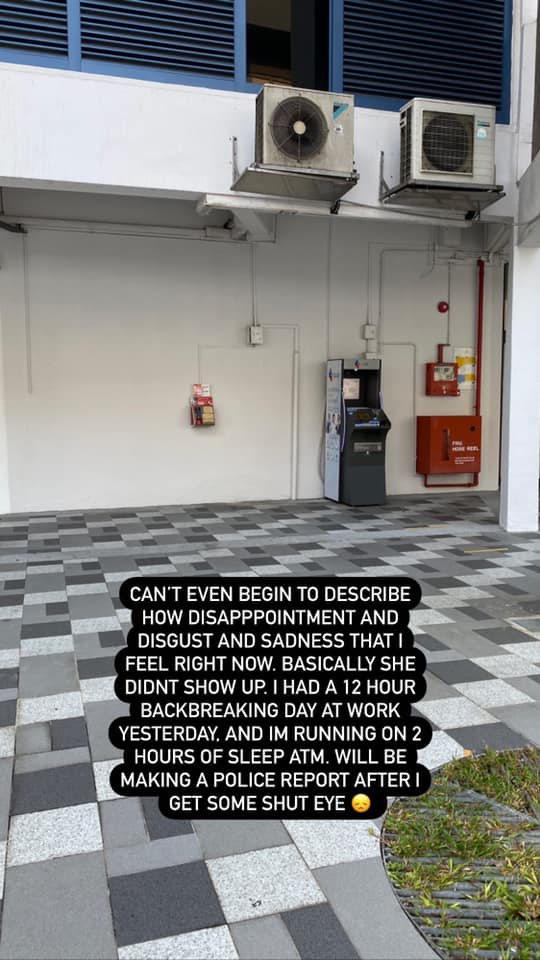 They likely never had the cat at all.

On Friday (23 Jan), the owners made a police report after they informed the bank about the matter. 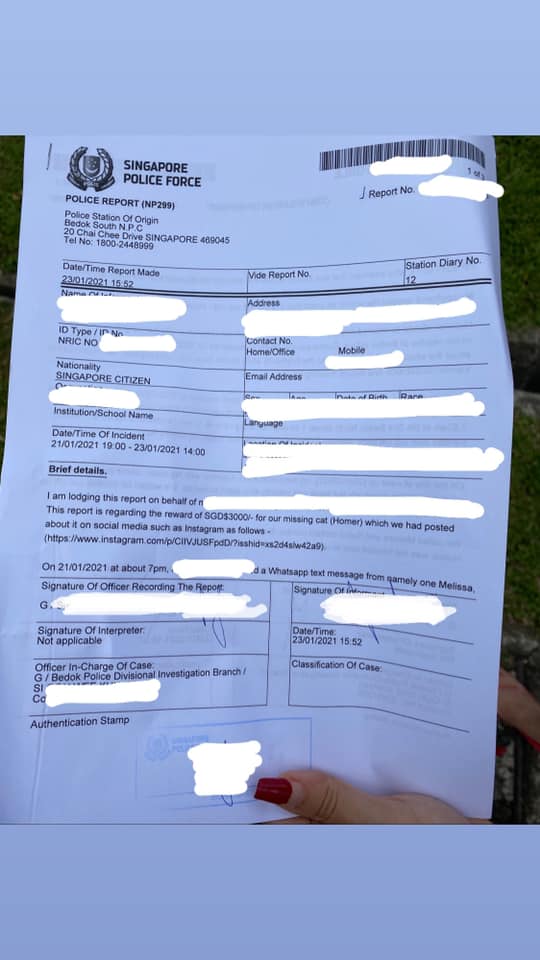 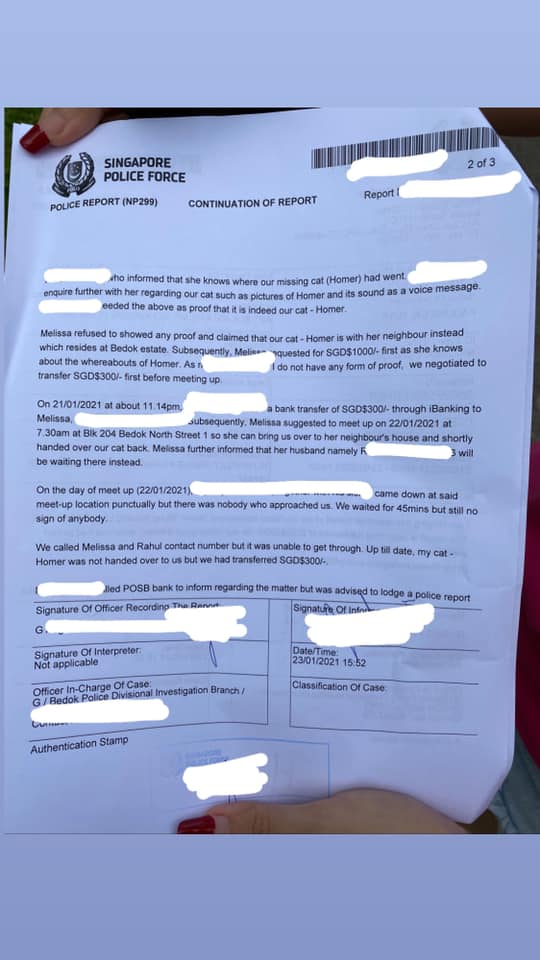 In what appears to be an Instagram story, Mr Wong shared his disappointment and explained why he made the transfer.

He couldn’t give up the lingering hope that ‘Melissa’ did have Homer, and so caved in to their demand. 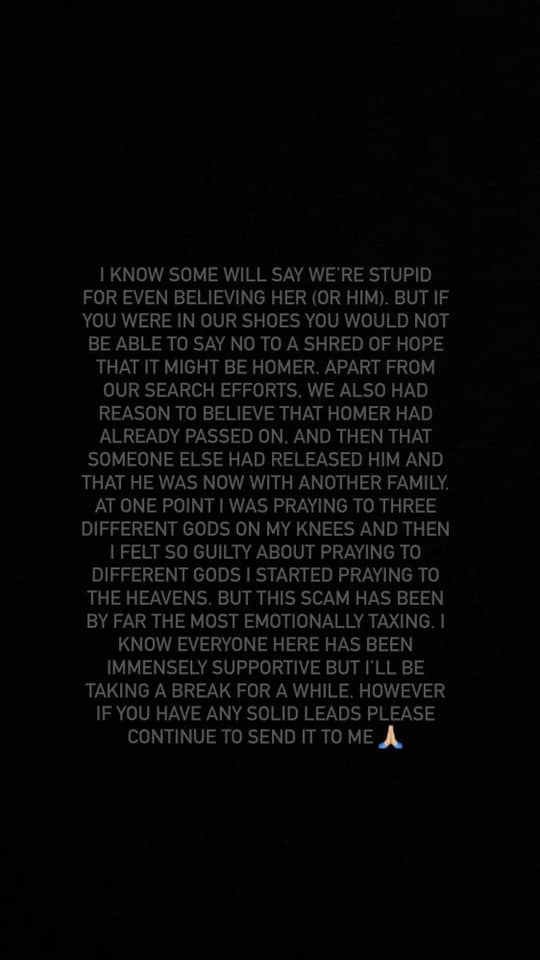 He also described the scam as ‘by far the most emotionally taxing’ during his search for Homer.

Warns other cat owners to not fall prey to scammer demands

Unfortunately, the scammer appears to have preyed on the cat owners’ worry.

Now that it’s a police matter, we hope that they’ll be able to find the scammer and bring them to justice.

Separately, we also hope that Homer can eventually be found. They have an Instagram account set up to find Homer.

We do feel for the owners as they must have been worried sick. Putting ourselves in their shoes, we can understand why they may have given in.

But this is also a warning to other animal owners that there are those who will target them for a scam or other questionable motives. Please ensure that you do not transfer any money without proof that they do have the pet.