Monitor Lizard Tries To Swallow Python Whole Before Regurgitating It

Life can get harsh in the animal kingdom, but at the end of the day, it’s part of the circle of life.

On Wednesday (24 Feb), a monitor lizard was spotted along Ulu Pandan canal chomping down on a massive python. 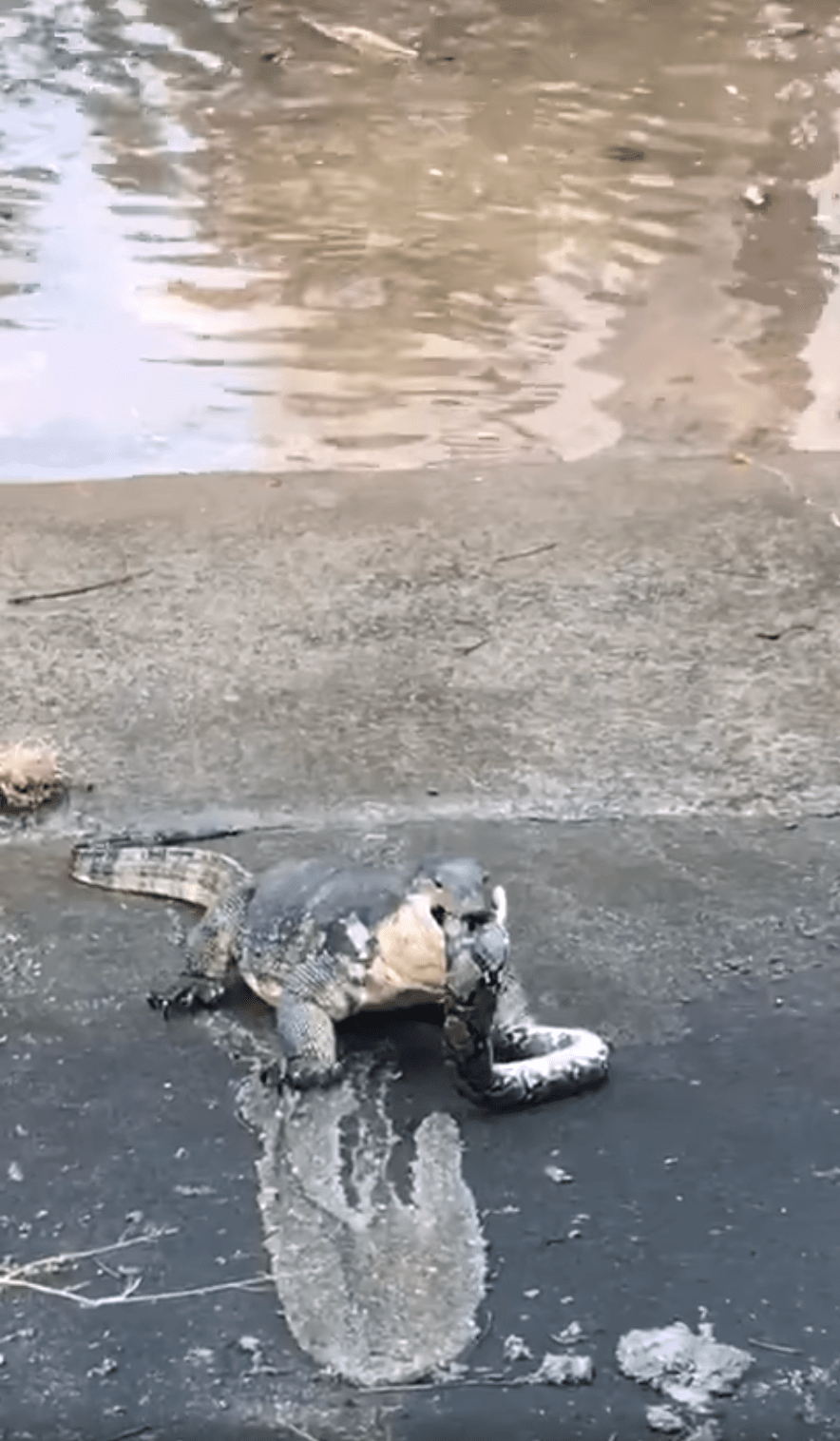 The spectacular scene unfolded like a Nat Geo moment in real life, drawing crowds to watch.

Monitor lizard chomps down on python

The monitor lizard was already halfway through his meal by the time onlookers found out what was unfolding before their eyes, with the python hanging out of its mouth. The monitor lizard took its time with the meal, sometimes even pausing to take breaks as it attempts to swallow the python whole. 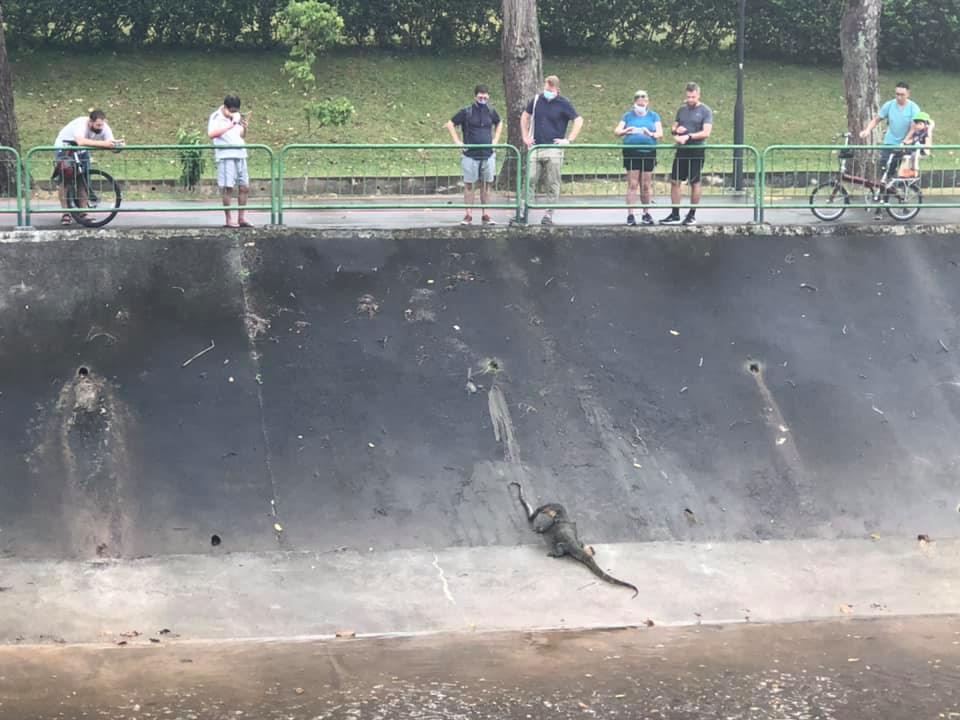 But the monitor lizard seems unfazed by the spotlight — its focus being solely on the meal before him. 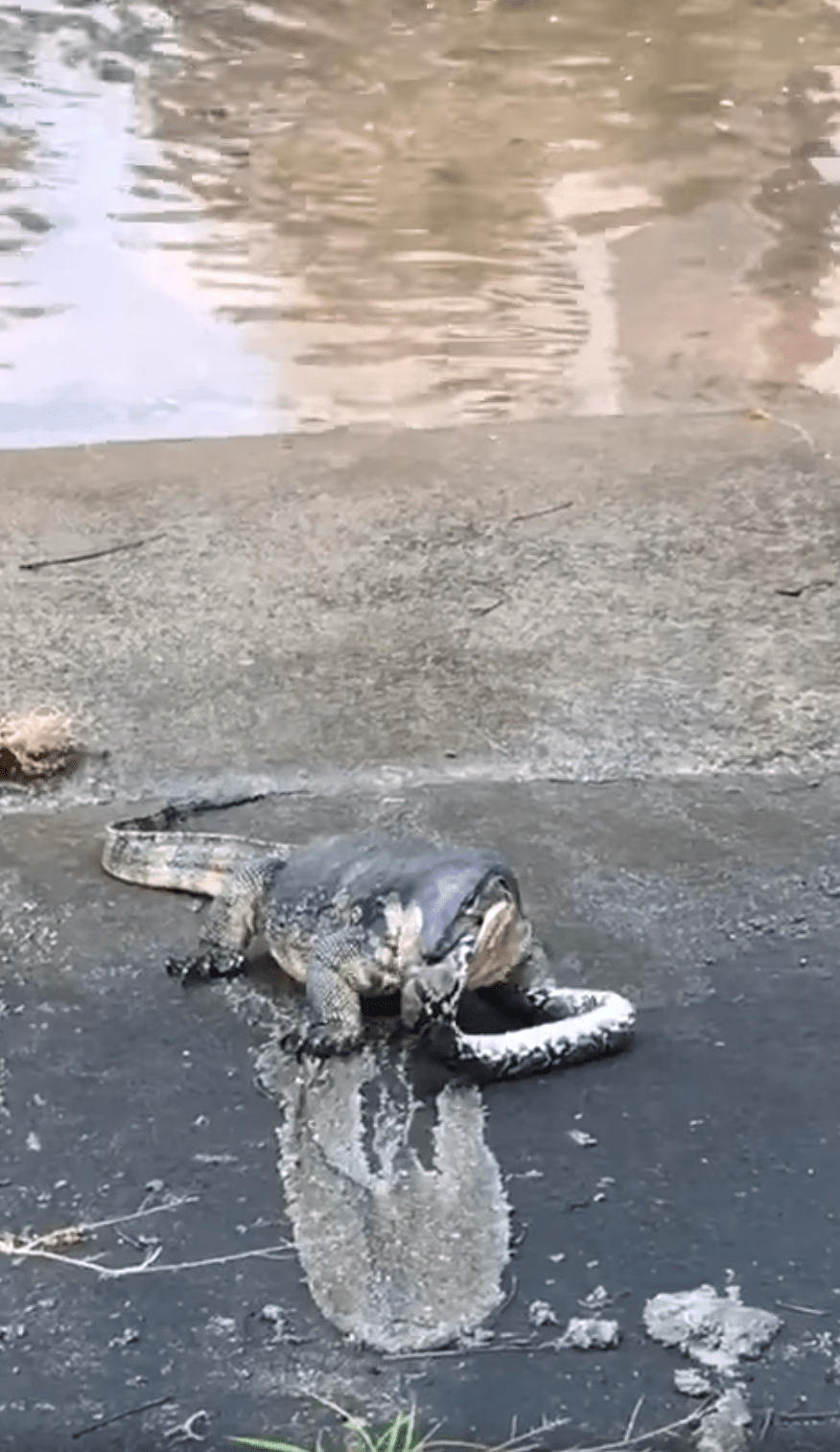 We’ve seen snakes gobble down their meals whole but this might be the first time you’ve seen a monitor lizard doing it.

Or at least, tried.

The python proves to be just a little too large for the monitor lizard.

Moments later, the monitor lizard was seen regurgitating the entire python, shaking from side to side to get it out.

Its mouth was left agape – as if in shock – before waddling back into the canal. 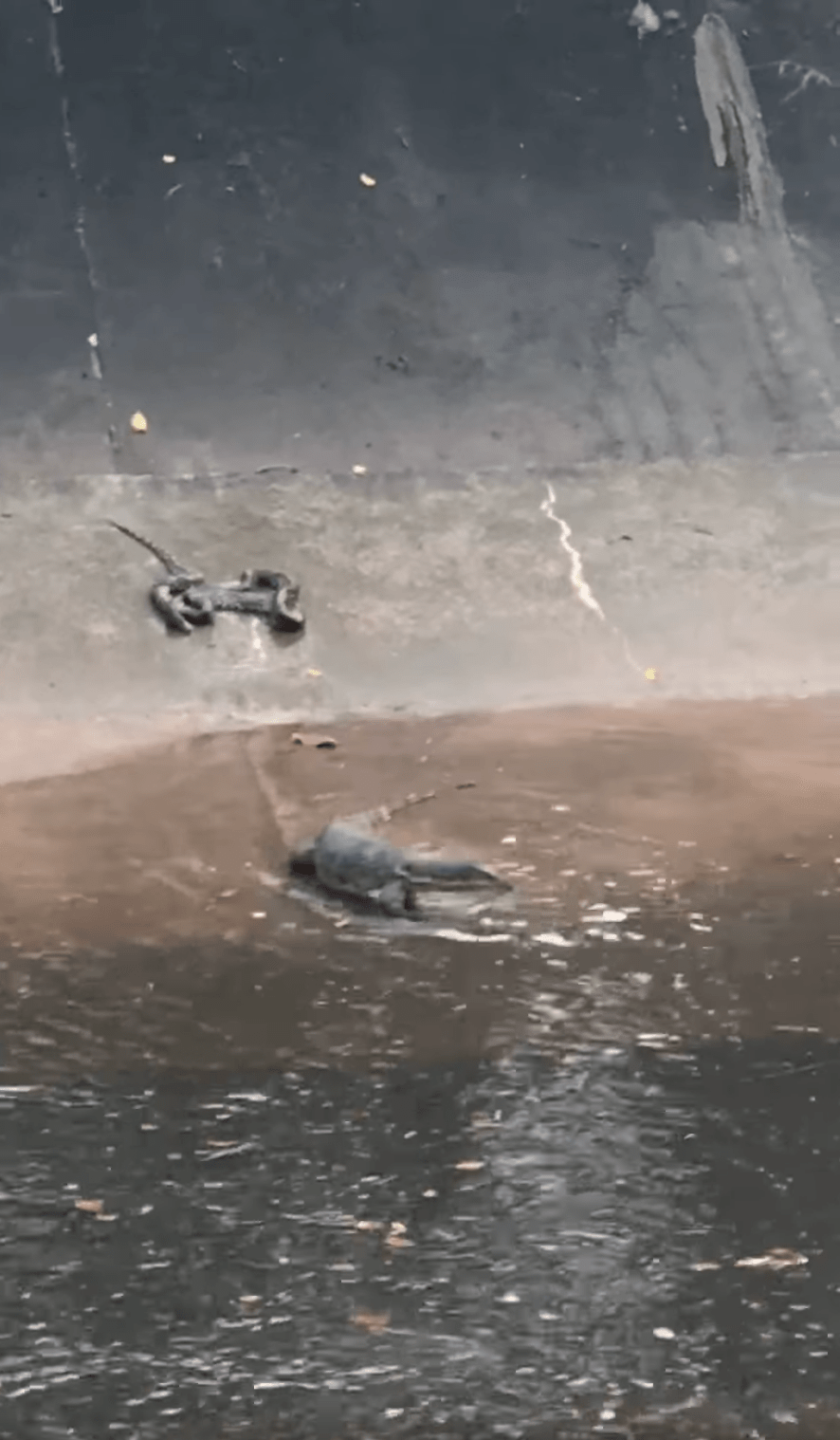 A large python carcass filled with what appears to be bite marks was left in its wake. 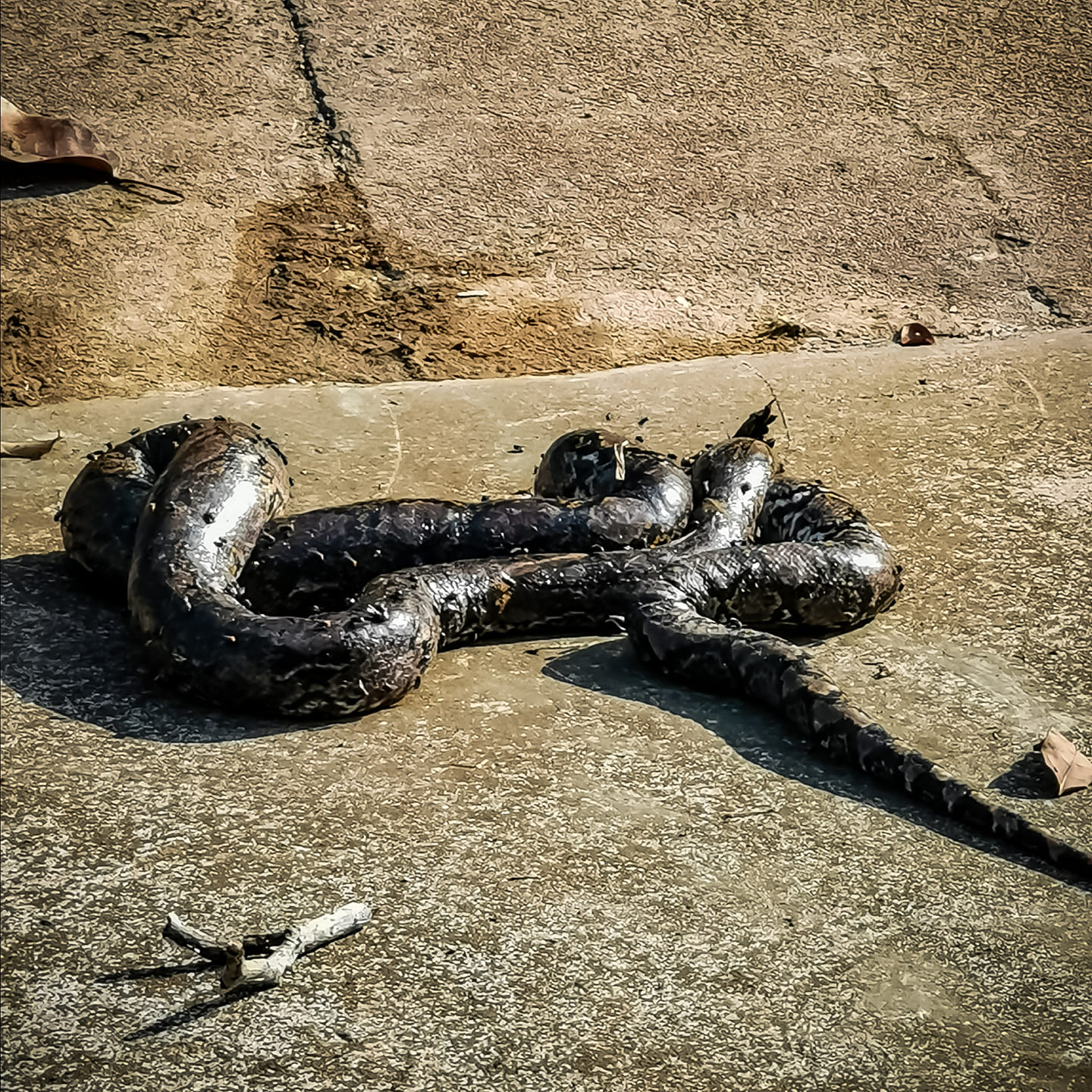 The monitor lizard certainly bit off more than it could chew this time.

In another post on the Nature Society (Singapore) Facebook page, another netizen shared alleged pictures of the dead python prior to being chomped on by the monitor lizard. 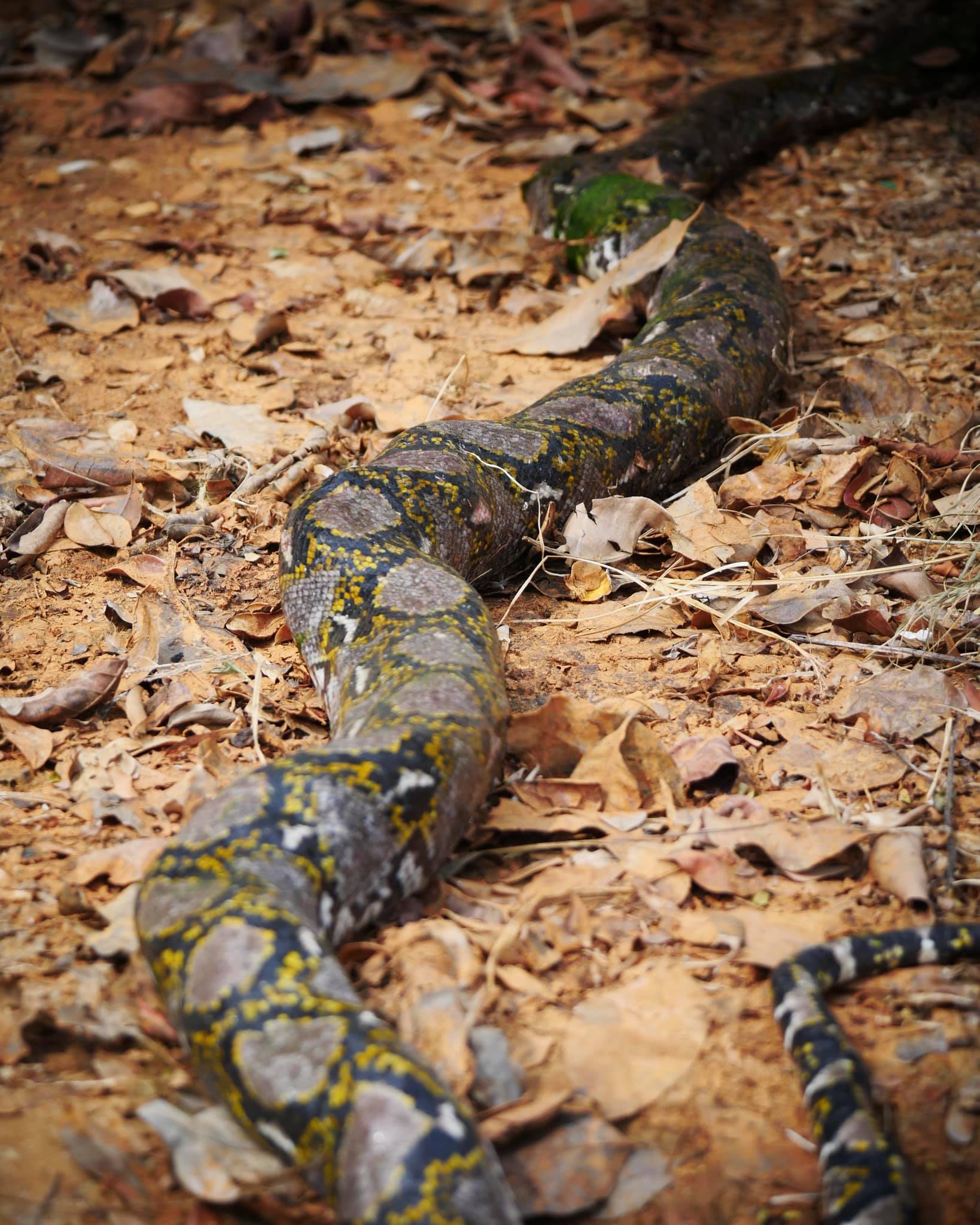 Incredible to watch nature at work

If there’s one thing we learn from this, it’s that monitor lizards do not actually chew their food. Typically, they swallow smaller animals whole and use their claws to tear larger animals apart.

Nonetheless, although it didn’t get the feast it was hoping for, the monitor lizard certainly gave its audience a feast for their eyes.

What an incredible experience it must have been for them to catch nature at work right in front of their eyes.

Have you seen similar scenes in person before? Share your experiences in the comments below!