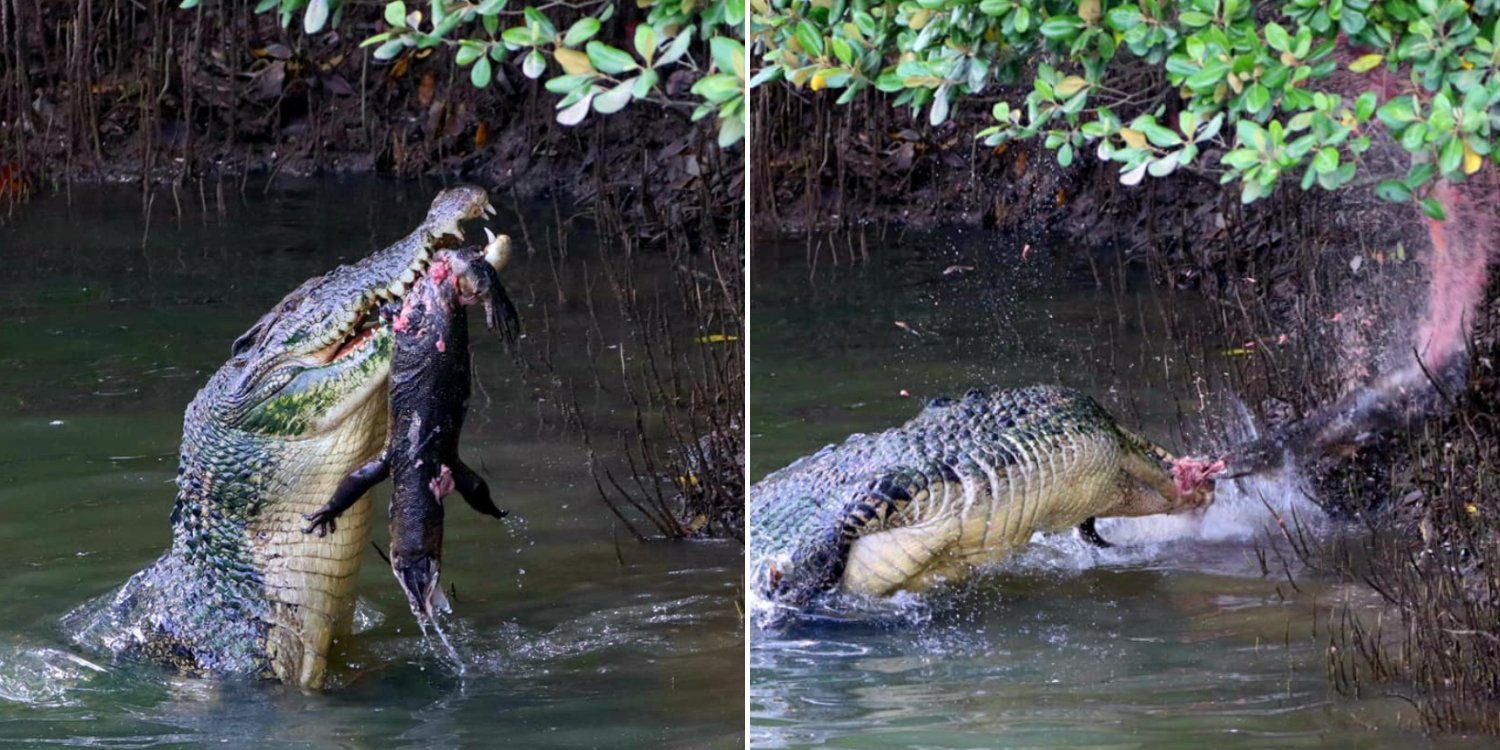 Crocodile Chomps Down On Monitor Lizard In Sungei Buloh

The circle of life is a harsh reality that animals go through in the natural world.

Unfortunately for a monitor lizard, it was gobbled up by its larger cousin, an Estuarine Crocodile. The epic but gruesome moment was captured by a photographer in Nat Geo-worthy frames. It’s also a reminder for us humans to stay clear from these powerful creatures.

In a post on Facebook group Nature Society (Singapore), a photographer shared images of a huge crocodile devouring a monitor lizard at Sungei Buloh Wetland Reserve. 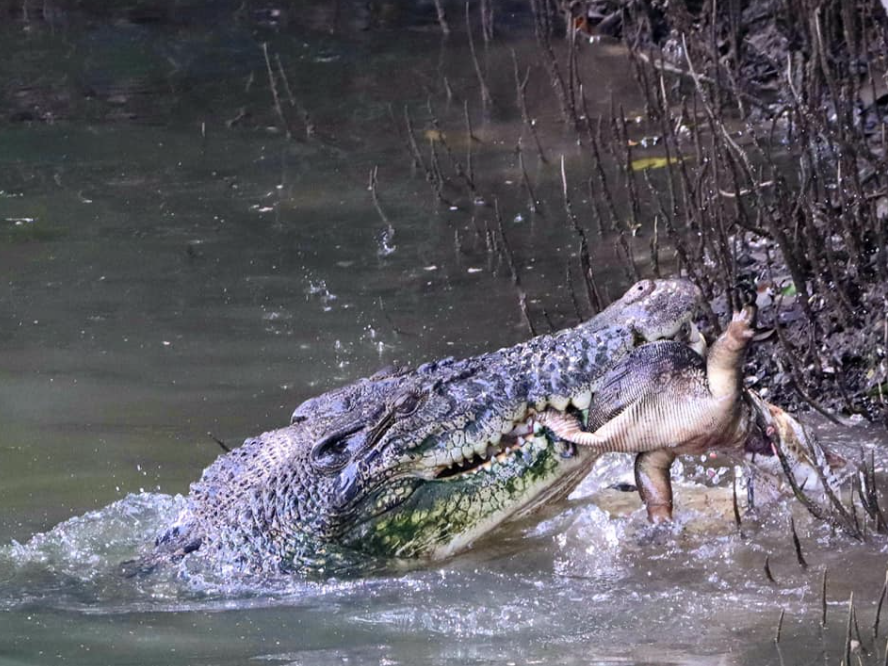 The crocodile seemed to have caught the monitor lizard by the tail before taking it out of the water. 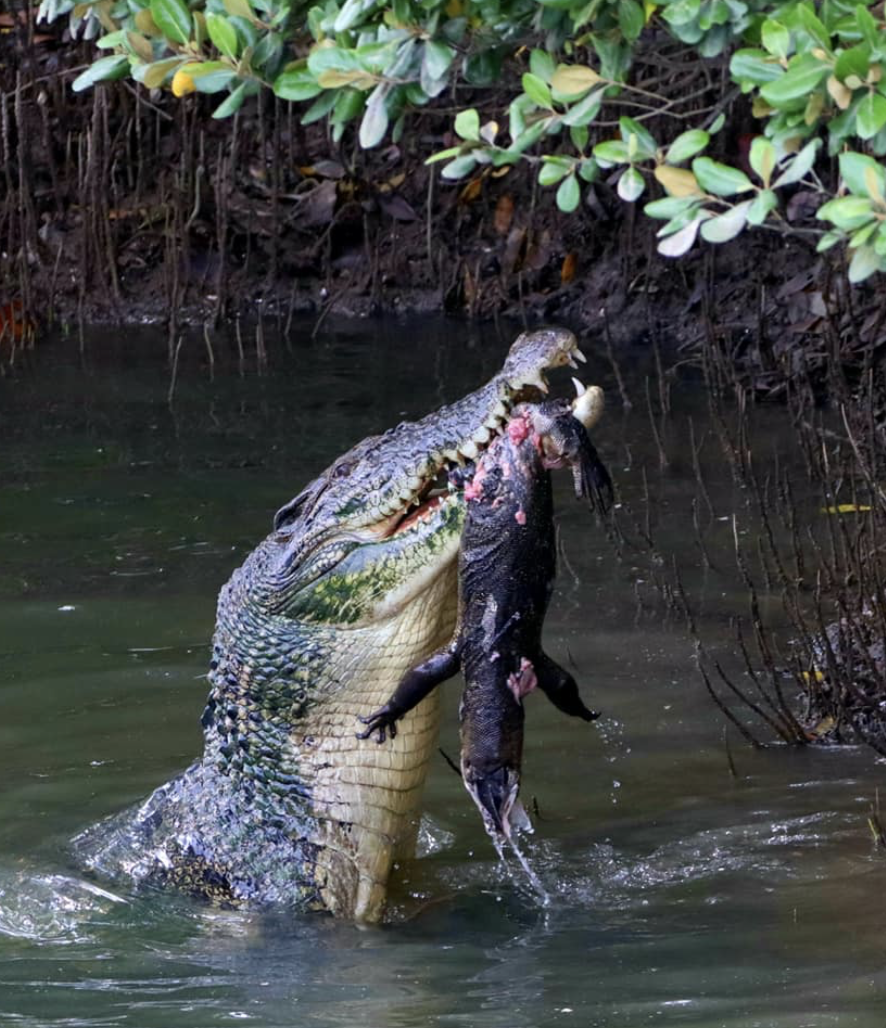 The ferocious reptile could be seen whipping around the unfortunate monitor lizard. 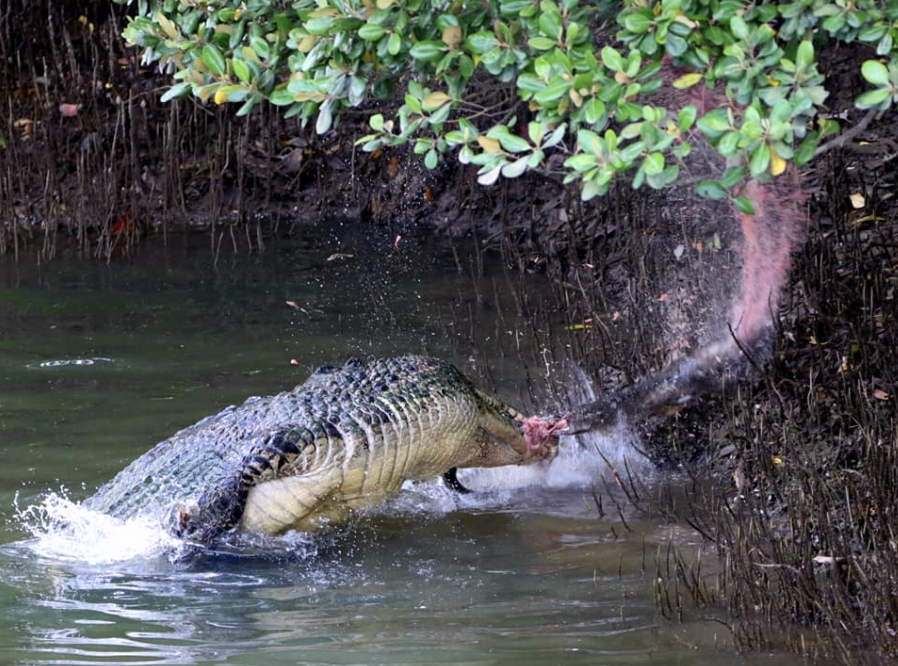 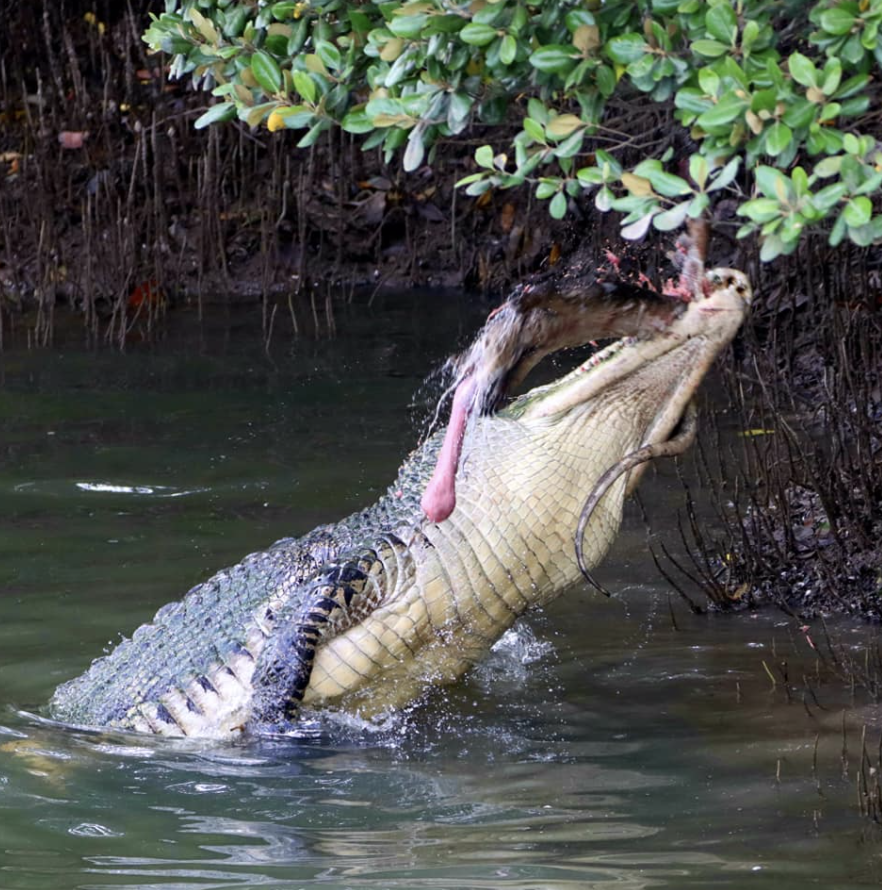 Stay clear of crocodiles on footpaths

This isn’t the first time that crocodiles were spotted in Sungei Buloh. In fact, hikers have come across the reptile on footpaths.

NParks says they may appear at public places for a suntan as they rely on the sun to warm up.

They advise park visitors to stay calm and back away should they come across an Estuarine Crocodile. They said the last things we should do is approach, provoke or feed the animal. 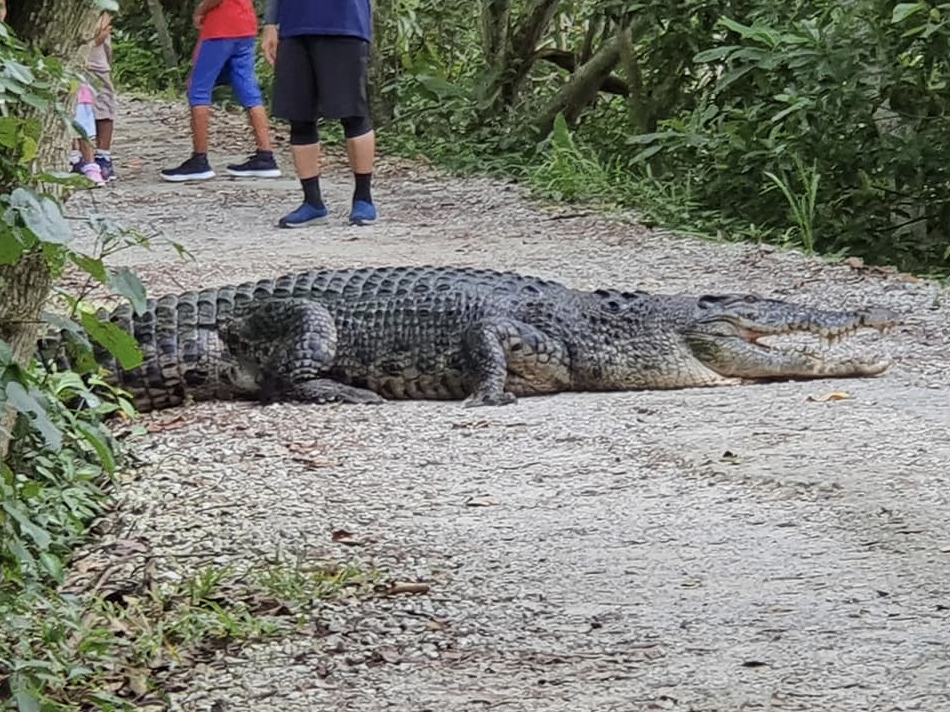 While they look big and clumsy, they can move quickly over short distances when an unfortunate animal, such as the poor monitor lizard, comes close enough to be prey.

A reminder to keep a distance

While it may be distressing to see an animal at the receiving end of a croc’s bite, we have to accept that it is the circle of life. After all, both herbivores and carnivores need a food source.

As for us humans, it’s important to maintain a safe distance away from such dangerous creatures.