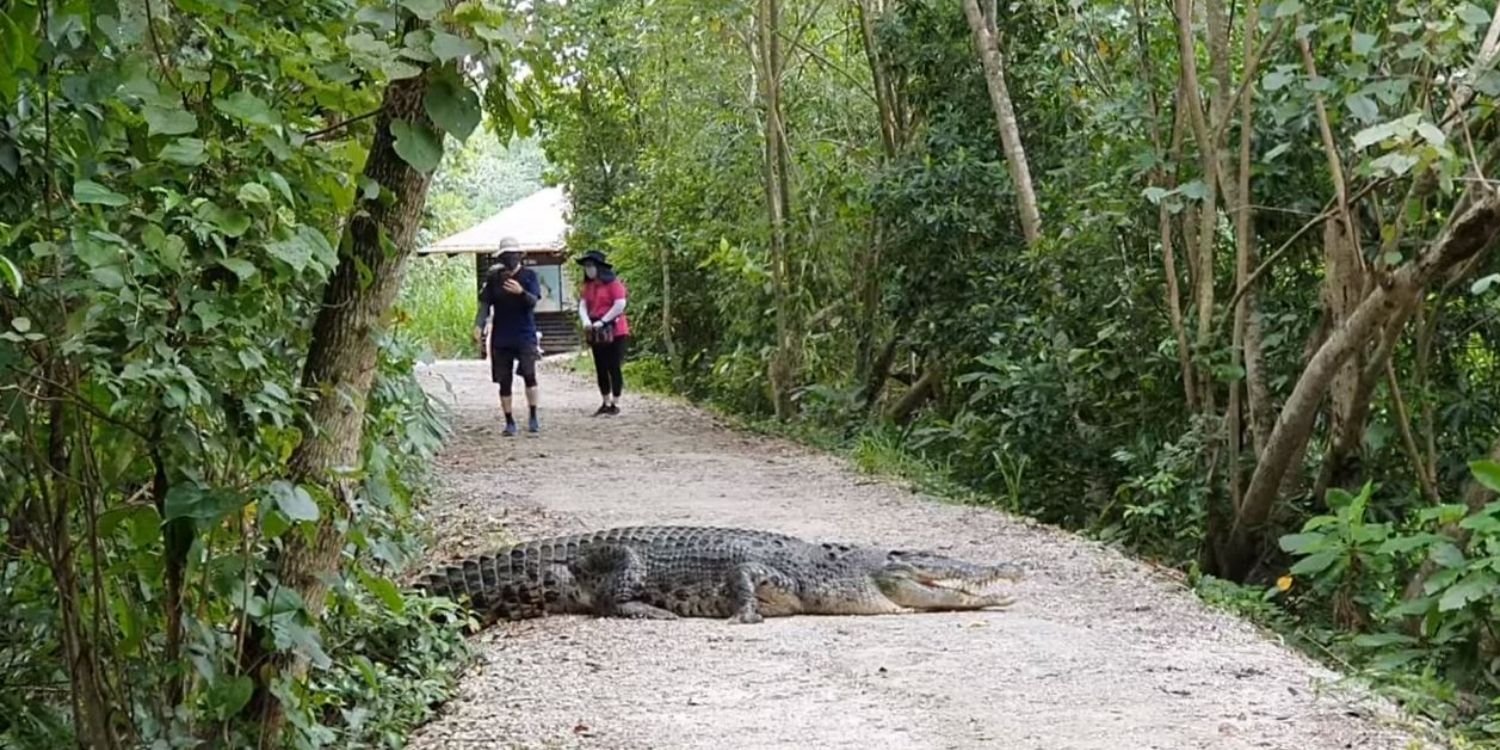 The reptile made warning sounds when a man got too close.

Croc Crawls Out Of Water Directly Onto Path, Netizen Says Next Time He Might Attack

As most Singaporeans can’t travel overseas during the Dec holidays, more have taken to trekking in our nature parks.

However, we bet few have seen the magnificent yet scary sight of a crocodile up close.

One lucky (?) netizen did, sharing on Facebook some photos of the creature that was audaciously blocking a wide path in the Sungei Buloh nature reserve. 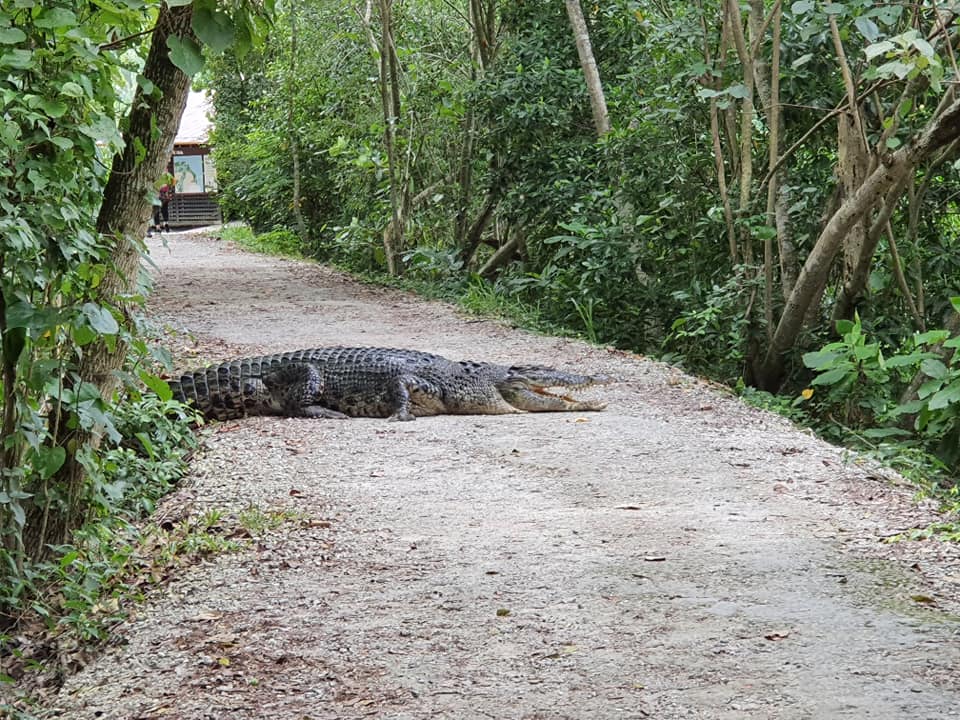 Responding to the surprising sight, many netizens advised people to stay away as the crocodile may attack.

Croc crawls out of water directly onto path

According to the netizen, who posted about the encounter on Monday (7 Dec) night in the Nature Society (Singapore) Facebook group, the crocodile crawled out of the water and waded directly onto the path.

He expressed incredulity that he got to witness this rare sight. 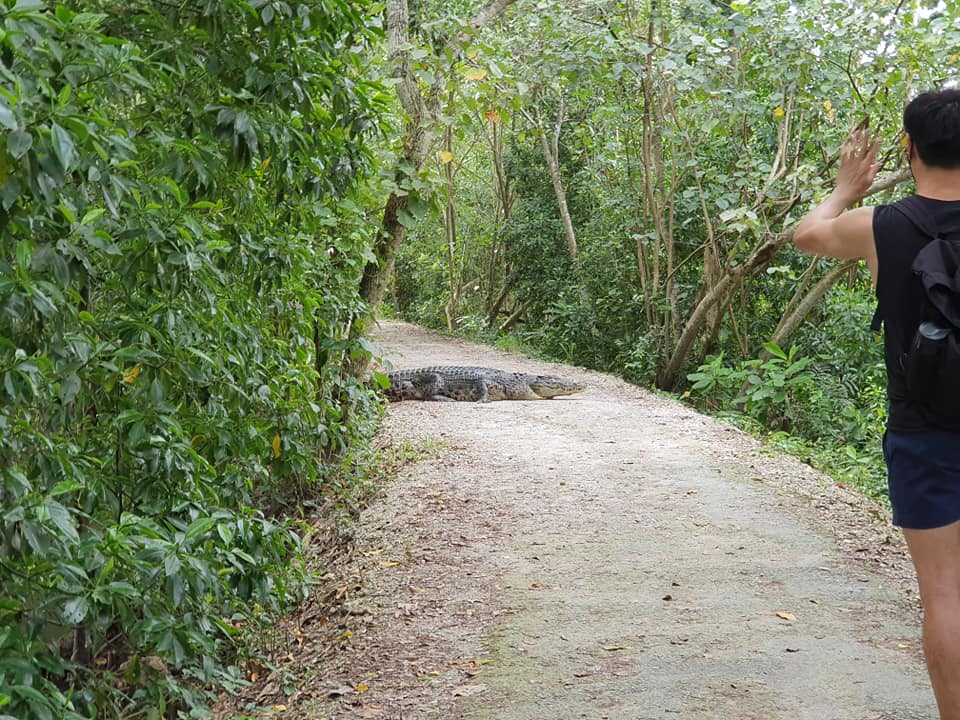 When asked whether this was in Sungei Buloh, he confirmed it.

Upon further questioning, he revealed that the path was near old bridge of the reserve, at about 3pm in the afternoon.

However, this was the first time he saw the crocodile after more than 20 visits to the area.

The sighting may have been awe-inspiring, but it was also tinged with danger.

As you may know, crocodiles aren’t exactly known to be docile, and have attacked humans.

That’s why when a man was seen approaching the croc to take photos, it might have made people’s hearts beat a little faster. 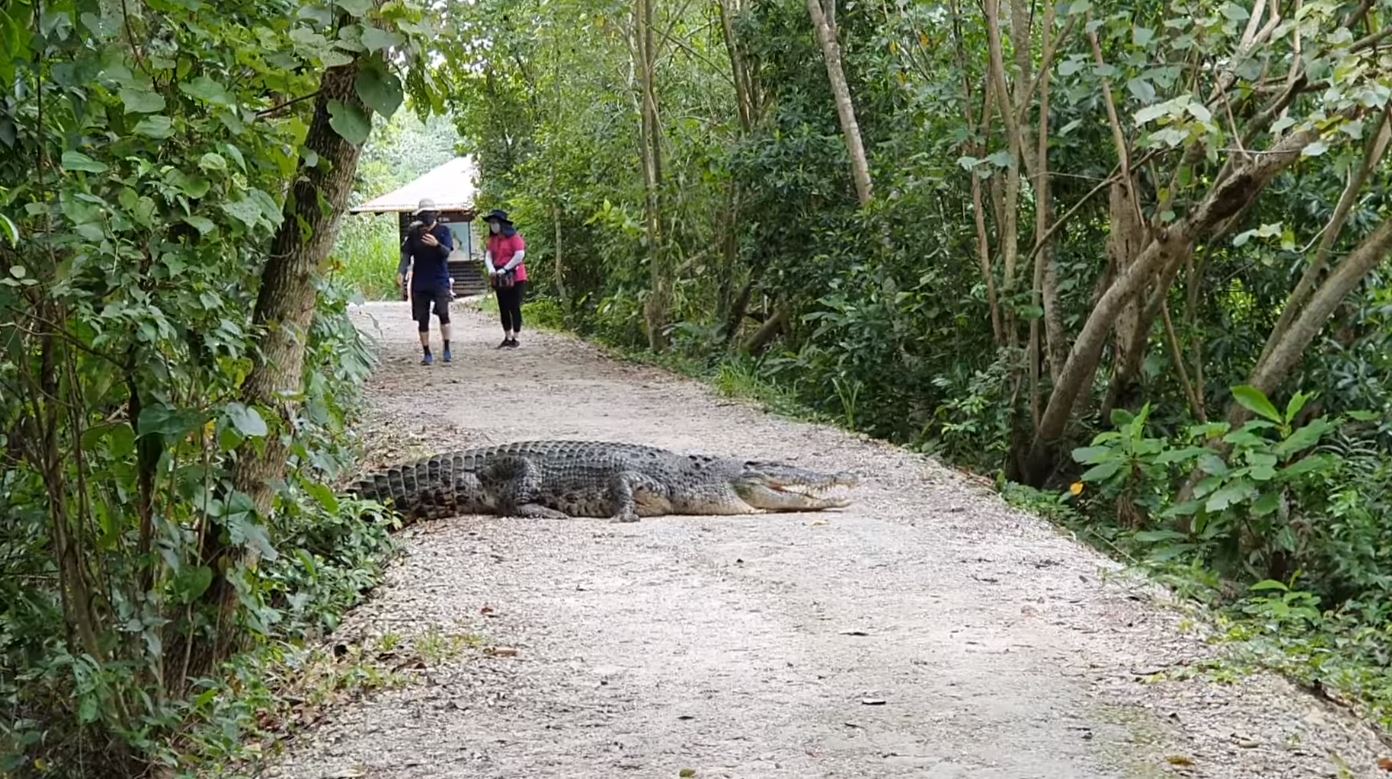 Acknowledging the danger, the OP said the man had gone too close, and the croc actually made warning sounds when he was walking towards it.

Looks like the man was lucky that he didn’t go any farther.

Another netizen warned others to keep clear and take photos from a safe distance.

He pointed out that crocs can actually move surprisingly fast, so if you’re too near it may be able to get to you quite easily.

Some were even of the opinion that it’s a matter of time before somebody gets attacked by the creature. 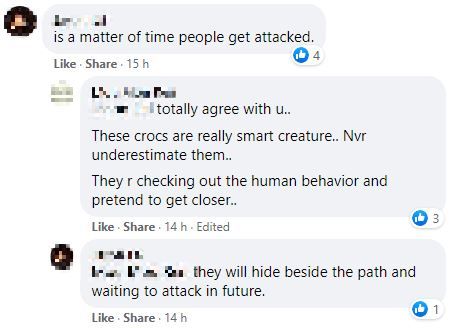 It’s possibly on a “recce” mission to see whether humans would dare to get near to it.

Perhaps it would even hide near the path to attack in future.

Do exercise caution around crocs

The sight of a croc in Sungei Buloh isn’t that unusual, as they’ve been seen there before.

However, while the reptiles are usually seen in waters or at mudflats located away from visitor routes, this may be the first time someone has seen it on a path that’s used by visitors.

So if you happen to see one in a similar situation, you may marvel at the sight, but do also exercise caution.

After all, not everyone can be as brave or as “scary” as this otter who managed to chase away a crocodile.