Must Share News – Independent News For Singaporeans
Home Current Affairs Environment Brave Otter Creeps Up On Crocodile Chilling By The Water, Takes Over... 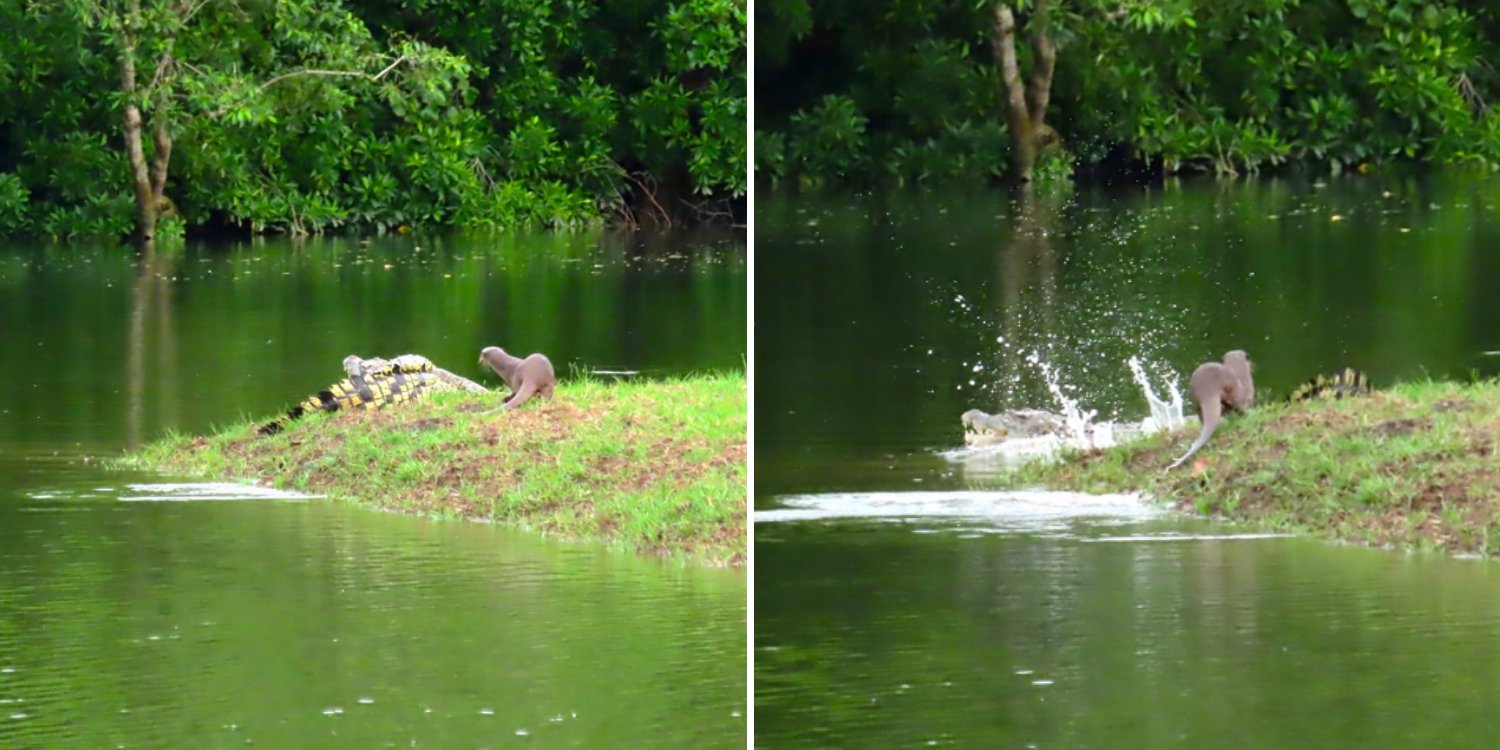 Brave Otter Creeps Up On Crocodile & Scares It, Takes Over Its Lepak Spot

When one thinks of an otter and crocodile dueling for territory, bets will most likely be placed on the reptile.

However, in an unexpected twist of events, a crocodile was chased away by an otter who strategically crept up behind it. 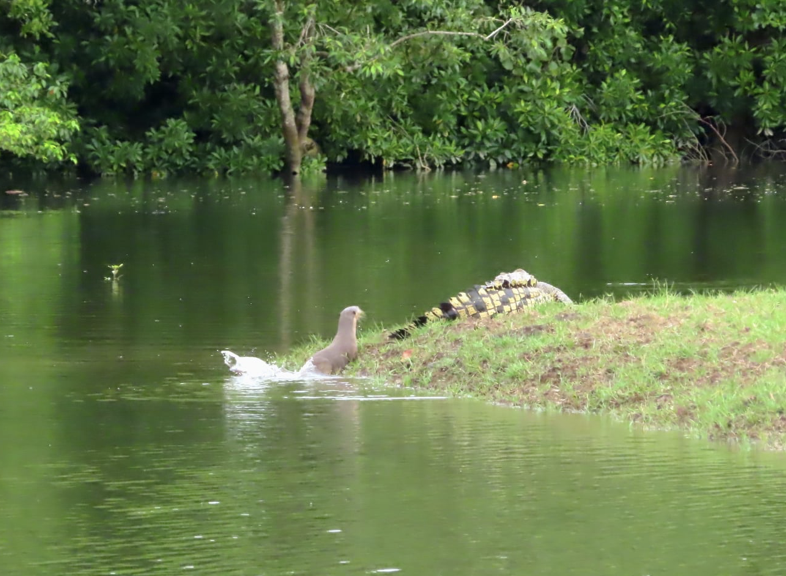 The croc was even scared enough to relinquish its lepak spot, according to a netizen who shared photos of the entire sequence of events on Facebook.

Though the encounter between natural predator and prey could’ve turned out differently, let’s take a moment to enjoy the almost comical interaction.

Croc sunbathes by the water

When one sees a crocodile, the natural reaction would be to turn tail or call the authorities.

However, this particular crocodile seemed to be fairly harmless, enjoying a suntan by the water. 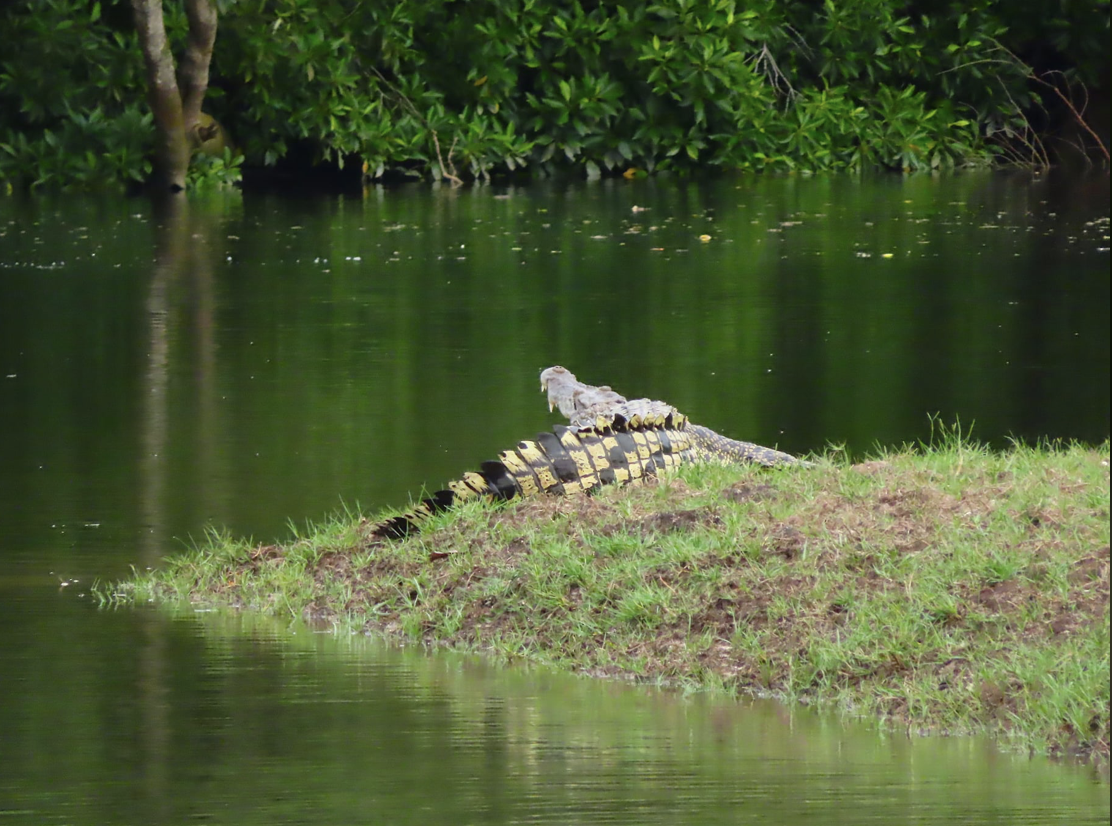 However, its peace is about to be disturbed, as a curious otter seemed to have decided that it wanted the crocodile’s sunbathing spot for itself.

It came out of the water and bravely approached, sneaking up behind the reptile, which stubbornly stayed motionless. 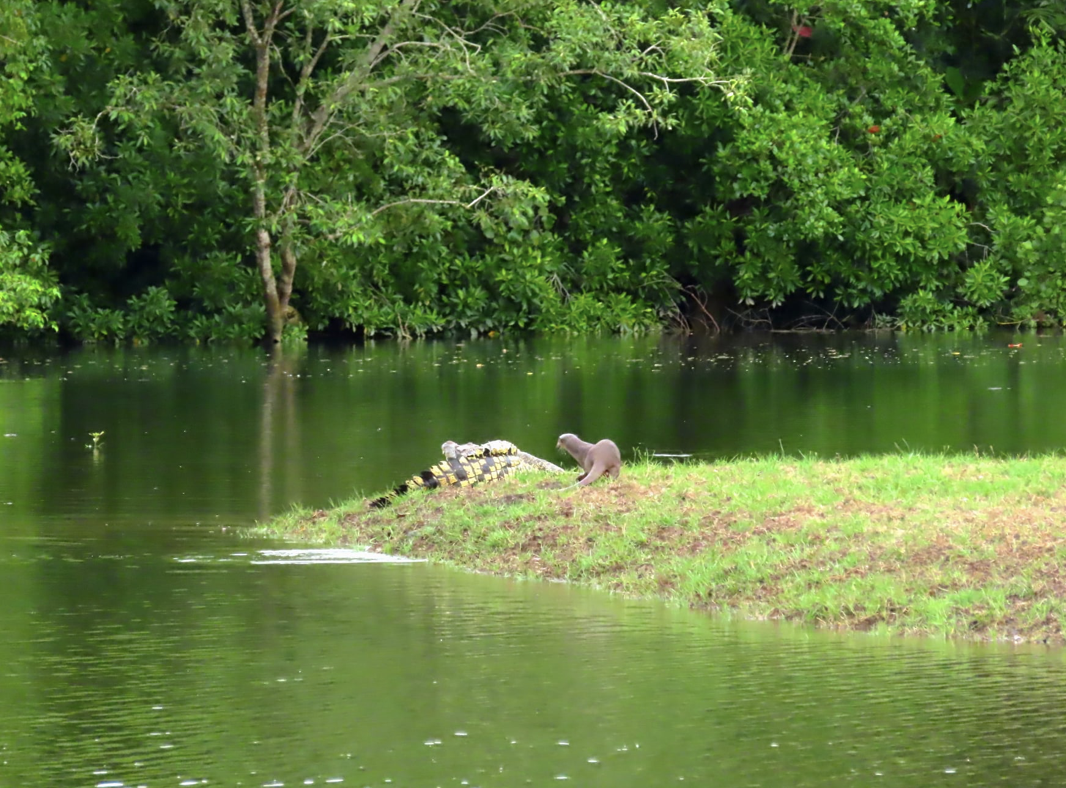 So the otter decided to try a different tactic, going back into the water and splashing its tail. Croc jumps into the water

In response, the seemingly spooked crocodile decided to cut its suntan short and jump into the water. 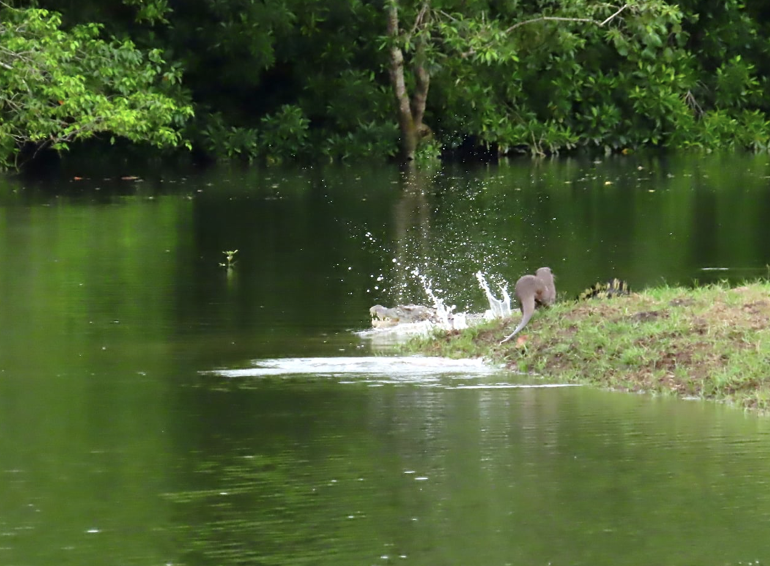 Surprisingly, the gutsy otter even tried to give chase.

Perhaps it just wanted to make friends, or wanted to ask the crocodile what’s up. After all, Singapore’s otters can be rather kaypoh. 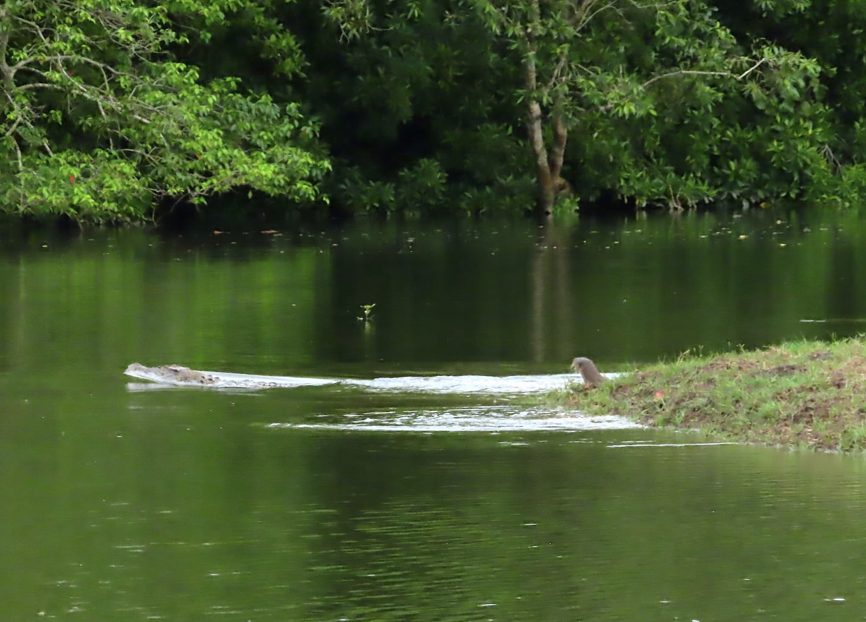 Croc managed to get away

Luckily for the crocodile, it managed to get away from the scary otter.

Unable to outswim his potential friend, the otter headed back to claim the reptile’s lepak spot for its own. 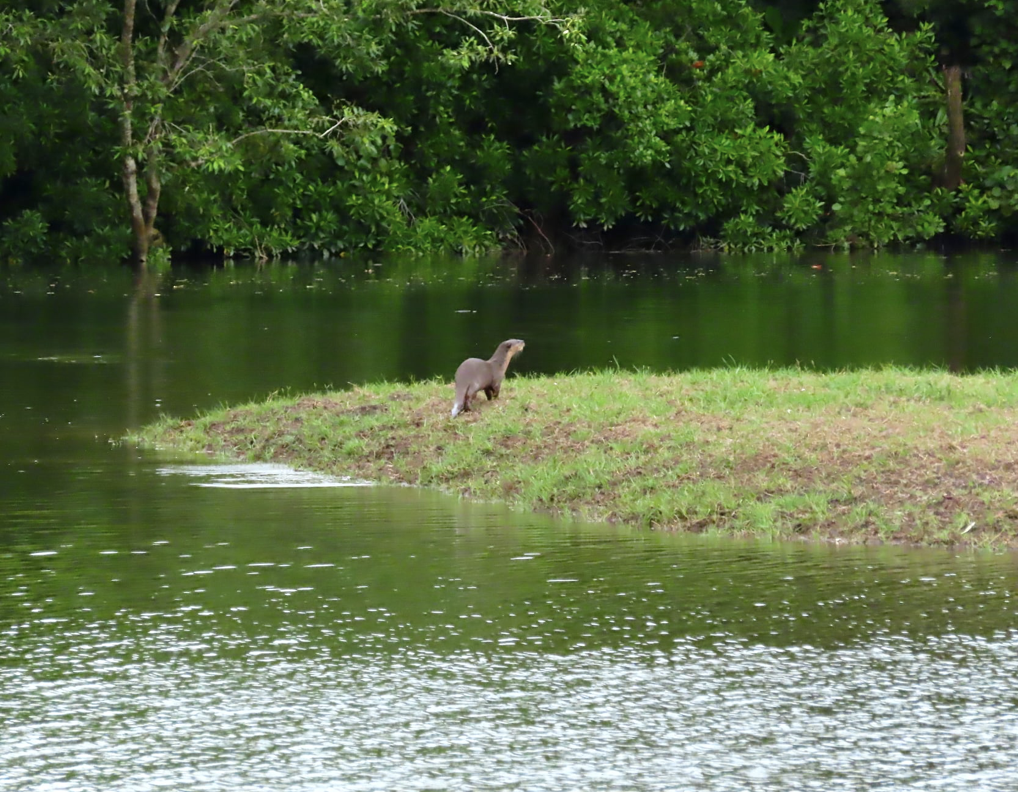 We can’t help but cheer for the win of the underdog — or in this case, underotter?

Though the crocodile was scared off this time, we’re not sure if it was just a particularly skittish crocodile, or the otter was particularly ferocious — or overly friendly.

We hope the otter doesn’t invite its family for a return visit to the spot, or we might fear for the crocodile’s safety.

Was the incident a strategic move to claim a coveted spot, or a failed attempt at friendship? We’ll leave that to you to decide.