Monitor Lizards Battle It Out Along Pandan River, Otters Kaypoh Like True S’poreans 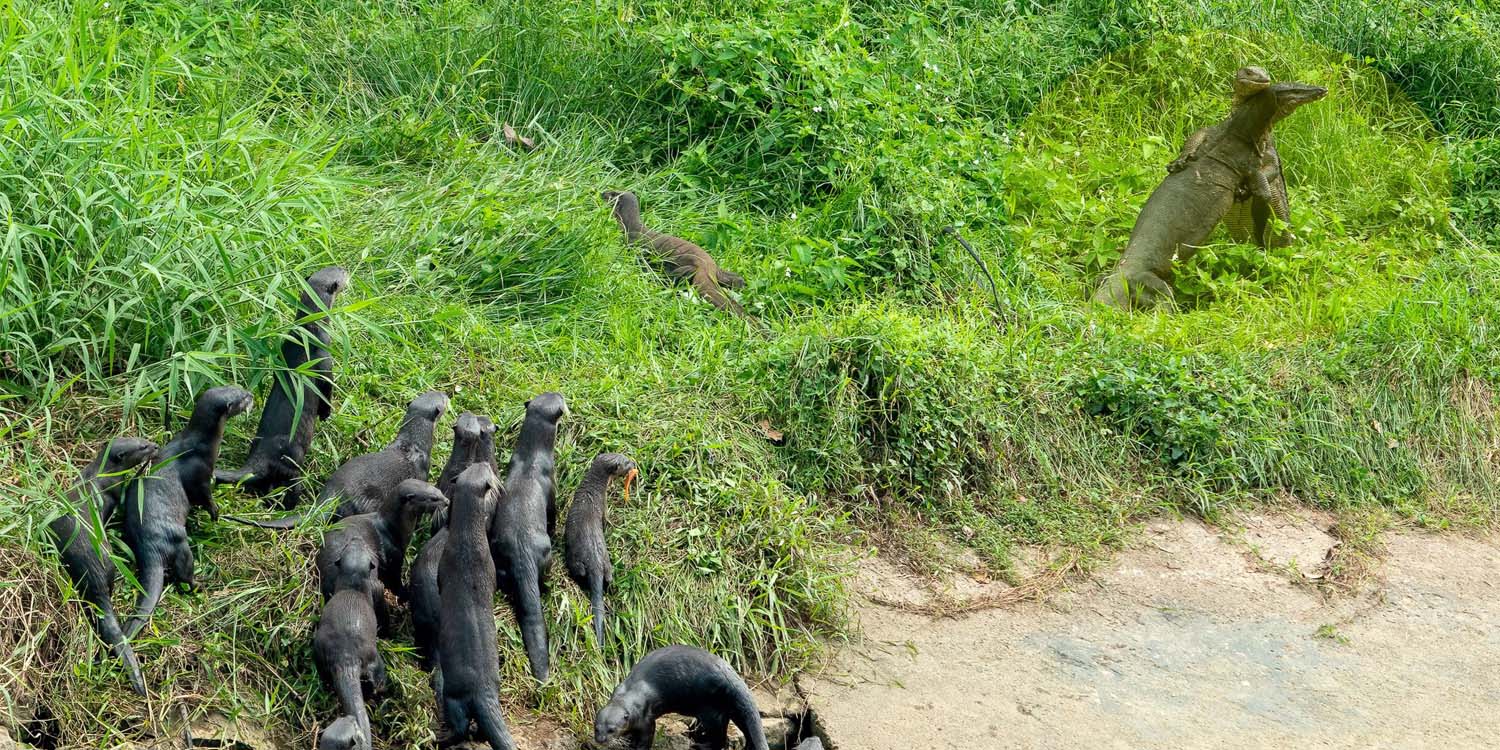 The only thing that's missing is the smartphones.

Monitor Lizards Battle It Out Along Pandan River, Otters Swim Over To Watch The Action

Otters have become a common sight in Singapore’s cityscape, but until now, we didn’t know how quintessentially Singaporean these critters are.

Last week, birdwatcher Vincent Yip managed to catch a family of otters near Pandan River — and for once, the otters were the ones doing the watching.

As 2 monitor lizards fought, the otter family swam to shore just to kaypoh at the action before them. 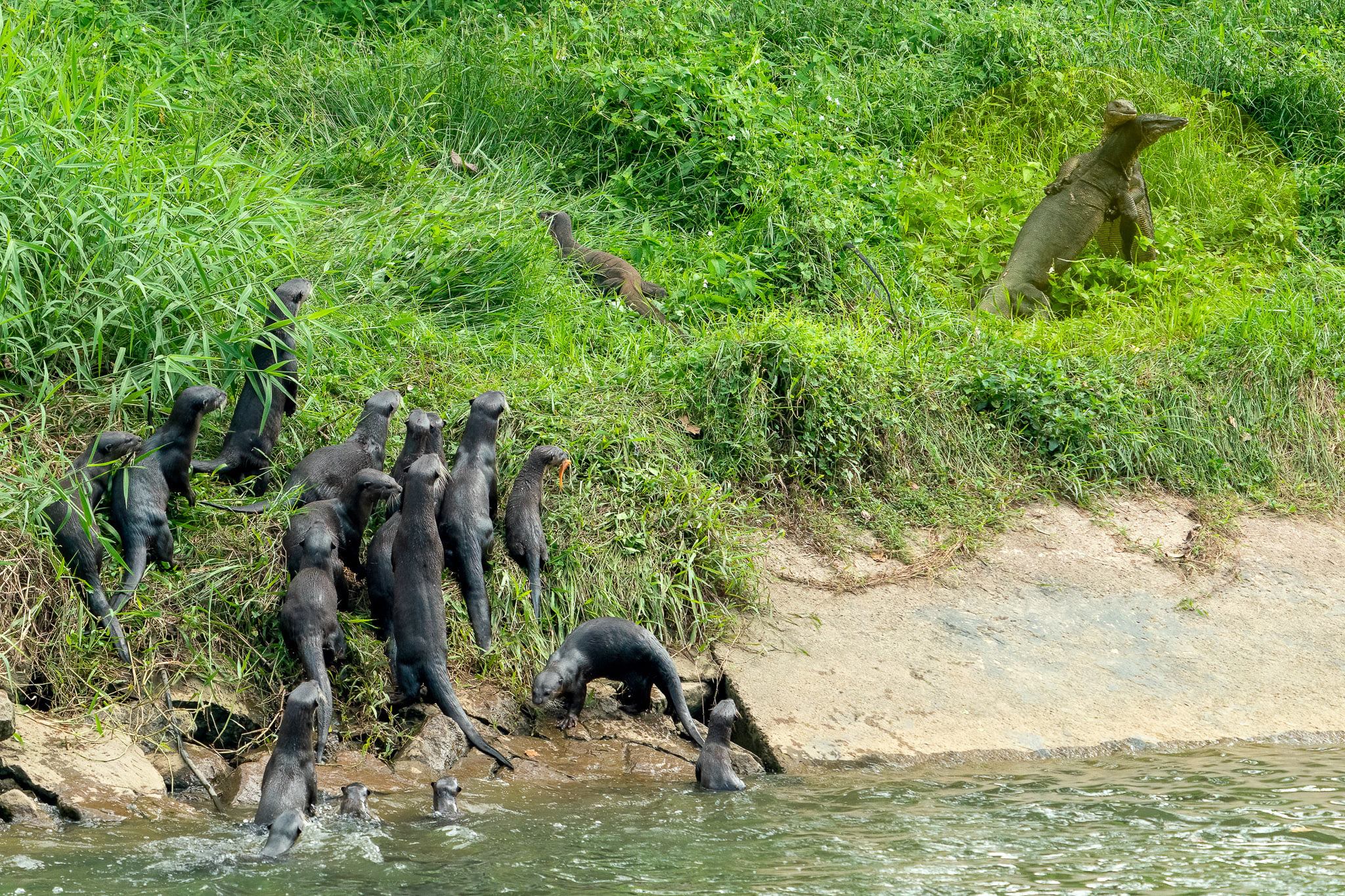 One otter was even munching on a fish as he watched.

Mr Yip first spotted the pair of monitor lizards “hugging it out”.

They may look affectionate, but the lizards were likely trying to wrestle each other to the ground. Despite the intense fight, a 3rd monitor lizard can be seen staying nearby, completely nonchalant.

From then on, the scene before Mr Yip only got more amusing.

As if sensing the drama of the fight, a family of otters hurriedly swam to the river bank. 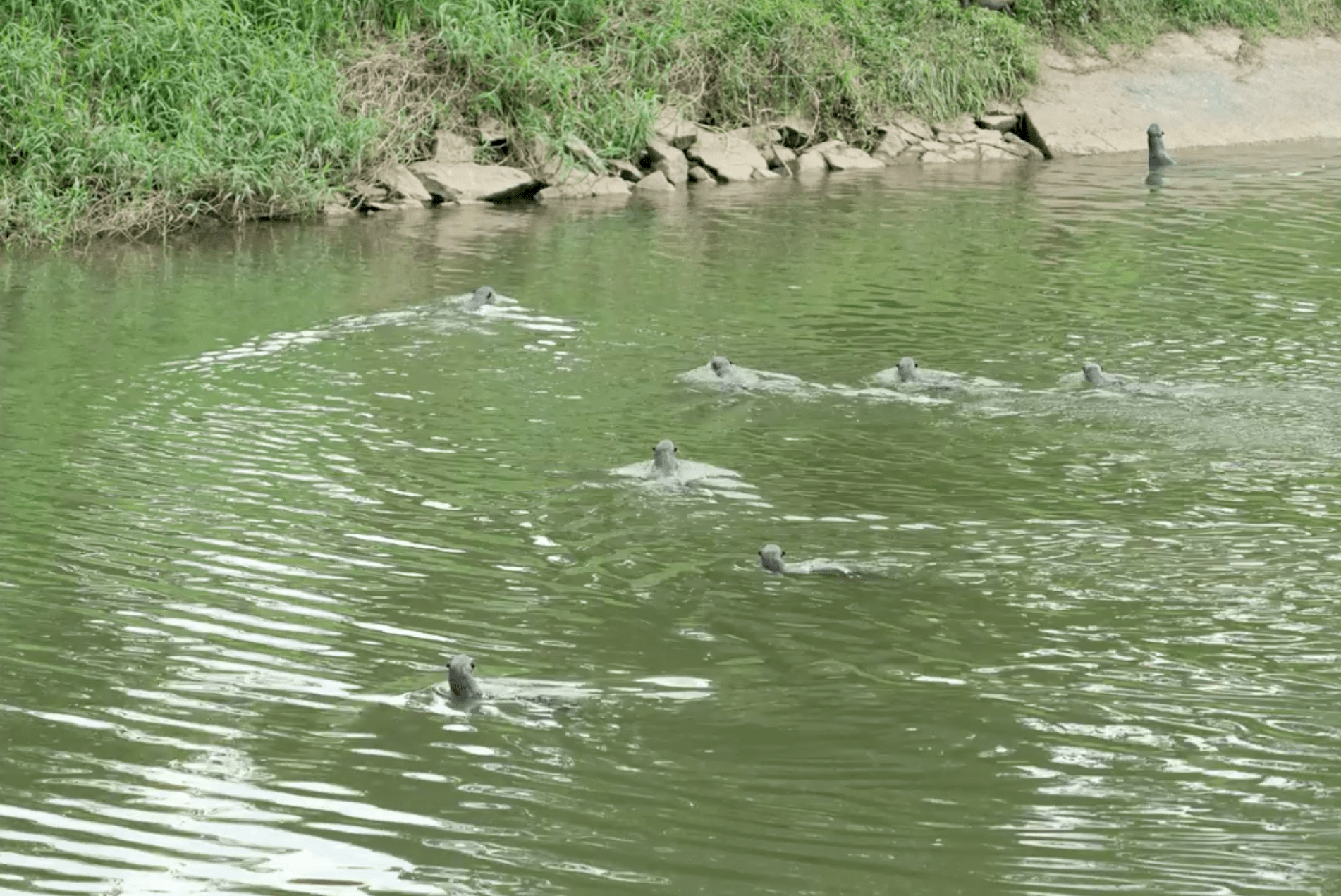 Wanting to catch some of the action, the kaypoh otters discreetly peeped with their heads out of the water.

It was a comical sight as the otters bobbed up and down, trying to get a better view.

After awhile, the otters seemed to egg each otter on to get closer to the drama unfolding before them.

The group couldn’t resist scurrying up the river bank to stand as spectators nearby as the 2 monitor lizards continued to battle it out.

What made it comical was the otters resembled a crowd of humans watching a show.

The only difference is that unlike humans, they didn’t have smartphones to fish out in order to capture the drama for posterity. Due to their kaypoh behaviour, these otters are certainly true-blue Singaporeans indeed.

And there was a punchline to the entire hilarious scene too — one otter had a fish in his mouth. 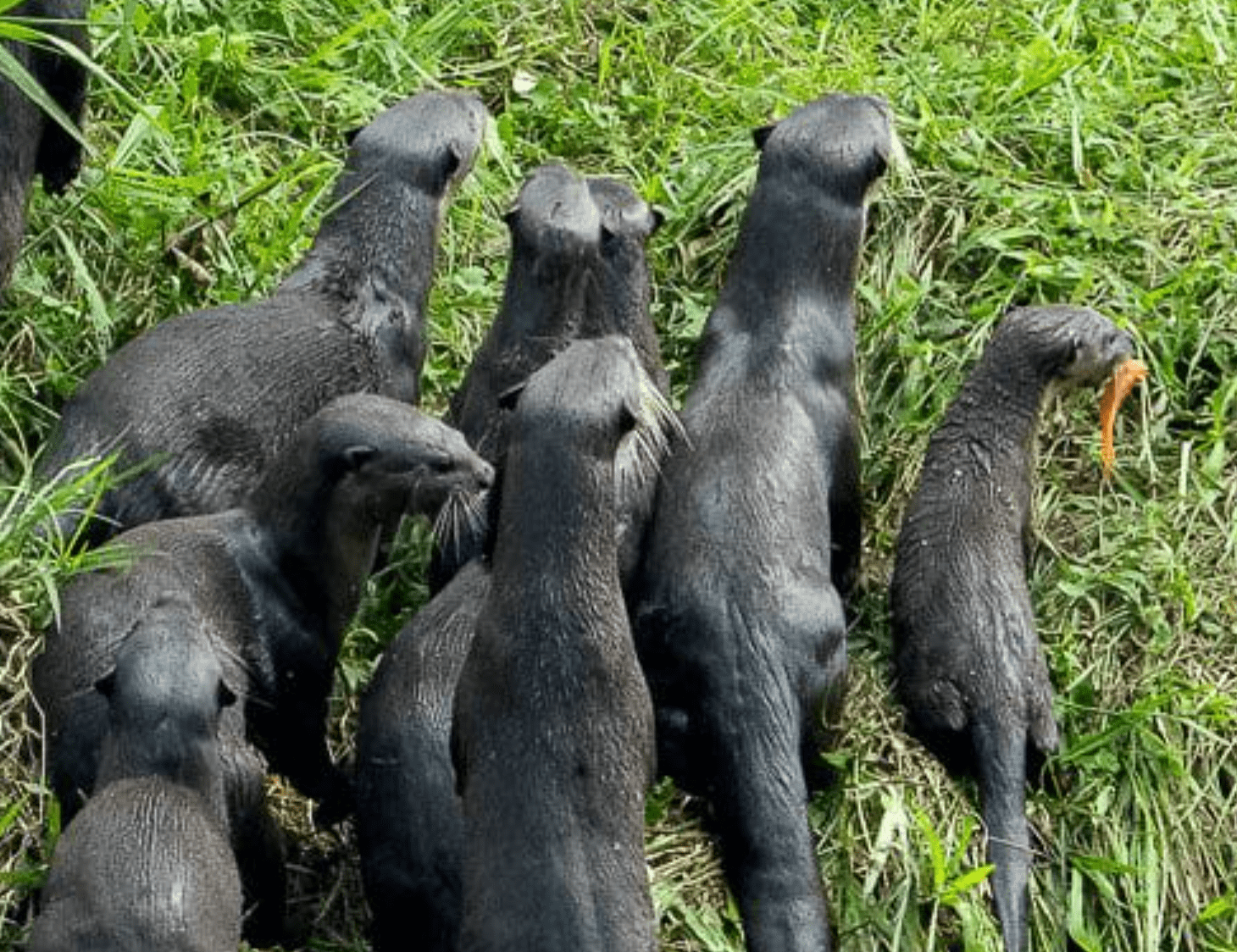 Much like a human enjoying some popcorn at the movies, the little otter seemed right at home as he munched on his snack while watching the fight.

Mr Yip found the scene so hilarious that he stitched his photos into a video, complete with a whimsical soundtrack. Watch it here:

What an experience it must have been to catch such an incredible scene involving Singapore’s wildlife.

Our otters have won our hearts over long ago with their playful antics, and now they’re endearing themselves to us even more with their otterly hilarious Singaporean behaviour.

It’s no wonder we can never get enough of these adorable creatures.