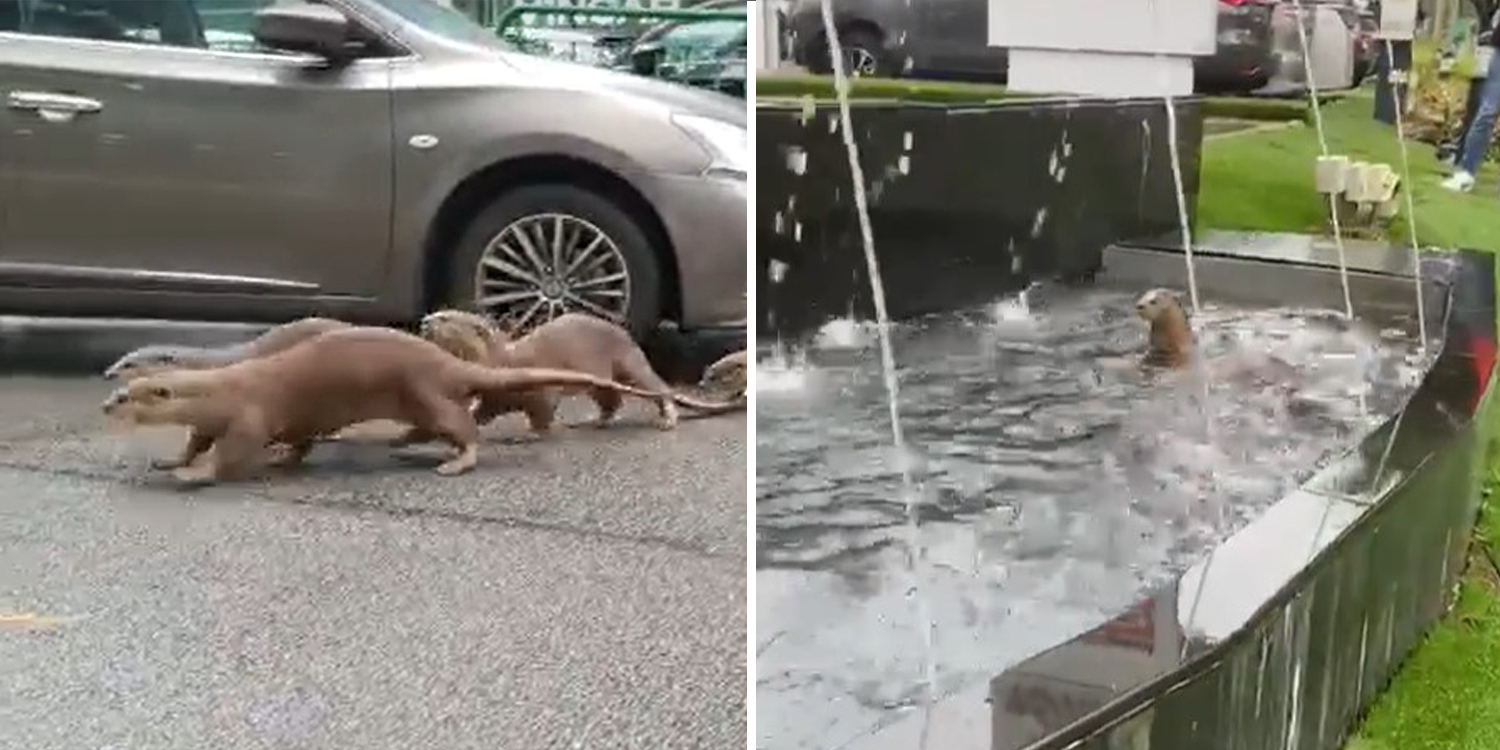 They were having an otterly good time.

Otters have made their way into Singaporeans’ hearts, becoming a beloved part of thriving wildlife in our garden city.

These adorable creatures are known for their playful nature, never failing to bring a smile to people’s faces.

However, otters can get a little cheeky at times.

On Sunday (13 Sep), a netizen shared videos of an otter family visiting the Subaru showroom in Queenstown area. 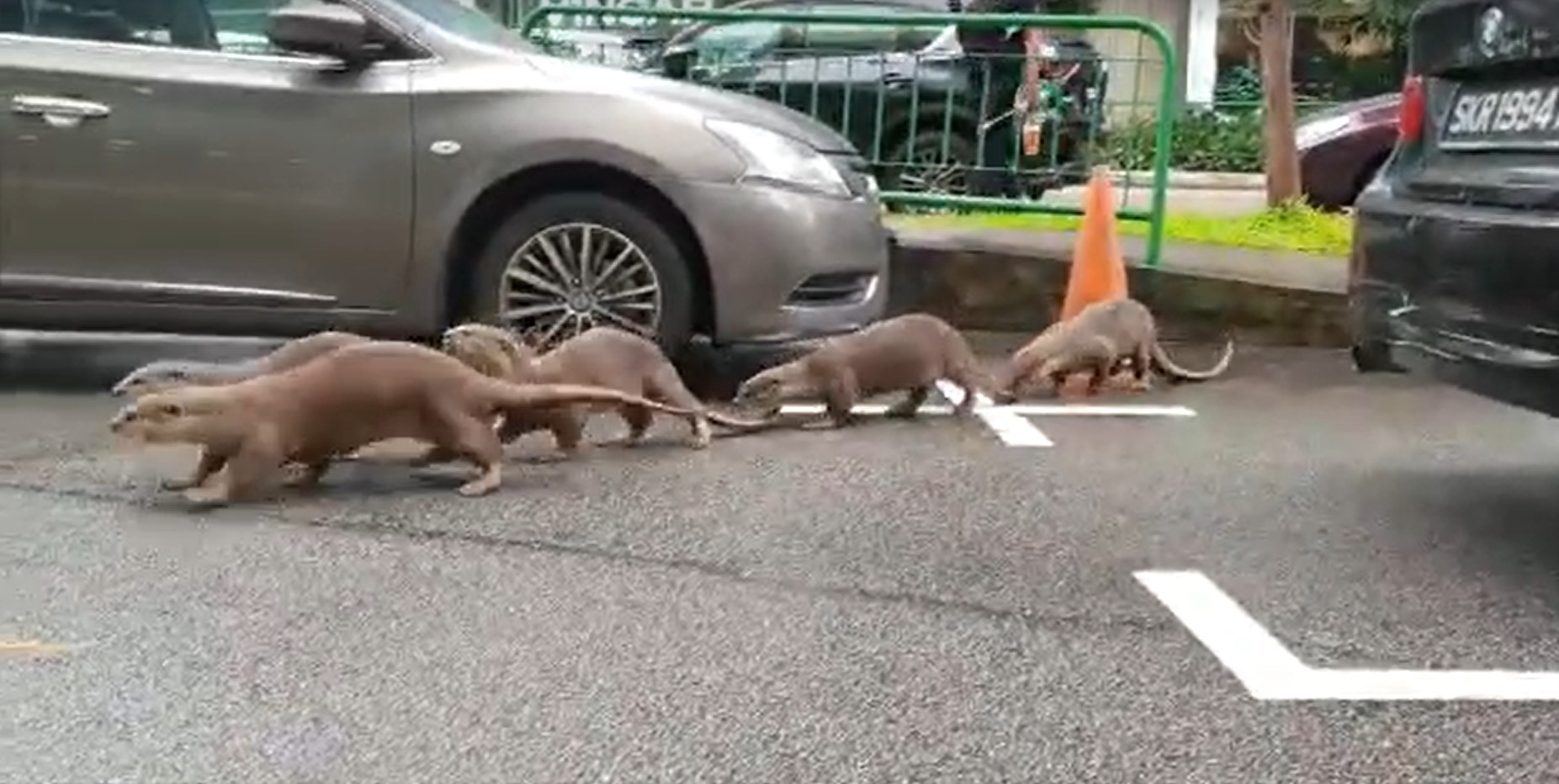 In the Facebook post, he jokes that they even got treated to a luxurious ‘spa’ session when they cheerfully frolicked about in a water fountain.

Earlier this year, otters showed us what they are capable of when they crashed a Newton condominium pool and even ate some koi fish at a former actress’ house.

But they’re not stopping there, it looks like they’re getting a little car-ried away this time.

On Sunday (13 Sep), a netizen shared on Facebook that an otter family visited the Subaru showroom along Leng Kee Road.

In the video, the otter family was seen making their way across a road towards the Subaru showroom. They curiously sniffed around for awhile, seemingly interested in the nearby cars.

But these otters are not easy to impress, the family of 5 quickly moved on from the Subaru showroom.

Soon, they arrived at the Toyota showroom, just down the road.

Albeit being fierce car competitors, the choice between the 2 car brands was a no-brainer for the otter family.

There’s one thing that makes the Subaru showroom pale in comparison to Toyota’s — a water fountain.

A fountain that the netizen jokingly said was a luxurious ‘spa’ for the otters after their test drive.

The otter family took full advantage of the water fountain as they frolicked in the water, bobbing their little heads up and under the water.

They looked like they were having an otterly good time.

Passers-by looked on, visibly amused as they recorded the adorable scene playing out in front of them.

Otters have become somewhat of a common sighting here in our Garden City.

Earlier in June, they were seen basking in the sun and playing in the river near the Zouk bridge.

But however much they appear, Singaporeans can’t seem to get enough of them and their playful antics.

It is such a simple joy to watch otters joyously interact and live within our concrete jungle.

Their carefree playfulness is often so infectious it brings a smile to our faces.

As Singaporeans spill out into the streets in Phase 2, hopefully these boisterous otters will still feel the freedom to interact with the spaces we occupy.