Baby Monkey Plays With BBT Cup, Reminder For Us To Dispose Trash Properly Our trash can cause serious harm to these monkeys.

A big part of visiting nature parks is getting to watch animals in their natural habitat. 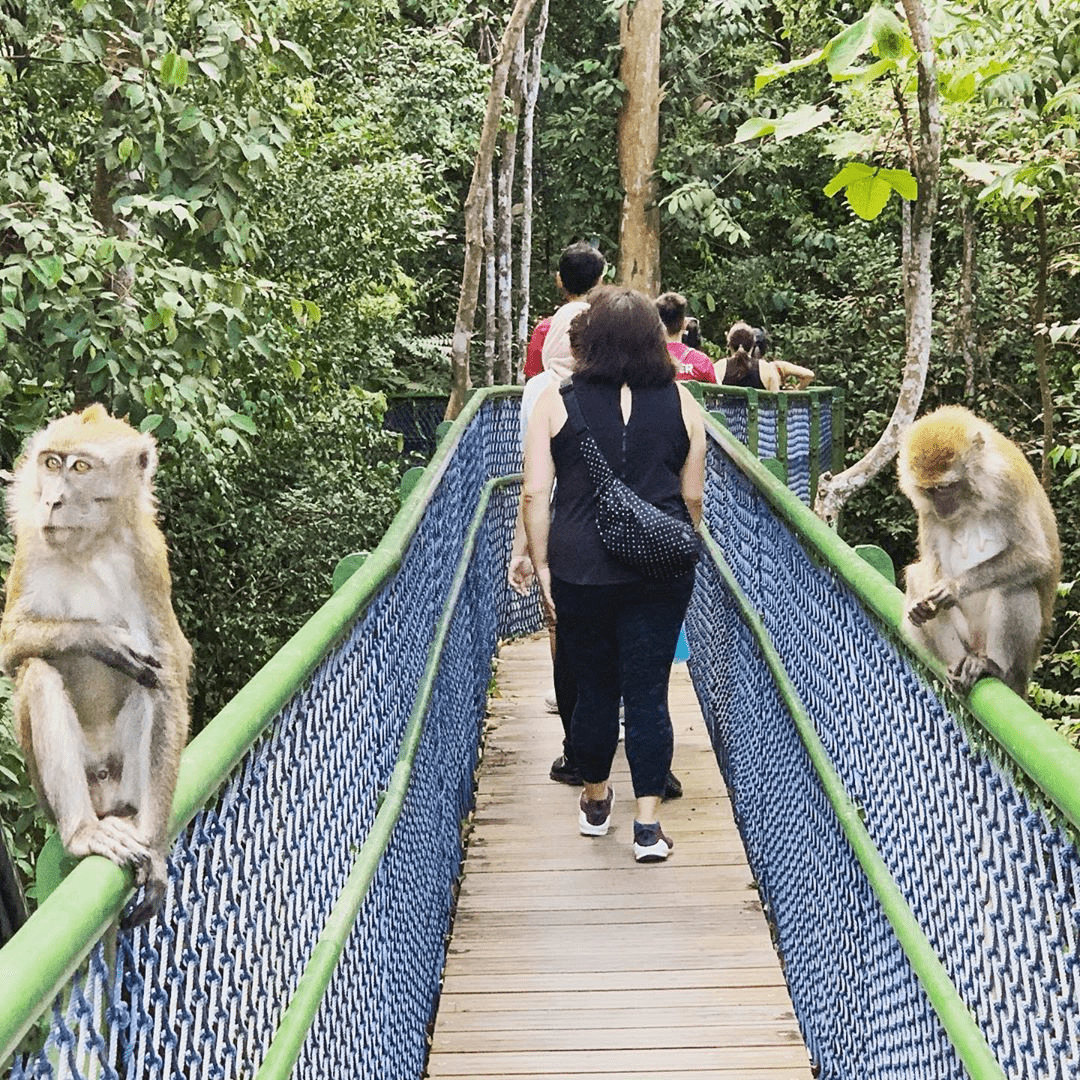 A Singaporean was observing some adorable baby monkeys playing with one another at Upper Thomson when he spotted something out of the ordinary.

In a Facebook post on Sunday (23 Aug), the man recounts his experience of seeing some baby monkeys playing with pieces of trash left behind by humans — in particular, disposable bubble tea cups. 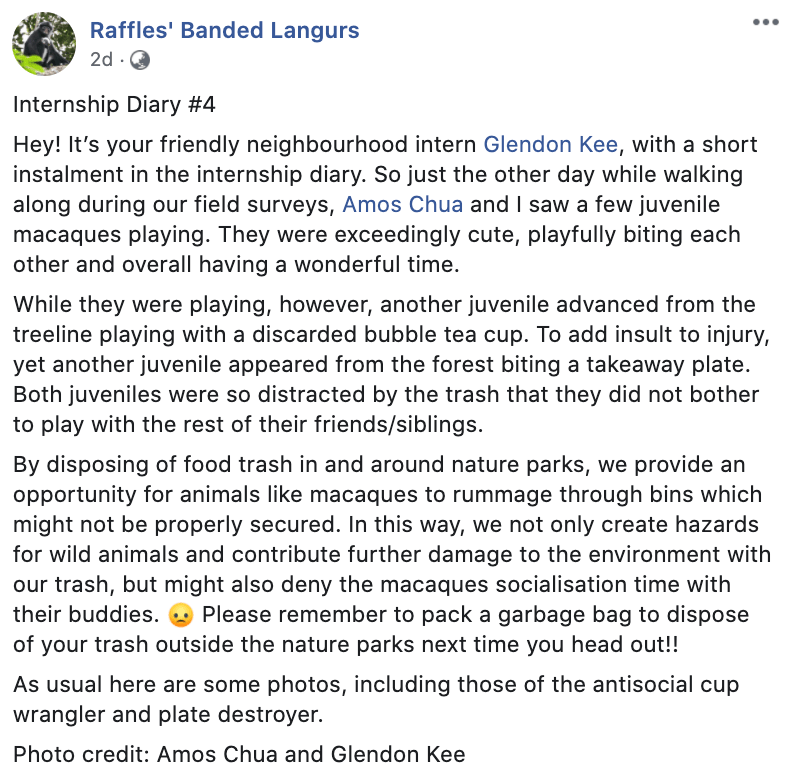 The things we leave behind can pose a danger for animals and impact their socialisation. He advises the public to take better care of the environment and the animals in it by disposing of our trash properly, especially in nature parks.

According to the Facebook post, Mr Glendon Kee was out on a field survey along Upper Thomson Road when he chanced upon a few juvenile macaques frolicking. 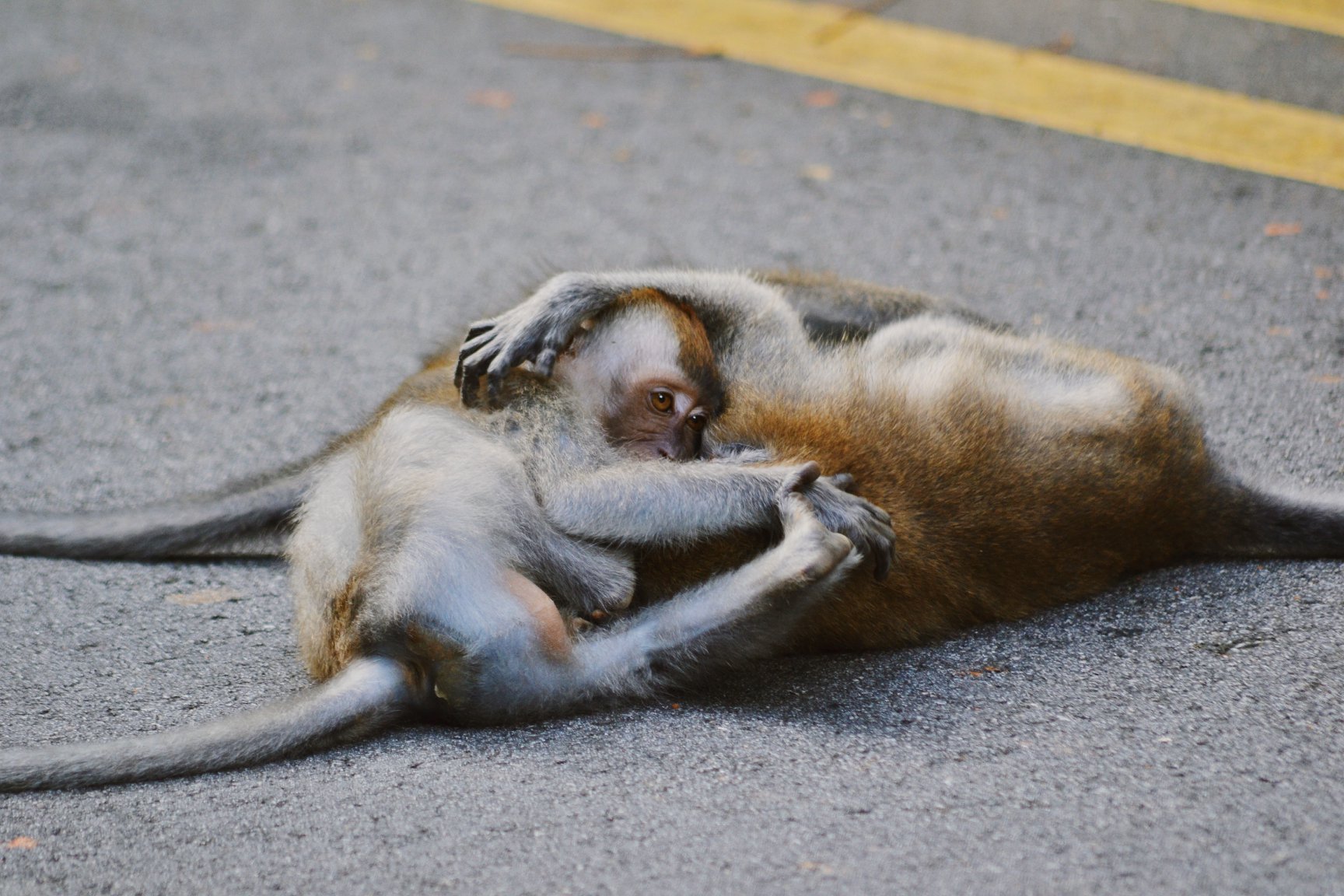 The monkeys are apparently a common sight at Thomson Nature Park.

However, one particular baby macaque monkey caught Mr Kee’s attention as it emerged from the trees with a discarded bubble tea cup. 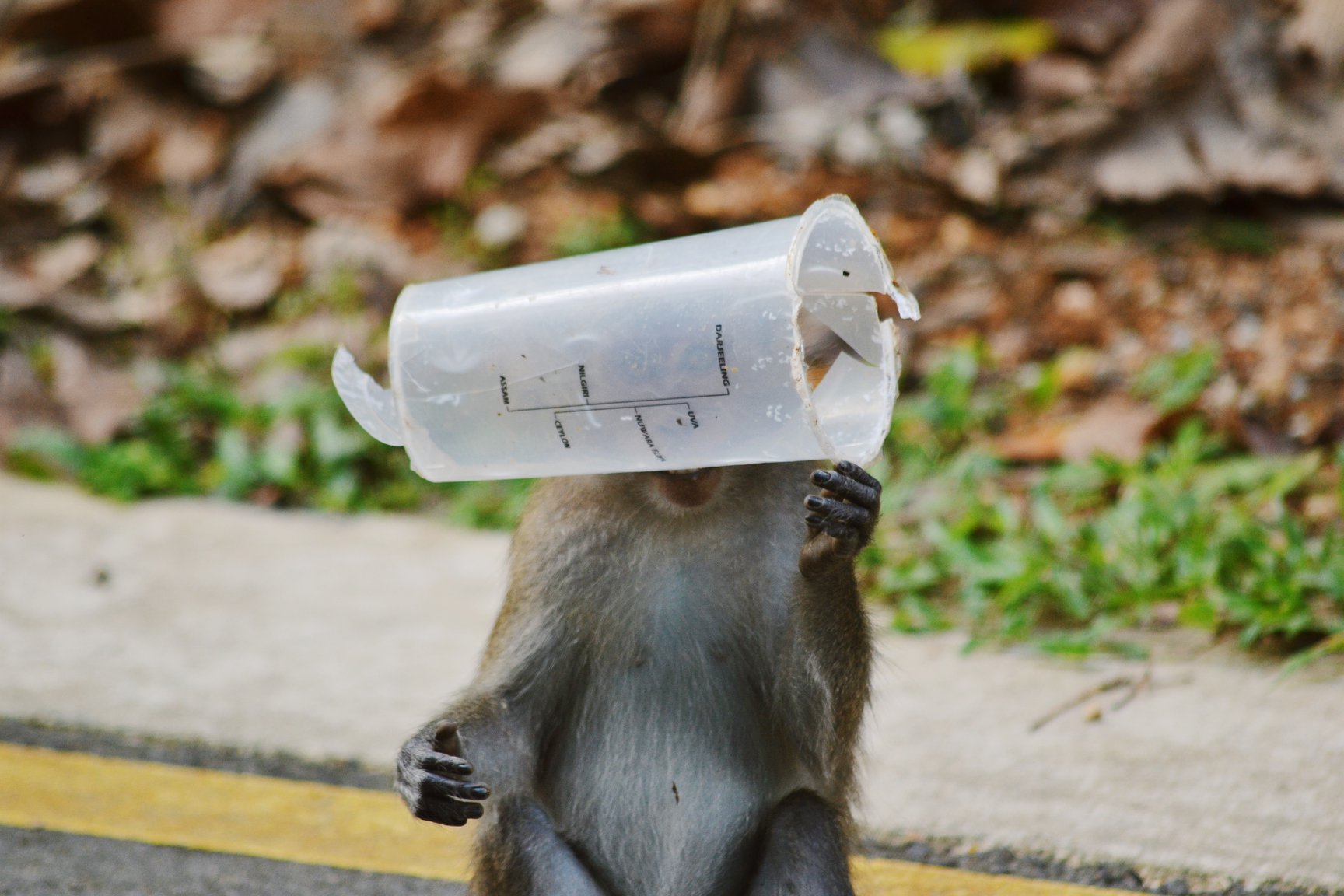 It appeared as if it was abiding by Singapore’s Covid-19 guidelines, using the plastic cup as a face shield. 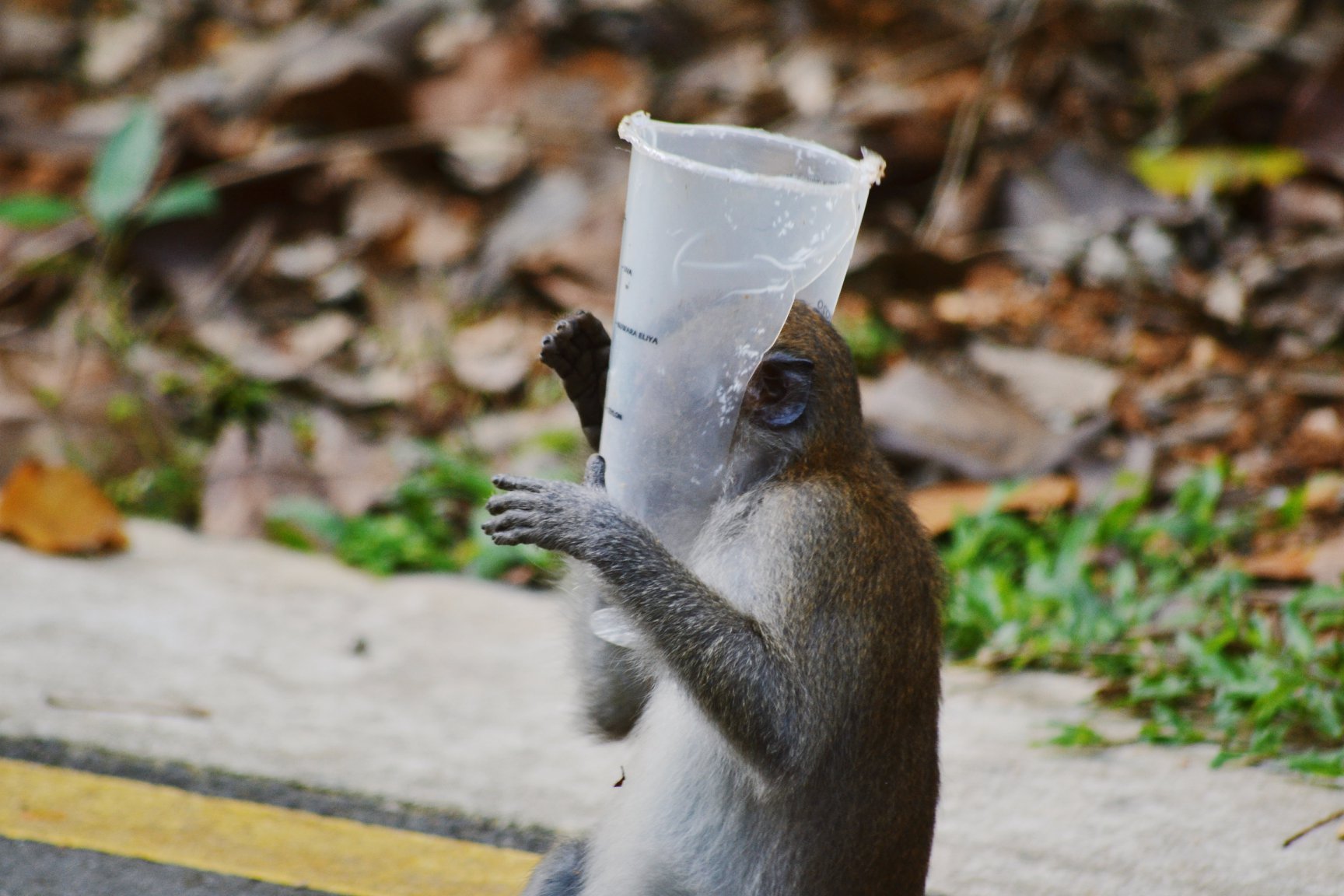 To make matters worse, another baby monkey soon emerged with a plastic dabao container in hand.

He was apparently biting on it and playing with it. 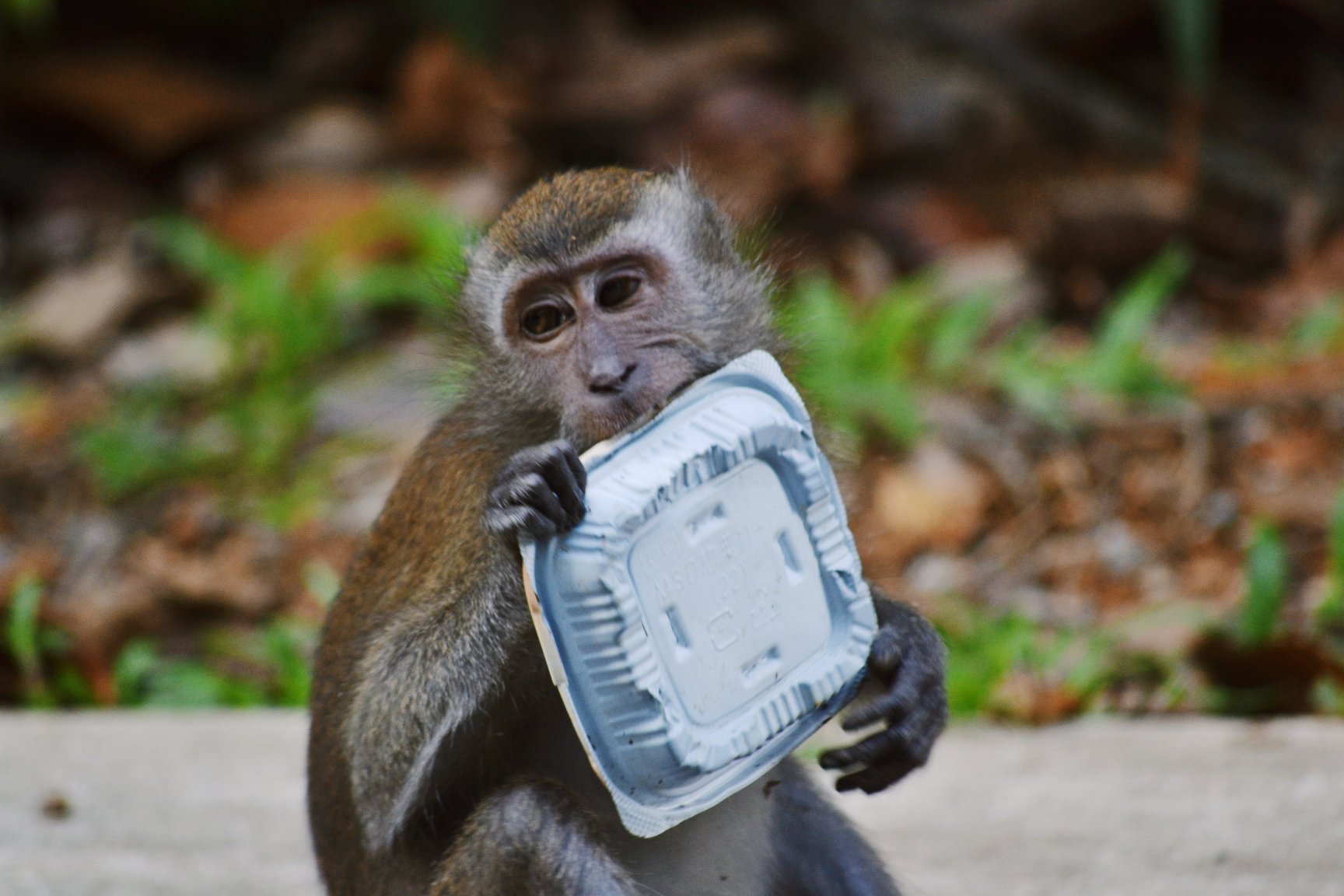 Juvenile monkeys too preoccupied with trash to socialise

Although the monkeys were undeniably adorable, the man warns of how this is alarming to see.

According to Mr Kee, playing with trash may cause harm and pose a hazard to the monkeys and other wildlife living in the habitat.

He also noticed that both monkeys were so preoccupied with their ‘toys’ that they did not engage the rest of their friends playing nearby.

According to AsiaOne, the monkeys tend to seek such plastic containers as they’ve learnt to associate them with food.

This is especially worrying for juvenile ones since it is crucial for them to pick up necessary life skills that can determine their survival. 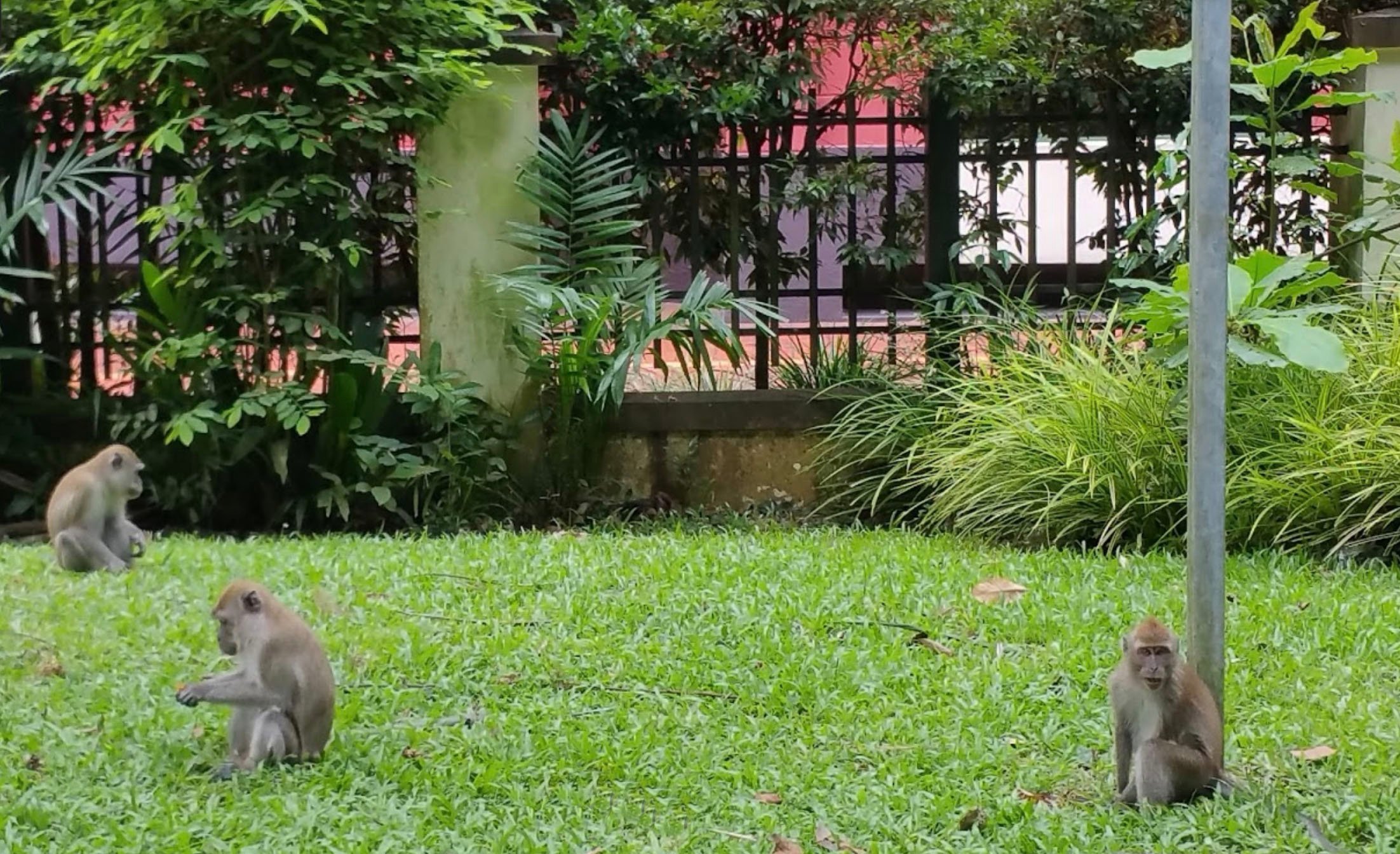 The man ends off the post advising the public to dispose of their food trash properly.

This is part of our responsibility to protect both the environment and the creatures that live in it.

He adds that people should come prepared with their own trash bags if they plan on consuming food.

The National Parks Board (NParks) also urges the public to dispose of their trash properly in designated bins and to ensure that they are “monkey-proof”. This is especially so when we are visiting nature parks.

Caring for the environment is our responsibility

Though the pictures of the monkeys having fun with the items may look adorable on first sight, it does not tell the full tale of the detrimental implications that it’s causing.

That said, small actions on our part can go a long way in protecting these adorable but vulnerable creatures within our environment.