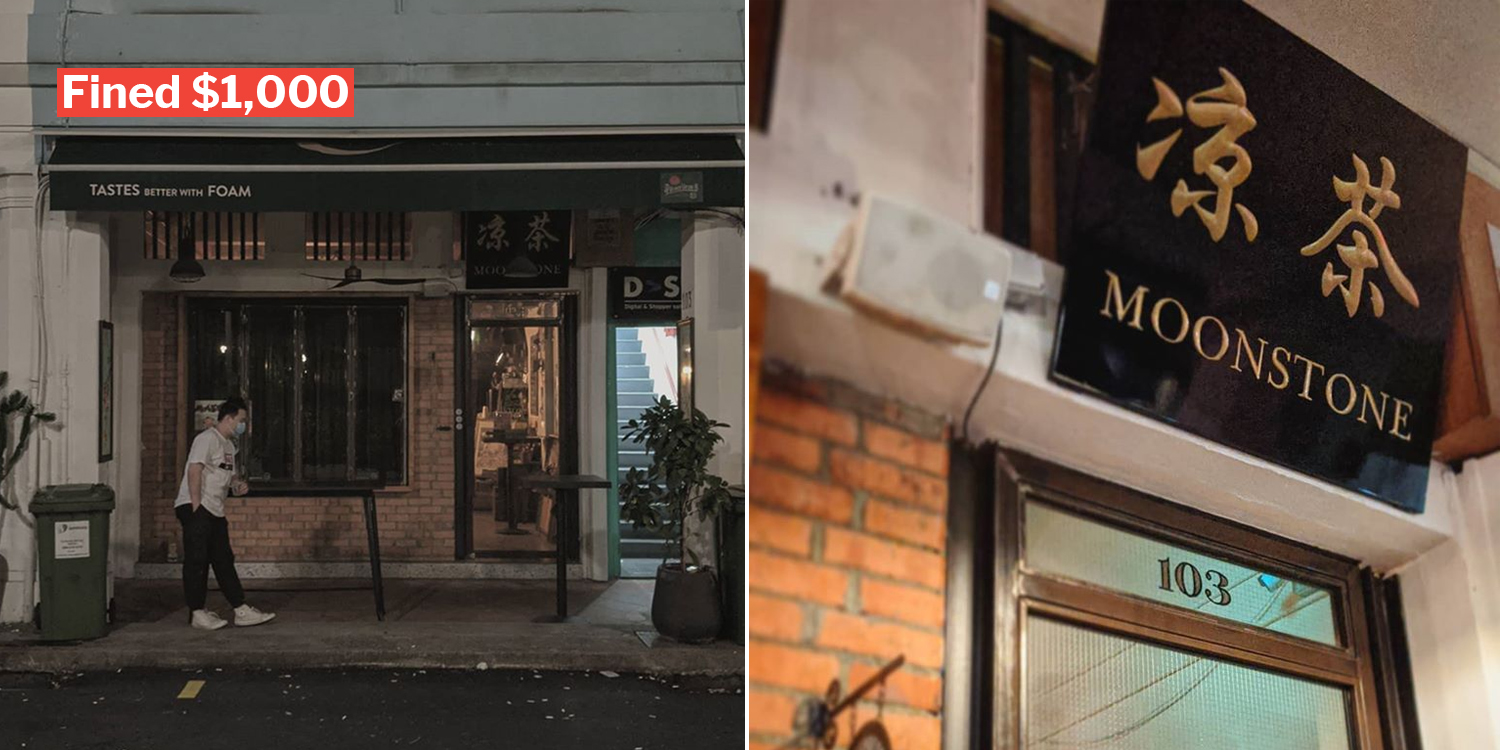 Under Singapore law, retail outlets are not allowed to sell alcohol between 10.30pm and 7am. There is apparently no “grace period” for this.

On Sunday (28 Jun), Moonstone, a bar in Tanjong Pagar announced that they’ll be closed indefinitely after they were found flouting such laws.

They took to Facebook to inform fellow F&B establishments to take the rule seriously. 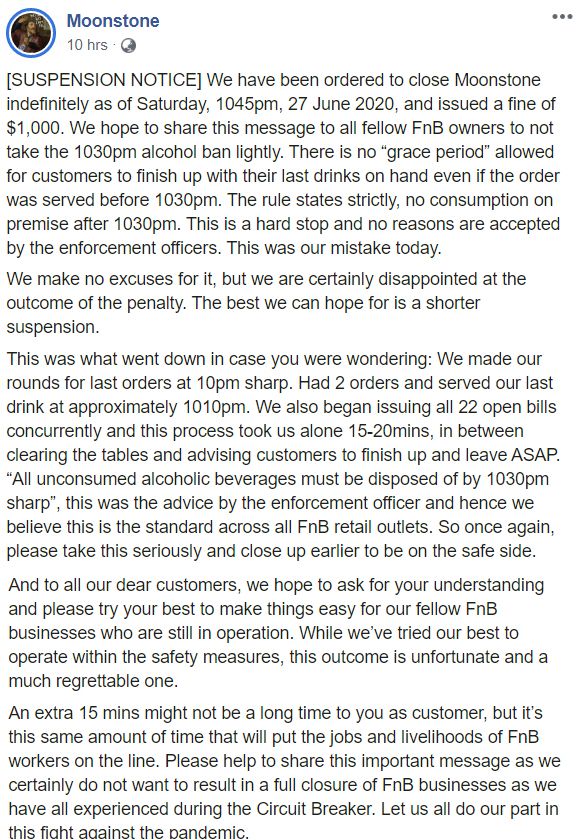 Moonstone bar claims there’s no ‘grace period’ to this law.

In the post, folks from Moonstone said that the bar will be closed indefinitely from 10.45pm on Saturday (27 Jun). 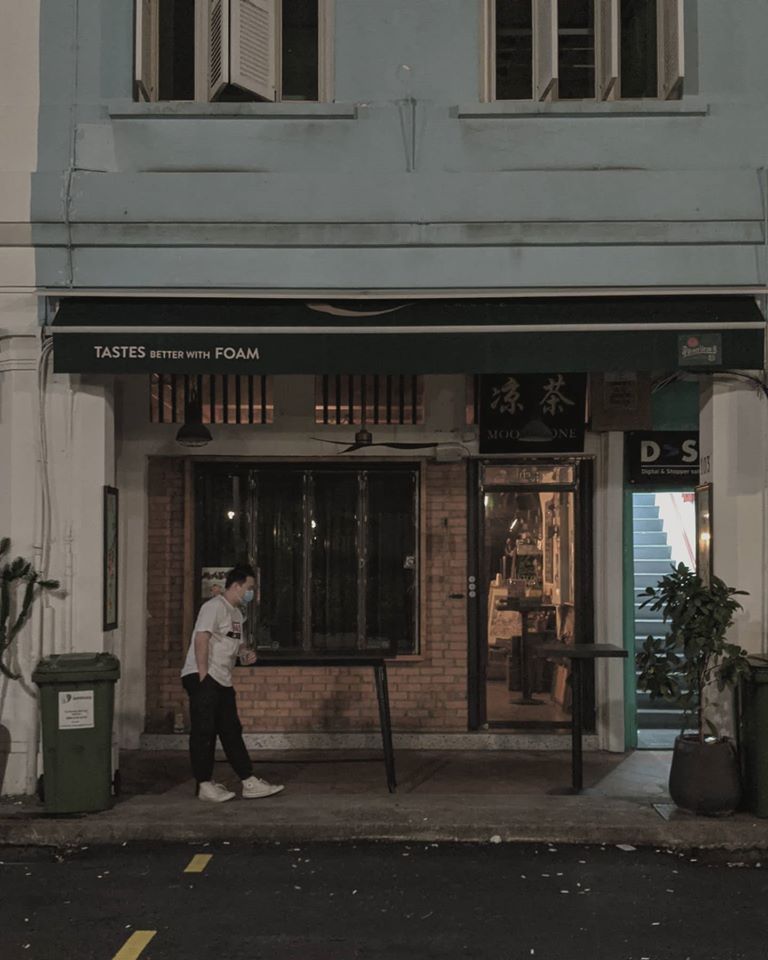 Apparently, on an undisclosed date, the bar had failed to ensure that consumption of alcoholic beverages had stopped after the stipulated 10.30pm timing.

According to them, there is no “grace period” to this rule, even if the drinks had been served before 10.30.

Though the bar operations have since been suspended, the management team are not making excuses for their oversight.

Instead, they urged fellow F&B establishments to not take this rule lightly.

Folks from Moonstone also appealed for customers to be more understanding, and not make things difficult for F&B outlets.

An extra 15 mins might not be a long time to you as customer, but it’s this same amount of time that will put the jobs and livelihoods of FnB workers on the line.

The bar was also fined $1,000 on top of the indefinite suspension.

The double whammy must have hit them especially hard since they had only reopened just slightly more than 1 week after Phase 2.

Moonshine’s suspension will come as sad news for bargoers who frequent the outlet for their alcoholic beverages. 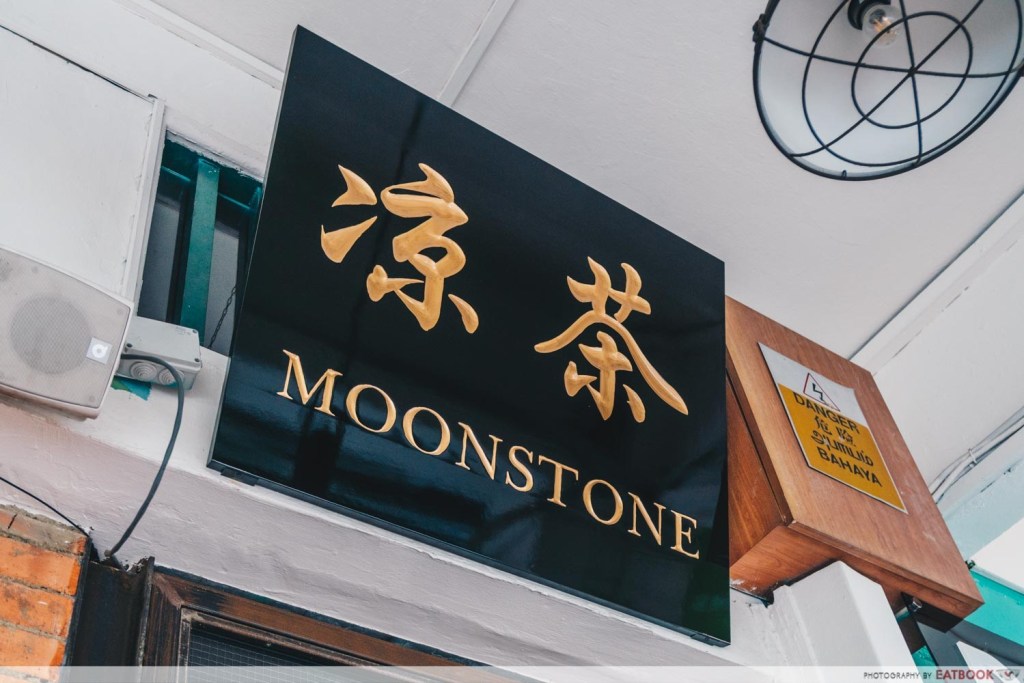 We hope they’ll be allowed to operate again soon. Meanwhile, let this be a reminder for both customers and businesses to take the alcohol consumption rule seriously.