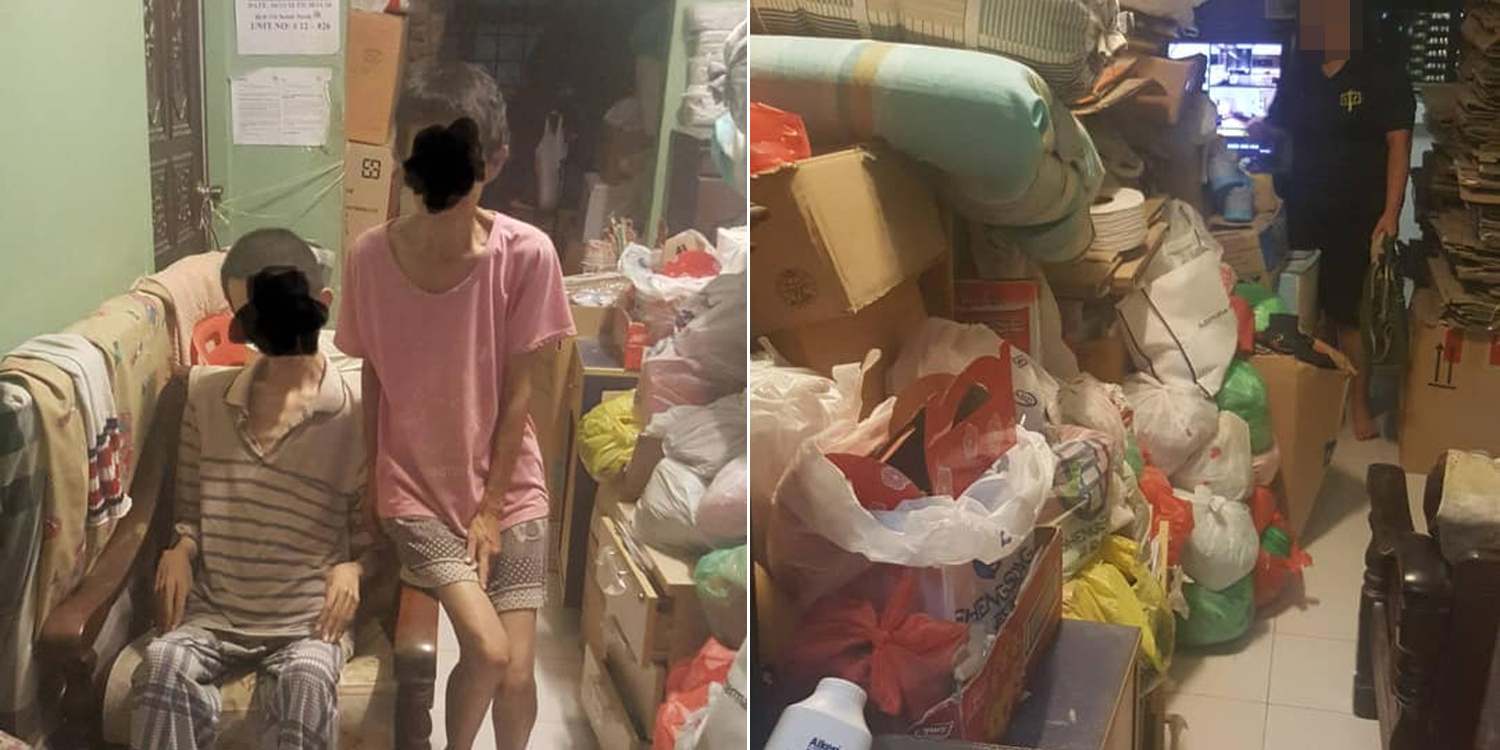 She sold cardboard to support her intellectually disabled son.

Mummy Yummy, a local hawker, received praise for selling half-priced meals to cleaners and housekeepers in the Central Business District.

But we’ve recently uncovered that the folks at Mummy Yummy are also conducting periodic ‘house visits’ to help those less fortunate.

One such beneficiary is Mdm Neo. She’s a middle-aged lady who’s struggling to make ends meet as a cardboard collector, to support her intellectually handicapped son.

Mdm Neo has even contemplated suicide as she couldn’t pay the bills, after being diagnosed with arthritis.

After returning from their visit, Mummy Yummy took to Facebook asking for donations from the public. Here’s their post in full, we also break it down for you after the jump. 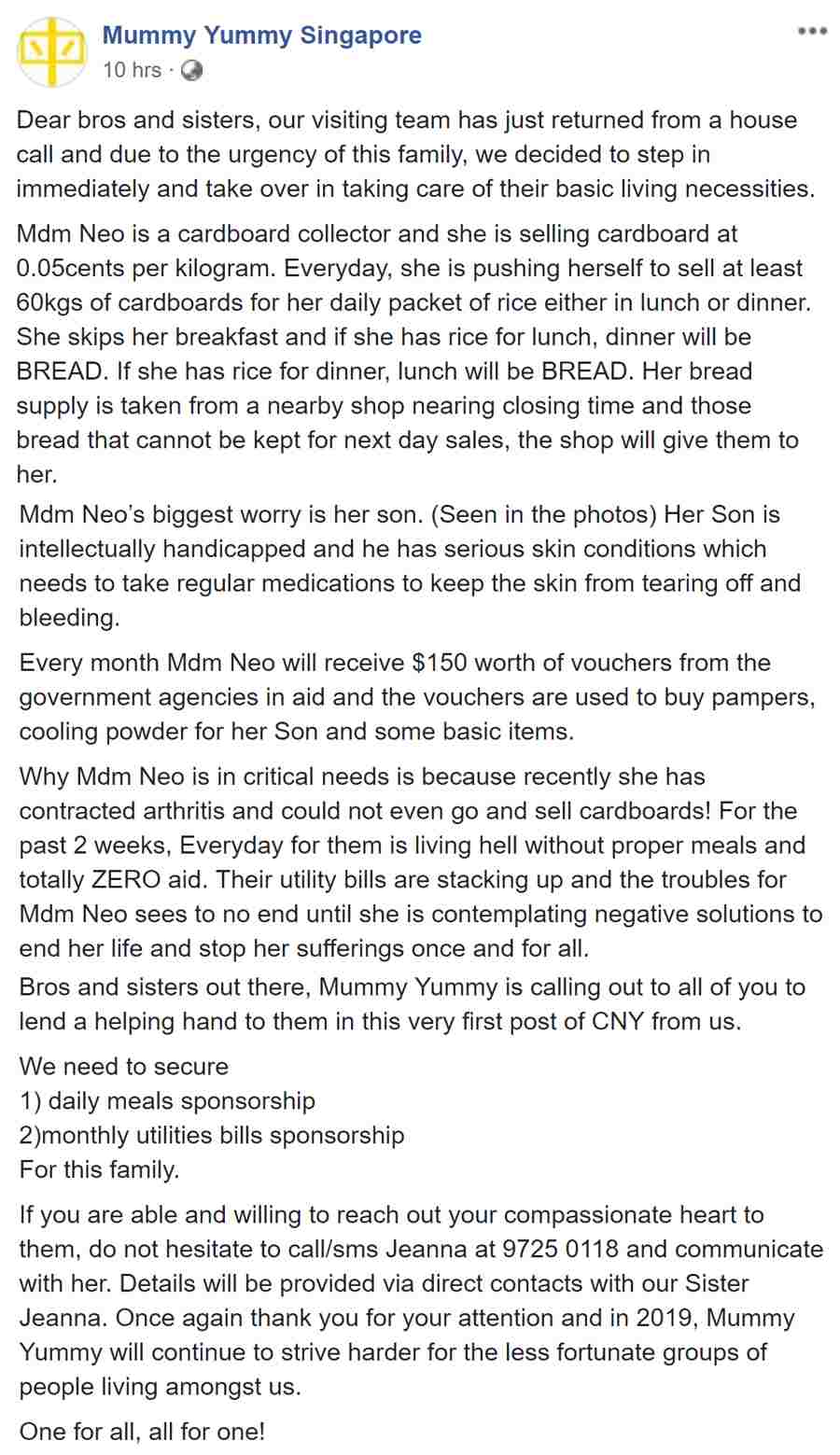 According to the Facebook post, Mdm Neo sells cardboard at a mere 5 cents/kg. She makes it a point to sell at least 60kg every day to afford her daily portion of rice.

Mdm Neo doesn’t have the luxury of following the breakfast-lunch-dinner routine that most of us are familiar with.

She skips breakfast altogether and eats only lunch and dinner. Her menu’s simple as well, consisting of just rice, and bread which she gets for free from a nearby shop.

If she chooses to have rice for lunch, she’ll have bread for dinner, and vice versa.

But Mdm Neo’s biggest worry doesn’t lie with herself, but with her son. 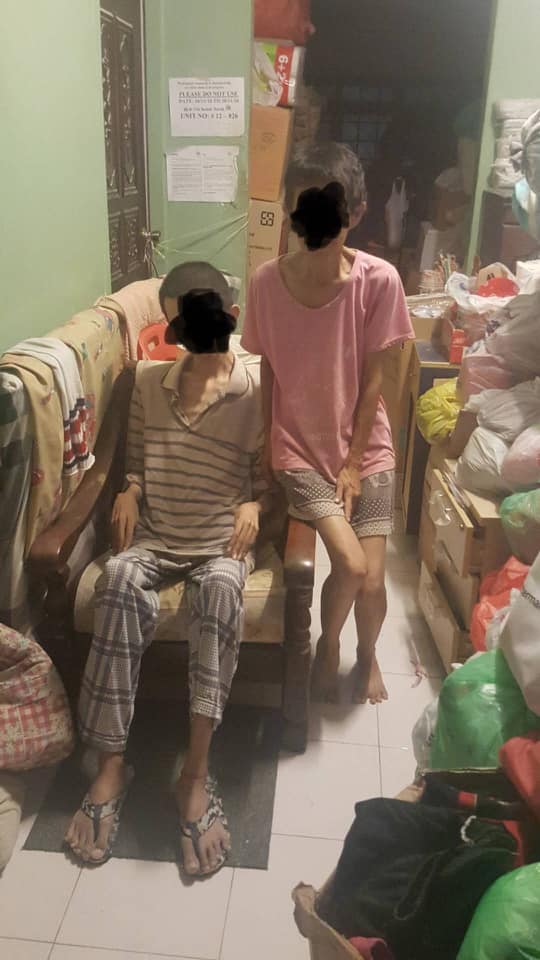 According to the post, Mdm Neo’s son is intellectually handicapped and has severe skin conditions which require regular medications to prevent his skin from tearing and bleeding.

Thankfully, Mdm Neo receives $150 worth of vouchers each month from government agencies, which she uses to purchase pampers and cooling powder for her son.

Judging from pictures attached to the Facebook post, the house that Mdm Neo lives in with her son, is in quite a mess. 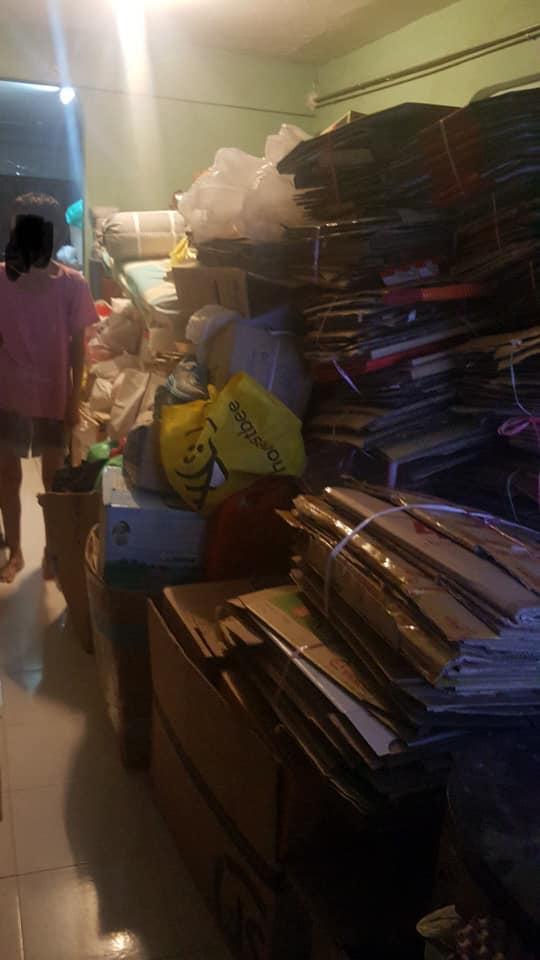 Heaps of cardboard and other miscellaneous items occupy the hallway, making it almost impossible to navigate through the flat. 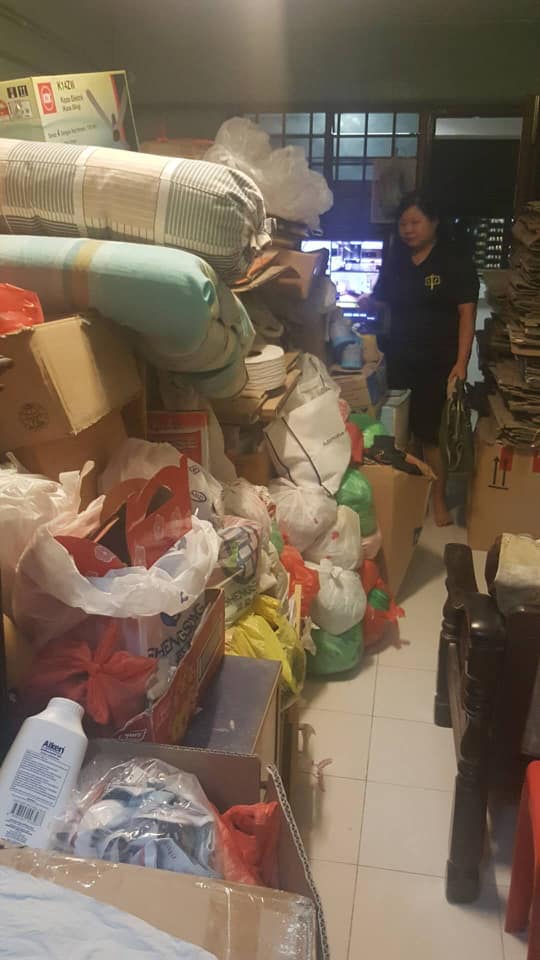 The majority of items appear flammable in nature, posing a fire hazard to both Mdm Neo and her son.

As if her scenario wasn’t tough enough, Mdm Neo was dealt another blow recently when she was diagnosed with arthritis, rendering it impossible for her to go about her daily routine of selling cardboard.

For the past 2 weeks, Mdm Neo and her son haven’t had proper meals, and have been getting by without aid.

Their utility bills are piling up so fast that Mdm Neo even contemplated suicide.

Mummy Yummy is currently calling for members of the public to help sponsor Mdm Neo and her son’s daily meals and monthly utility bills.

We’d like to thank Mummy Yummy once again for creating awareness of the dire situations that less fortunate in our society are facing.