So you might have heard that a new recording of the National Anthem was released on Tuesday (3 Dec).

Today is the 60th anniversary since Majulah Singapura was unveiled, in 1959.

According to the National Heritage Board, the new recording, performed by the Singapore Symphony Orchestra (SSO), is meant to update Majulah Singapura to current audio technology.

Sort of like releasing a .flac version of the anthem, which you can listen to below.

But a music video (MV) released the same day appears to be confusing some Singaporeans, due to the timing of its release.

MV not part of re-recording of National Anthem

The MV features Malay rocker Ramli Sarip performing his rendition of the anthem. Ramli had first done so for the National Day Parade, so this really isn’t a new thing.

Instead, this can be seen as a continuation of the new version performed at the NDP.

However, the timing for the release could not have been worse.

At a time when Singaporeans were looking forward to listening to the “new” anthem at 11:20am, if they happened to spot the MV first, they might be under the mistaken assumption that this was the teased National Anthem.

Worse, there might be accusations that the national anthem had been “changed” completely, such as this comment by People’s Voice Party leader Lim Tean, which isn’t true. There appears to be some confusion here in regard to the Ramli Sarip version, which isn’t meant to be an update to the official version of Majulah Singapura.

Some have likened the MV to a “funeral”.

Others seemed to believe that the old song would be replaced.

However, the exact same version was performed at the NDP, and that was well-received.

The sudden change in attitudes may lie in the timing of the MV and announcement of a “new” national anthem, which turned out to be anything but.

For the record, the SSO version isn’t meant to be groundbreaking or even new, so if you’re wondering why it sounds pretty much the same as the original, that’s because there was no intention to change the anthem. 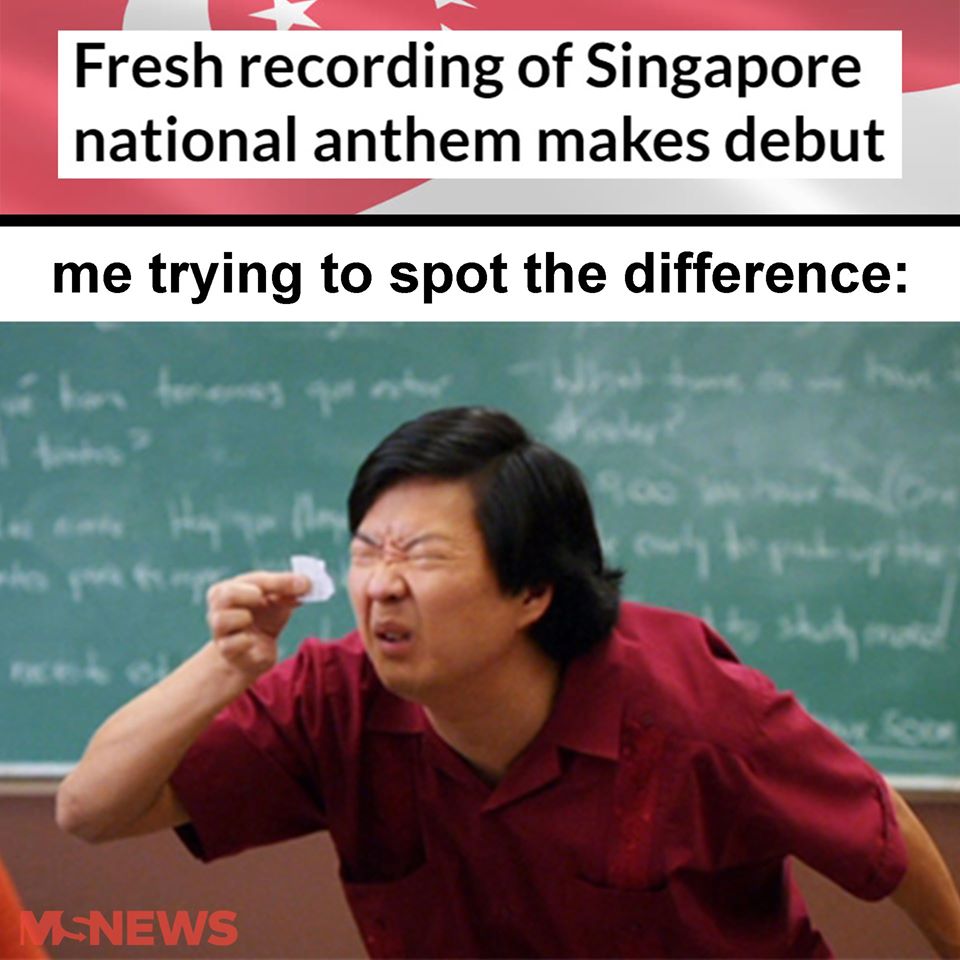 You can stop looking now. The cymbals are more noticeable and the choir also sounds younger, but that’s the extent of the changes.

We think Majulah Singapura captures the pride and patriotism that Singaporeans have for their country, in our national language. Changing things up would rightly lead to anger, as we seem very much okay with the anthem as it is.

So let your friends know that the updated national anthem doesn’t have anything to do with Ramli Sarip. We think his version is great too, but let’s not confuse that with the SSO version.

Featured image adapted from The Straits Times and CNA.