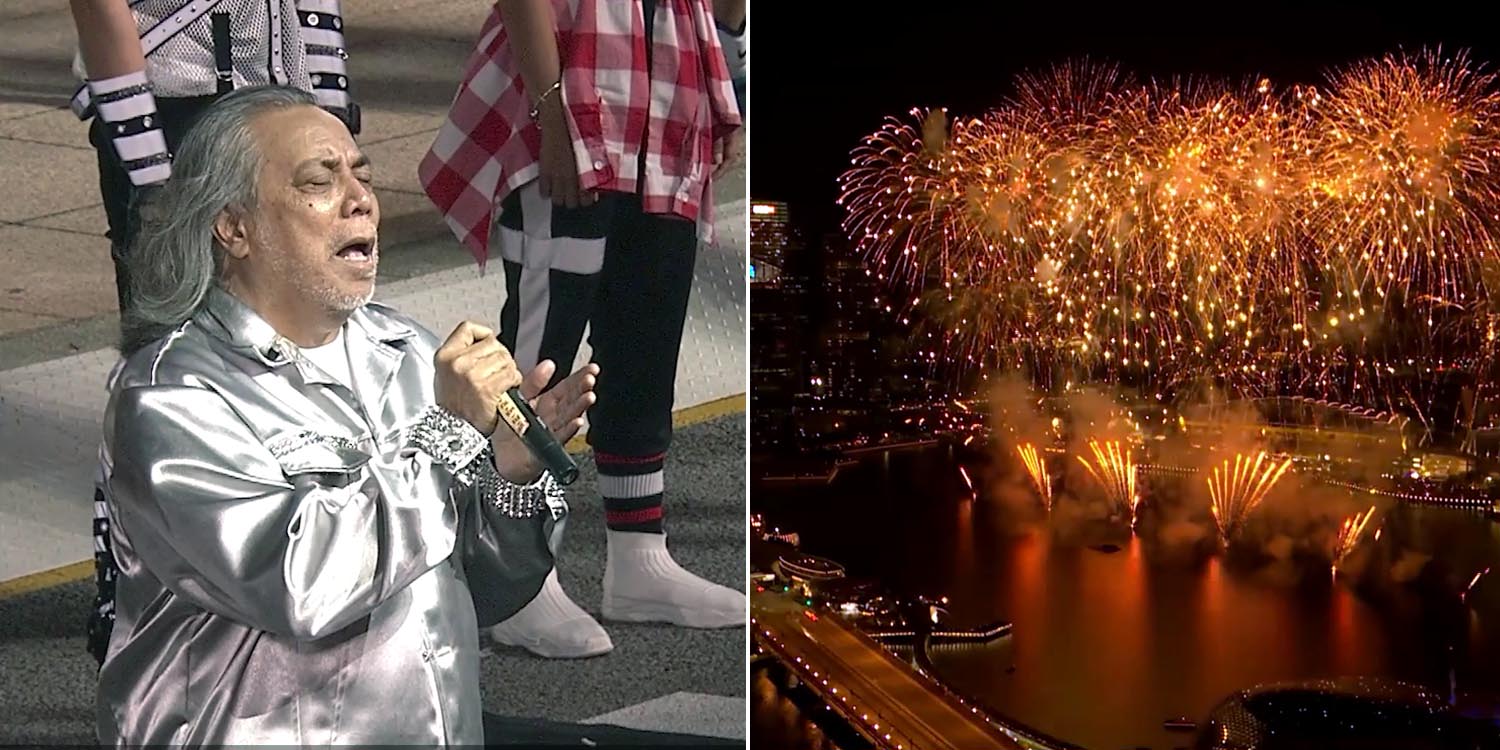 Apart from the roars of fighter jets, recent rounds of National Day Parade (NDP) rehearsals brought something more distinctive to our ears.

They revealed a special rendition of Majulah Singapura, performed by one of the nation’s great, idiosyncratic rock talents Mr Ramli Sarip.

Instead of customary trumpeting at the start, Mr Ramli’s version is bound to tug on your heartstrings the moment the music starts with gentle guitar chords.

So beautiful was his performance, that even some members of the audience were moved to tears — according to Defence Minister Mr Ng Eng Hen’s Facebook post.

A video of Ramli Sarip’s rendition of “Majulah Singapura” at this year’s NDP. Raw, gritty and visceral – it’s soul-stirring to hear, even moving some in the audience during the rehearsals to tears.

During a recent NDP rehearsal, the audience were treated to a special acoustic rendition of Majulah Singapura thanks to Singapore’s “papa rock”, Mr Ramli Sarip.

When it was time to sing the national anthem, many in the crowd were likely surprised to hear the plucking of guitar strings instead of trumpets.

The anthem begins distinctly, as Mr Ramli brings the iconic song to life in his signature low, husky voice.

Fireworks burst in the sky the moment the music swells to an orchestral climax.

The rawness in the way he belts out the second chorus here is presumably the part that brought tears to the eyes of many.

As the camera pans out to show dancers, dressed in vibrant garbs, standing in formation, Mr Ramli then ends the anthem in an unusual fashion.

Instead of building the pitch to end on a high key, he injects a tinge of melancholy by bringing the song’s last word “Singapura” down to a low note.

You can listen to it in the full video here.

This Facebook user said the way Mr Ramli’s way of singing the anthem gave him goosebumps.

Another user wrote in Chinese that she loved Singapore’s national anthem the most.

This user wrote in Malay, “Wow! Something different this year. Feeling spirited for Singapore” with an “aww” emoji.

National anthem with an edge

Mr Ramli’s rendition is truly heartwarming. His gritty voice lends a poignant touch to the national anthem Singaporeans are familiar with.

And at a time polarising issues beleaguer the nation, it’s a timely reminder that songs like Mr Ramli’s Majulah Singapura, has an unusual ability to unite, not divide.