Must Share News – Independent News For Singaporeans
Home News Latest News New Bukit Panjang Bus Services Will Be Rolled Out By LTA, In... 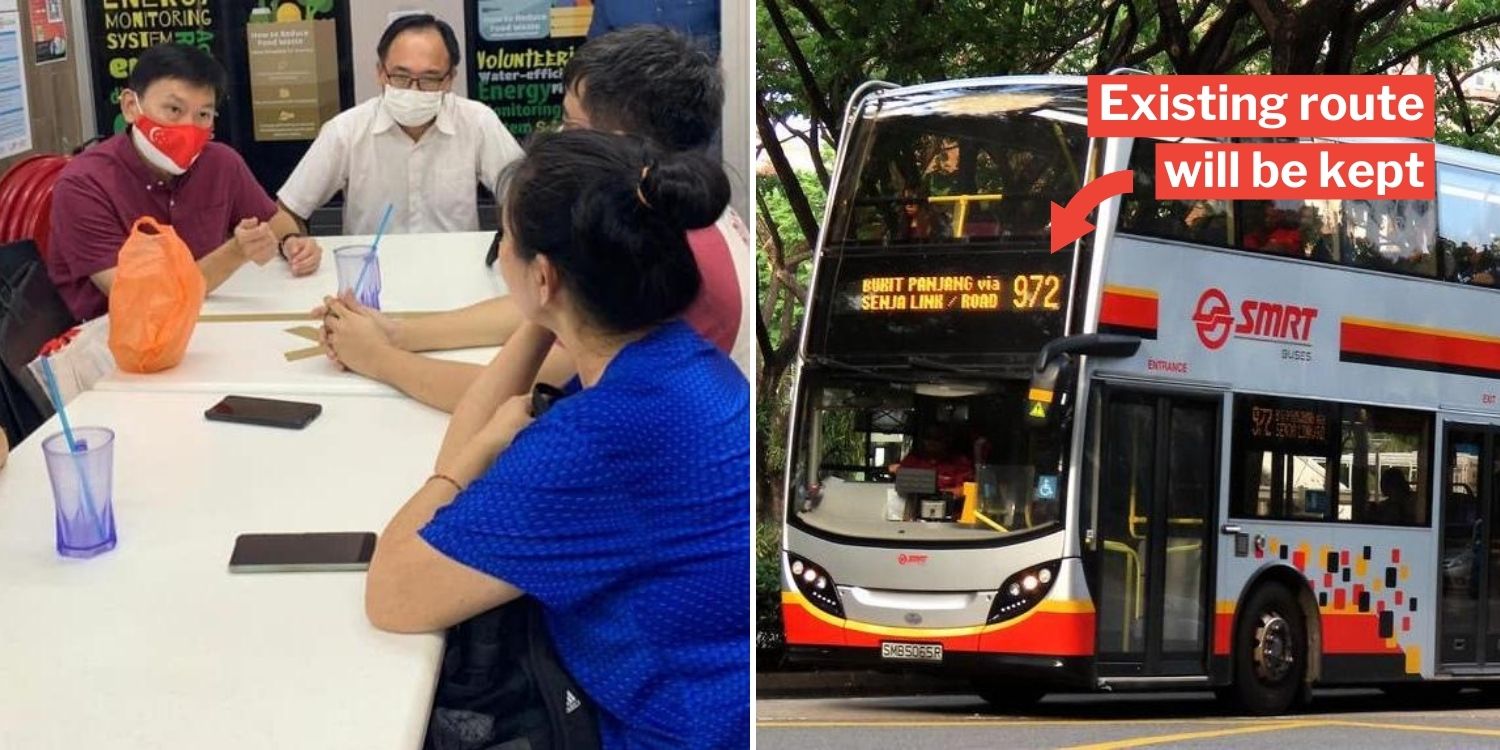 New Bukit Panjang Bus Services Will Be Introduced By LTA, Frequency To Be Increased For Service 973

When changes were announced to 3 Bukit Panjang bus services heading to town, residents were up in arms at the inconvenience that would be caused.

The Land Transport Authority (LTA) stood its ground, saying that based on the fall in ridership of some bus services, it’s not prudent to use public funds to subsidise them.

The uproar got so heated that MPs for the area met the LTA to work out solutions. Finally, some solutions have been announced. The LTA will roll out 2 modified bus services and increase the frequency of another to mitigate the inconvenience caused by the amendments of others. 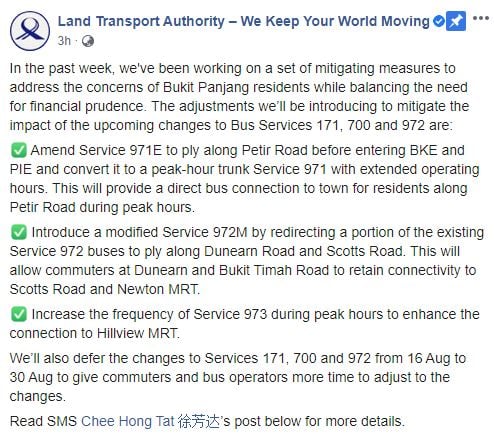 The mitigating measures result from listening to residents’ concerns over the cancellation of 700, shortening of 171 and lengthening of 972, LTA said.

They also were made in mind of the need for financial prudence.

Hence, 3 more service adjustments have been agreed on. However, it didn’t service residents on Petir Road, who now take 700 to town instead.

With the cancellation of 700, Petir Road residents would be left high and dry with no services to town.

Thus, the LTA is rolling out new service 971, which is a lengthening of 971E.

The new service will pass the same areas as 971E, but also pass through Petir Road before entering the expressway. 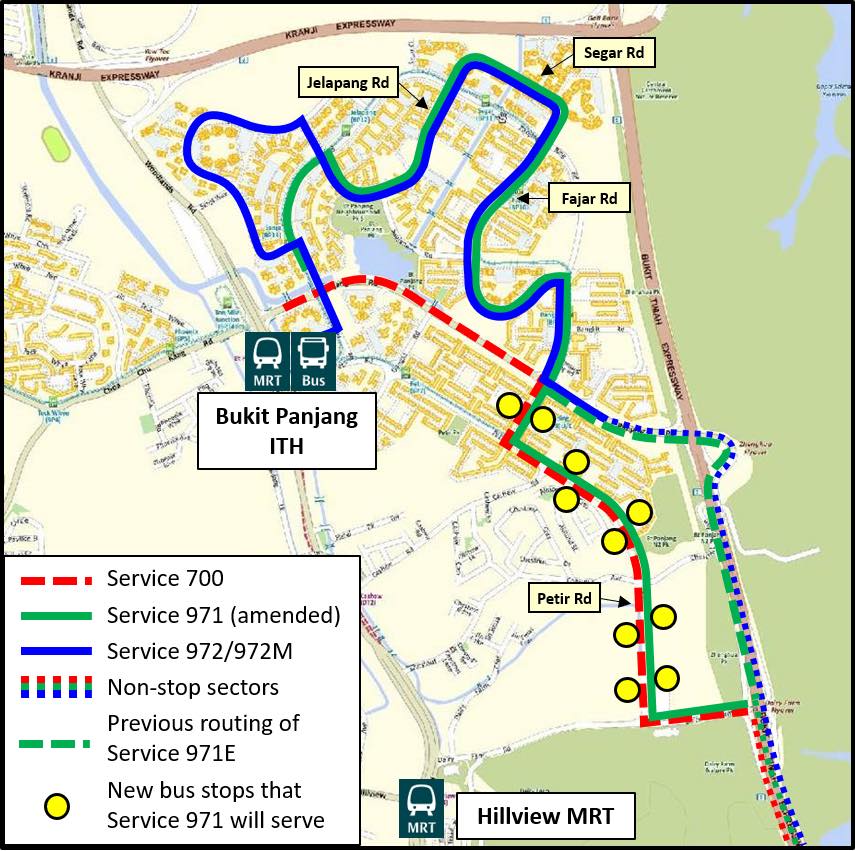 The new service 971 will be a peak-hour trunk service, compared with 971E, which was a peak-hour express service.

Hopefully, that will make up for the longer journey for residents in Jelapang, Segar and Fajar roads.

Regular patrons of service 972 had lamented that the proposed new route that passes through Dunearn Road and Newton MRT will make the journey longer.

So good news for fans of service 972, the existing route will not be amended after all — 972 will still pass through Stevens Road on the way to town. 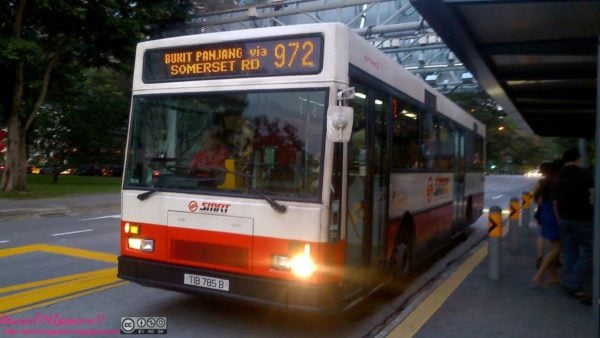 There will instead be a new service 972M that is almost like 972, but a variant: It will pass by Dunearn Road and Newton MRT.

Thus, it can be said that commuters on 972 can have their cake and eat it — they can take the normal 972 to town, or 972M if they want a connection to Dunearn Road and Newton MRT. 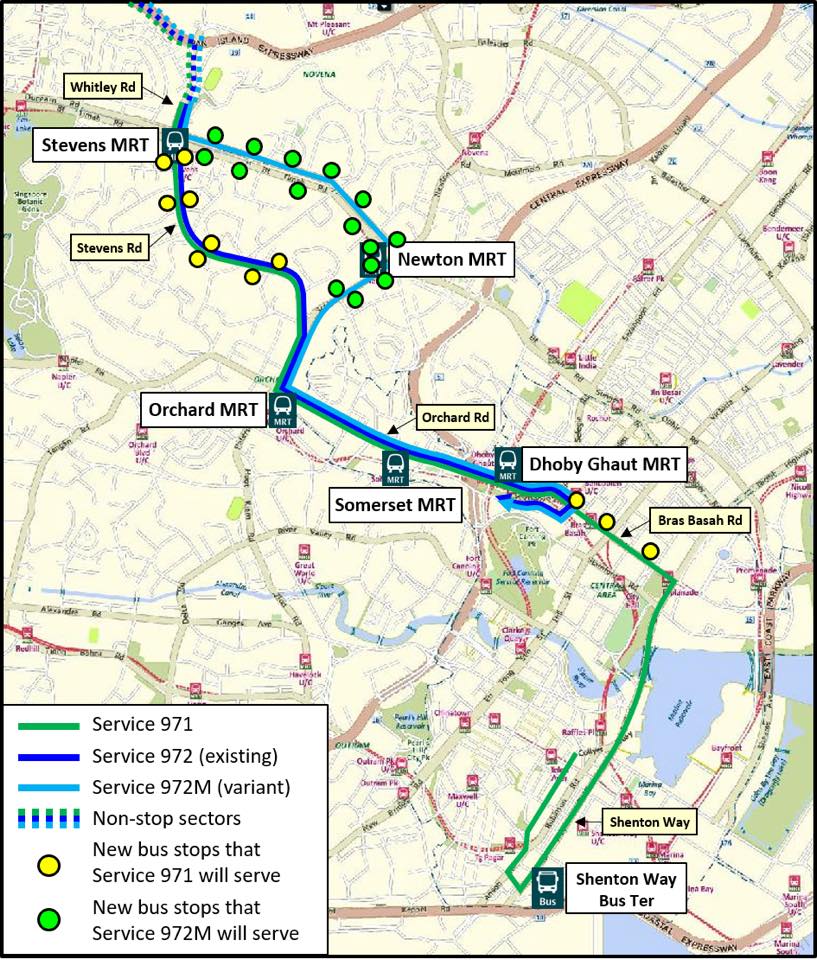 However, this arrangement may increase the waiting times between buses for 972 and 972M.

To manage this, more buses will be added to services 972 and 972M during peak hours, so that waiting times will be cut and crowding will be alleviated.

Commuters are advised to use bus service apps to check on waiting times to better plan their journeys.

To facilitate better connectivity for residents to Hillview MRT, LTA will increase the frequency of 973 during peak hours. Original changes to be delayed till 30 Aug

The controversial original changes, which included the scrapping of 700, were originally set to be implemented at the end of this week, on 16 Aug.

They will now be delayed till 30 Aug.

This is to allow commuters and bus operators more time to adjust to the changes, LTA said.

Changes agreed on after meetings

The new services and changes were also explained in greater detail by Senior Minister of State for Transport Chee Hong Tat in a Facebook post on Thursday (13 Aug). 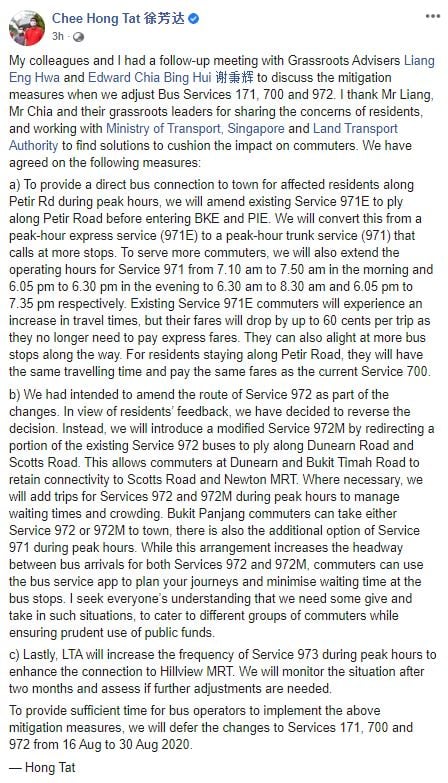 Mr Chee said the changes were agreed upon after a meeting he had with MP-elects Liang Eng Hwa and Edward Chia.

Grassroots leaders had worked with the LTA and the Ministry of Transport on the arrangements over the long weekend, said Mr Chee in an earlier Facebook post made on 8 Aug. 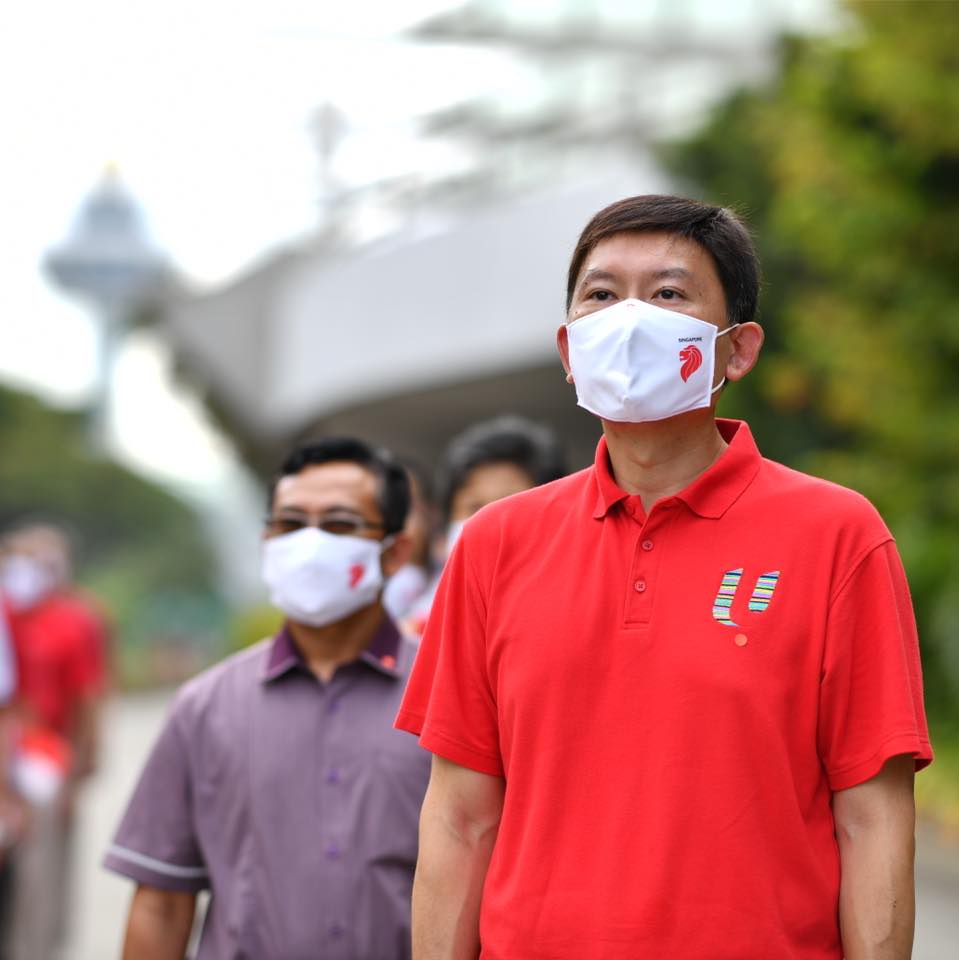 A summary of the concerns

From the meetings, Mr Chee found that residents were mad over the cancellation of 700 as they preferred to have a direct route to town, especially during peak hours.

Thus, the new service 971 will help solve this, and the increased frequency of 973 will also help ease their connection to the MRT.

For service 972, residents were concerned over longer travelling time due to the amendment.

However, the residents also admitted the need to cater to residents in Bukit Timah and Dunearn Road.

Thus, the retaining of 972’s usual route and the addition of the modified 972M may help serve both groups of residents.

We’re appreciative that the authorities have listened to the concerns of residents and made the effort to work out a solution that benefits everybody.

There might still be some residents who will find their commutes more inconvenient, but frankly it’s impossible to please everyone as a balance needs to be struck somewhere.

Above all, what we can learn from this episode is that it’s necessary to speak up for positive change.