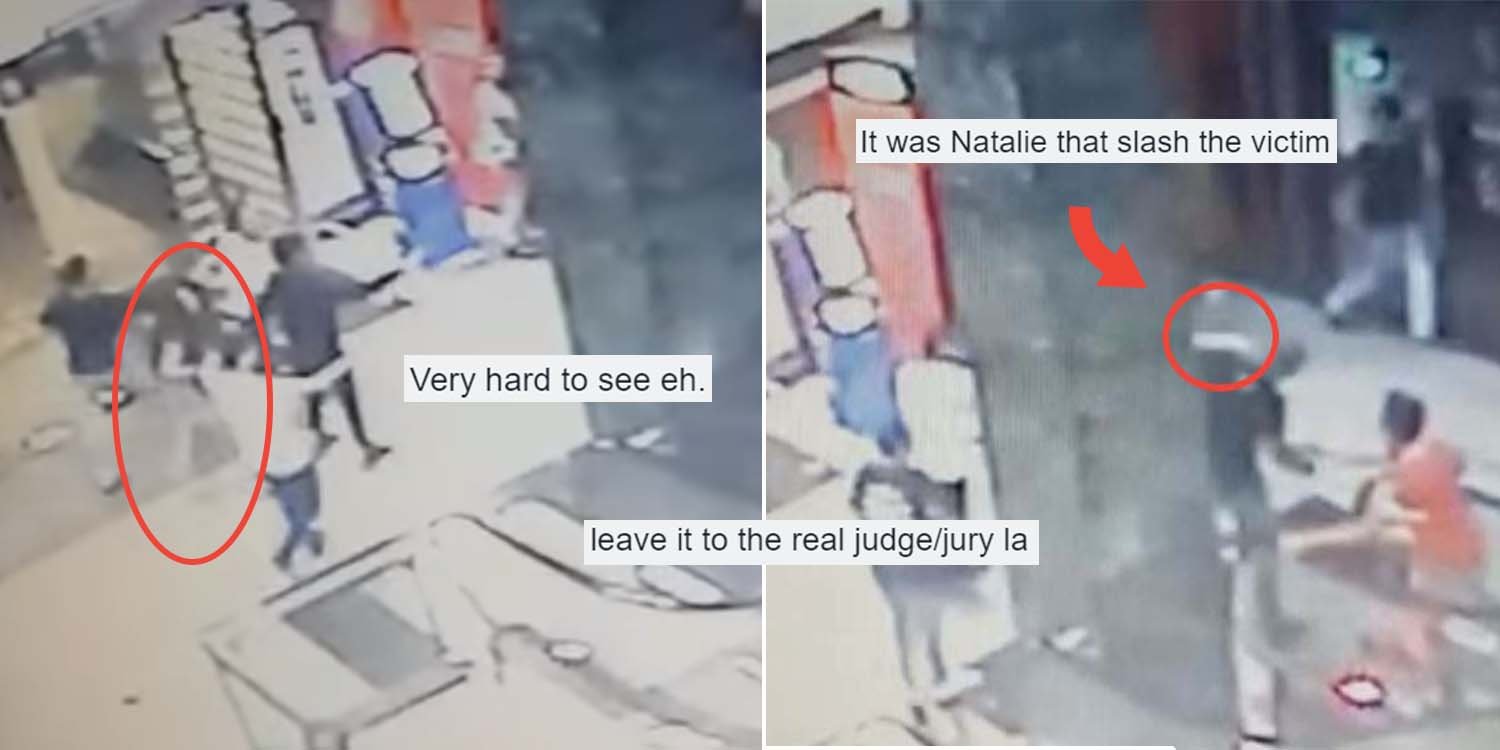 On 10 Jul, a little more than a week after the brawl-turned-murder at Orchard Towers, another video of the incident surfaced. This one was shot – seemingly from a CCTV – from a floor above.

Be warned, this video is slightly graphic in nature.

Since the video’s release, there have been lots of speculations about who slashed the victim’s throat and what weapon was used.

But given the blur of the video, it’s hard to ascertain what really happened. Below, we examine the video more thoroughly and attempt to separate fact from speculation.

For convenience, the earlier video of the fight can be found here.

Timeline of the Orchard Towers murder

First, let’s get the timeline straight.

At around 6.15am on 2 Jul, a group of 10 were seen walking towards the entrance of Orchard Towers. 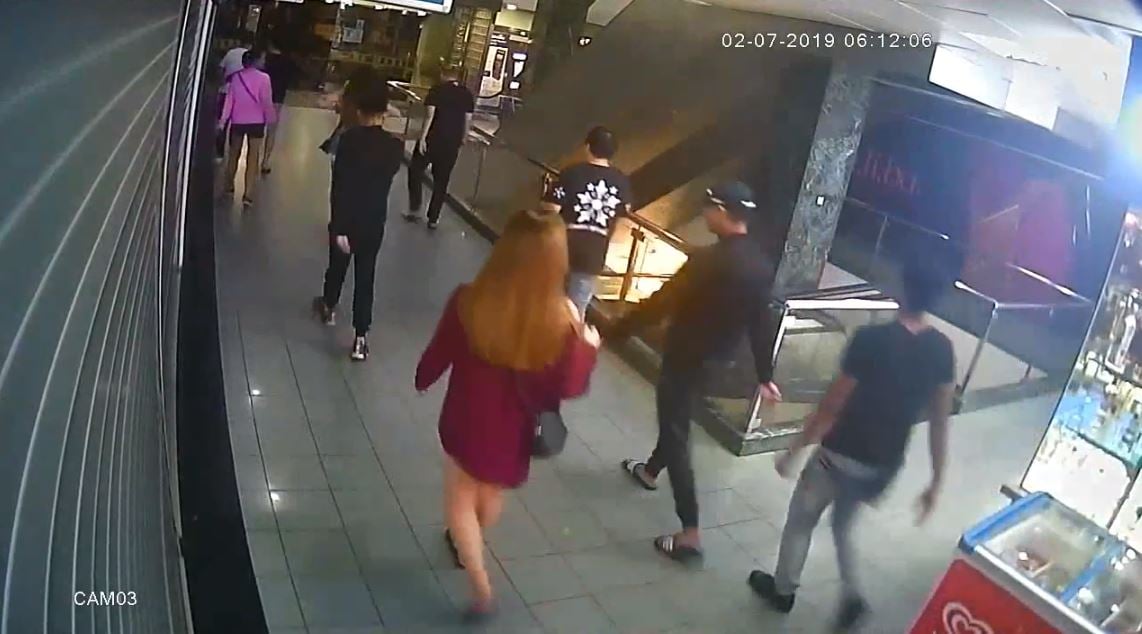 But just as the group was leaving, a man, later identified as 31-year-old Mr Satheesh Noel Gobidass, came down from the escalator and confronted a member from the group. 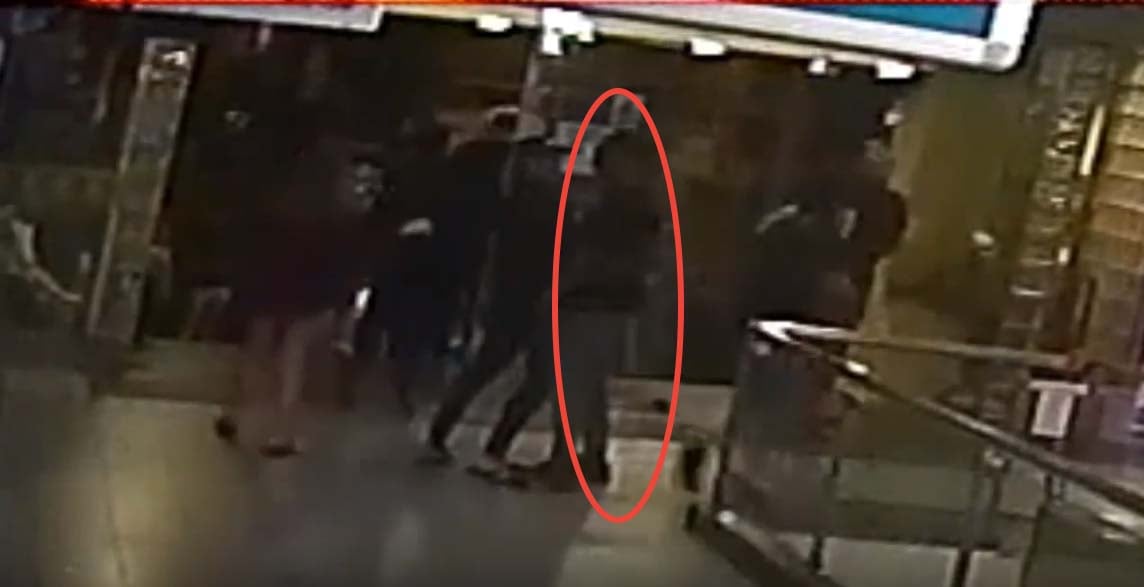 Push became shove and the whole group ran back in to join the fray. 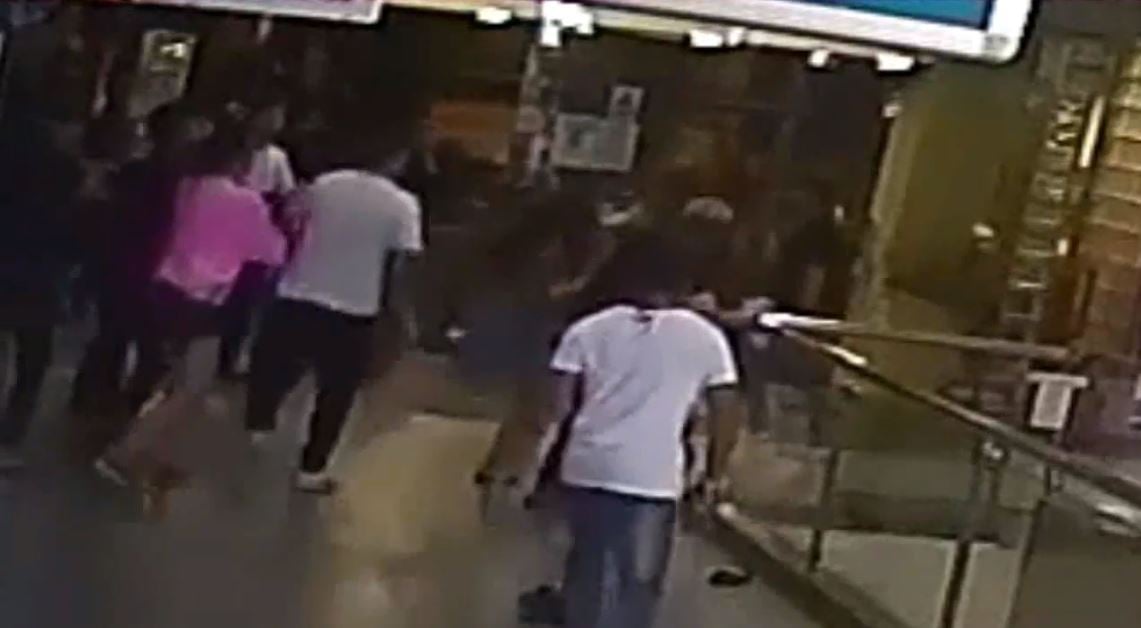 At this point, the brawls moved to the right and outside the frame of video. This is where the second video gives more clarity to what happened.

Mr Satheesh had backed off to the far right. A few swipes at each other and the group turned to leave. 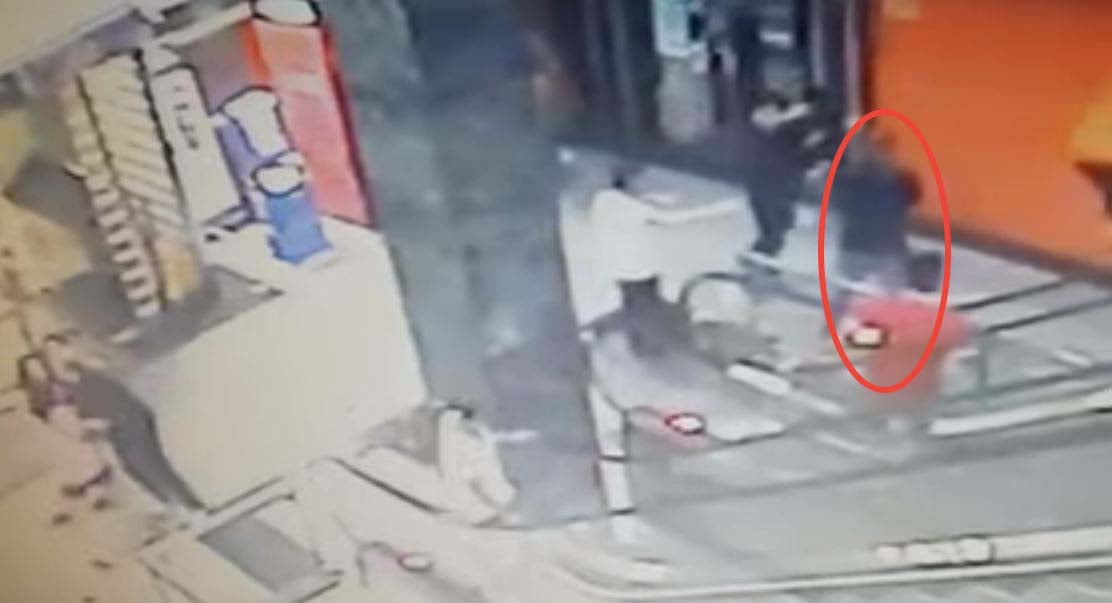 Mr Satheesh followed them to the door before suddenly collapsing, very likely due to excessive blood loss from his neck wound. 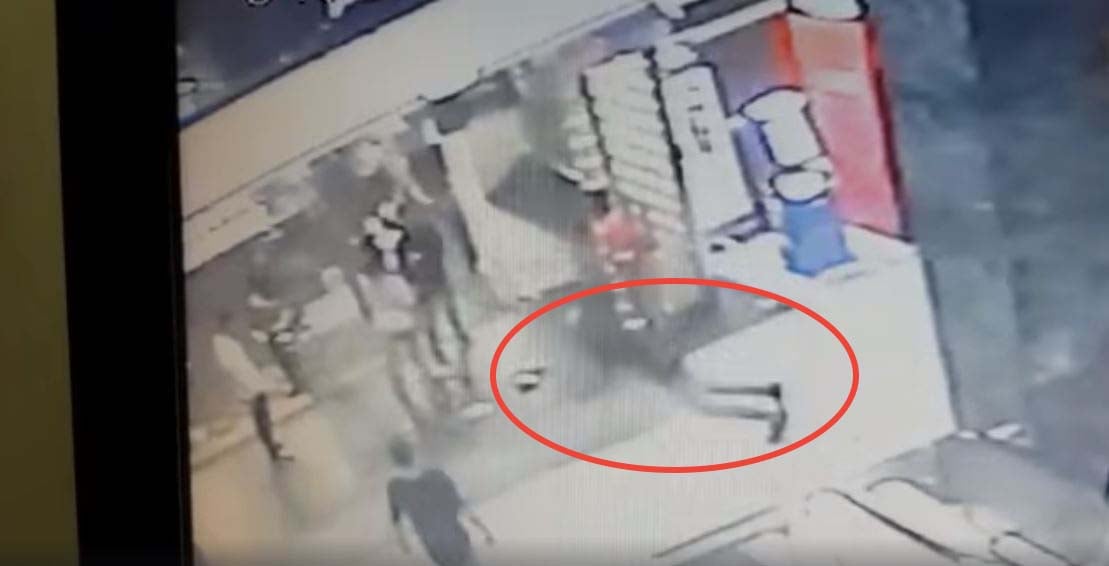 The following day, 7 members from the group were charged:

All of them were initially charged with murder, but the last three had their charges withdrawn on 11 Jul. Instead, they will face 2 new charges — “Carrying offensive weapons in public places” and “Consorting with a person with an offensive weapon”.

There are a number of speculations going around the Internet, which we’ll go through one by one to see if they are plausible.

Most of the focus was on 22-year-old Natalie Siow — seen in the video as the girl with a grey top and denim shorts.

Many netizens seem to think that Ms Siow was the one who had slashed Mr Satheesh.

Most of them explained it through a brief analysis of the CCTV footage. 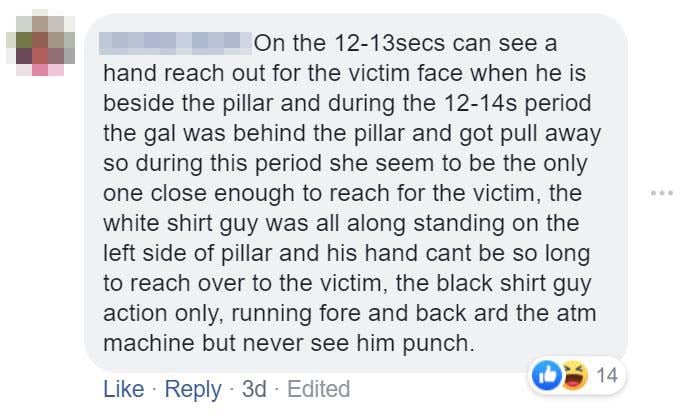 Basically, they argued that Natalie could be seen taking something from her bag and then a few seconds later, lunging towards Mr Satheesh.

They also surmised that since she was being pulled away by her friends, there is reason to believe that she had the knife and was going a little too far.

However, again, the CCTV footage is extremely blurry. We can make guesses with those grainy frames, but in the end, nothing can be confirmed. This is as one netizen pointed out. 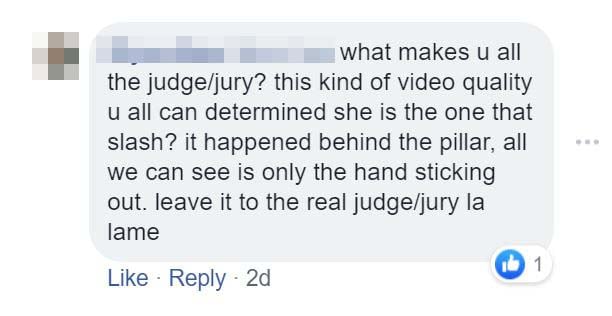 According to CNA, the charge sheets reported that the weapon used was a foldable karambit knife. The weapon, however, did not belong to Natalie, but to Tan Sen Yang. 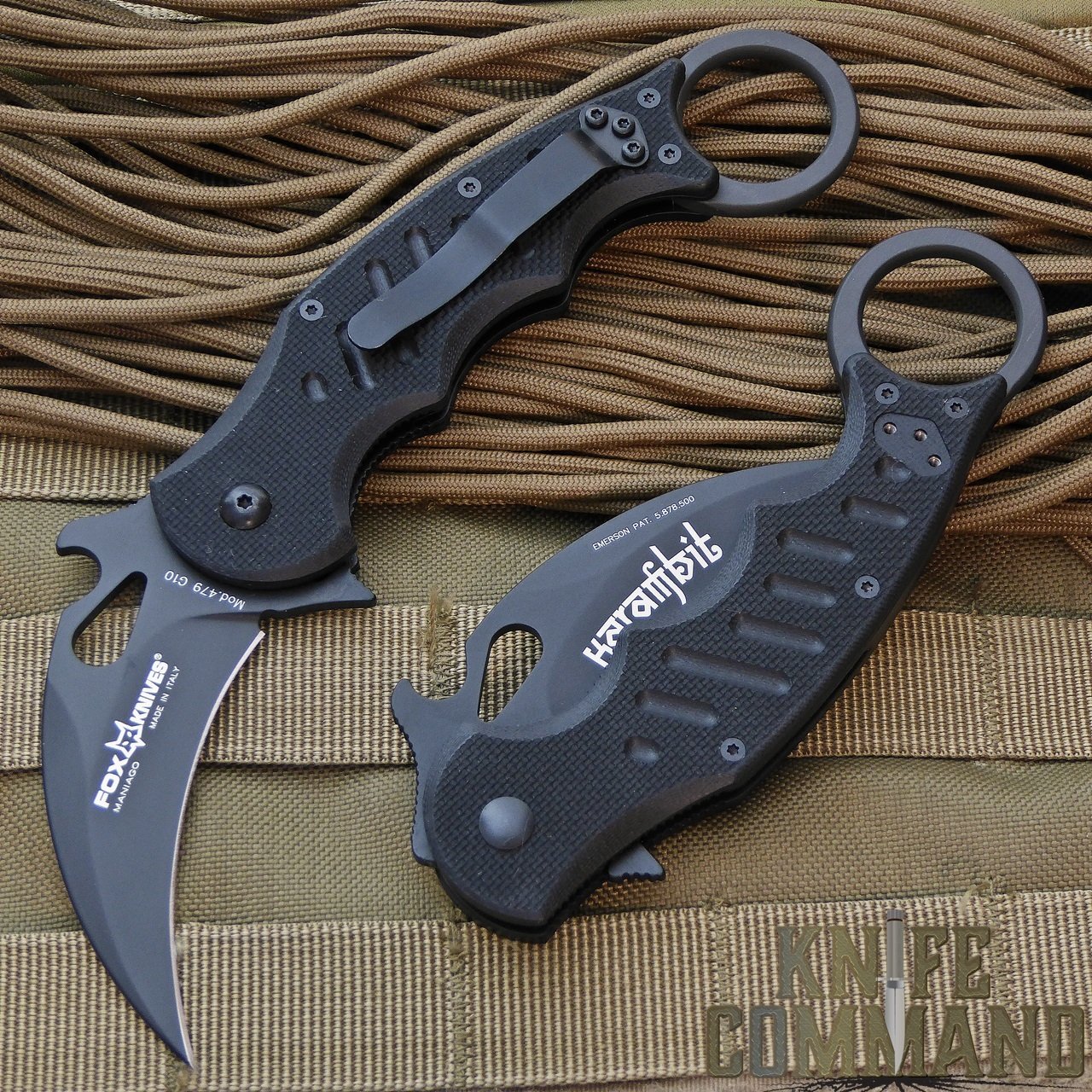 Not the actual knife used
Source

As for the weapon found – whether used in the assault or not – it is in fact, according to charge sheets, a foldable karambit knife.

Verdict: Fact (according to charge sheets)

Since the knife belonged to Tan Sen Yang, one netizen suspected that maybe he was the one who delivered the fatal slash. 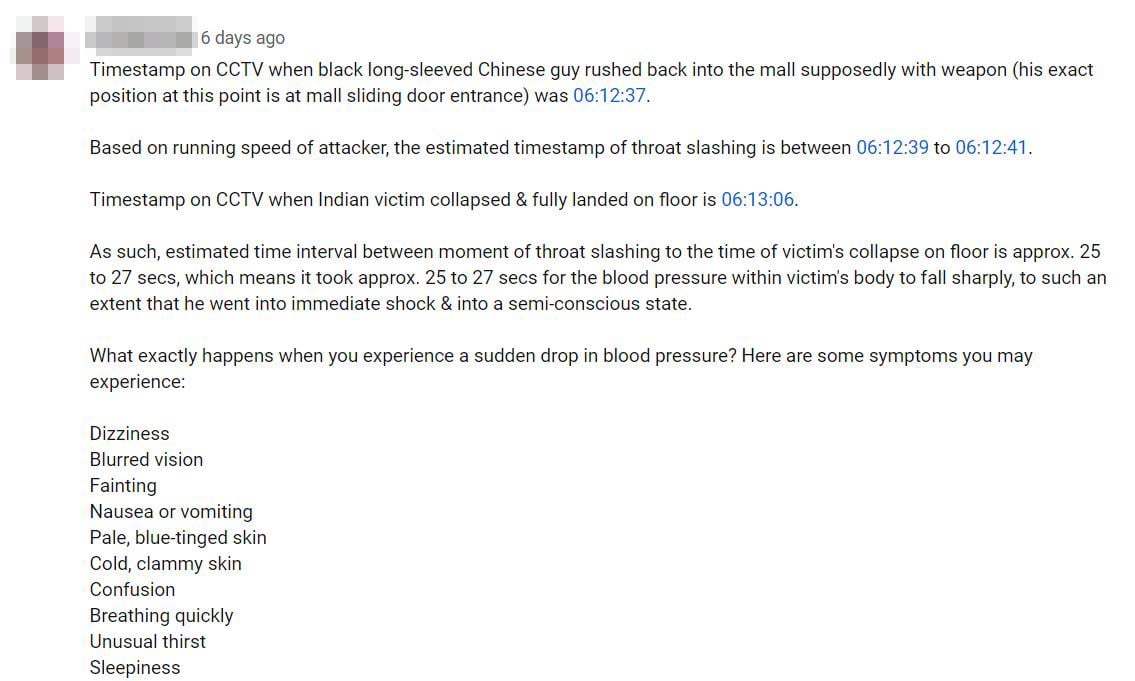 If you look at the video footage, you’ll see a man wearing a black cap and a black, long-sleeved t-shirt running towards Mr Satheesh. However, it remains unclear if that man is actually Tan Sen Yang. 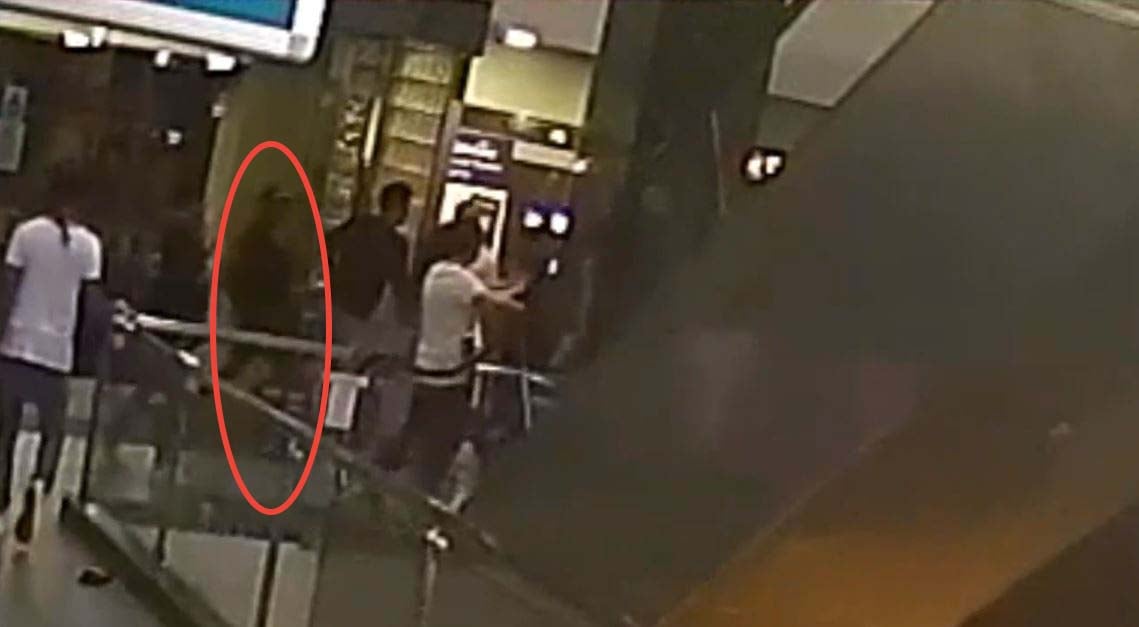 Here is the same man from the second footage shot from above.

Unfortunately, the resulting clash happened behind the pillar and so again, it is impossible to say who slashed Mr Satheesh — or if it was really at that time, and not earlier, that he was slashed.

Yes, it seems obvious that the Mr Satheesh had suffered a serious wound to his neck and bled profusely from it, eventually leading to his death.

One netizen even explained what happens after a person gets his or her throat slit. Essentially, the slit can sever any of these 3 things — the trachea, which allows the passage of air to and fro your lungs, carotid arteries, which supply blood to the brain, and the jugular veins, which allow blood to flow from the brain. These information can be found on medical pages like WebMD.

If the bleeding is not stopped, the person will fall into unconsciousness – usually under a minute – and eventually die. 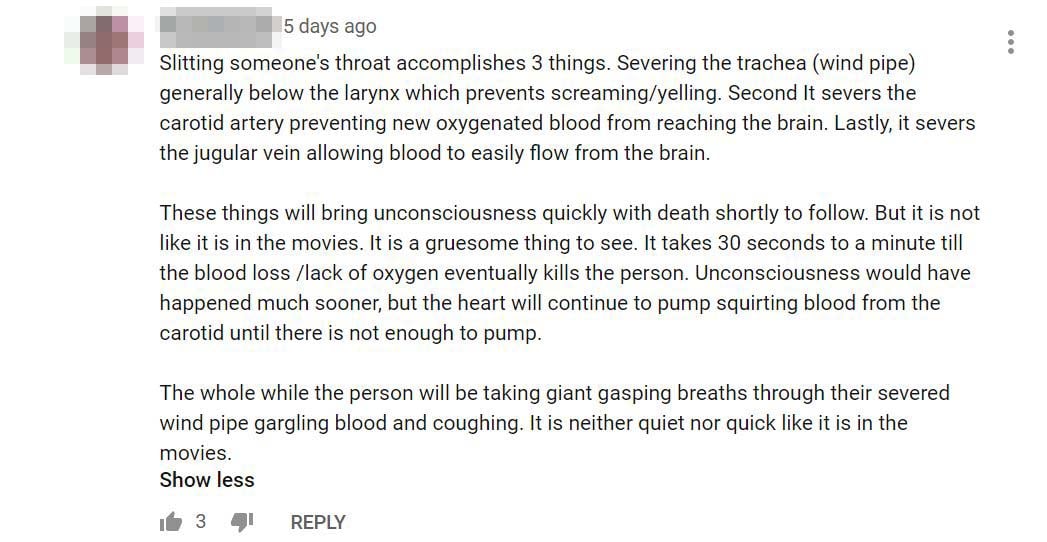 The science behind it is gruesome indeed. And Mr Satheesh did lose a lot of blood, which diposes us to suppose that his neck wound was the fatal cause.

However, there is a very slight chance that he could have suffered other injuries prior to the neck wound that contributed to his death too. So until the coroner’s report is out, we should refrain from speculating the precise cause of death.

4 out of 7 currently on death penalty

As of 11 Jul, 4 members of the group – Natalie Siow Yu Zhen, Joel Tan Yun Sheng, Tan Sen Yang and Ang Da Yuan – are still being charged with murder, which carries a death penalty.

The remaining 3 have had their murder charges withdrawn and instead are being charged with consorting with a person with a dangerous weapon, Tan Sen Yang.

If found guilty, they will face a maximum of 3 years in prison and at least 6 strokes of the cane.

The case is still being investigated. So in the meantime, let’s avoid speculation. Blurry CCTV footages can only tell so much of the story.