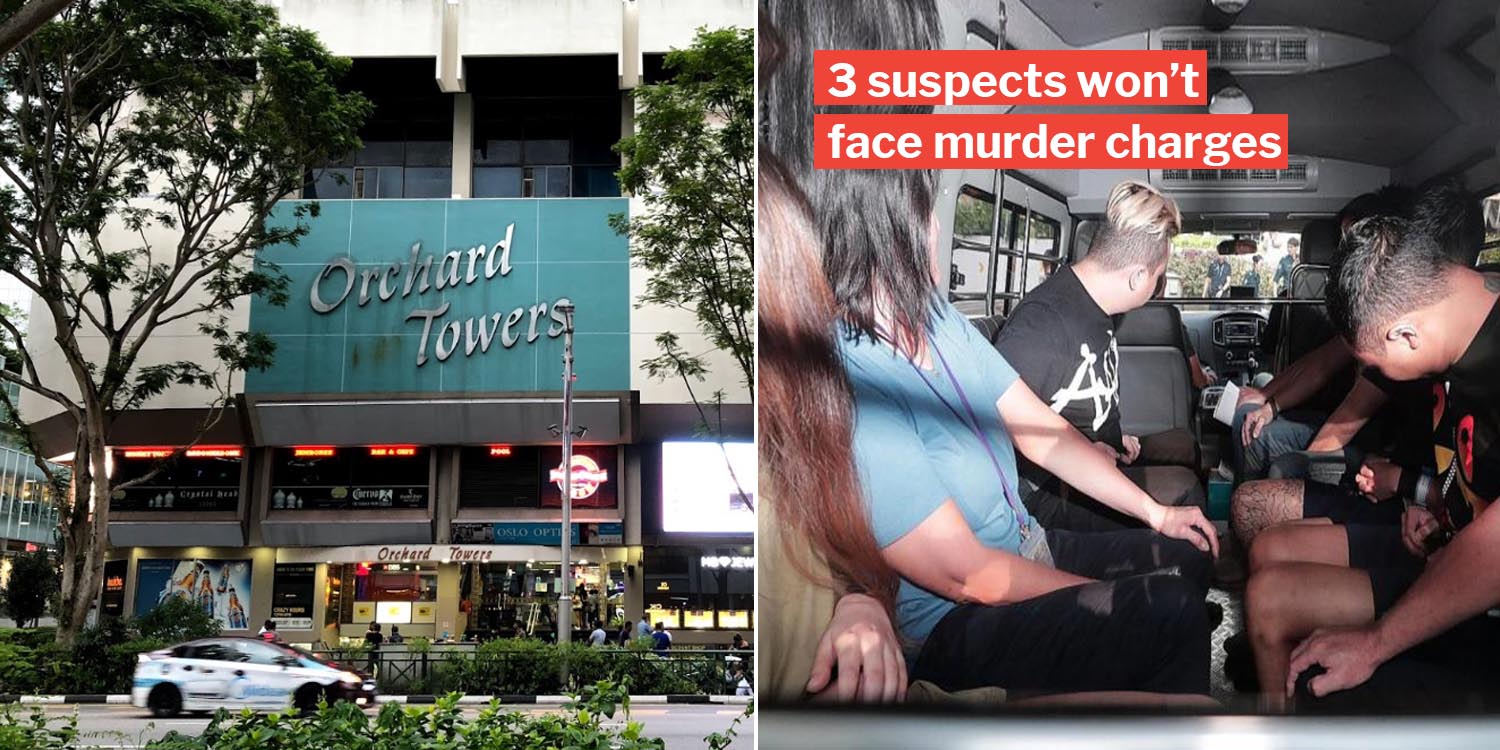 4 out of 7 suspects will be charged for murder.

The shocking murder that unfolded at Orchard Towers in the early hours of that fateful Tuesday (2 Jul), gripped our nation.

7 suspects were charged for the murder of Mr Satheesh Noel Gobidass, aged 31 years old. Now, 3 of them have had their murder charges withdrawn, after further investigation. 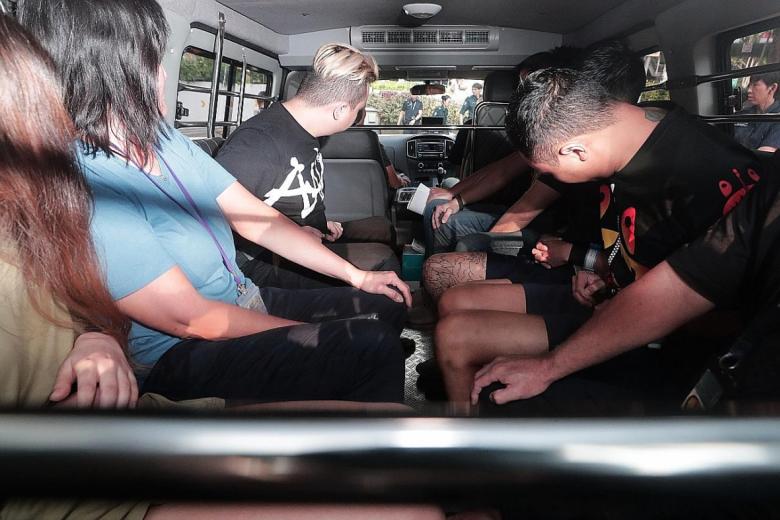 The male suspects involved are:

Instead of a murder charge, the trio now face 2 new charges which were read together in the same setting, reports Channel NewsAsia.

The 3 suspects with withdrawn charges will not be able to contact their “co-accused and accomplices” or the witnesses from the prosecution’s side.

As for the 4 other suspects, they have been accused of “murder with common intention”.

Lawyer Josephus Tan – famous for taking on challenging criminal cases pro-bono – will be involved in the defence of Hong Sheng and Chan.

To recap the case, the alleged murder of Mr Satheesh occurred on 2 Jul at around 6.30am, within Orchard Towers.

Mr Satheesh’s last walk before collapsing due to his injuries was captured from multiple angles in chilling footage uploaded on social media.

The remaining 4 accused of murder allegedly formed “an unlawful assembly” and plotted to collectively hurt Mr Satheesh — resulting in his untimely passing.

Despite a swift emergency response to resuscitate the injured man, Mr Satheesh remained motionless at the scene and was sadly “pronounced dead” at the hospital.

Orchard Towers murder suspects to be assessed by psychiatrists

Of the remaining 4 murder suspects, Tan Sen Yang will be remanded – as per the prosecution’s request – for “other offences”.

Mr Joel Tan and Mr Ang Dayuan will receive an official assessment from a psychiatrist at Changi Medical Complex. 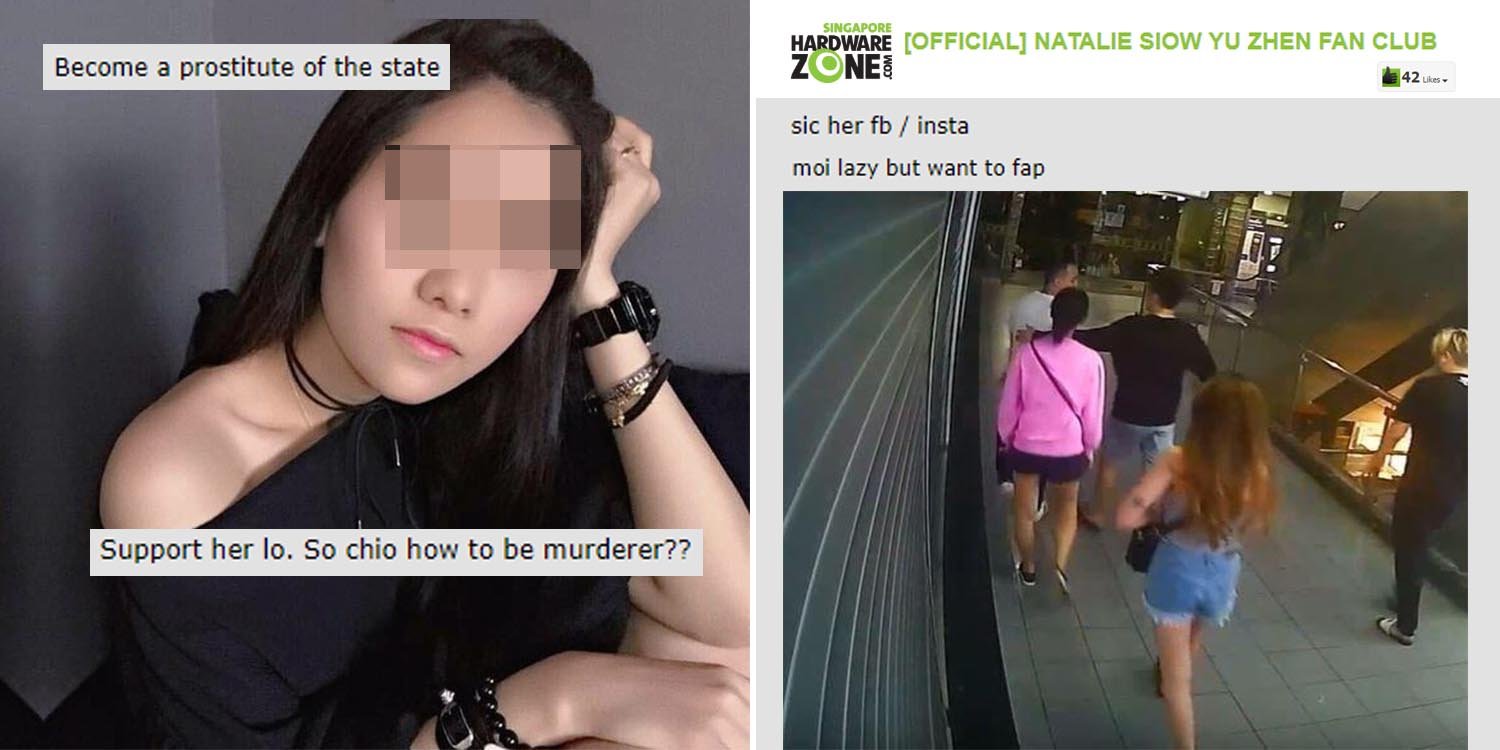 As for Ms Natalie Siow, she will be remanded at Changi Women’s Prison for 3 weeks, before she gets her “psychiatric assessment”. She recently made headlines for a fanclub made to renounce her murder charges due to her “good looks”.

For the charges of murder, if the remaining 4 Orchard Towers suspects are convicted, they could face the death penalty.

As for the other 3, they face up to 3 years’ jail and 6 strokes of the cane for wielding offensive weapons in public.

We send our sincere condolences to Mr Satheesh’s family, and hope that they will find solace in the upcoming investigation, so he may receive justice.

Featured image from The New Paper and Google Maps.