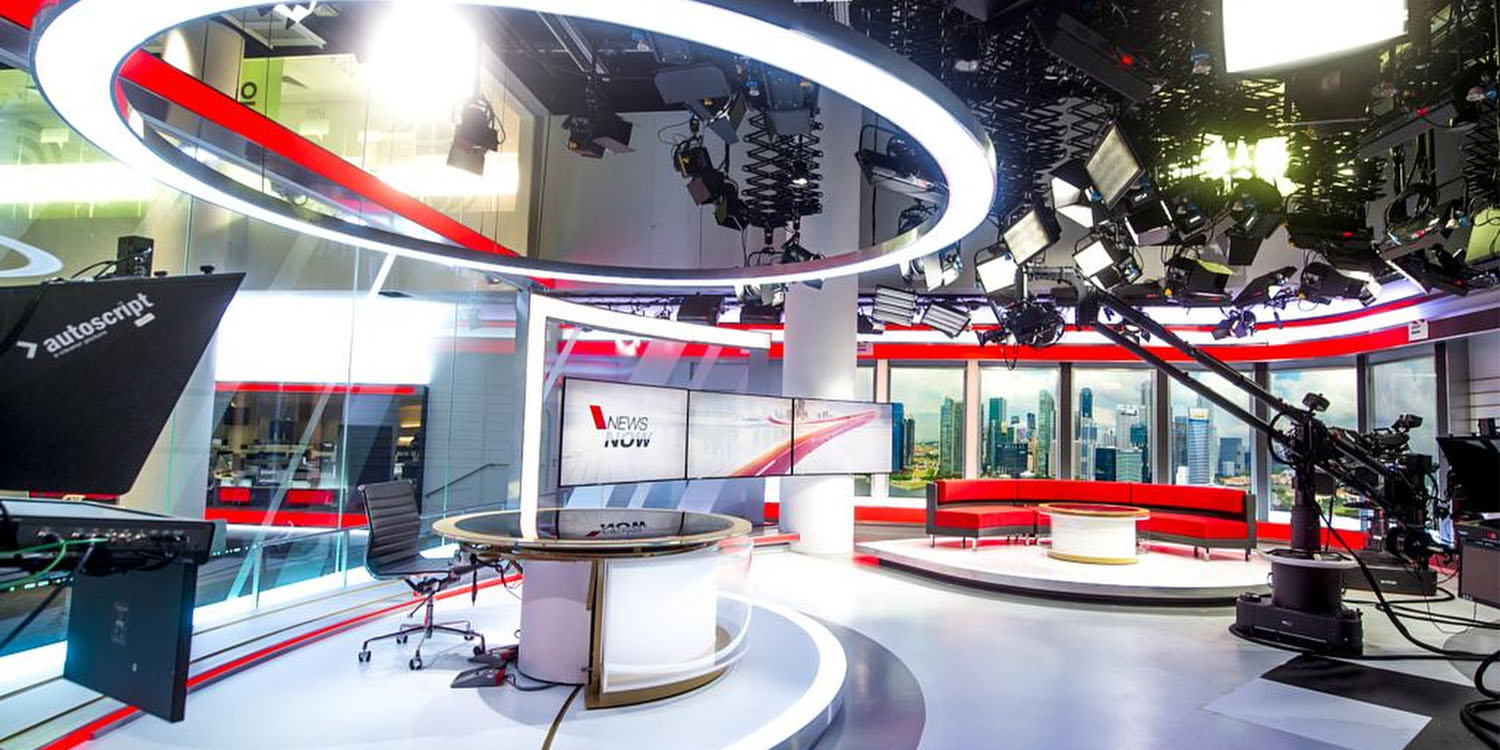 CNA Wins Channel Of The Year, PM Lee Congratulates Them On Facebook

There are many things Singapore is known for, some stereotypical and others we can be proud of. Our mainstream media hasn’t always been one of these things.

However, Channel NewsAsia (CNA) has steadily but surely established itself as one of Asia’s leading news sources.

On Friday (13 Nov), the United Kingdom-based Association for International Broadcasting (AIB) named CNA the Channel of the Year, beating out noted international media divisions from BBC and CNN.

Prime Minister Lee Hsien Loong congratulated the Mediacorp-owned group on 18 Nov, stressing the need for a trusted news source in these “fragmented and sometimes fractious” times in terms of media. 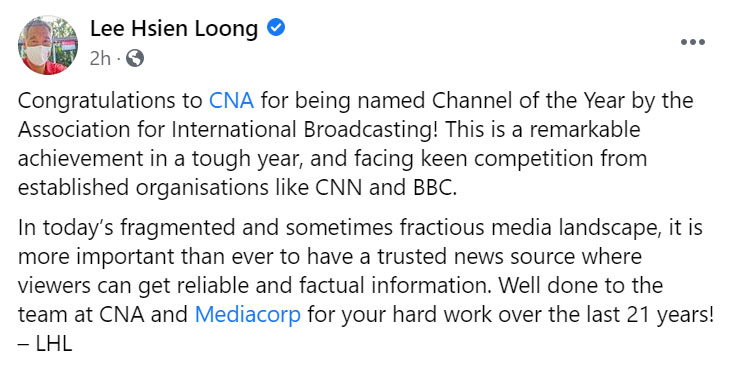 PM Lee congratulates CNA on winning Channel of the Year

CNA were up against the following:

Most, if not all will be familiar with both the BBC and CNN in particular.

CNA was formed by Mediacorp in 1998, and claims to be positioned to “Understand Asia”, with a focus on international news through Asian lens. Closer to home, CNA also has extensive coverage of Singapore affairs, and many Singaporeans receive their news from them through its diverse channels.

PM Lee said it was important that we have a news source where viewers can get reliable and factual information, and commended the team for their work over the last 21 years.

In their announcement, the AIB commended CNA for its “clear and coherent news editorial values”, as well as their extensive use of local correspondents. 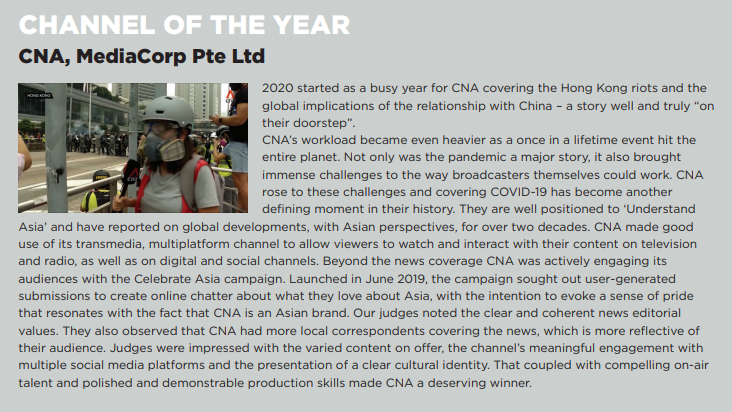 Overall, the judges said there was a clear cultural identity with meaningful engagement with multiple social media platforms, as well as a variety of content.

These days, with almost anyone able to set up a website and report on news, we are, or at least should be, increasingly wary of where we get our news from.

CNA has, with their Channel of the Year win, definitely proven themselves more than capable of bringing news from around the world through the eyes of local correspondents.

As PM Lee notes, this is the time where we need a reliable news source.