Must Share News – Independent News For Singaporeans
Home Inspiration Woman Gets Flak For Riding Mobility Aid At MRT, She Needs It... 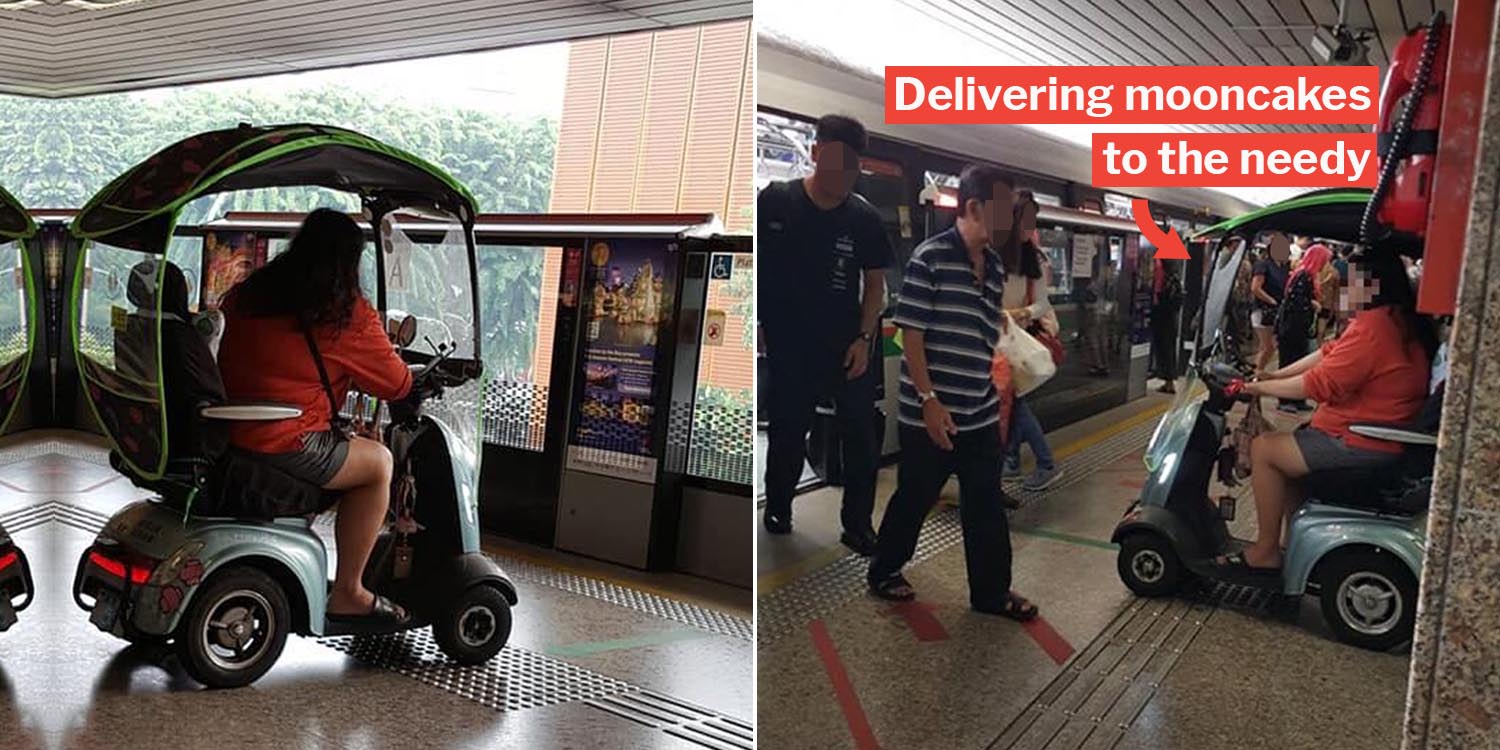 On Friday (13 Sep), pictures surfaced on Facebook showing a lady riding a sizeable PMA on an MRT station platform. 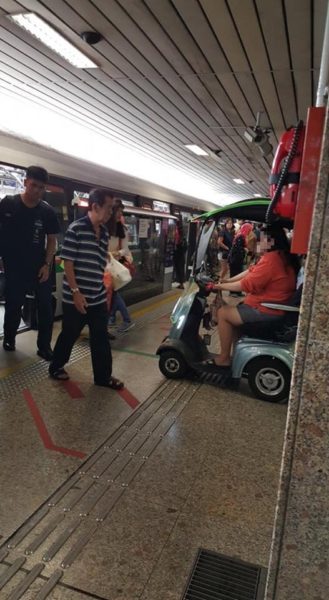 The pictures drew flak from netizens, who questioned how such a large mobility device can be allowed at an MRT station.

Later that day, the lady in the pictures responded to the criticism. She explained that she had difficulties getting around due to past injuries. 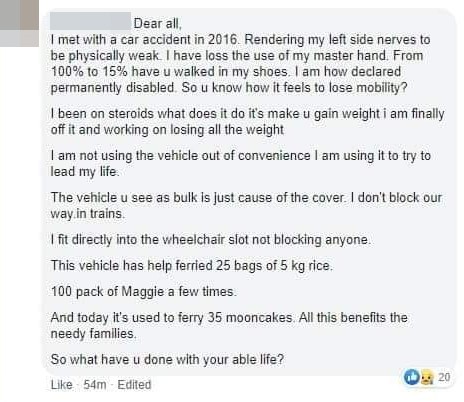 She also pointed out that since she has walking difficulties, she needed to use her PMA to deliver mooncakes to the needy.

Photos of the woman on a PMA was uploaded on several Facebook pages, including SG Road Vigilante. Their post has over 200 shares at the time of writing.

The pictures show a lady in red riding a light blue PMA with a green-black ‘roof’, presumably waiting for the train to arrive. The location of the MRT station was not known. 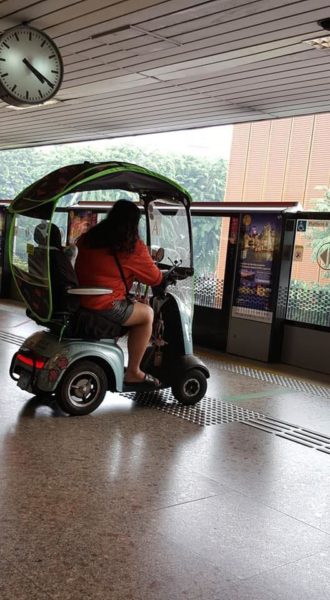 The pictures received a fair amount of disapproval. Many netizens were confused, asking how such a large-sized mobility device was allowed on the MRT platform.

Later that day, the woman named Ms Ong, responded to her critics.

Ms Ong revealed in a Facebook comment that she gotten into a traffic accident back in 2016. During the accident, she suffered whiplash, which resulted in some physical limitations:

She also showed proof that she is in possession of a Disabilities Concession Card, which helps to keep public transport fares affordable for people with disabilities. 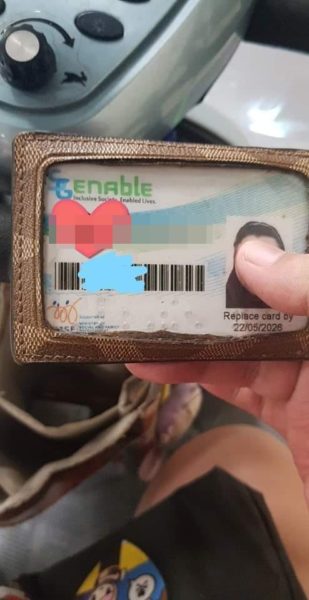 Ms Ong also happens to be the co-founder of a local organisation named Project Love Lunch.

According to its Facebook page, the group hopes to eradicate child hunger by providing 1 meal per day to needy kids.

In her Facebook comment, Ms Ong revealed that she was delivering mooncakes to needy families the day she was photographed on the MRT platform, which happened to be Mid-Autumn Festival.

PMAs are not subjected to weight and width restrictions

According to the LTA, PMAs are designed for the elderly and handicapped. They are different from PMDs like e-scooters given their slower speed.

Ms Ong’s device, as featured in the viral photos, seems to resemble the “Mobility Scooter” in this LTA poster. 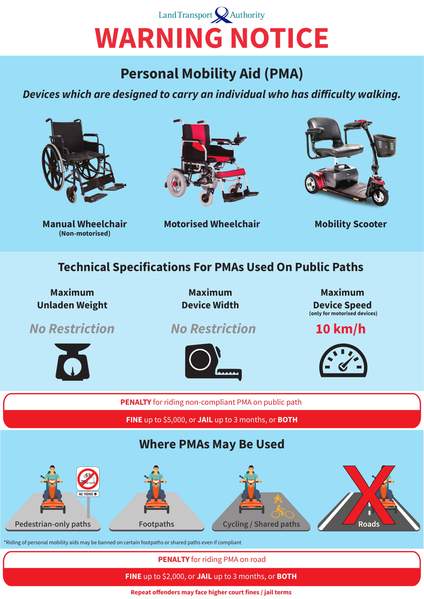 The same notice also states that PMAs can be used on:

Meanwhile, we presume netizens were inclined to disapprove of Ms Ong’s PMA at the MRT platform, because of a rule that specifies e-scooters and bicycles are to be folded to a maximum dimension of 120 cm in length, 40 cm in width, and 70 cm in height. What about for PMAs like mobility scooters and electric wheelchairs then?

Well, PMAs and PMDs are subjected to different levels of restrictions from the authorities.

PMAs, unlike PMDs, are not subjected to weight and width restrictions set out by the LTA. They have to, however, adhere to a maximum device speed of 10Km/hour.

If there’s 1 lesson to be learnt from this incident, it’s surely that we shouldn’t jump to conclusions without learning the full story.

Kudos to Ms Ong for her determination to help the less fortunate during a special day like Mid-Autumn Festival, despite suffering from physical limitations of her own.