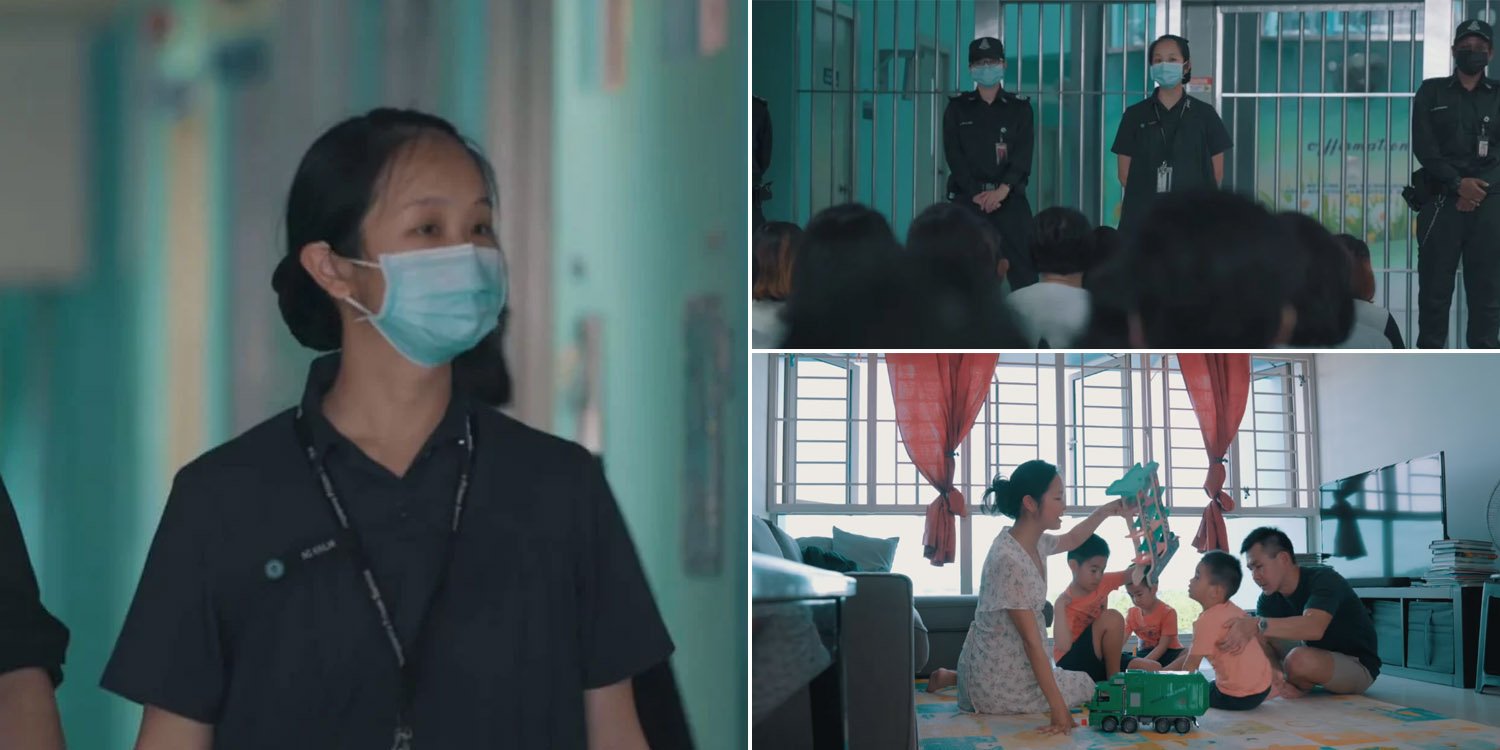 Pregnancy might feel like an extremely vulnerable time for some women, who may choose to withdraw from their usual activities. But prison officer Superintendent (Supt) Kailin continued with her usual routine which includes running 5 times a week and reporting for work at a female prison.

In a video posted by the Ministry of Home Affairs (MHA), Supt Kailin reflected on some memorable moments in her career and how she juggled motherhood with work.

Supt Kailin’s job is no ordinary one. Being the Superintendent of Institution A4, the only female prison in Singapore, she manages a team of 99 female officers and looks after about 1,000 inmates.

While pregnant with her 4th child, Supt Kailin said she continued running 5 times a week, per her usual routine.

According to her, the endorphins produced while running help her achieve clarity of mind.

She also continued reporting for work, supervising a team that looks after inmates and ensures they receive the necessary help so they do not re-offend.

Working in an all-female environment, Supt Kailin says she must be careful not to bring ’emotional baggage’ home whenever the inmates confide in her.

The first involved a ‘disruptive’ foreign inmate who many officers struggled to connect with and understand.

Supt Kailin decided to take up the challenge of managing her. She did this by engaging her intensively, and being there whenever she needed someone to talk to.

After she realised she was being heard and that there were people around her who cared, the inmate softened.

She also acted out less frequently and was reportedly in a much better position upon her release.

Sometime after, she sent a thank you card to Supt Kailin and her team, thanking them for trusting and helping her throughout her time behind bars.

Another memorable moment for Supt Kailin happened during the Covid-19 pandemic when she and her team had to conduct swab tests for all staff members and inmates.

This was apparently the first time a prison institution had to undergo such a large-scale testing exercise.

Despite the challenge, Supt Kailin was especially touched when she saw her team stepping up to ensure the process was done safely while managing the inmates.

Outside work, Supt Kailin spends most of her free time with her 3 boys.

Despite her experience managing female inmates, she joked that she’d needed some training to take care of her 4th child, a girl.

As with all working mothers, the thought of being a full-time mum has also crossed Supt Kailin’s mind.

However, she and her husband have come to an agreement that the critical role she plays in the prison institution is equally important, on top of the familial role she plays.

Supt Kailin has since given birth to her 4th child.

No easy task to juggle family while running prison

The responsibilities that come with overseeing a prison are no easy tasks, especially for a pregnant woman who has to juggle between family and work.

We take our hats off to Supt Kailin for her tenacity and hope others, both male and female, will be inspired to do their best no matter their circumstances.

Meanwhile, our hearty congratulations go out to her and her family for welcoming their new addition. We hope the baby grows up healthily and will take inspiration from her mother.

Featured image adapted from Ministry of Home Affairs on Facebook.