Last Thursday (21 Nov) was a big day for many Primary 6 students as they received their Primary School Leaving Examination (PSLE) certificates. 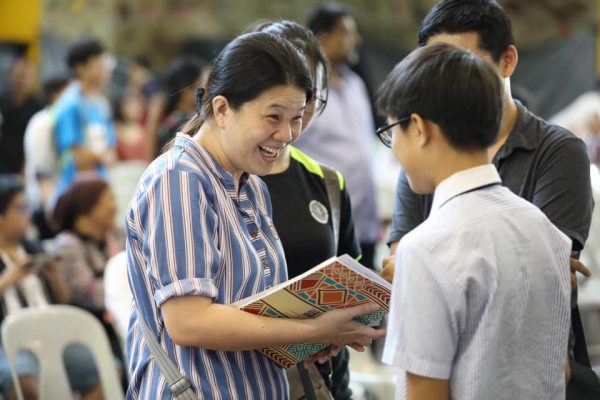 One student who sat for the examination, however, did not receive her PSLE certificate.

According to a Facebook post on Monday (25 Nov), the student was allegedly denied her PSLE report card as she had “backlogged school fees” amounting to $156. 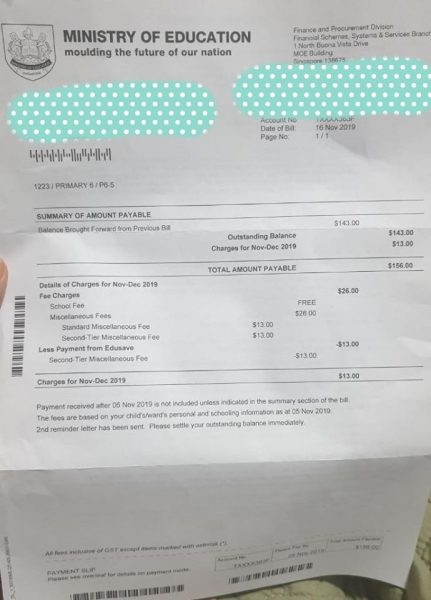 She eventually received her PSLE certificate, thanks to a kind Samaritan who helped ‘foot the bill’. 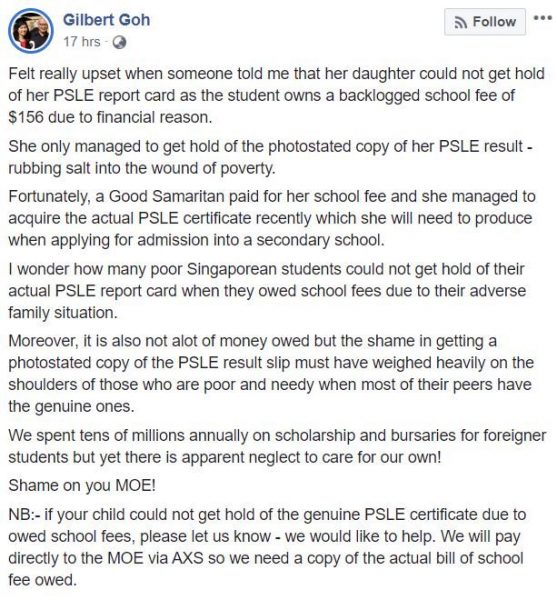 Based on the post, the student had outstanding school fees due to “financial reasons”.

Instead of receiving her actual PSLE certificate, she allegedly received a photocopied version of the actual document.

Fortunately for her, a kind Samaritan came forward to help ‘settle’ the outstanding school fees, allowing her to receive the certificate needed to apply for a secondary school. 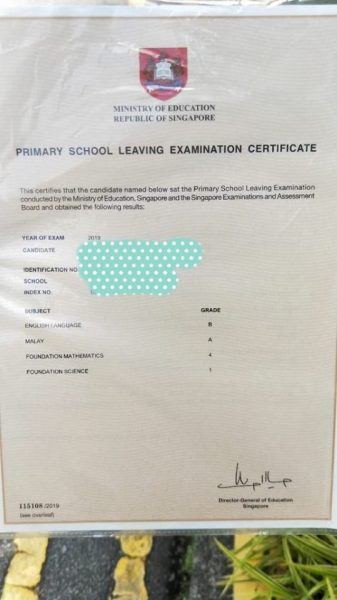 It wasn’t stated when the student got her certificate. However, Mr Gilbert Goh – the Facebook user behind the post – wrote that it happened “recently”, implying that there was a delay.

Mr Goh was outraged by the incident as he felt that the fees owed were “not a lot of money”.

Additionally, he empathised with students facing financial difficulties and said that the embarrassment faced must’ve “weighed heavily” on their shoulders, especially after seeing their peers receiving the actual certificate.

In ending, Mr Goh urged other families whose children have not received their PSLE certificates due to outstanding school fees to reach out to his organisation – transitioning.org – for assistance.

Props to the kind Samaritan

Kudos to the kind Samaritan who went out of his or her way to help the girl get her PSLE certificate.

While we sympathise with the young student, let’s not forget that this is a multi-faceted issue.

From the Ministry of Education’s standpoint, every student should pay for his or her school fees in the name of fairness.

If they are unable to do so, help is available through various avenues like the Financial Assistance Scheme (FAS), which students can apply for here.

With that in mind, do you think it’s fair for MOE to deny students their PSLE certificate on such grounds?

We’ve reached out to the Ministry of Education for comments and will update this article accordingly when they respond.