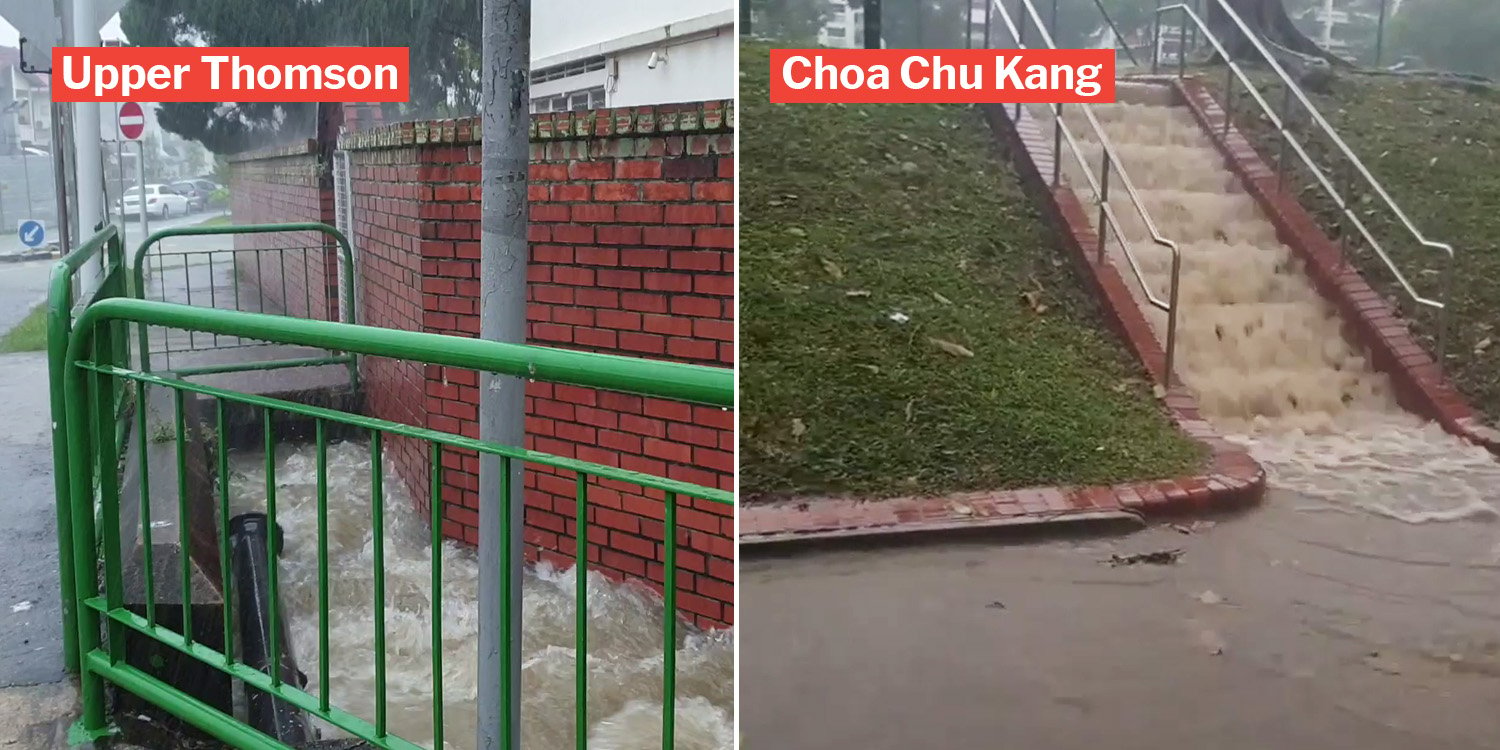 If you’re reading this from the comfort of home, you’re blessed, as this afternoon’s thunderstorm could cause flash floods throughout Singapore.

In light of the torrential downpour, national water agency PUB cautions the public against the risk of flash floods in 12 areas. 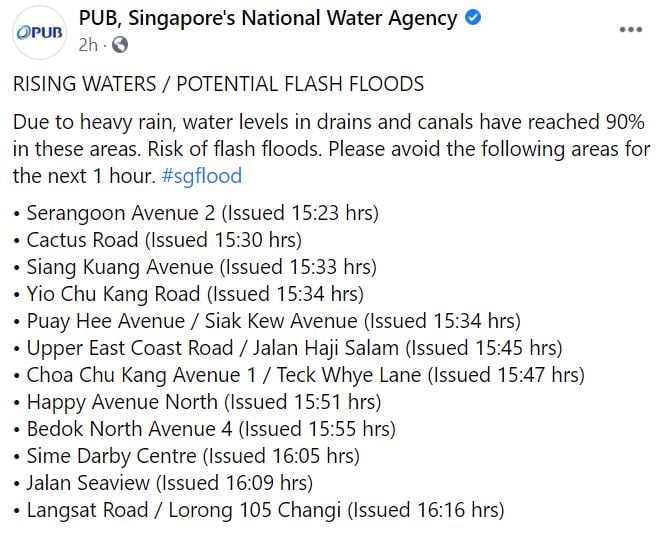 This is because water levels in drains and canals have reached 90% in the affected areas.

According to PUB’s Facebook post on Sunday (22 Nov), Singapore residents are advised to avoid the following areas:

Water levels have risen to about 90% at the drains and canals of the aforementioned areas.

PUB forewarned that heavy rain is expected to last till 5.15pm.

Meanwhile, those who had the unfortunate luck of getting stuck outdoors have reported gushing waters in public spaces.

At Block 207 Choa Chu Kang Central, muddy water cascaded down a flight of staircase as if it was a mini waterfall.

Meanwhile, at Jalan Terubok near Upper Thomson, an MS News reader saw water rapidly coursing through one of the canals along the road. 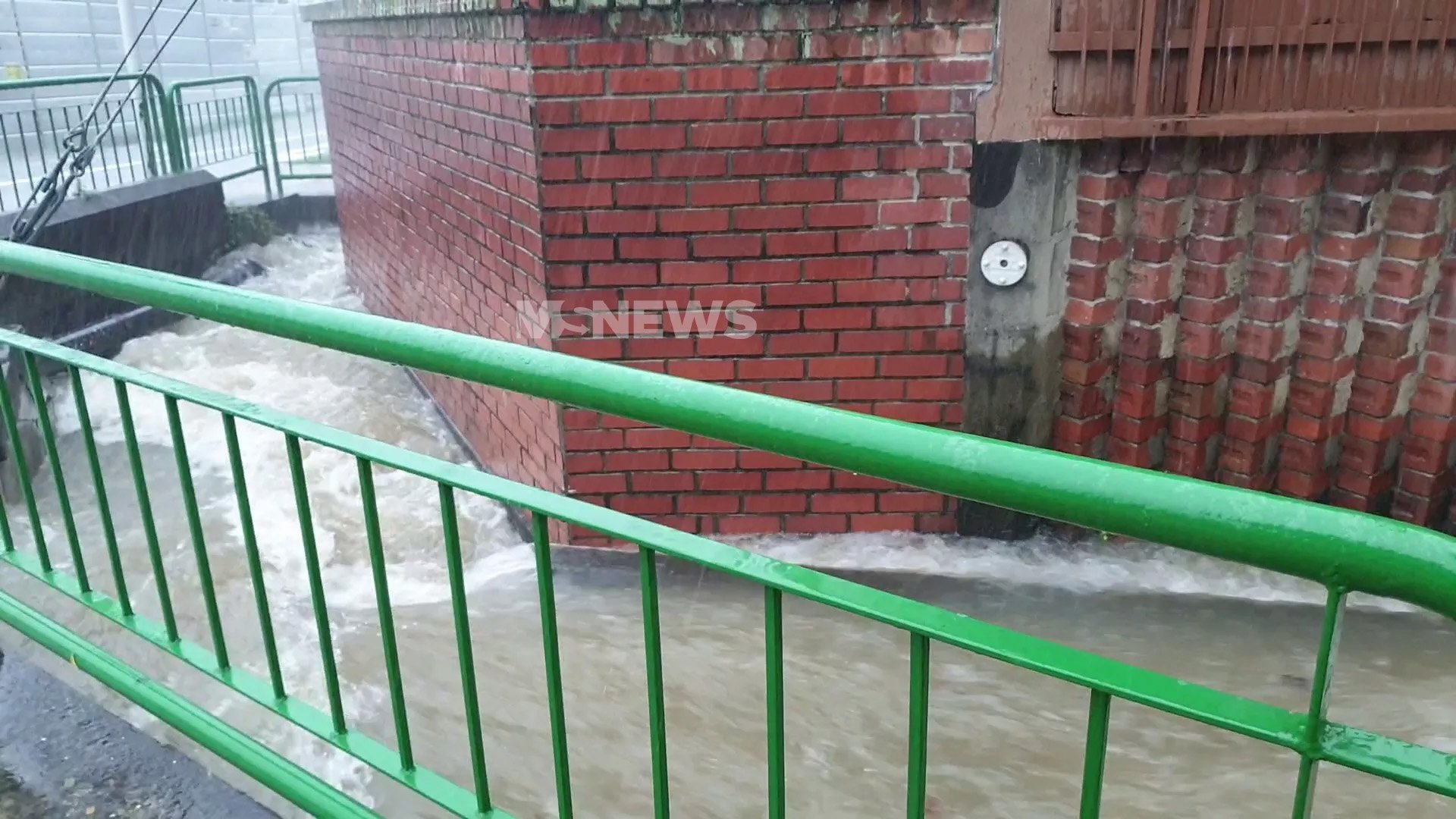 Here’s a look at the canal from several angles.

The reader described that water levels were up to her ankles at the bend of the road.

Overcast skies before the thunderstorm

Here’s a video of an overcast sky at Pasir Ris, taken at about 3pm today.

Fellow MS News reader sent another picture of the sky when he was at Loyang.

Judging by the inclement weather, it’s probably best to stay warm indoors, and keep safe from the rain.

But if you have to go out, do bring along a raincoat or a heavy-duty umbrella, as rain is expected on most days for the rest of the month.

Spotted any gushing canals or ominous thunderclouds just now? Share them with us in the comments below.

Featured image adapted from Instagram and by MS News reader.