Kudos for the fast work.

Punggol Covered Walkway Will Link To Bus Stop After Fix, It Was Blocked By Railings

Sheltered walkways in Singapore are as ubiquitous as chicken rice stalls, perhaps even more so. Their primary purpose is to shelter from rain, though on particularly sunny days, they offer shade as well.

That being said, a particular shelter in Punggol oddly ends right before the bus stop rather than links directly to it, forcing people to take uncovered paths when it rains. 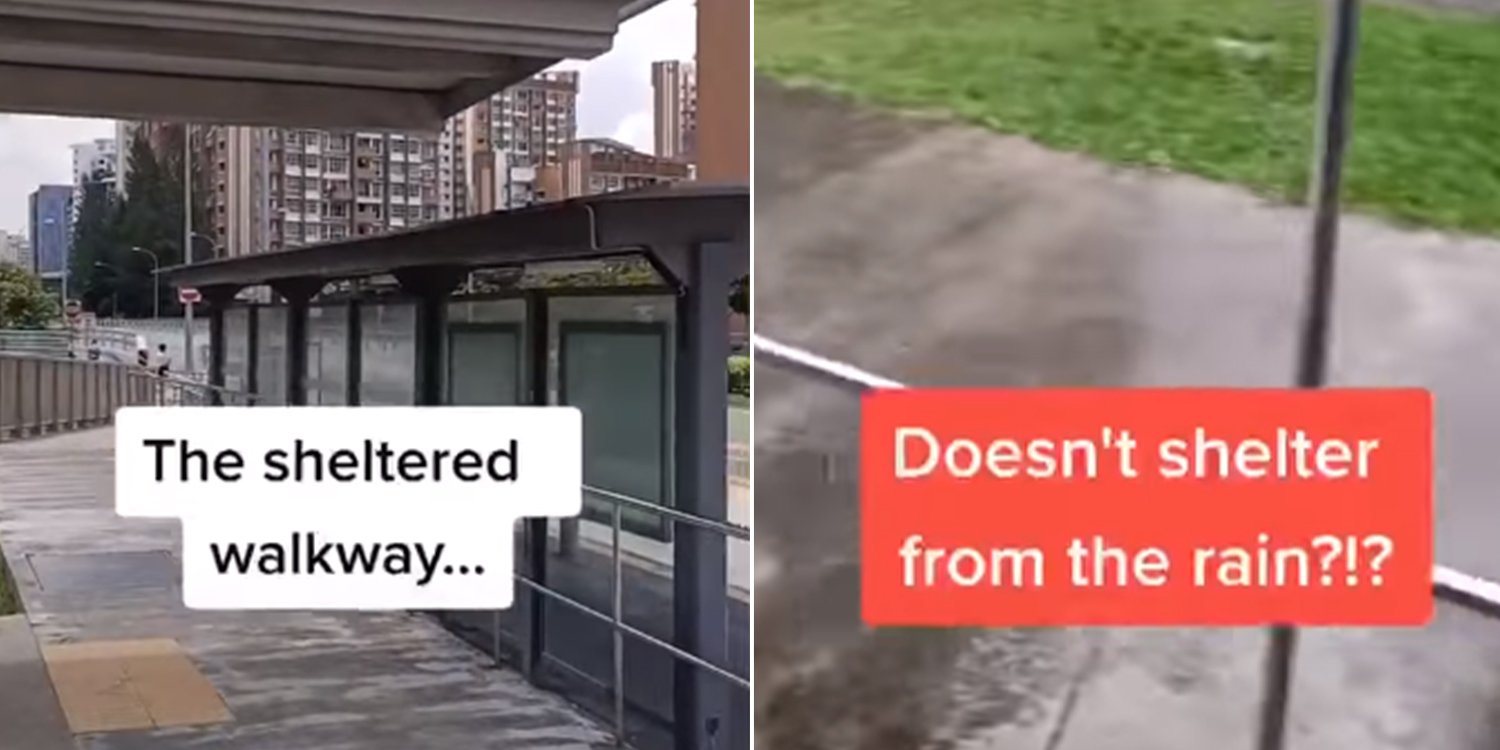 But after TikTok user @justmillennial pointed out the shelter’s design on TikTok, authorities went to work on fixing its flaws. 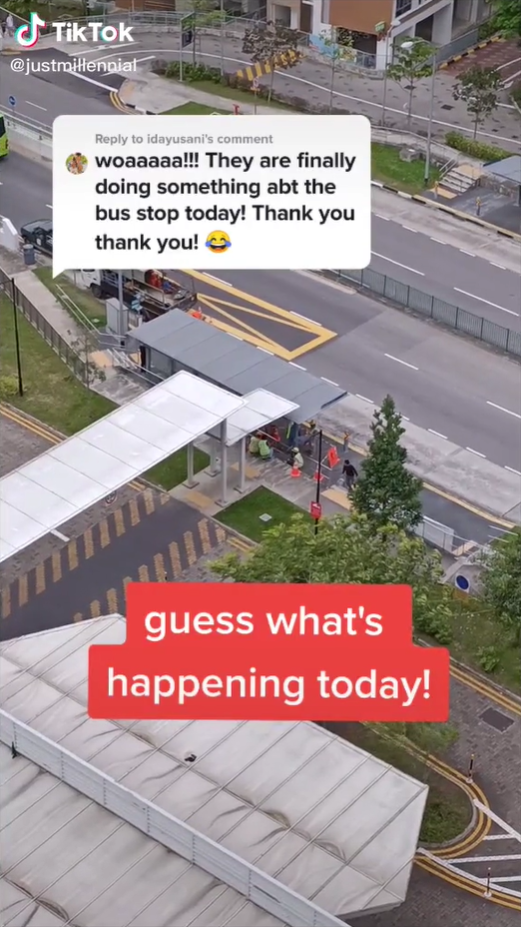 The walkway initially ended at the railings, and people were bemused as to why it doesn’t extend to the bus stop at Edgedale Plains, Punggol.

@justmillennial posted an update 2 days after his initial video, saying that there were people inspecting the bus stop.

The day after, works began on making pedestrians sheltered all the way to the bus stop. This was yesterday (5 Dec). 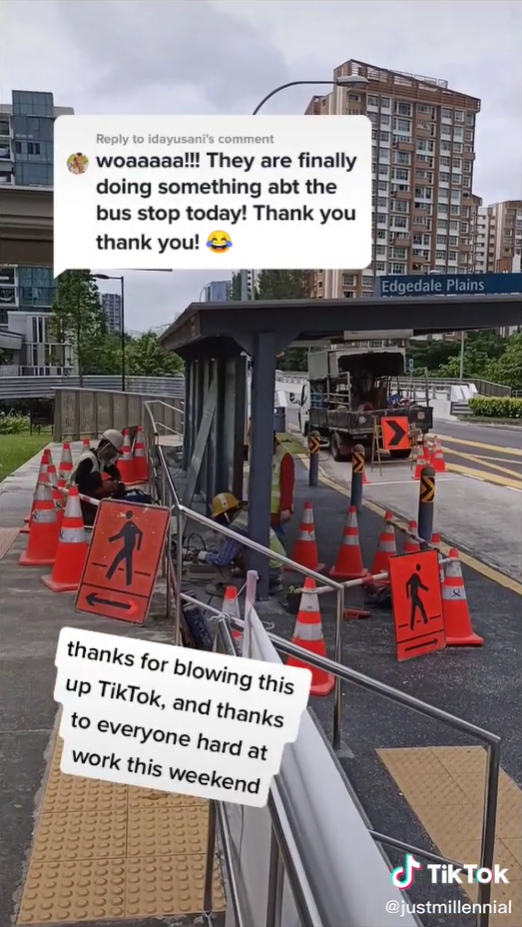 According to Shin Min Daily News, one of the bus stop’s glass screens was removed and a ramp was built to connect the bus stop to the walkway.

The covered walkway in Punggol has been around for a while, but there doesn’t appear to be a sheltered path leading to the bus stop. 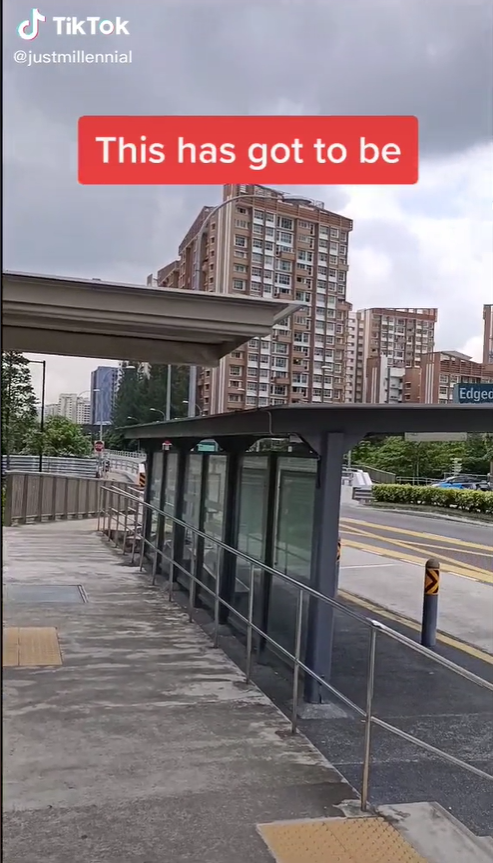 User @justmillennial even pointed out that there are barriers preventing people from using the path.

Since the video was posted on Wednesday (2 Dec), it went viral with many concurring with the OP.

Shin Min Daily News also reported that certain residents had raised the issues with the sheltered walkway since 2 years ago.

If nothing else, some lubricant via social media virality can fix certain problems quickly.

However, there are many more issues around our housing estates which are fixed quickly without them going viral on social media.

Making an issue viral should always be the last resort.

We’re glad at least, that soon people can use the sheltered walkway and not get wet if they’re going to and from the bus stop.