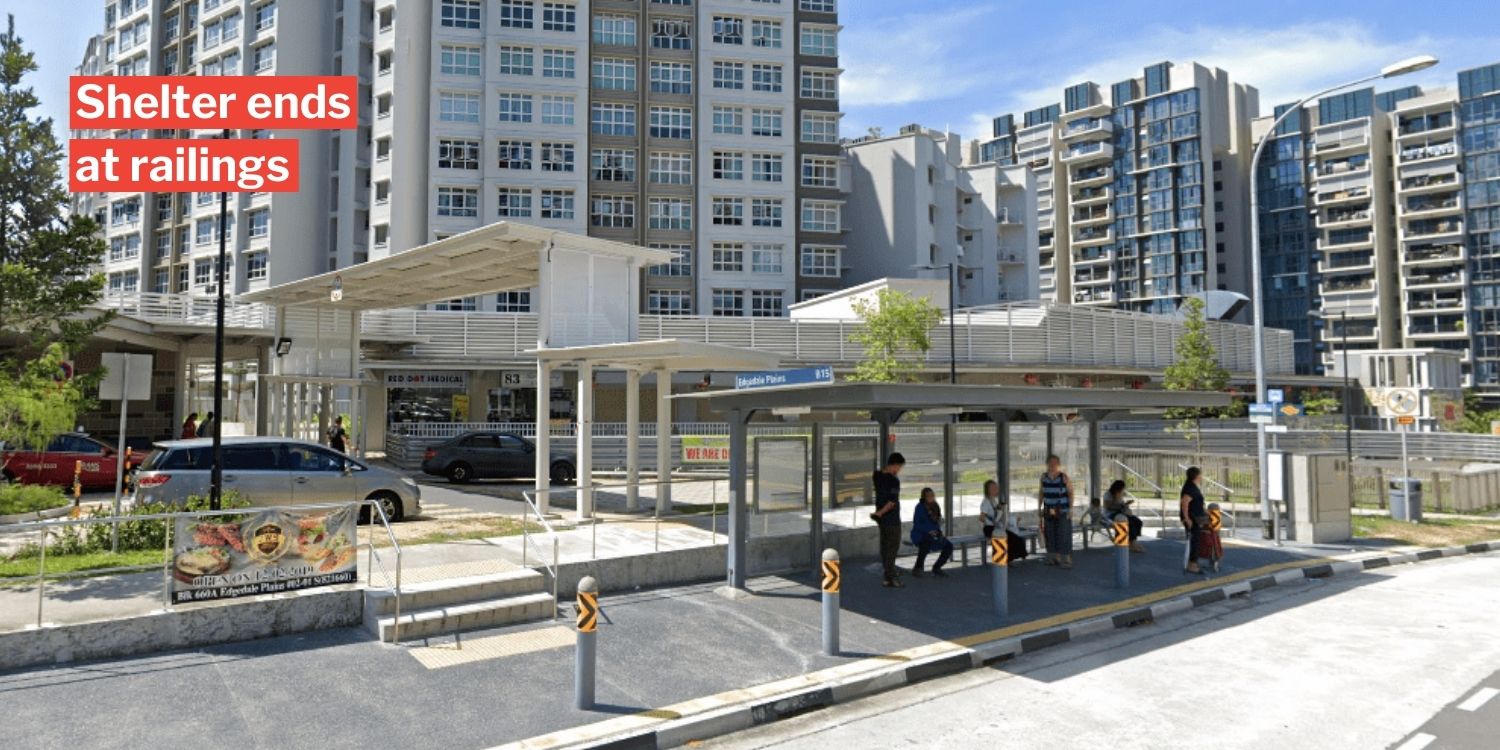 Authorities plan on extending the shelter.

Punggol Covered Walkway Does Not Shelter Way To Bus Stop

Covered walkways make life a lot more convenient and safer for residents, especially on rainy days. Thankfully, many of us in Singapore are blessed with such infrastructure in our residential estates. However, at Punggol, the design of one such sheltered walkway has come under fire for being not effective enough. 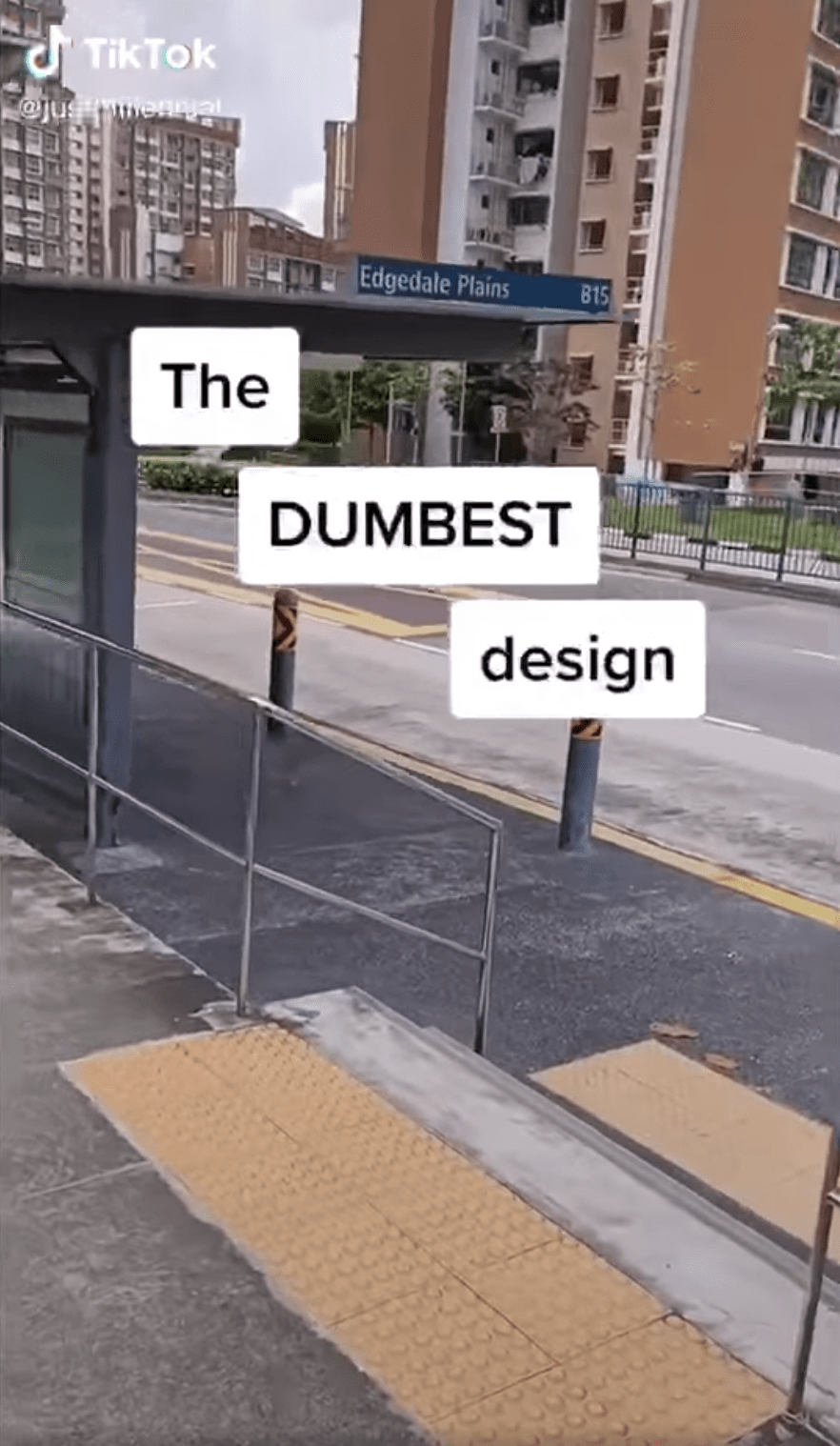 On Wednesday (2 Dec), a netizen took to Facebook to share about how the covered pathway ends at a metal railing.

He questions the point of installing the covered walkway if residents would still have to go under the rain in order to reach the bus stop.

On Wednesday (2 Dec), a netizen shared a video of the covered walkway at Waterway Sundew, located along Edgedale Plains at Punggol.

Originally posted on TikTok, the video starts off showing the shelter leading to the bus stop. On closer inspection, it becomes clear that it comes to a dead-end in the form of a metal railing. 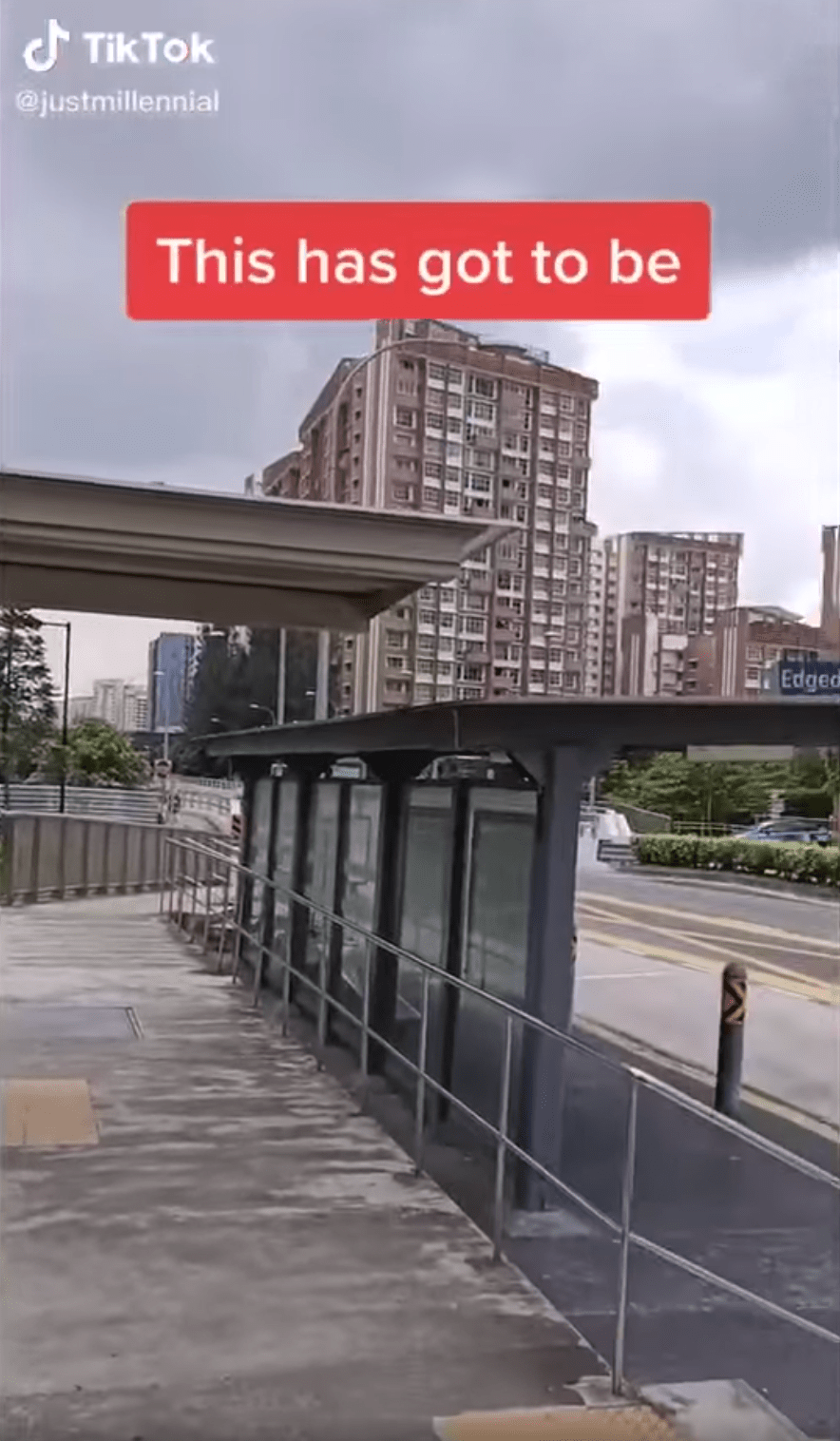 The man in the video then exclaims,

This is the dumbest design I have ever seen.

He goes on to explain that the sheltered walkway doesn’t quite shelter residents from the rain as users would still have to walk under the rain in order to reach the bus stop. 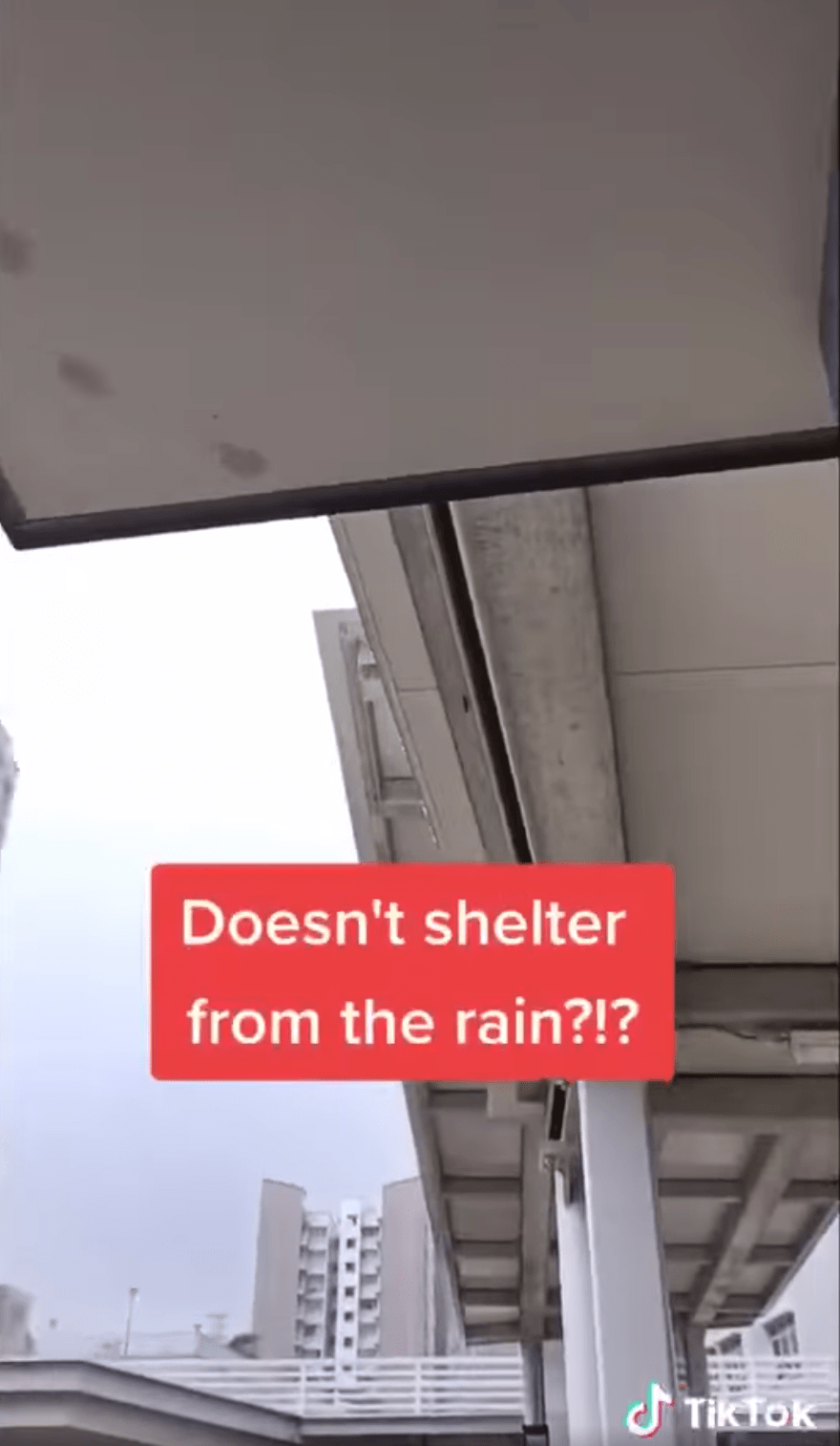 He then pans over to show the stairs under the rain, repeatedly asking “what’s the point” of the shelter. 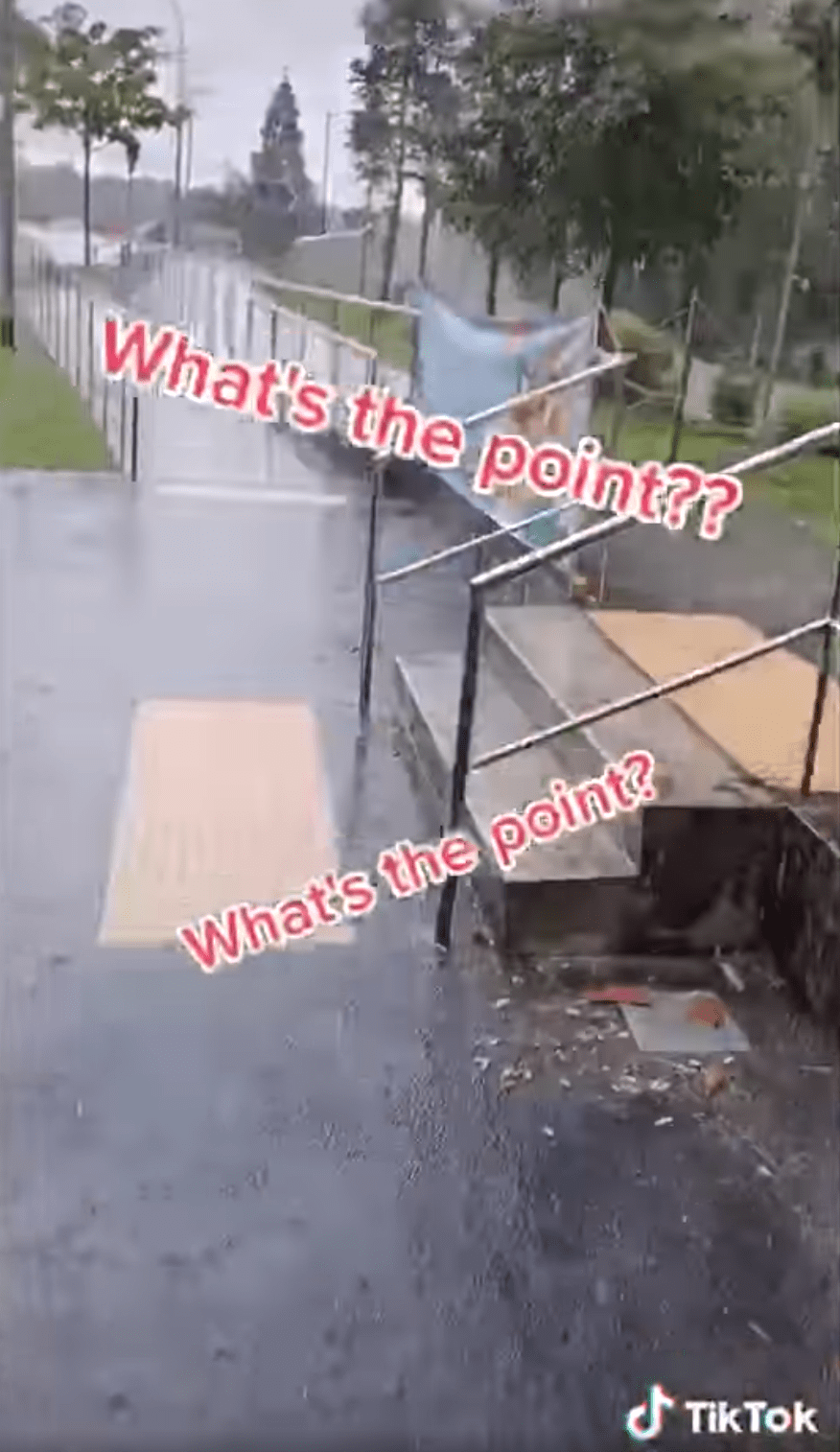 Further elaborating his point, the man then showed that the other side of the bus stop was designed in the same way, with the stairs being fully exposed. 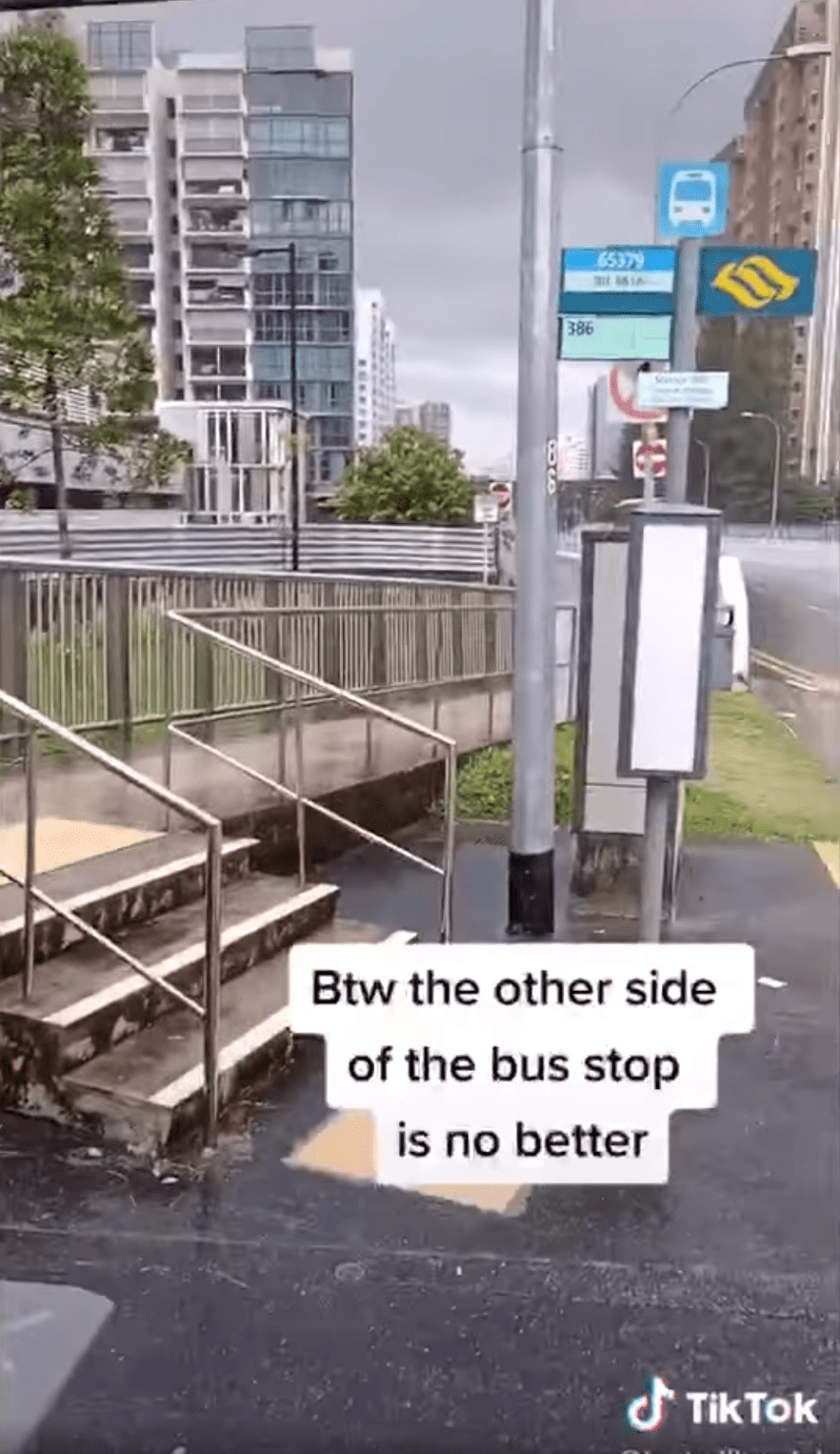 The netizen who shared the video on Facebook questioned the thought process behind constructing the shelter. 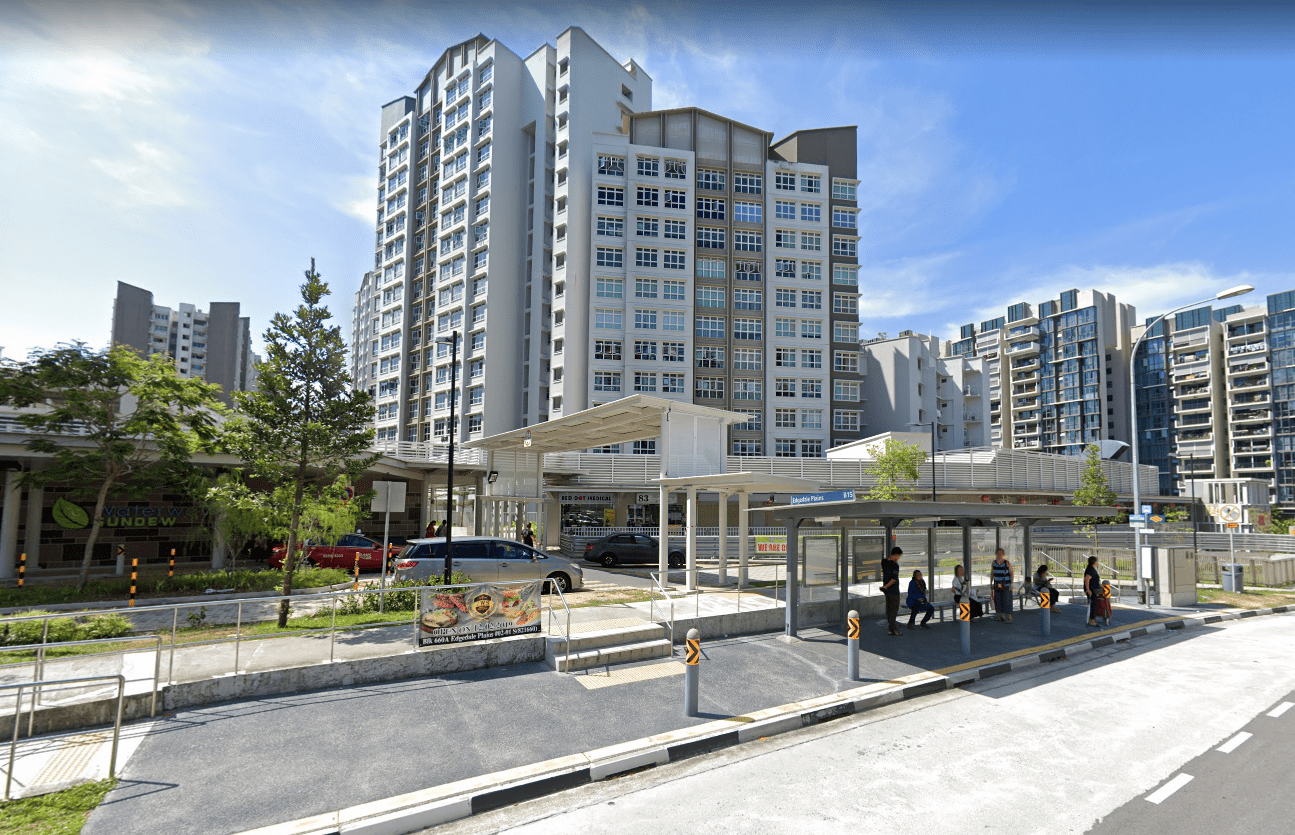 He went on to ask if rectification works were carried out, and if so, who would have to pay for it.

In the comments, another netizen said he had previously contacted the Town Council over the same issue.

However, he says it has been about a year since the complaint was lodged and nothing has been done thus far.

The netizen even shared the last email he received about the matter. 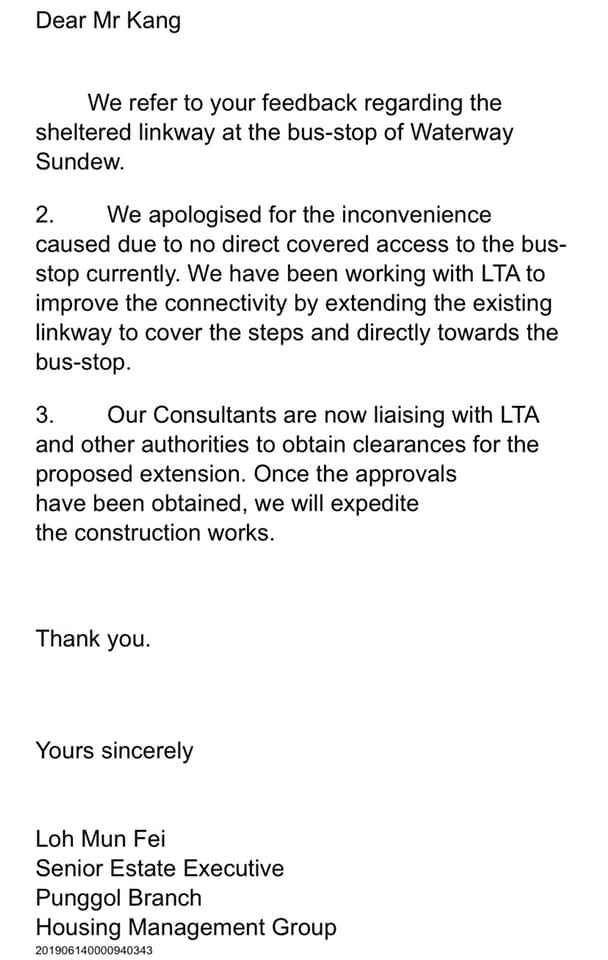 In the email, a staff from the Punggol Housing Management Group explained that their consultants are working with LTA to extend the shelter and ‘cover’ the exposed steps.

Once approved, they assured the resident that construction works will be carried out in a swiftly.

MS News has reached out to HDB and the Pasir Ris-Punggol Town Council about the issue.

Hope design would be optimised soon

Sheltered walkways enhance residents lives in many ways, allowing us to get between places with additional convenience and safety.

We hope the design in question would be optimised soon to allow users to get to and from the bus stop without having to get under the rain.

Hopefully, with more rainy days coming our way, residents at Waterway Sundew will soon be able to reap the full benefits of the shelter.