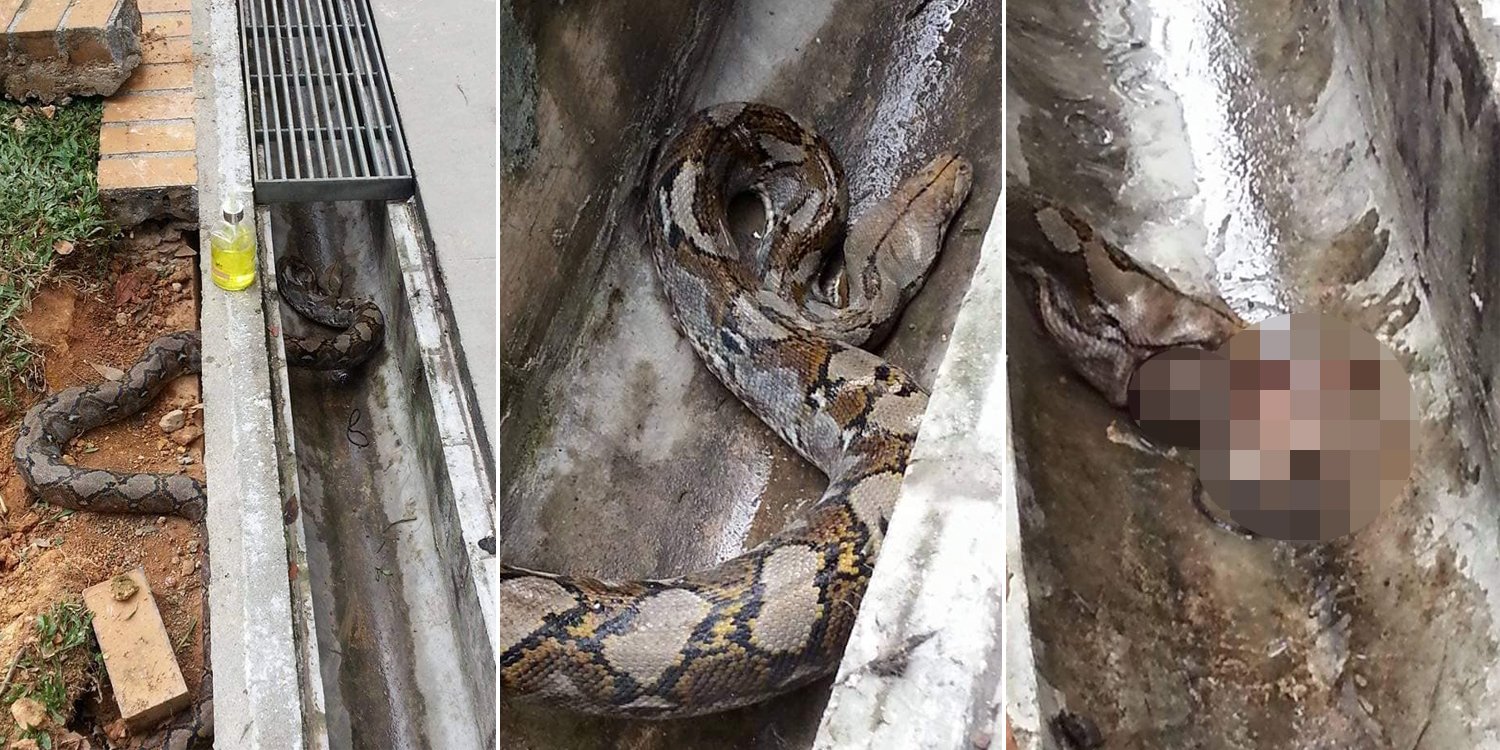 UPDATE (8 Mar): ACRES has reached out to say that their officers weren’t the ones who rescued the snake. They weren’t alerted to the incident, which they found had actually taken place in 2020 before ‘Circuit Breaker’.

Note: Some pictures below have been censored due to their gory nature.

Despite how highly urbanised Singapore is, massive pythons do make appearances from time to time in our heartland estates.

Gigantic Python Spotted Along Mandai Road, Netizens Wonder If It’s Coiled Around Something

Recently, a spotted python was stuck in an HDB drain. Later on, when ACRES officers arrived to help it out of the predicament, the serpent reportedly regurgitated what was likely its latest meal — a large rat. On Saturday (6 Mar), a netizen took to the Singapore Wildlife Sightings Facebook group to share about the bizarre encounter. 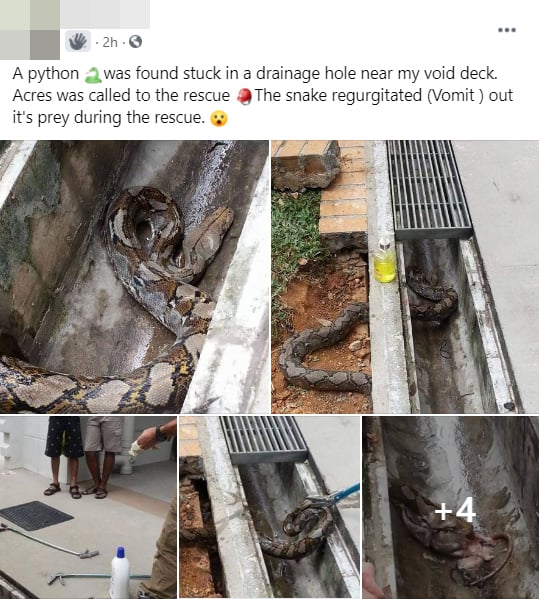 According to the netizen, the massive python was stuck in the drainage hole near a void deck.

While the surroundings appear to resemble that of an HDB estate, the exact location, however, wasn’t disclosed.

ACRES officers later arrived on the scene to help with the situation.

In order to ‘release’ the snake, bricks lining the drain reportedly had to be removed. 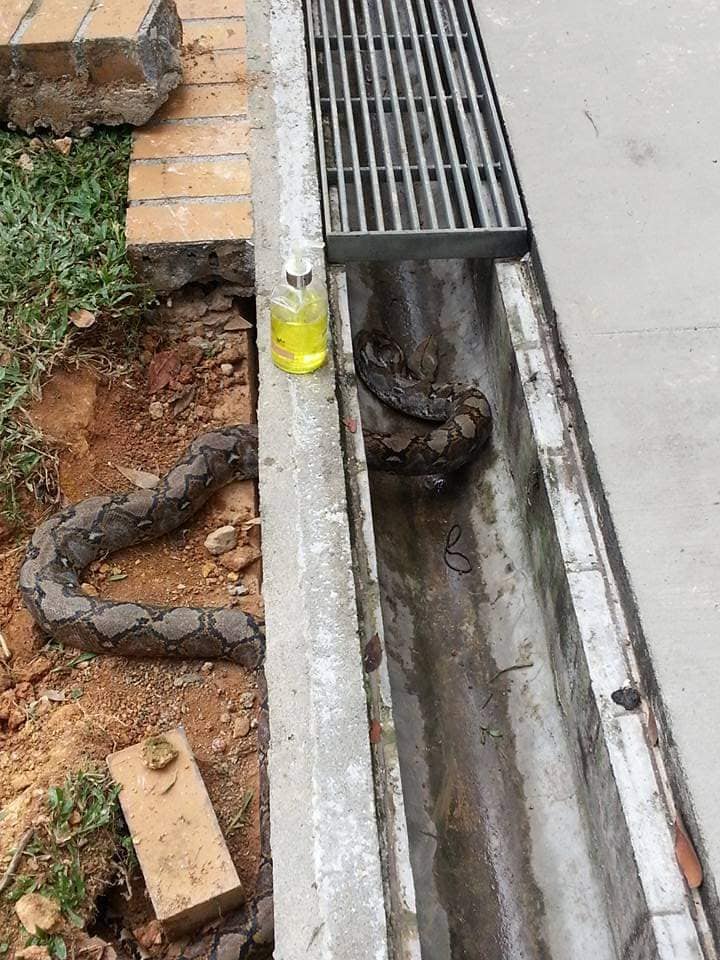 Lubricant also had to be applied so the snake doesn’t get injured in the process.

What was perhaps most bizarre was that halfway through the operation, the snake apparently regurgitated a half-digested rat. You can see the uncensored pictures here. 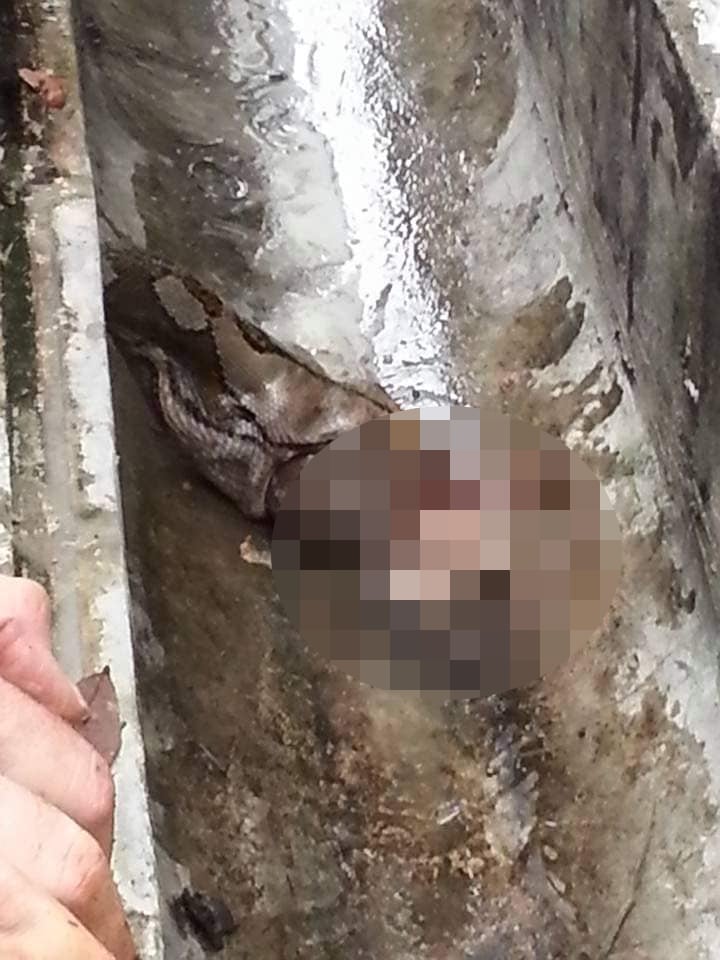 Chances are, the tight drainage hole must have ‘squeezed’ the rat out of the python’s body. Snakes, after all, swallow their food whole. The rat’s legs and tail were still intact, perhaps suggesting that the rodent was the snake’s last meal. 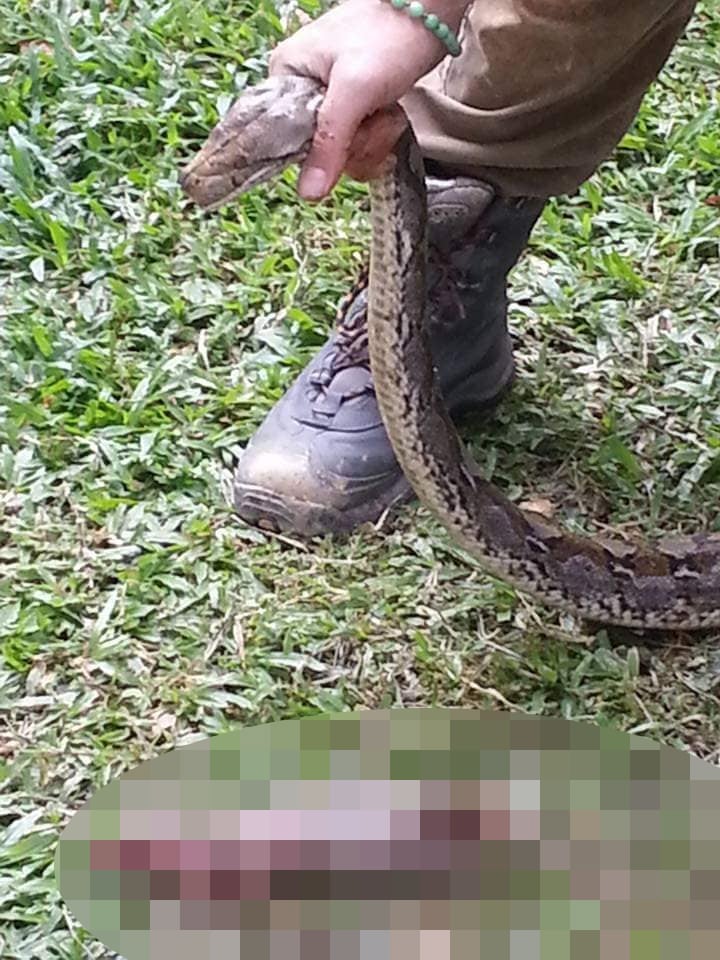 MS News has reached out to the netizen for more information on this incident.

Stay calm if you encounter a snake

Kudos to the residents who informed the relevant agencies about the situation, saving the python in the process.

Though most of us would feel uncomfortable in the presence of such a large snake, we guess the python in question appear to be aiding us when it comes to getting rid of rodents.

That said, if you happen to encounter a snake, follow NParks’ advice by staying calm and call for professional help.