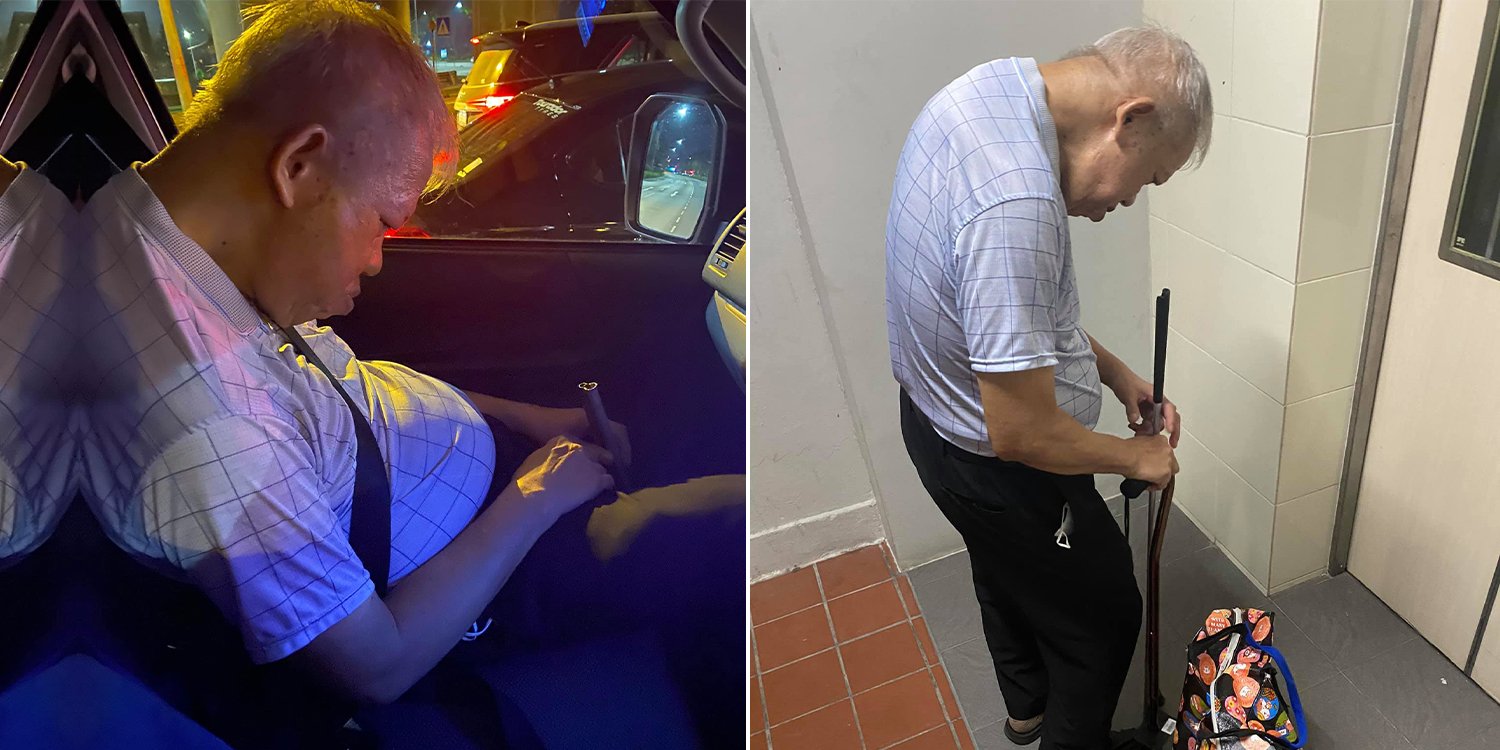 Even though many senior citizens in Singapore can retire, some continue to work and get by in their own way despite their advanced age. On Tuesday (1 Dec), a man happened to spot a blind uncle selling biscuits late at night and offered to send him home. 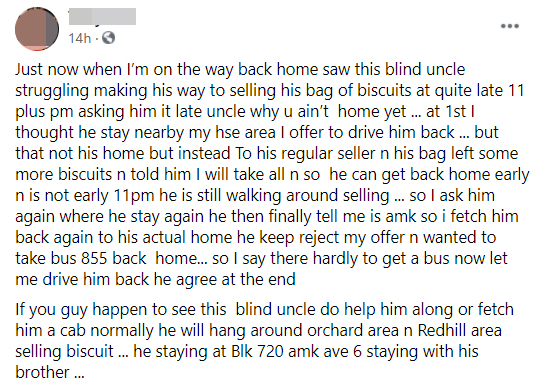 Concerned for the uncle’s well-being, the man took to Facebook to ask others to help in his sales or perhaps hail a taxi to send him home if they spot him.

Mr Tan was heading home after dinner when he chanced upon a blind uncle selling biscuits past 11pm in the Redhill area.

Curious, Mr Tan asked why the uncle hadn’t gone home yet, and offered to drive him home.

But the uncle apparently still had biscuits left to sell. Mr Tan then told him that he’d buy the remaining biscuits so he can get back home earlier.

When Mr Tan asked him again where he stays, the uncle finally relented and told him that he stays in Ang Mo Kio. 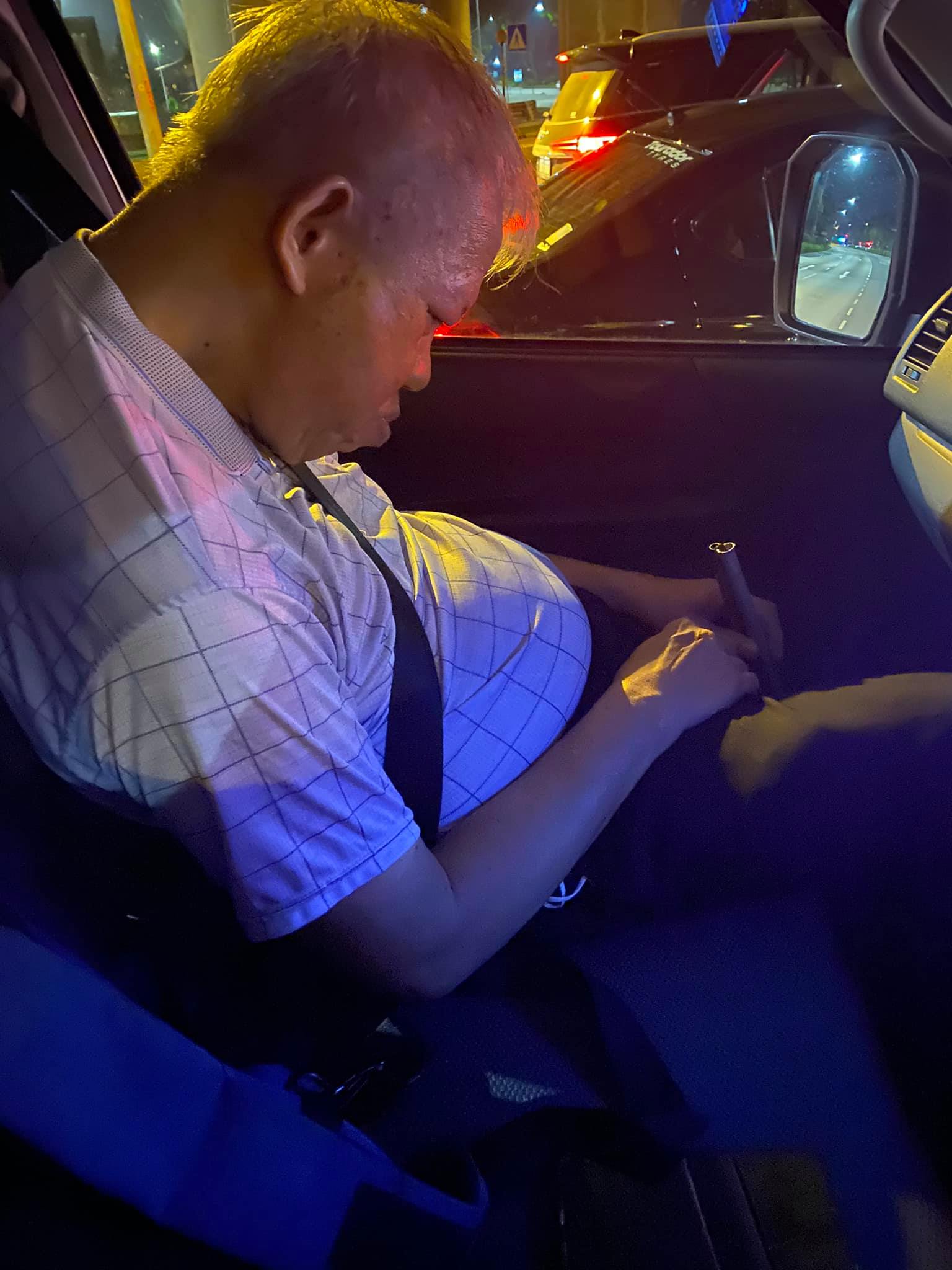 After all, Mr Tan said that it was late and chances of getting a bus home was low. Eventually, the uncle was safely brought back to his home in Block 720, Ang Mo Kio Avenue 6. Mr Tan then implored upon others who see the uncle in the Orchard/Redhill area to help him out or hail a cab for him.

Look out for those who may require help

Apparently, Mr Tan has seen the blind uncle selling biscuits in his area since he was young.

When chatting with him, he found out that the uncle has been doing this for over 40 years, and his vision started blurring in his 20s.

Certainly, there are others like him, who get by day to day in their own way despite their advancing years.

Kudos to Mr Tan, who spotted the blind uncle and sent him home, preventing him from having to take the bus back.

Hopefully, others can also extend a helping hand out to people like him.