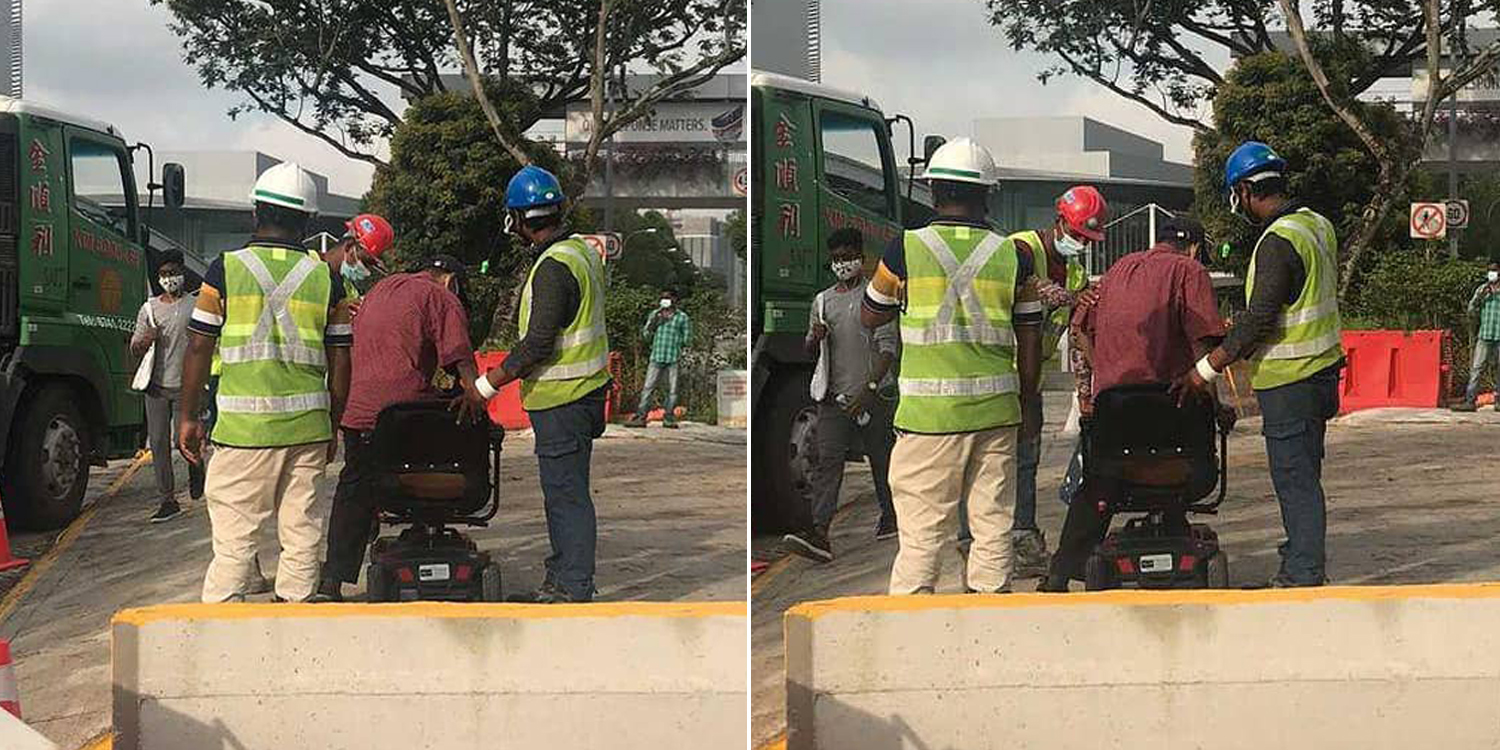 Elderly Unable To Pass On Scooter Due To Woodlands Construction, Workers Step Up To Help

Helping an elderly cross the road may sound like just any other typical kind-Samaritan story. Nonetheless, hearing such accounts never fail to warm our hearts.

So when a student passed by a worksite and saw construction workers assisting an elderly man on a scooter, he decided to share the incident. 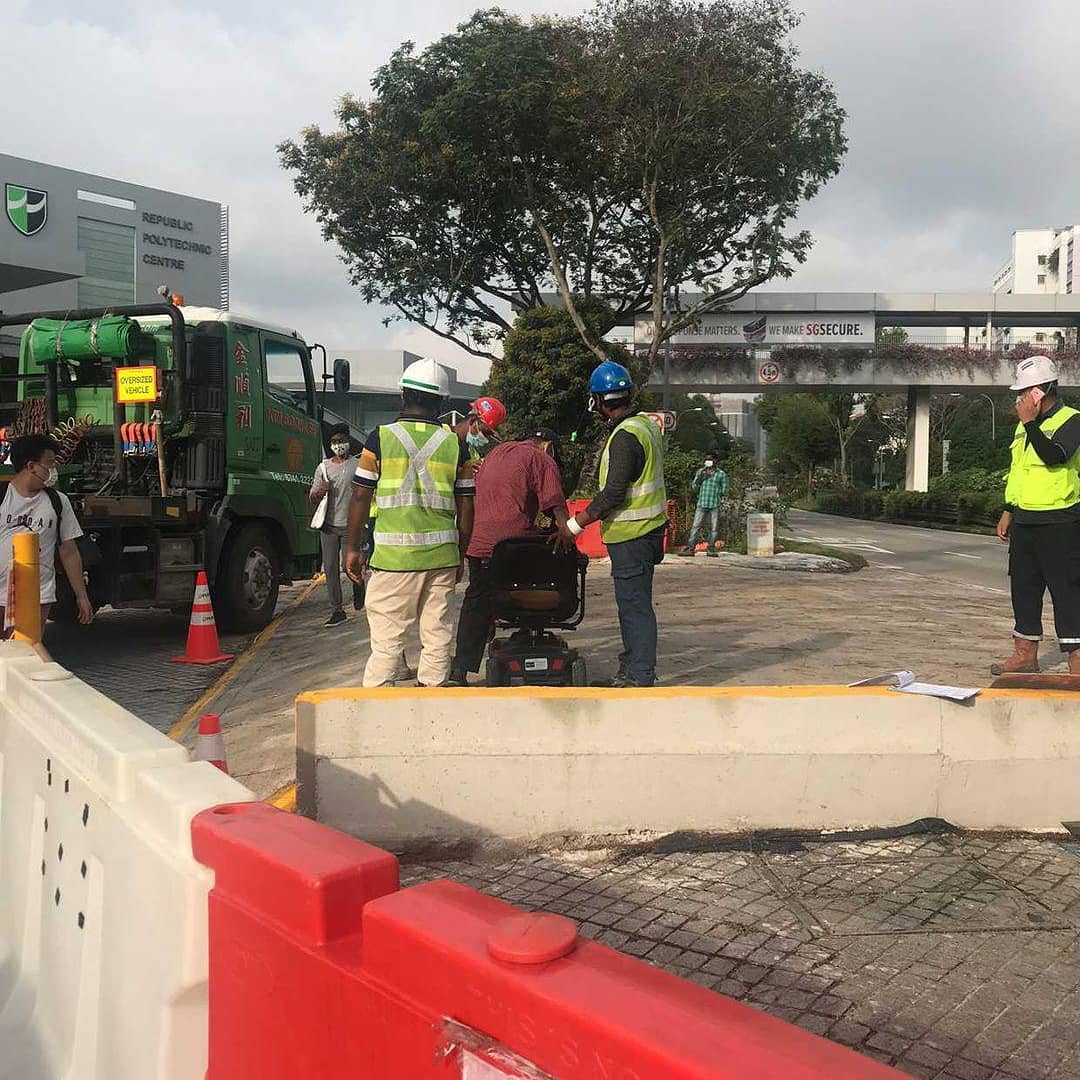 According to him, the workers apparently stopped their work just to help the elderly man get across the path.

On Tuesday (20 Oct), an elderly man on a scooter reportedly struggled to make his way across a construction site outside Republic Polytechnic.

Due to construction works, the path was blocked off and the man could not pass on his 4-wheel mobility scooter.

Without hesitation, a few construction workers stopped their work to help the elderly man get across the path. The kind construction workers were seen holding onto the elderly man, ensuring he got safely back onto the seat of his scooter.

Path outside Republic Poly cordoned off for construction

The incident appears to have occured on the pathway right outside One-Stop Centre @ Republic Polytechnic along Woodlands Avenue 9.

At the time, a student was apparently walking out of the campus with his friend when he witnessed the construction works.

The works caused the path to be cordoned off and pedestrians had to take a detour.

That’s when he caught sight of the heartwarming encounter between the construction workers and the elderly man.

Like the student, other netizens were also moved by the small act of kindness shown by the construction workers.

This netizen praised the workers for halting their work and helping the elderly man out.

Another Instagram user said that the construction workers’ seemingly simple actions made his day.

Kudos to the construction workers for their willingness to help others — we’re sure the elderly man appreciated their actions.

News and social media can often be rife with negativity, but it’s nice to see such simple acts every now and then, showing us that humanity is still very much present on our little island city.

Though small, the construction workers’ actions are a huge inspiration for the rest of us.