Incident happened at 3am.

Stories of good Samaritans helping the elderly cross the road may not be new, but they always touch our hearts nonetheless. So when someone was spotted helping an elderly man cross a street in Geylang recently, it caught onlookers’ attention. Going further than simply guiding the elderly man across the street, his selflessness moved a Facebook user greatly.

On Monday (28 Sep), the netizen uploaded the video of his encounter with the caption:

A kind foreigner helps an elderly man across the street! He may have had suffered from a stroke before. He couldn’t hold his bladder. Gavin went to a small 7-Eleven to buy him disposable underwear and wet wipes. This foreigner must be praised.

According to STOMP, the man, named Gavin, came from Scotland in January this year.

He was at a coffeeshop at 3am when he saw the elderly man stumbling across the street. 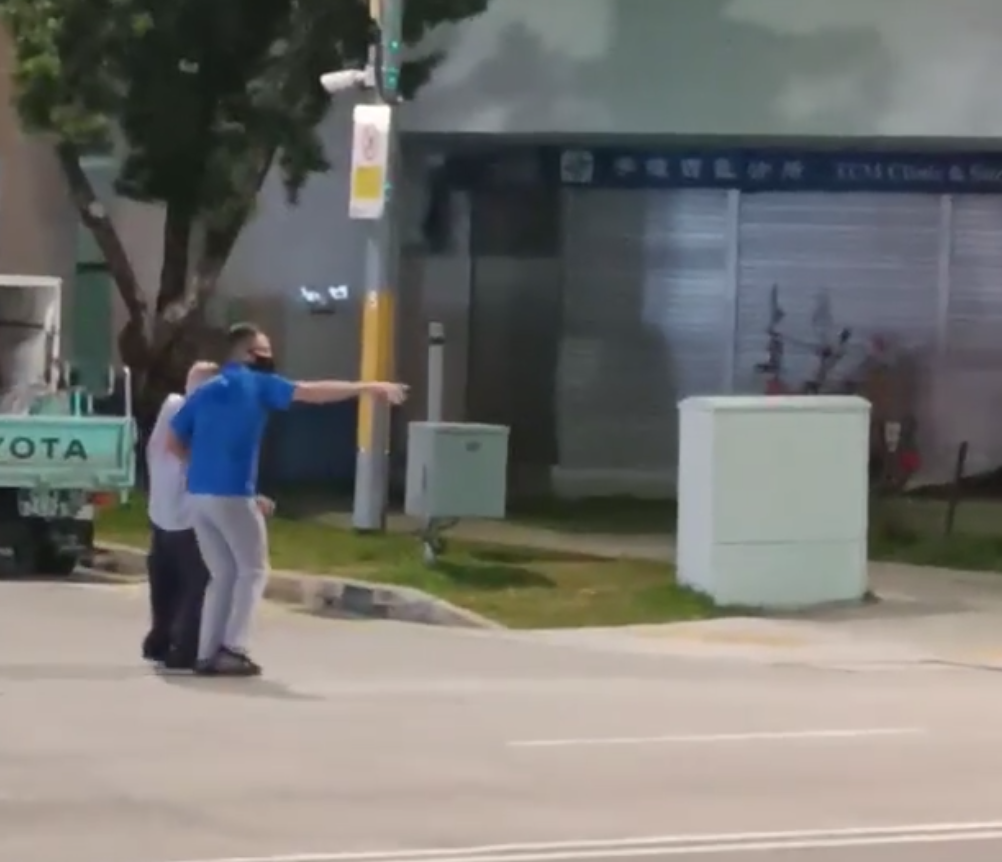 Concerned about his safety, Gavin crossed the street to ensure that all was well. Unfortunately, he realised that the elderly man had soiled his own trousers with urine. 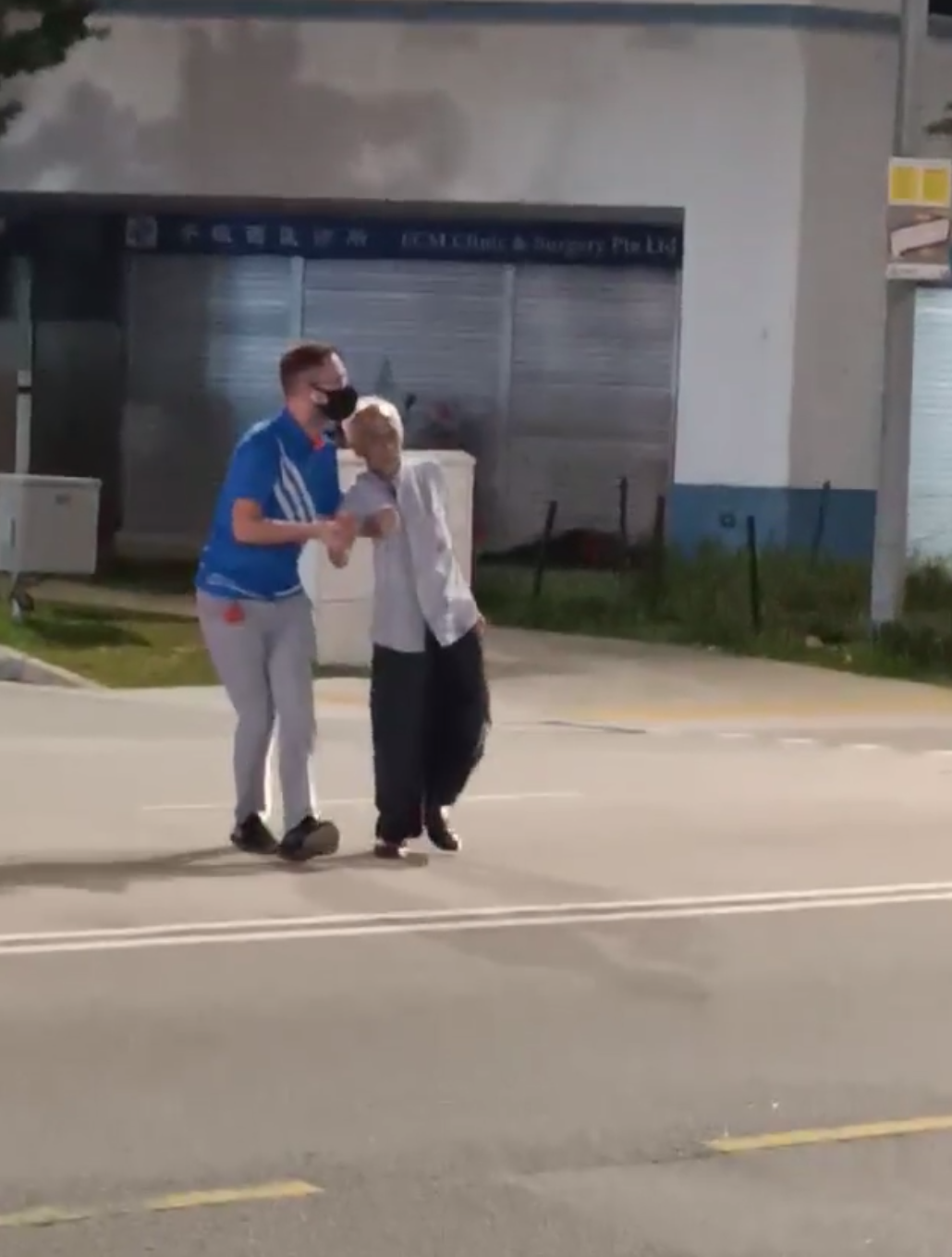 As the elderly man couldn’t walk very fast, the green man on the traffic light turned red while they were crossing, but the pair managed to reach the other side safely. 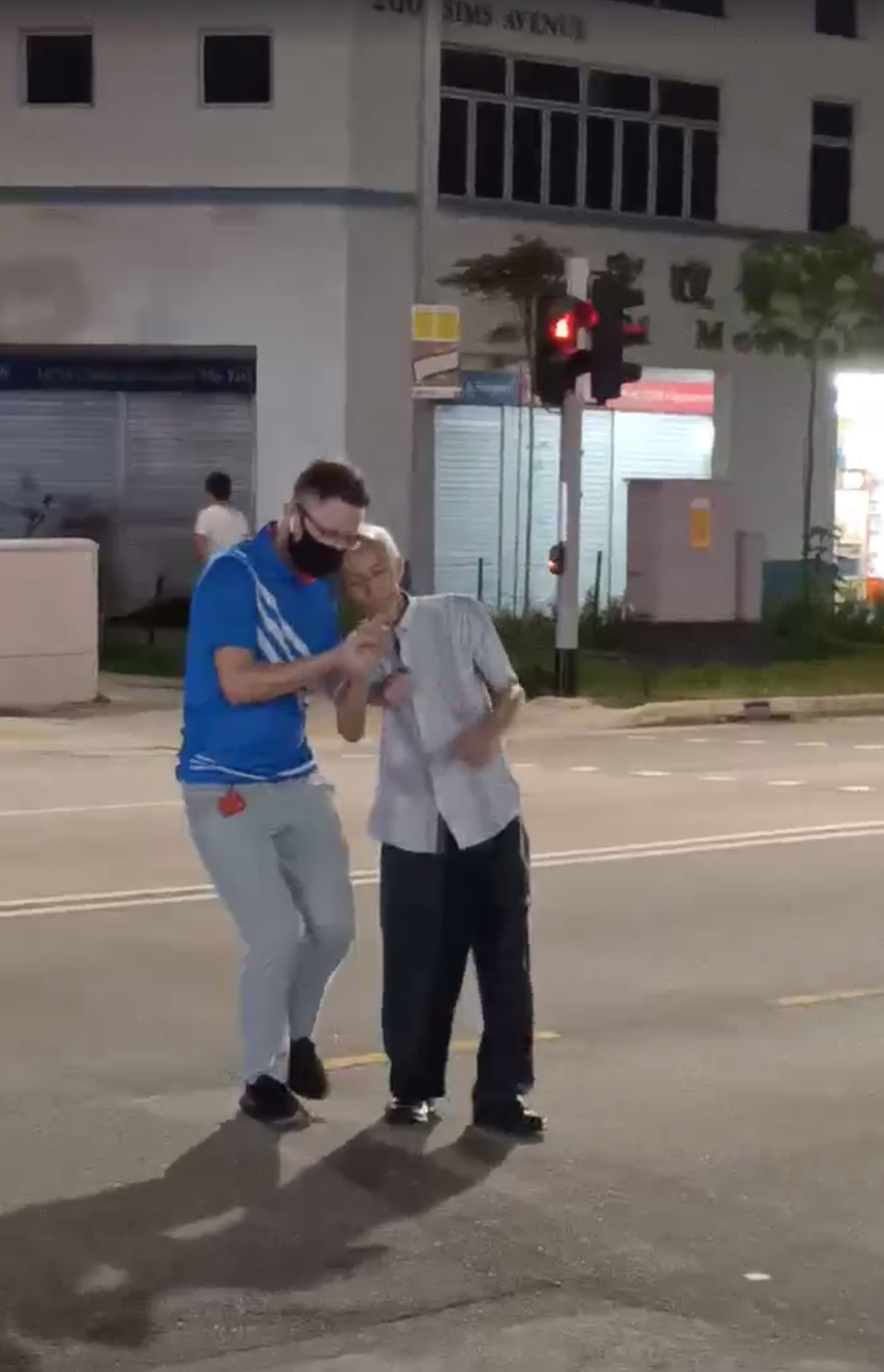 Towards the end of the video, the elderly man smiled gratefully at the person behind the camera. 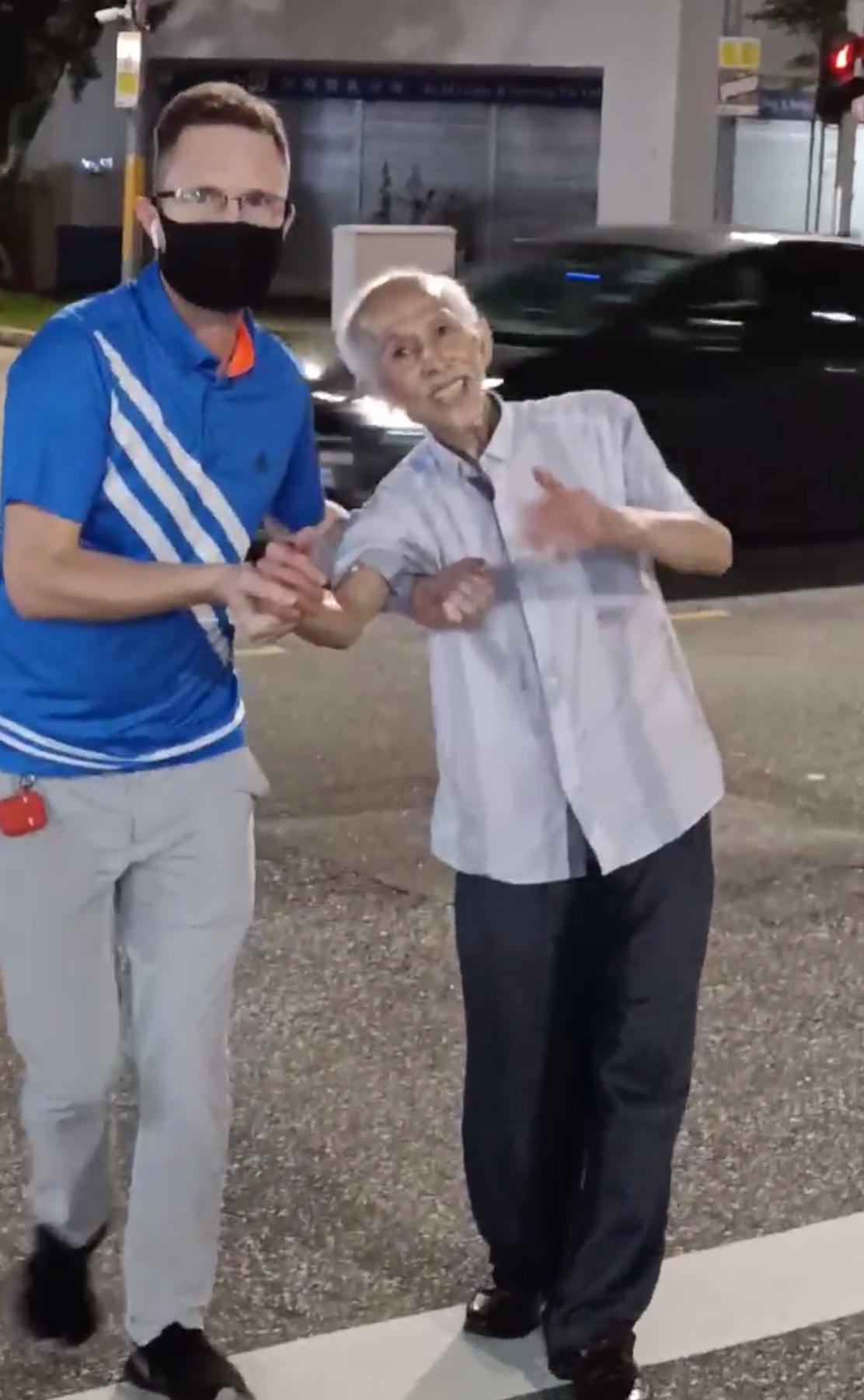 Knowing that he could not leave the elderly man in this state, Gavin went the extra mile and bought the uncle a pair of disposable underwear and wet wipes to clean up.

He told STOMP that he hopes the uncle is well and would like to meet him for tea one day. Gavin added that his mother had always told him to respect elders and show love to them.

It’s no secret that we’ll all grow old one day.

Thankfully, there are people like Gavin who are willing to extend a helping hand to uncles and aunties in need of assistance. We wish that all is well for the elderly man, and hope the two will get to catch up over tea or coffee soon.